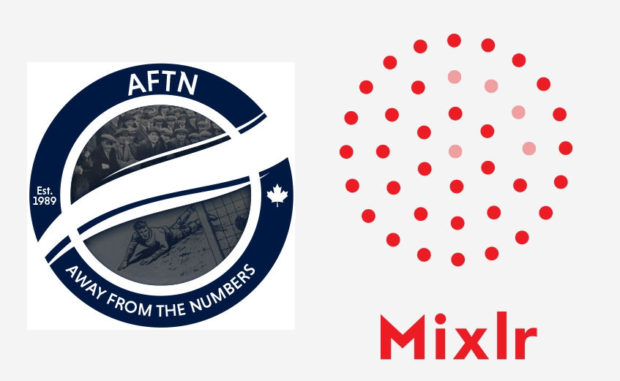 We’re about to hit the four year mark for “There’s Still Time” – The AFTN Soccer Show. That’s 176 episodes and counting so far.

The big news about the podcast this year was our move to CiTR Radio, where the show will be broadcast every Sunday evening at 11pm.

Our first two shows are in the bag, but we’ve never been ones to rest on our laurels at AFTN and are always looking for exciting, new and innovative ways to expand and bring you even more great coverage of the Whitecaps and the local and national soccer scene here in BC and Canada.

With that in mind, we’re pleased to announce the first of two new projects we’re going to be launching here at AFTN this week – our own internet radio channel on Mixlr.

You can find our Mixlr channel page HERE, and the plan is to bring you a number of live broadcasts over the course of the year, which you can listen and take part in via the website or through the Mixlr app.

Broadcasts of what though, I hear you wonder. A huge variety of things is the answer, with the possibilities endless, such as live fan commentaries of certain away matches, live scrums from training, live postgame audio, live press conferences, live chat, and just some live broadcasts to shoot the shit whenever we feel like it and have stuff we want to talk about.

Some months there might be just one broadcast, some there might be half a dozen or more. We’ll just see where the mood takes us and what the reaction to it all is.

We’re also working on a couple of exciting non-Whitecap ideas and shows, and not all of them are soccer related!

And if you can’t listen live, fret not, as all broadcasts will be available on the showreel to listen to on demand.

This isn’t just going to be your boring old play by play commentary with a bit of colour thrown in (mainly because we don’t have the media rights for that kind of thing – although if the ‘Caps don’t get a deal done soon, we are available!).

It’s just going to be a bunch of us sitting round, watching the game and chatting about what’s playing out and the main talking points from the matches. Also the great thing about Mixlr (which I’ve used a lot this past year to listen to English non-league and FA Cup games) is that’s it’s a fully interactive experience, with a chat room where we can get you, the listeners, fully involved in the broadcast and chat.

We’re hoping to kick things off this Wednesday with some fun commentary of the ‘Caps final match in the Rose City Invitational preseason tournament in Portland against the Timbers.

Although this could end up just being a trial run with just me broadcasting during the second half to test out some settings, but we’ll keep you posted and see what happens.

Check the AFTN Twitter feed on Wednesday for the latest update on that and for all future broadcasts that we have planned.

For this to work we need your involvement and your feedback, so take part, and help us bring our ‘Caps coverage up to yet another level.