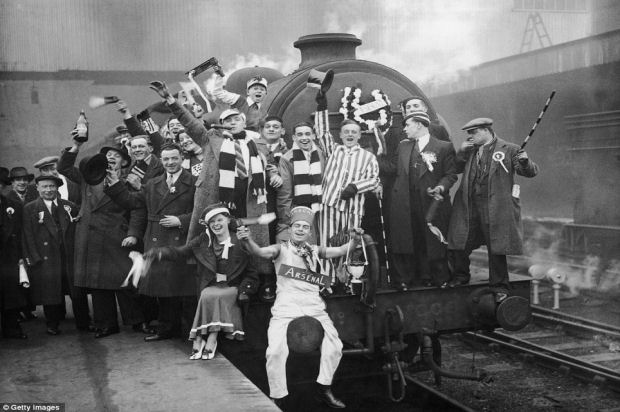 We’ve mentioned this a couple of times before in the blog, but one of my big bugbears about watching football in North America is the lack of opportunities to follow your team away from home. As someone used to watching their team week in, week out, home and away, it’s difficult to be reduced to only be able to go to home games.

For me, part of the whole football fan experience is cheering on your team in opposition territory. There’s nothing like it. The expanse of North America and the costs of travelling prevent the every game home and away culture from taking hold, although those fans that are making some trips in a season have to be admired. Vancouver to Puerto Rico for a Sunday day out isn’t really an option though!

After the disaster of trying to take in my first Vancouver Whitecaps away game down in Portland in May (see blog entry on May 30th), I finally popped my away game Caps cherry on Thursday night in Portland.

A 625 mile round trip, 17 hours of travelling, a two and a half hour delay to get through the border on the way down and a 1-0 defeat for the Caps, was the story of the trip. It was worth it though. You have to take any opportunities you can to take in an away game.

The trip down was made a bit more special by being the official transporter of the Cascadia Cup. It’s not every day that fans are entrusted with such tasks – just ask the US border guards!

The Cascadia Cup is a trophy that is played for each season by Vancouver Whitecaps, Portland Timbers and Seattle Sounders. It was started in 2004 by supporters of all three of the Clubs and is awarded to the team with the best record against the other two teams over the season. Vancouver won it in 2008 and this season’s Cup was all dependent on the result of Thursday’s game.

The game itself saw Portland secure the Cup with a 1-0 win, thanks to a first half goal from Ryan Pore after 30 minutes. The goal came from a quick Portland counter attack after Martin Nash was dispossessed in midfield and Pore did well to turn and run on to score, despite Wes Knight’s best effort at keeping the ball out on the line.

It was a pretty evenly matched game with Portland hitting the woodwork and Jay Nolly producing a string of fine saves and Vancouver looking to have scored an equaliser from Marlon James that Timbers goalie Steve Cronin produced a fantastic last ditch save to keep out.

A draw would have seen Vancouver win the Cup, and get a much needed league point, but it wasn’t to be and at the end of the game we handed over the Cascadia Cup and you could see what it meant to the Timbers Army.

It was quite a surreal experience walking around the pitch and handing the Cup over to the Timbers Army representatives, but with the mutual repsect shown by both sets of fan groups it is one I will remember for a long time.

It was a great experience down at PGE park. It’s a bit of a weird ground to watch the game from, as it’s primary use and design is as a baseball stadium, but if all the necessary redevlopment is approved then come MLS time in 2011, it’s going to have seating in a U-shape I believe, as opposed to the current J-shape of the stands. Hard to explain, best to look at a picture of it all! (CLICKY).

The beer garden that takes up the area beneath sections 118 to 123 is fantastic, with the old fashioned looking bar underneath the stands a nice addition but one we were told might be disappearing with the renovations, which would be a real shame.

So what’s it like being an away supporter in the States? Well we found it a good experience. It reminded me a lot of East Fife’s trips down to Berwick. Before the game, sharing a friendly beer and good natured banter in the pub. During the game the hostilities commence, and boy is it a hostile atmosphere for opposing teams and fans (I enjoyed all the boos and abuse as we walked round to our section with the Cup mind you). After the game, more friendly banter and beers in the wonderful The Bitter End pub, although that might just have been because Portland won!

It’s the way football should be and it’s so good to see fans over in North America that get it. I wish there was more. The game needs real rivalries. Not ones that end in clashes and police, but ones that create a huge atmosphere.

I have to say that in my 30+ years of watching football, that’s the friendliest welcome I’ve ever had as an away supporter from a home support. Never had so many people shaking my hand in all my life!

All this friendliness might not be the same when Seattle are in town! I knew the Timbers fans hated Seattle, but with every single person I spoke to mentioning it, it’s a lot more deep rooted than I ever imagined. It’s REAL hatred on a Celtic-Rangers, Liverpool-Man United level.

Then of course that brings us to the Timbers Army. I’ve seen and heard them on TV but until you actually experience them at a game, you just don’t realise how large and loud their numbers are.

It might not be the most popular thing to say if you’re a Vancouver fan, but to me, the Timbers Army are the best fan group, at the present time, in all of North America. When you consider their numbers at USL level it’s impressive. They sing and bounce non stop throughout the game and are loud as hell, although I do have to say that the layout of the stadium means you can’t hear a lot of the actual words at the other corner of the ground but you know they’re there!

Seattle fans have gone the way of Toronto fans in Canada, almost claiming that they invented the whole fans supporters section in the US. Their support of their MLS team has been impressive, but where were they all in their USL days?

The Timbers Army and us Southsiders are here now and will only grow. What the TA can grow into is a phenomenal prospect though, although they may be limited in growth potential by stadium restrictions. Whereas Portland will be doubling their fan base in two years time, the Caps will be quadrupling theirs, with the prospect of more.

Can the general Vancouver public match the noise of the Portland, Seattle and Toronto ones though? I have to admit that the jury is out on that one a present. Until the big kick off in two years time we don’t know what type of fans these extra 15,000 will be. Singers or sitting on handers. The Vancouver public are very visibly vocally restrained at the various sporting events I have attended. One thing that is certain is that the Southsiders will grow in numbers and that’s all that matters for the group to flourish.

I’m told that in the NASL days, Vancouver used to take around 1,000 fans over the border and down to Seattle and Portland and vice versa. If we ever get into that position again it would be fantastic and the atmosphere would be electric. There was around a dozen of us this time around, but about three times that many back in May when it wasn’t midweek.

I have real fears though about how that would even be logistically possible today. The transport infrastructure and horrendous border crossing queues are going to be a nightmare. I would urge everyone to make sure they have a Nexus card to ease it a little. It would be fantastic if they could even put on “football special” trains like the old days in England. What an experience that would be.

A more rambling blog post today than usual I know but it’s thoughts I just had to put down in print. Despite not getting home till 5.30 the next morning, the trip was worth all the hassles and disappointments and I can’t wait for the next chance to follow the Caps on the road.

Awaydays. You cannae beat them!