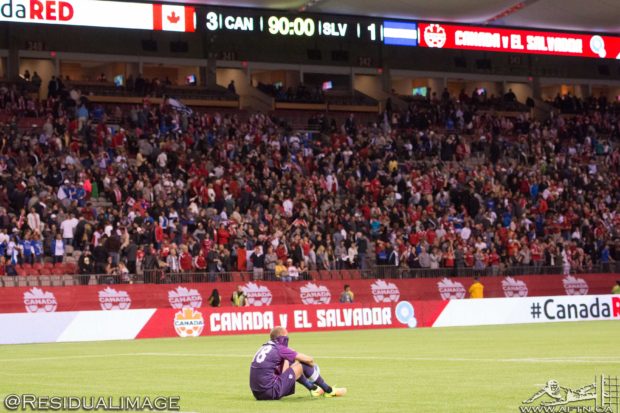 Deep down, maybe not even that deep, you always knew it was going to be a hard ask for a team that’s set out a defensive stall the last couple of years to suddenly switch on that attacking switch and go goal crazy. All the while keeping one eye on a game thousands of miles away and hoping for a goalfest for the home team.

Your heart said it could be done, your head was having a laugh at the very thought.

Canada gave it their best try, running out 3-1 winners against El Salvador. You can’t fault the commitment and the constant pressure from the players. You can fault the horrendous missed chances, the bizarre substitutions, and the tactics and team selection from this whole group stage.

In the end, none of it really mattered as Mexico and Honduras ground out a boring scoreless draw at the Azteca, in a game that saw the hosts muster one measly shot on target. Thanks for nothing Mexico. We’d boycott you if your food wasn’t so simply delicious, and cheap, and your girls so beautiful.

Canada scored three goals. You don’t see that every day. You also don’t see Canada in the Hex and so it proved once again. They’ve not been there since the 1998 qualification cycle. You feel they’re closer. It just needs something, someone to help push them over the last remaining hurdle to get there.

This time though, you’re just left with that nagging knowledge that this team was good enough to get there and it’s been a wasted opportunity full of what ifs. But that’s football. Especially the Canadian variety.

AFTN photographer Tom Ewasiuk was there to capture all the action and anguish before, during and after the game and here’s our “Story In Pictures”, with a full Flickr slideshow at the end. 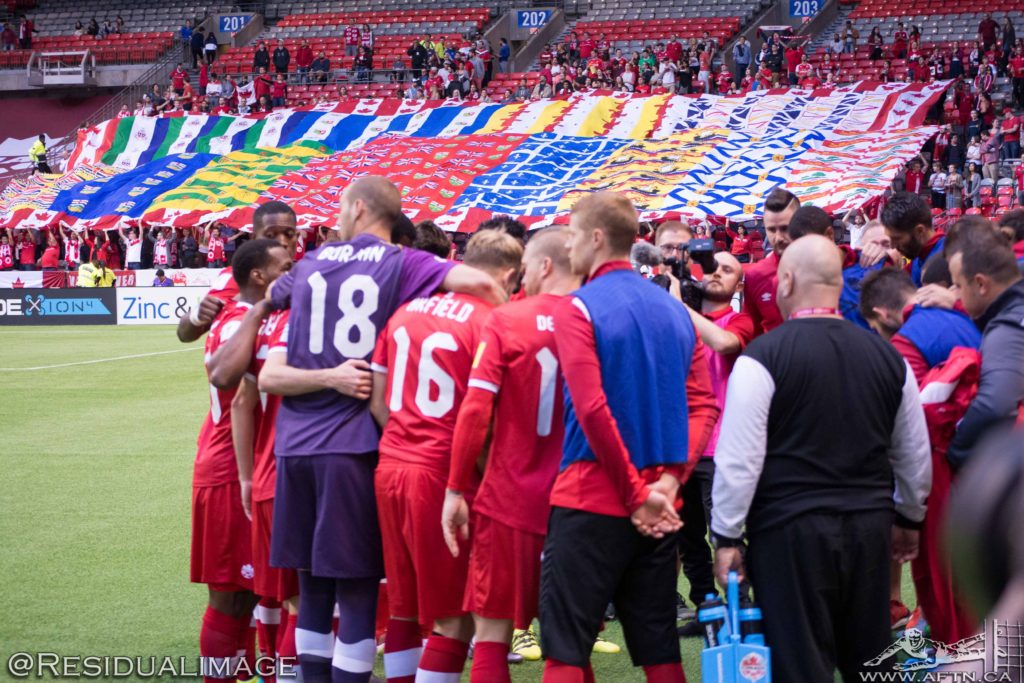 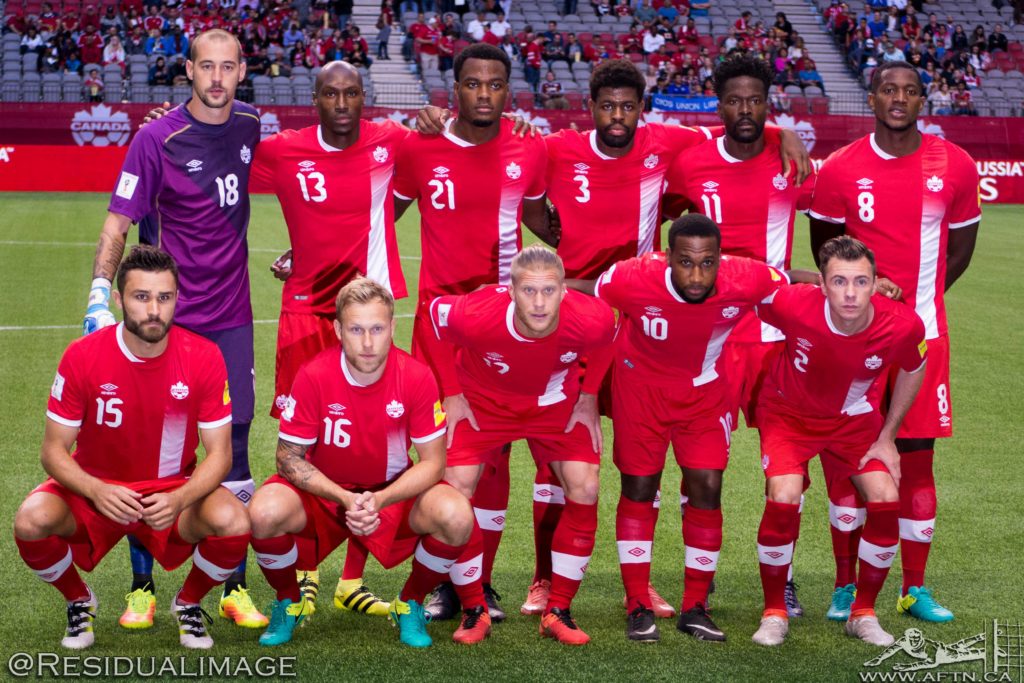 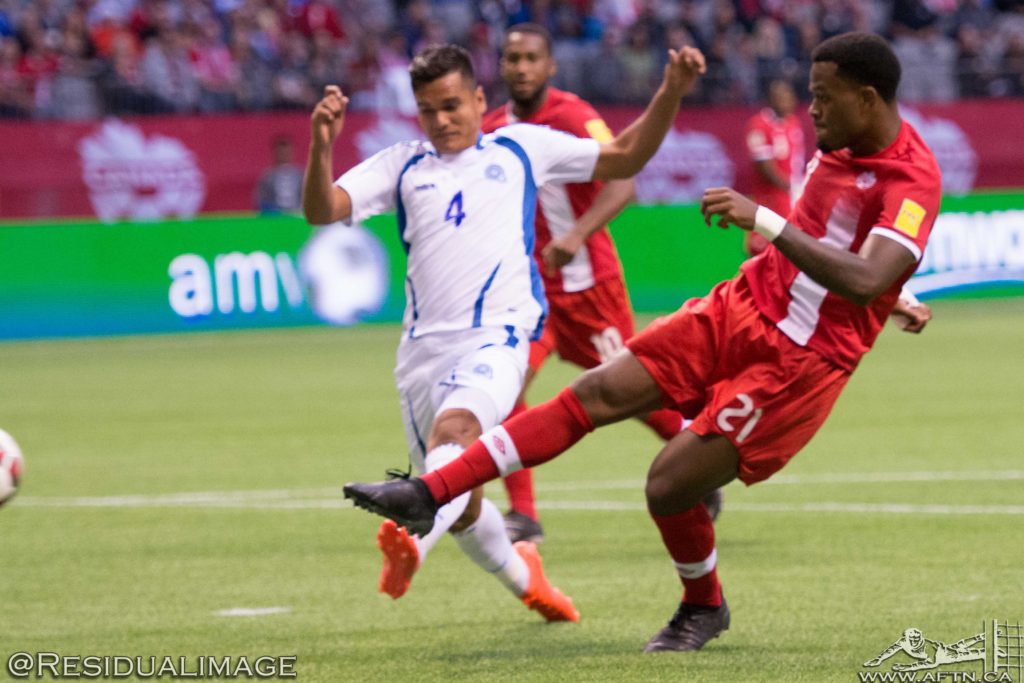 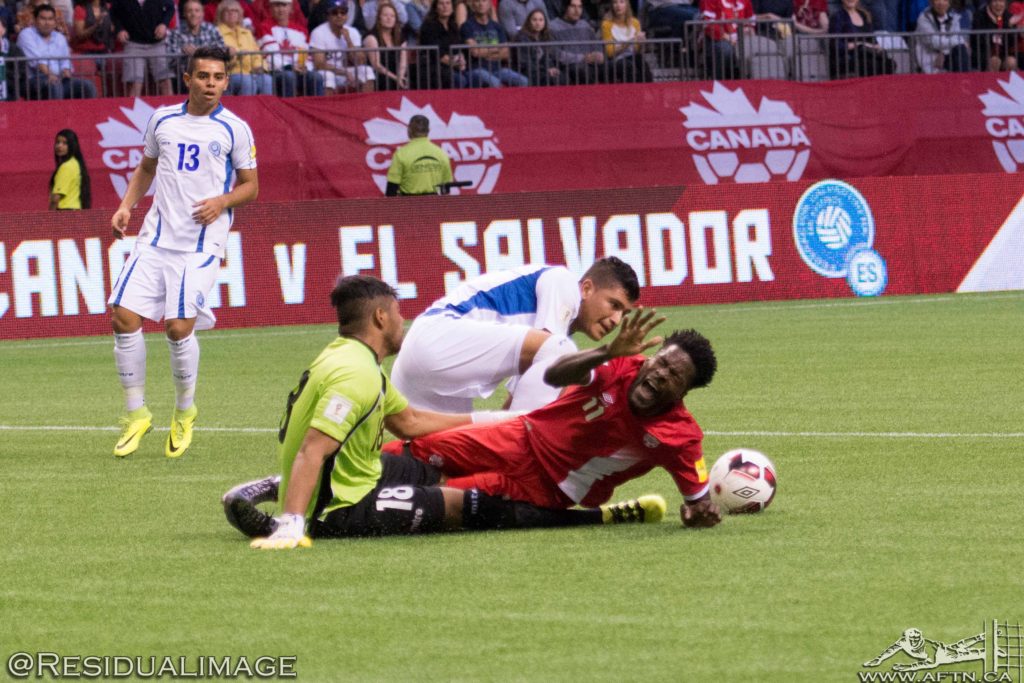 Giving your all for your country hurts 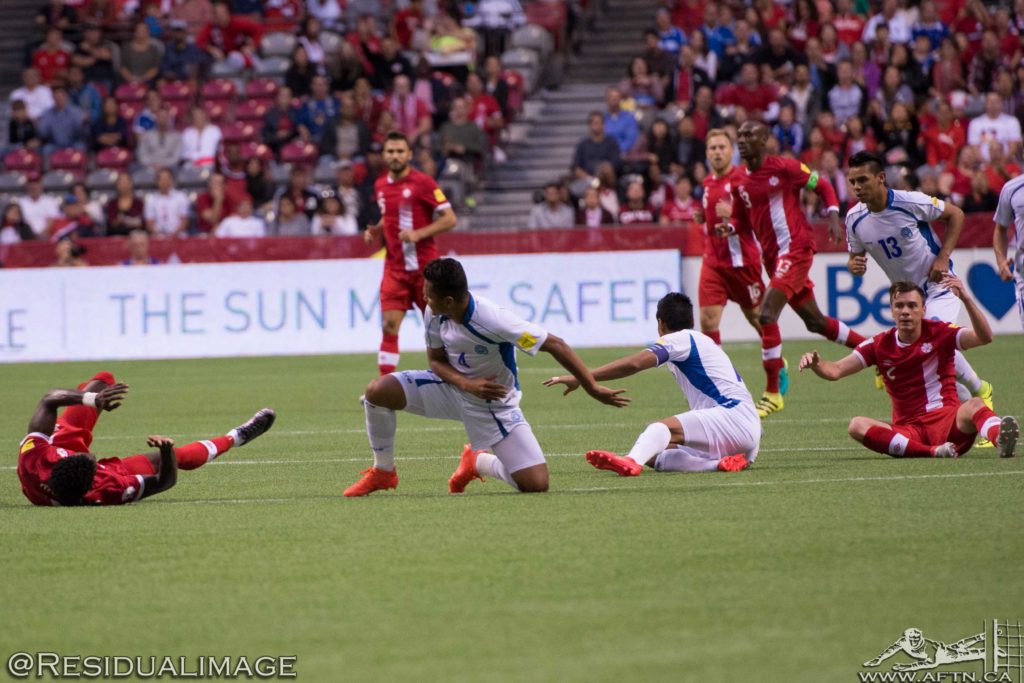 Let the bodies hit the floor, it is CONCACAF after all 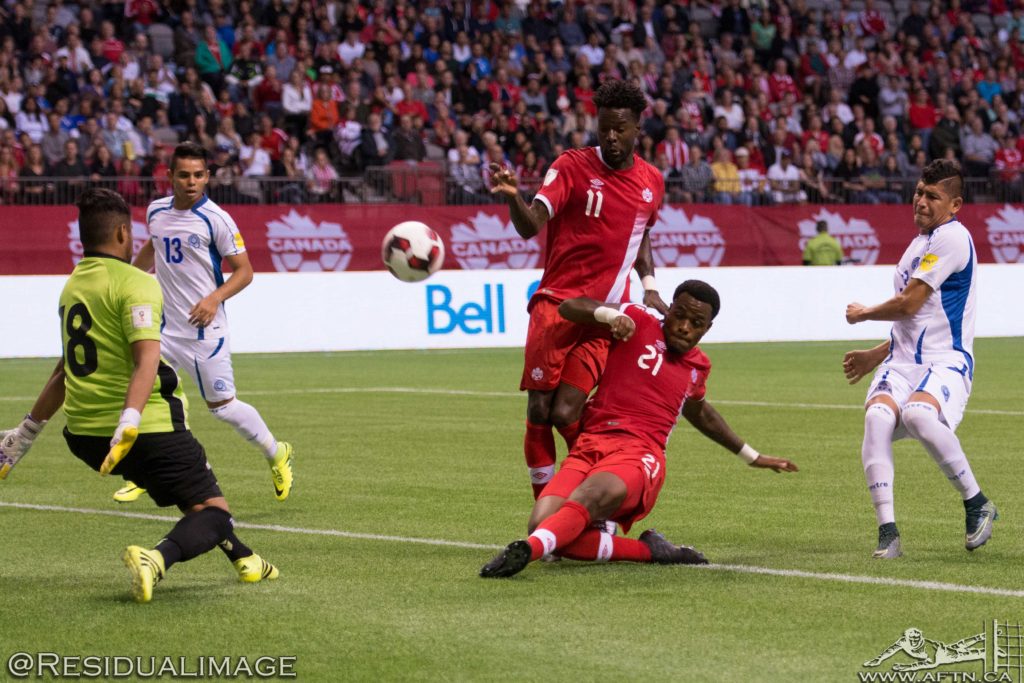 Miss Canada seemed to be in attendance. Cyle Larin seemed particularly keen to get her attention, firing over from five yards out in the 29th minute 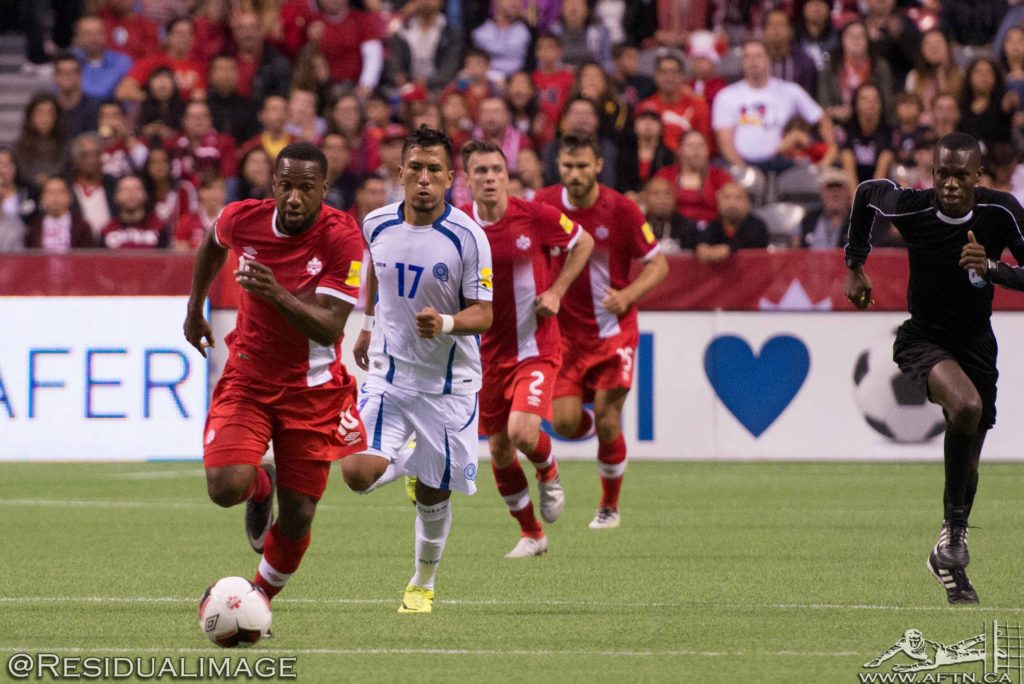 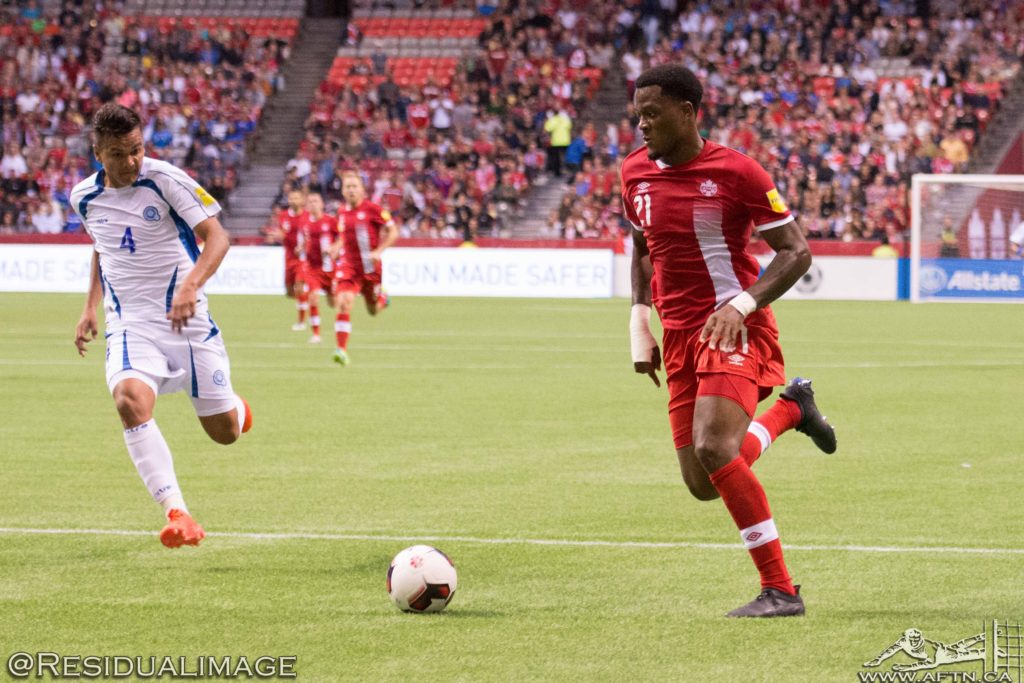 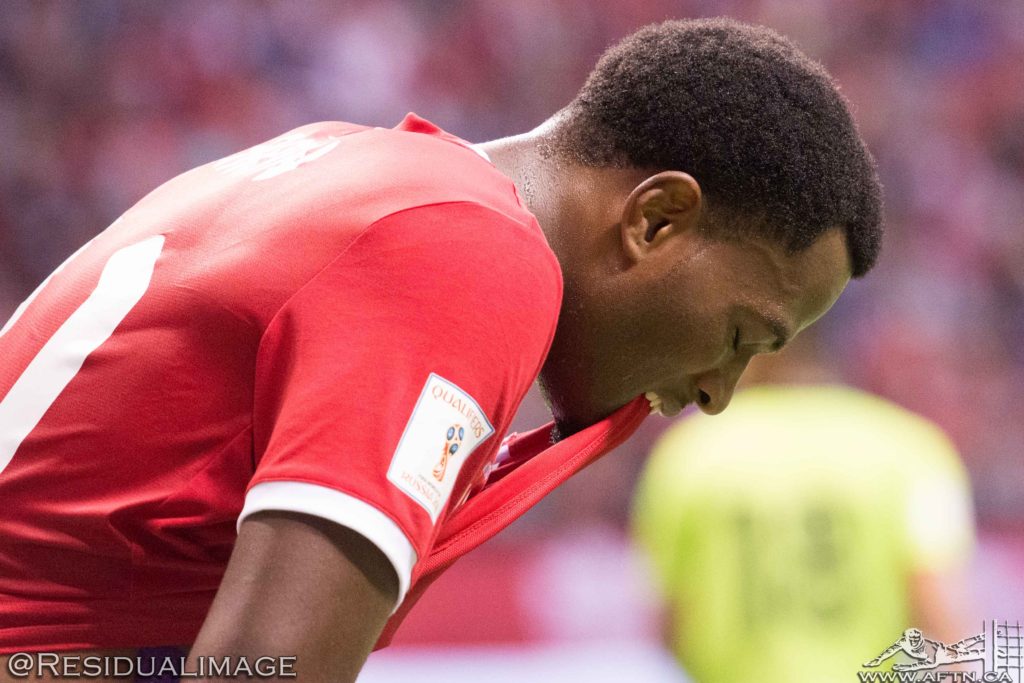 Who misses another chance and he knows it only too well 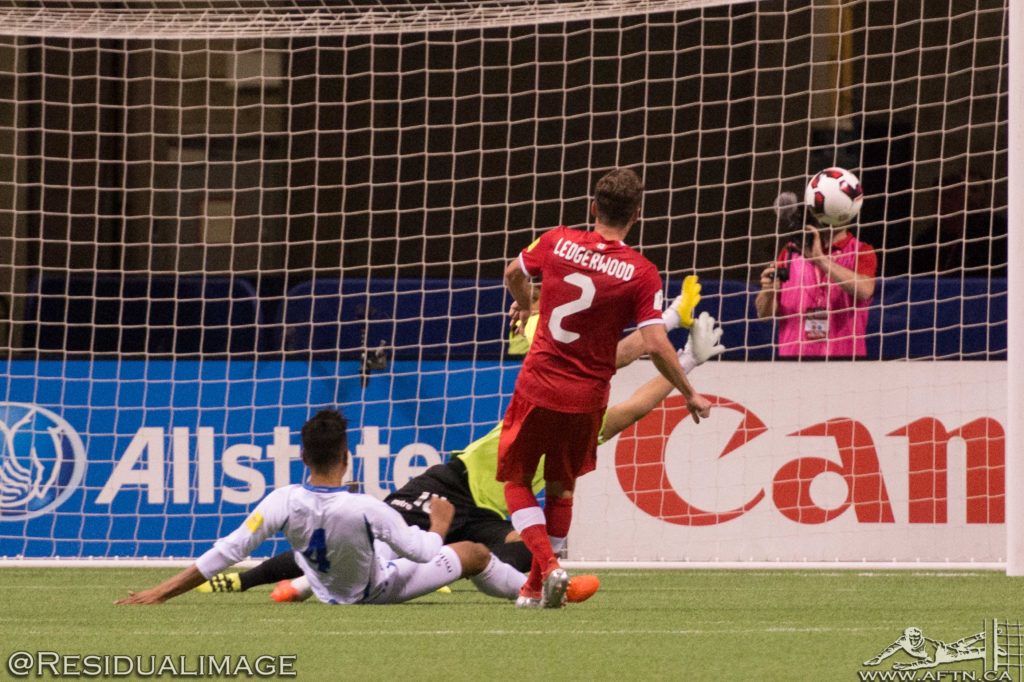 Only one up at the half, Canada need to go for goals and hope, and they grab another in the 53rd minute 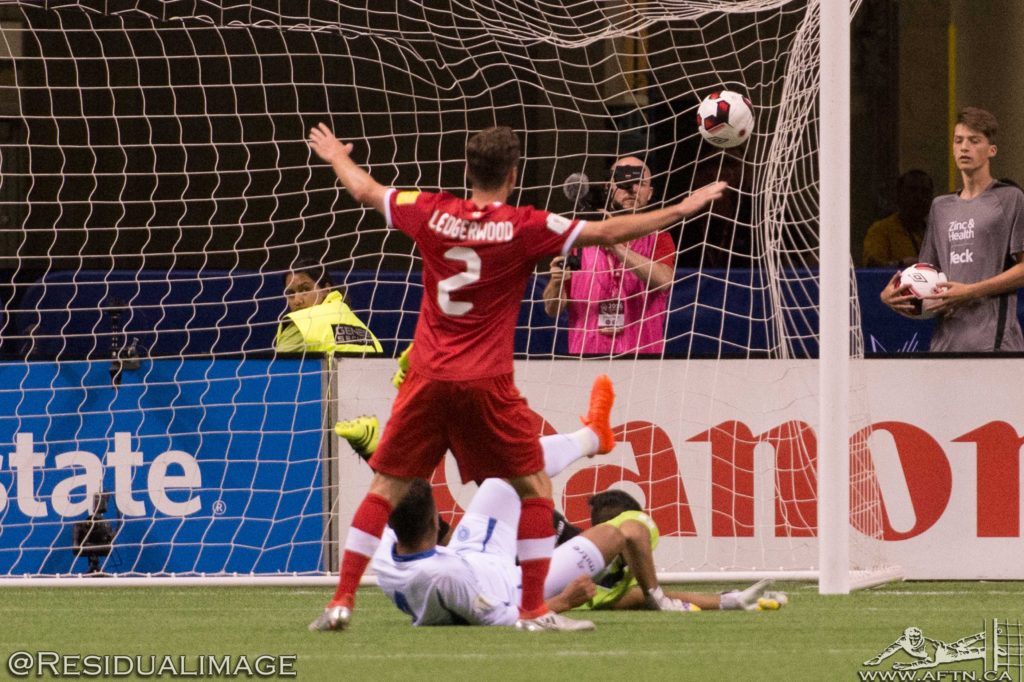 With Nik Ledgerwood being the unlikely hero 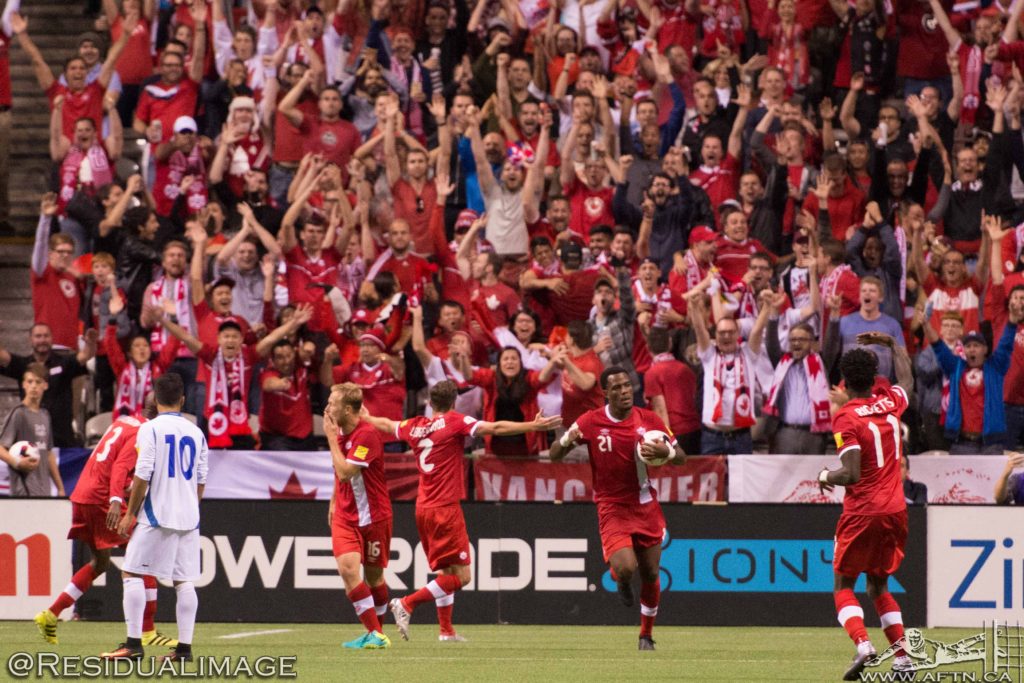 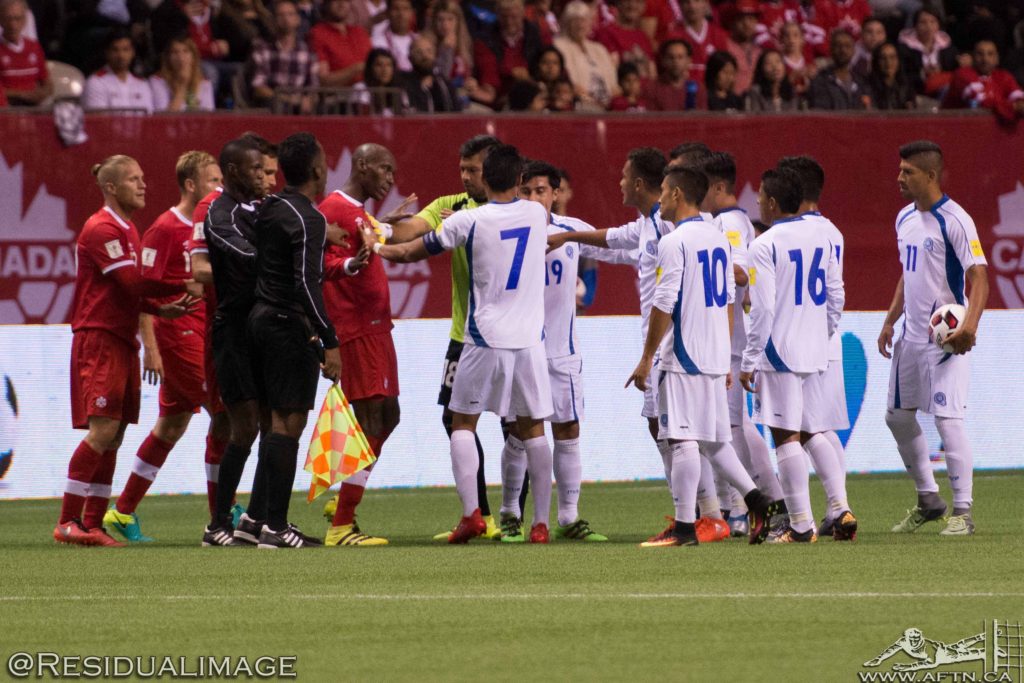 Then all hell breaks loose in the 55th minute. There’s a stramash and Darwin Delgado sees red 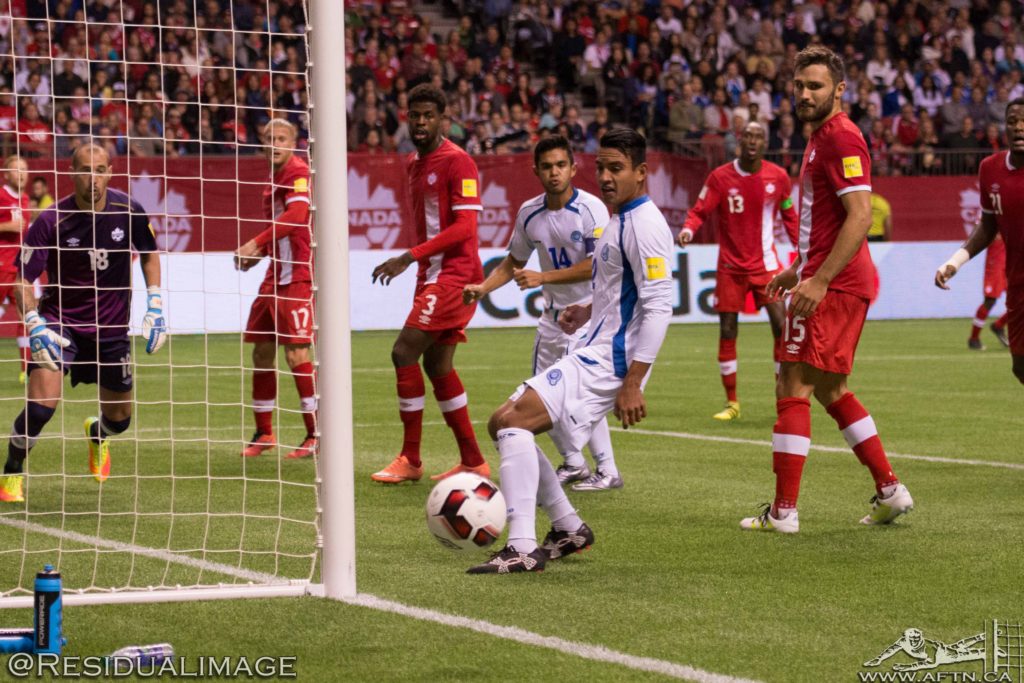 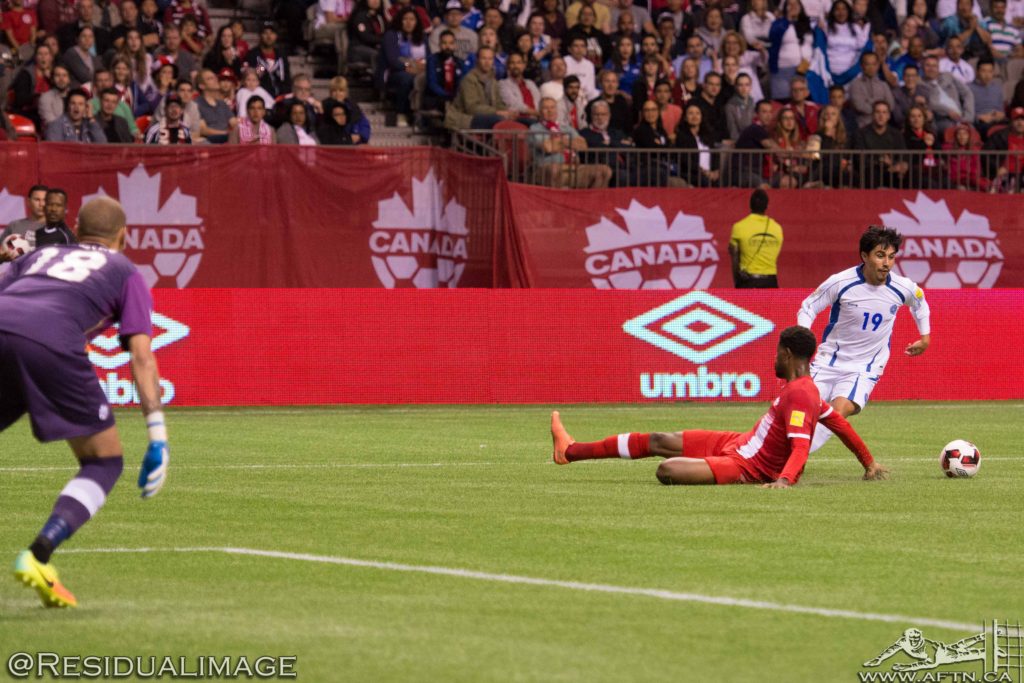 After a few close calls, disaster for Canada as Gerson Villavicencio leaves the Canadian defence cold 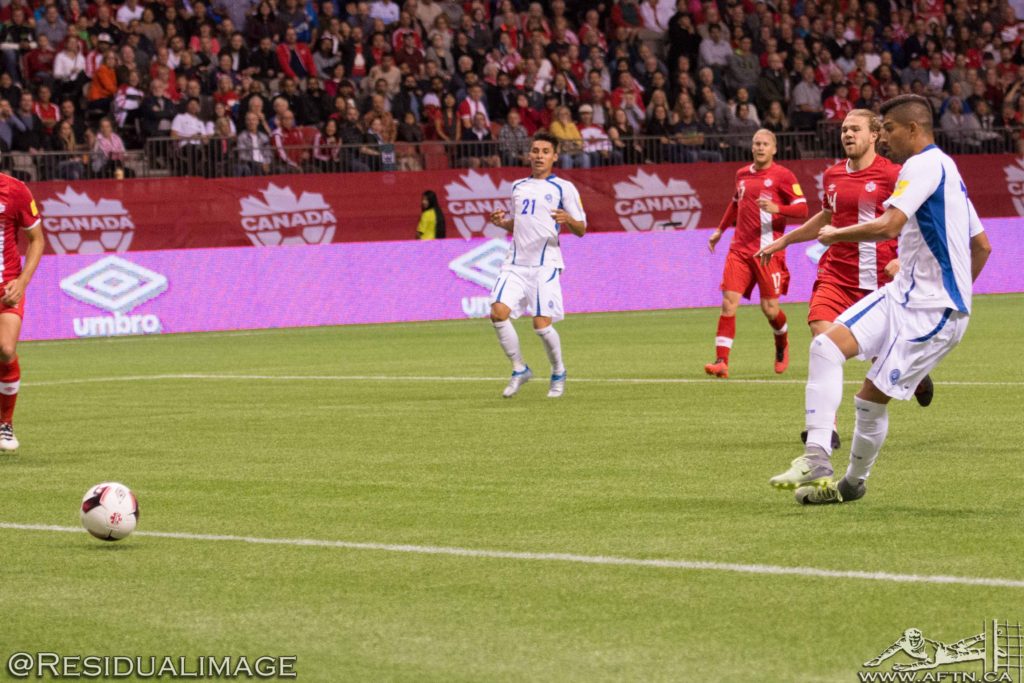 Setting up Nelson Sanchez, who easily pulls one back from El Salvador 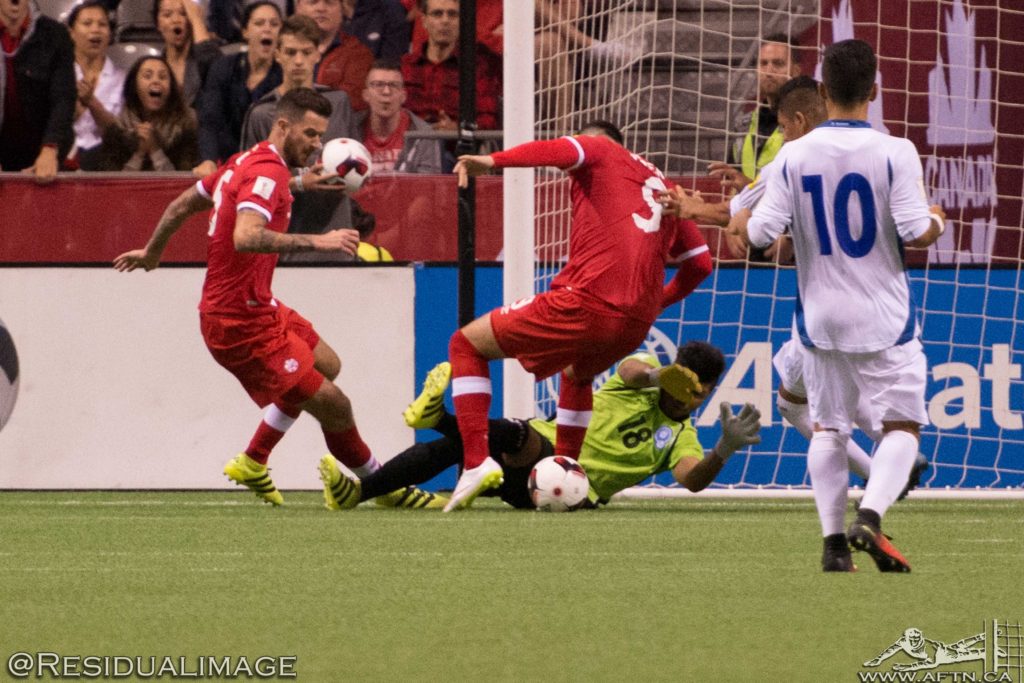 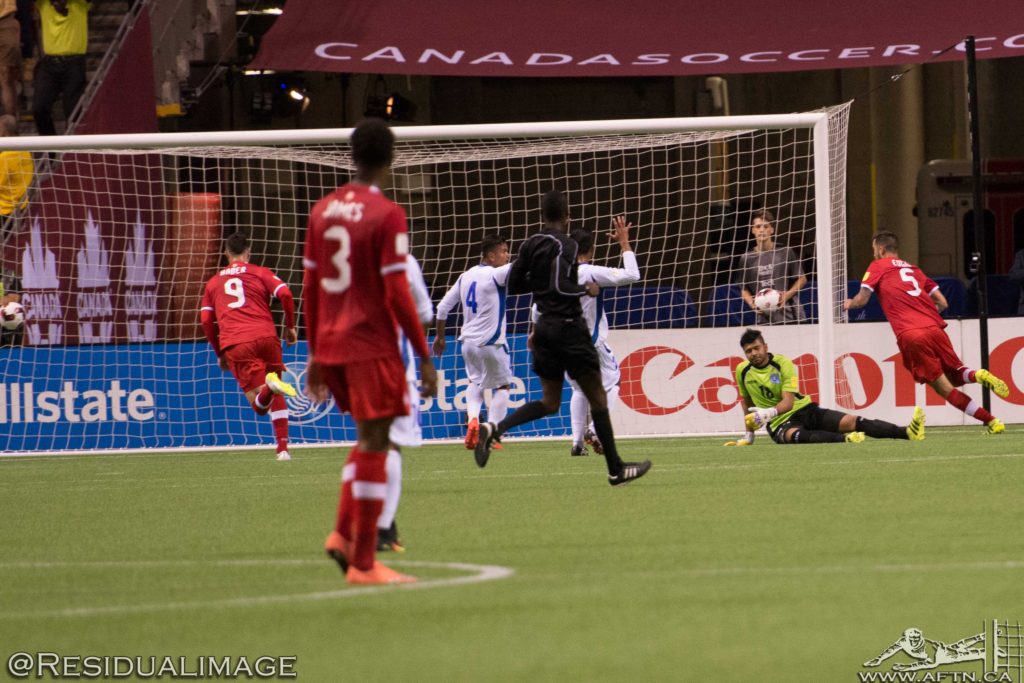 But the Whitecaps’ David Edgar, playing in who knows what position, finishes the Canadian campaign with a bang, slipping home a Tosaint Ricketts pass two minutes into stoppage 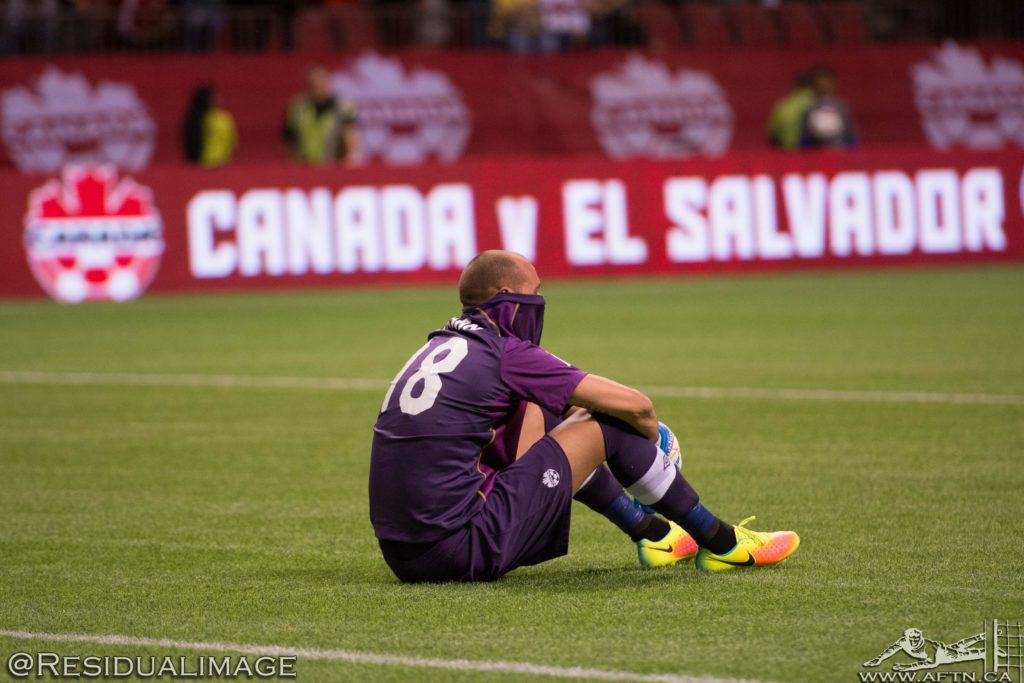 But the reality soon sets in, and that’s Canada’s World Cup hopes over for another four years