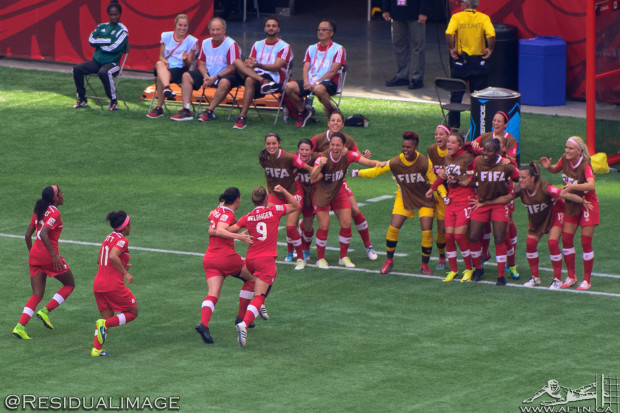 The Canadian girls came back to their spiritual home of Vancouver on Sunday to take on Switzerland in a Women’s World Cup Round of 16 match-up.

A staggering 53,855 supporters packed BC Place to the rafters in a sea of red and white. It was the biggest crowd ever to see a Canadian national team play a game, and although they were served up more of a tense and tight game rather than a classic, they witnessed Canada advance with a 1-0 win thanks to a second half strike from Josee Belanger. 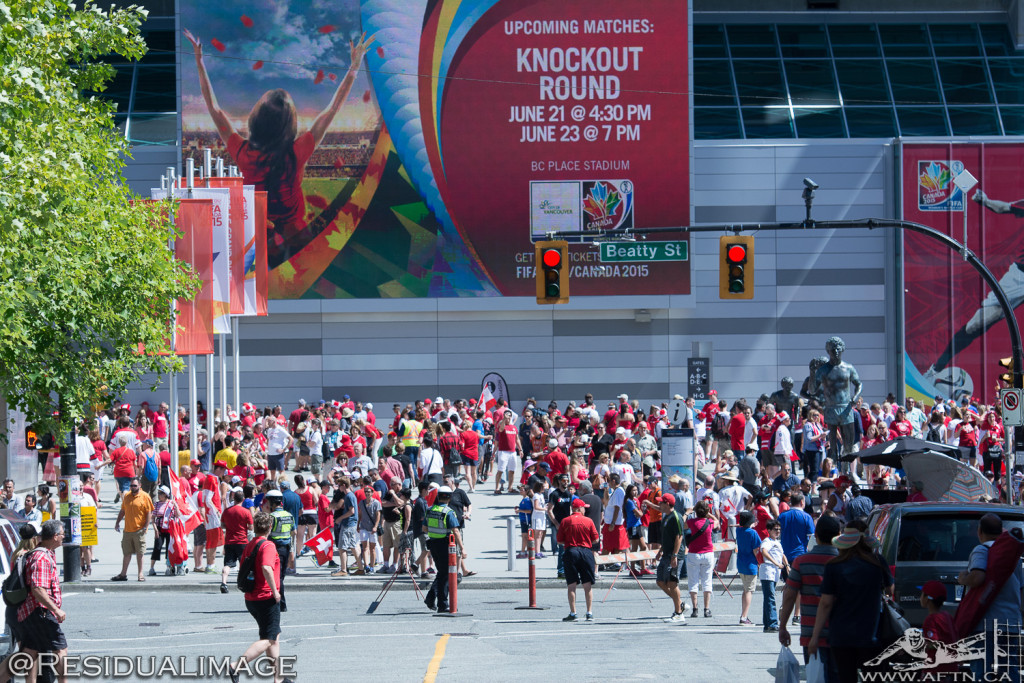 The scene is set 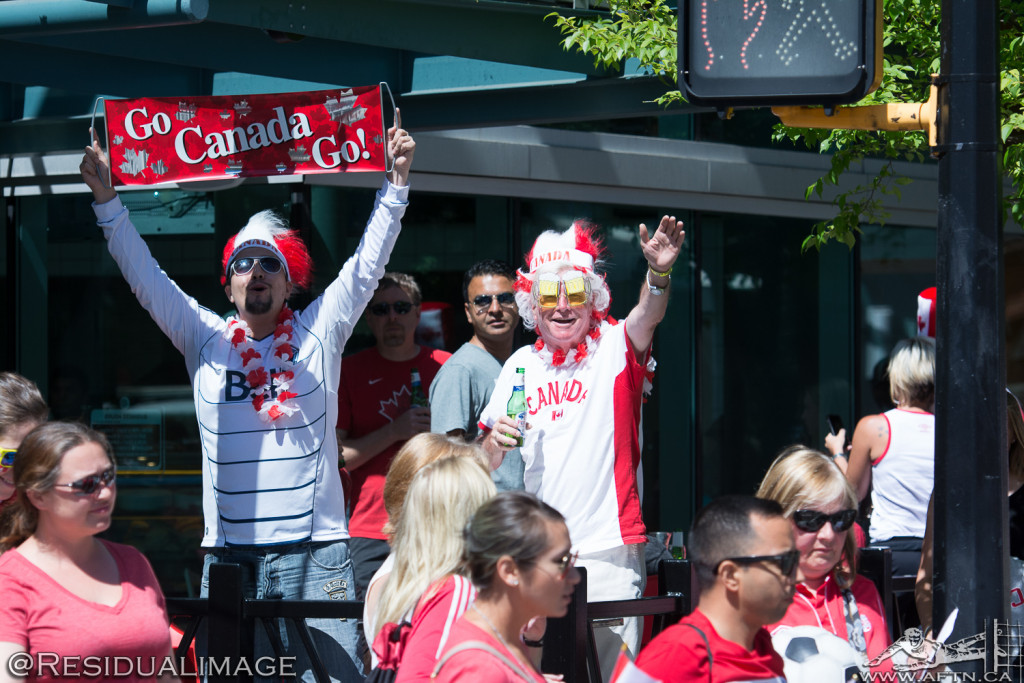 The fans are ready on Father’s Day 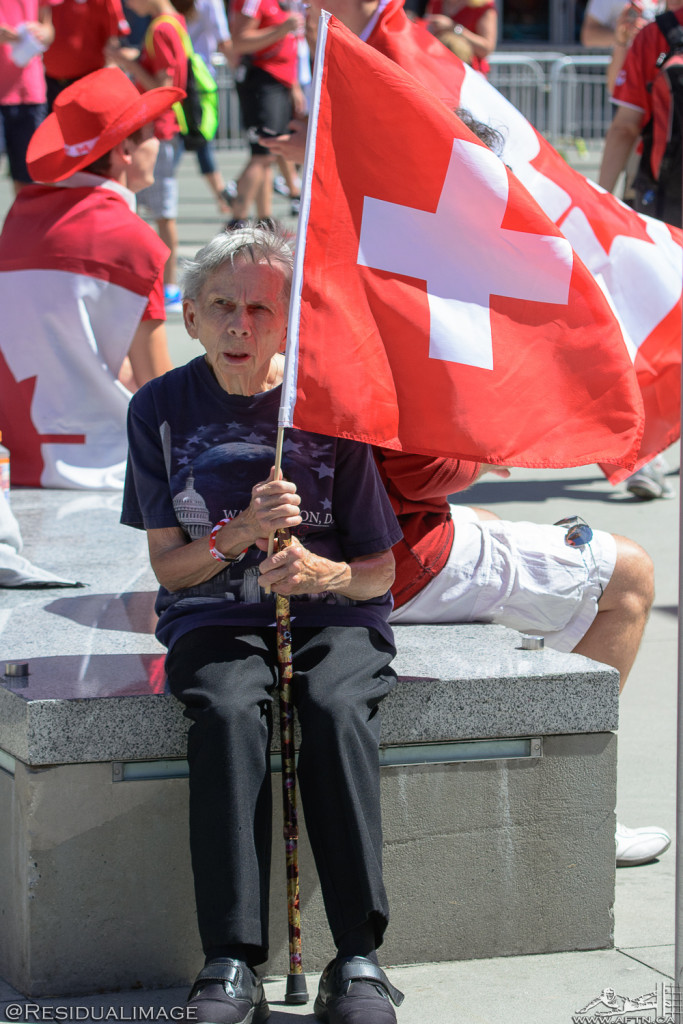 Neutral to the end 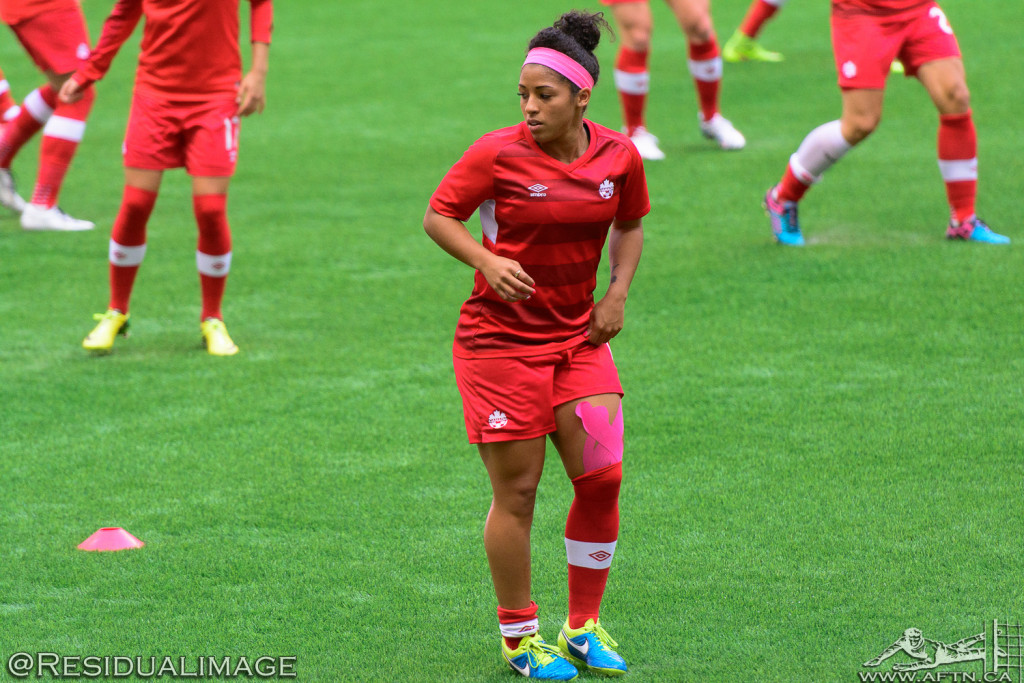 The Destroyer is all taped up and ready to rumble 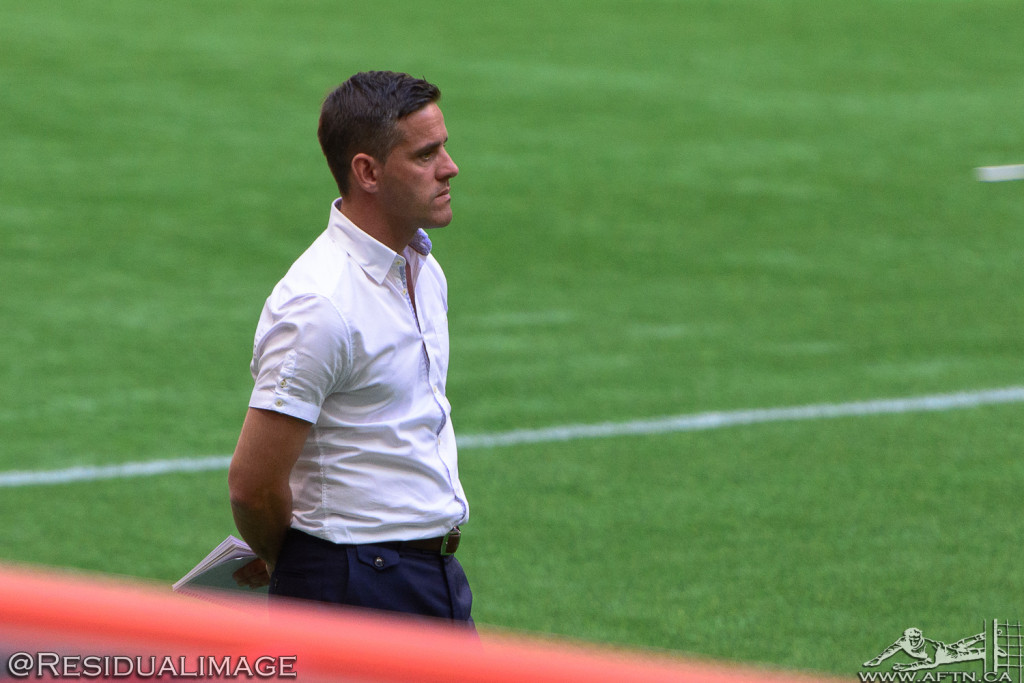 A pensive, and rare unsmiling, John Herdman takes in all the pre-match build-up 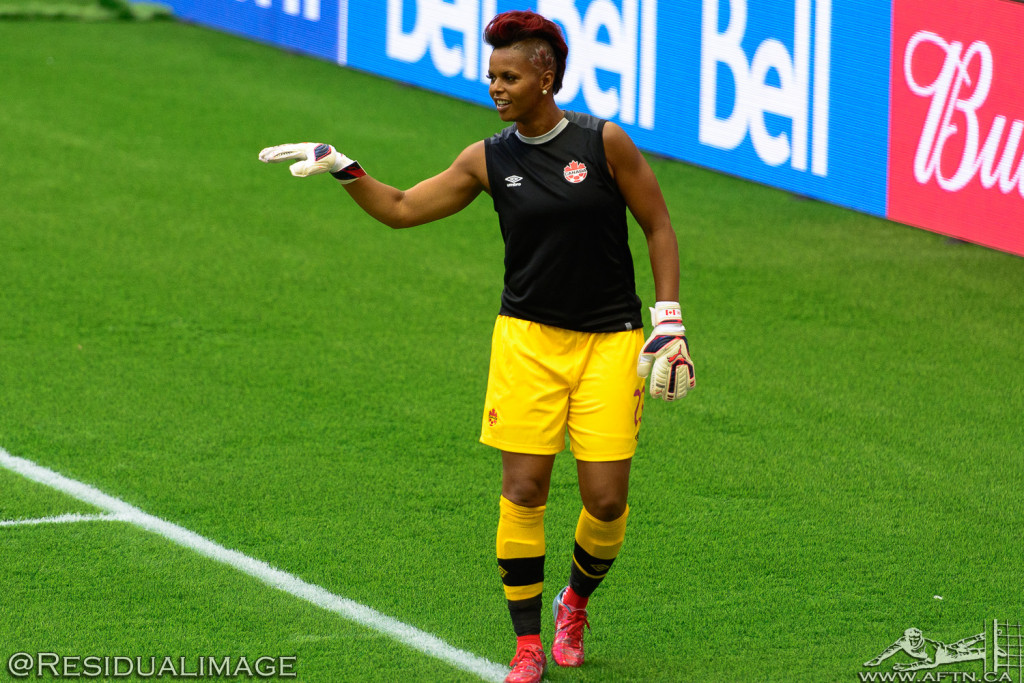 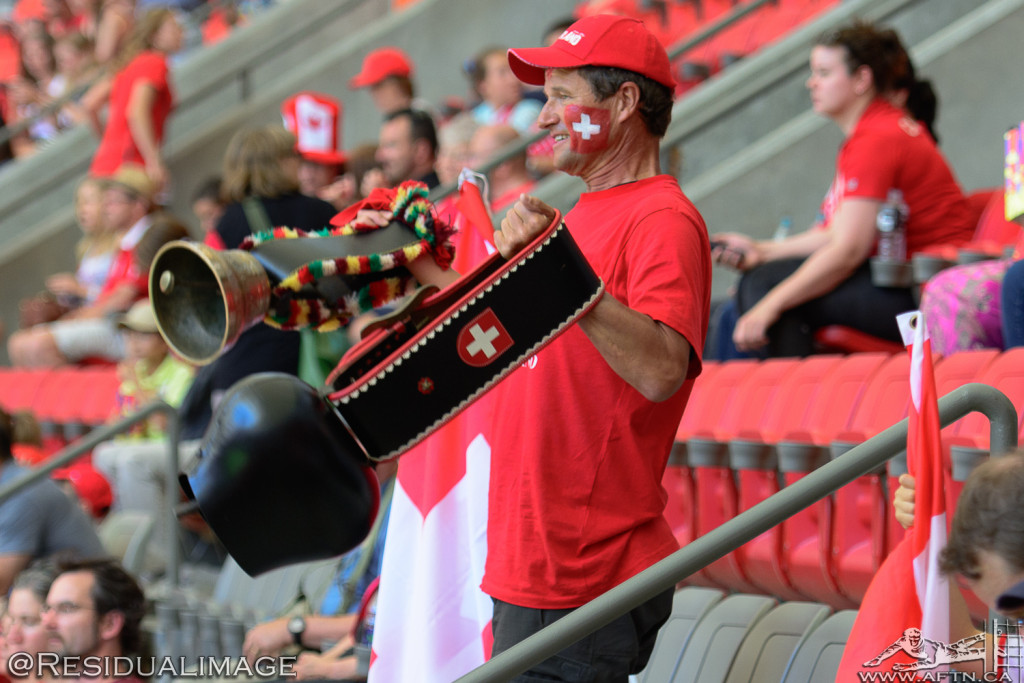 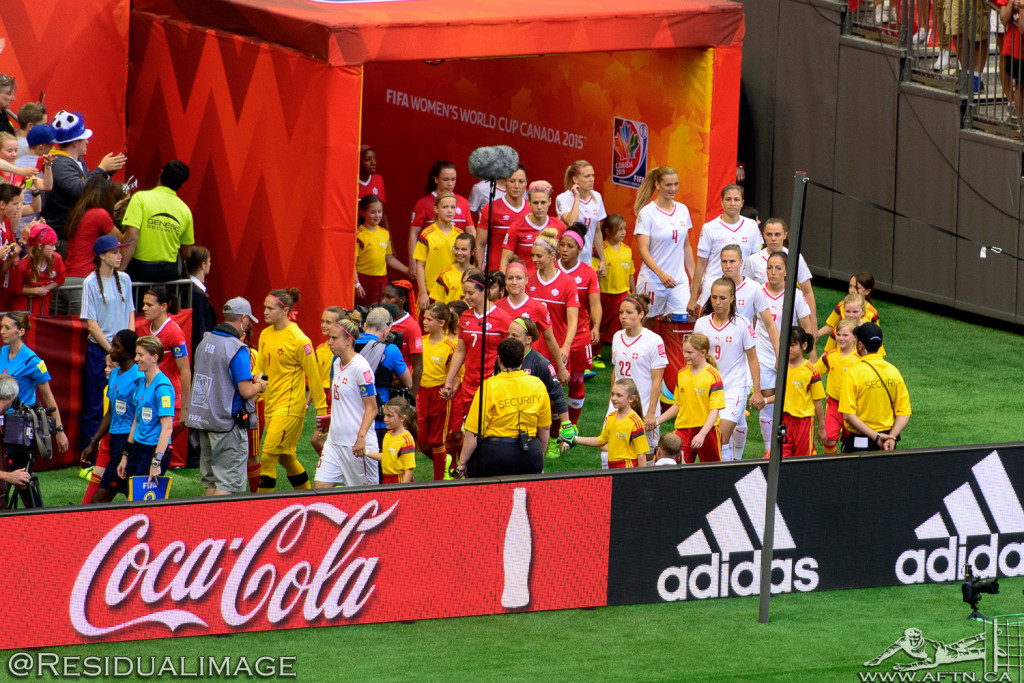 The teams come out to a cacophony of noise 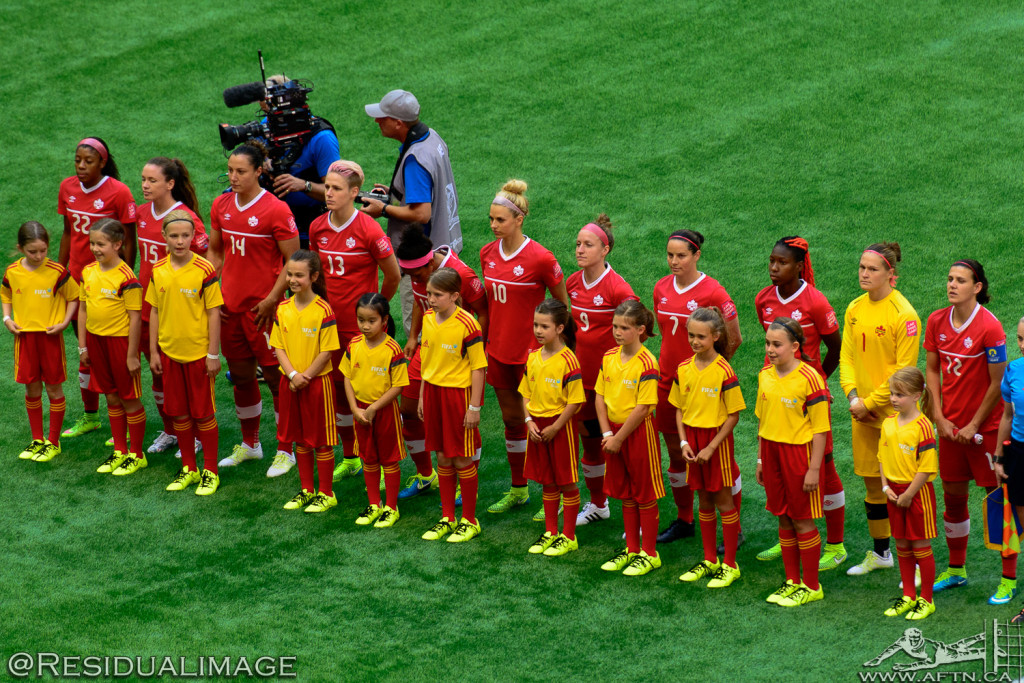 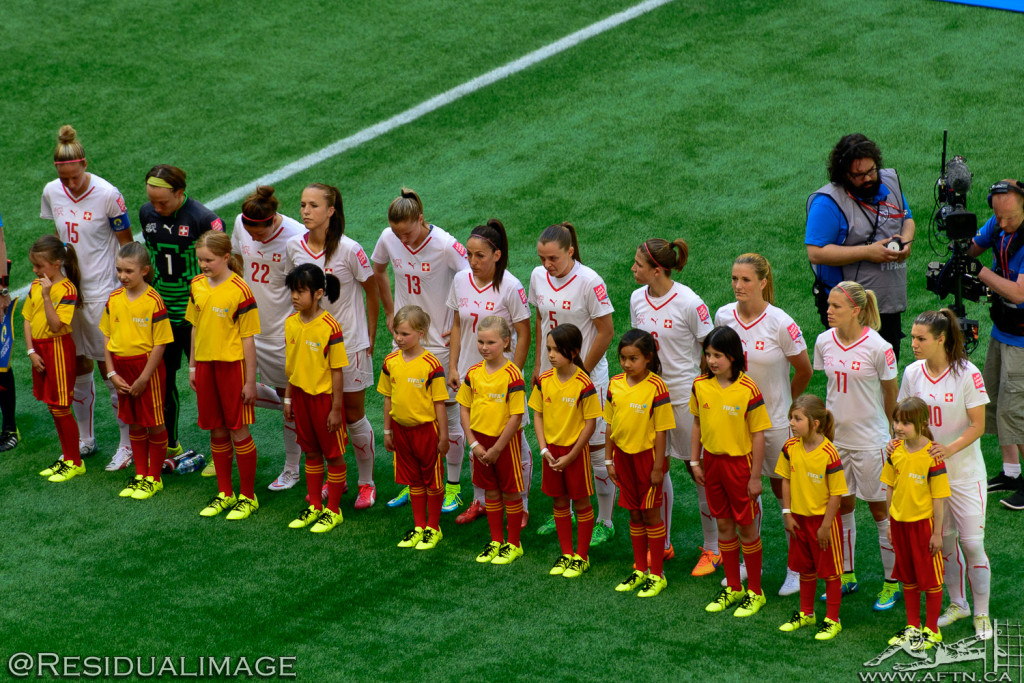 And that of the Swiss Misses 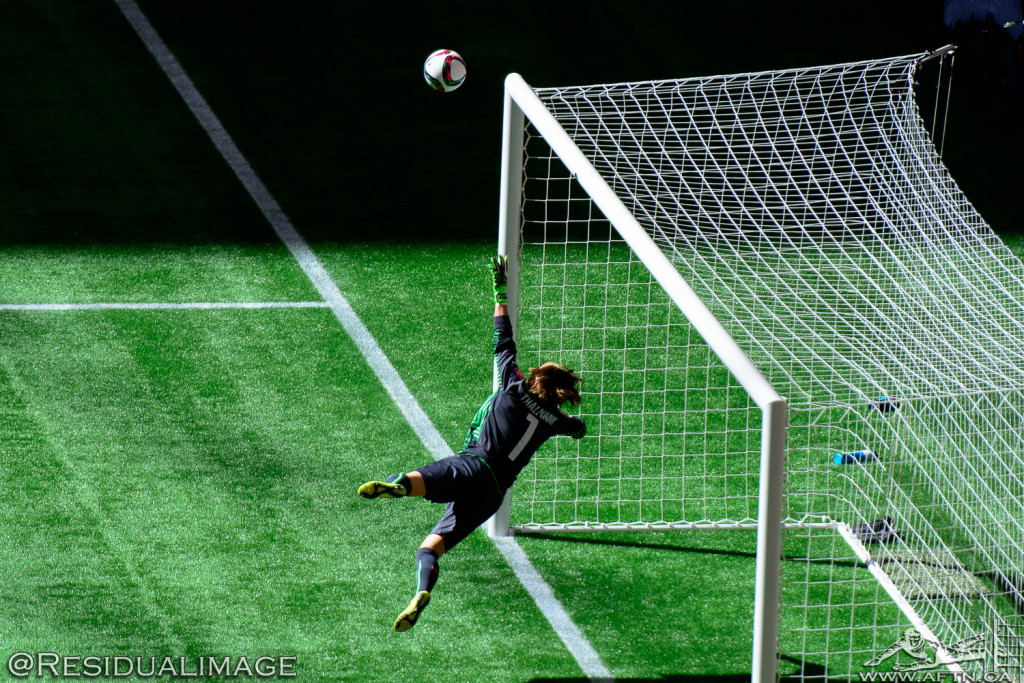 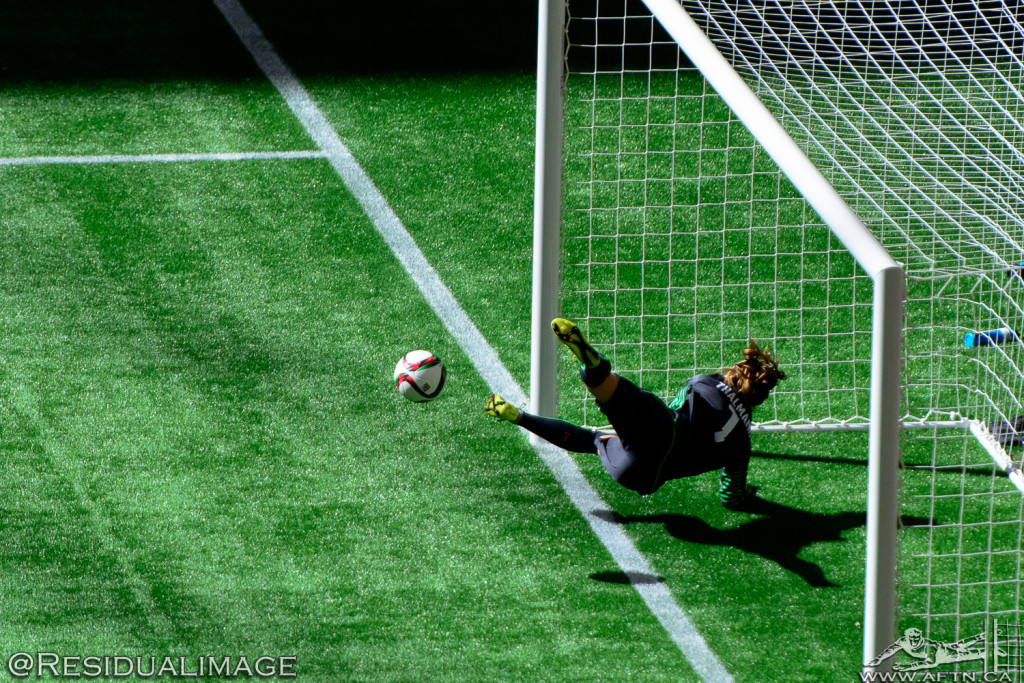 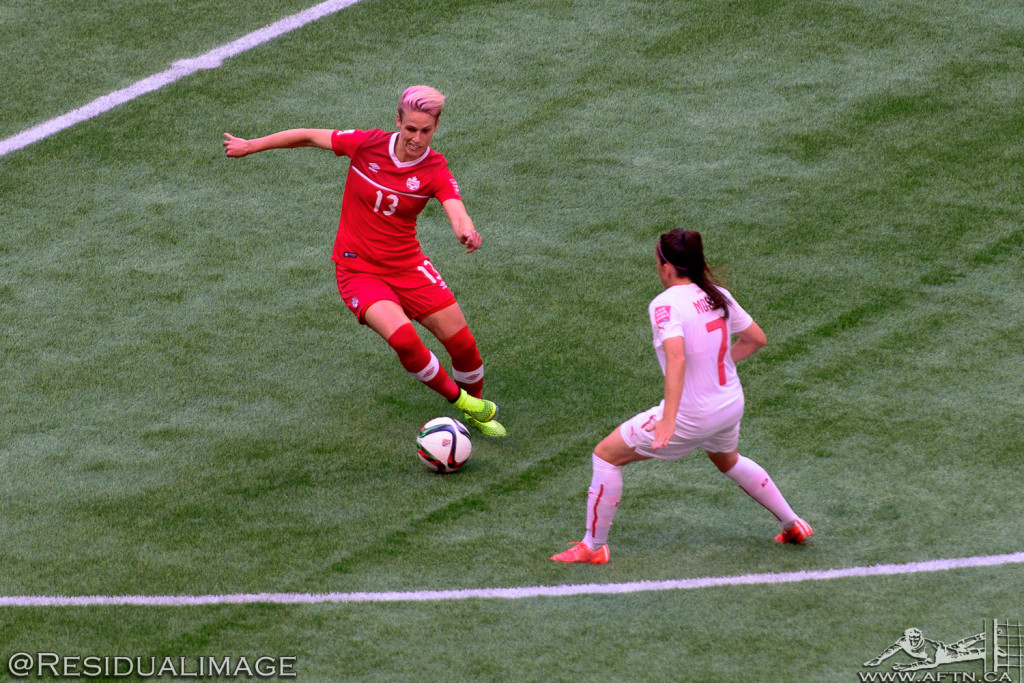 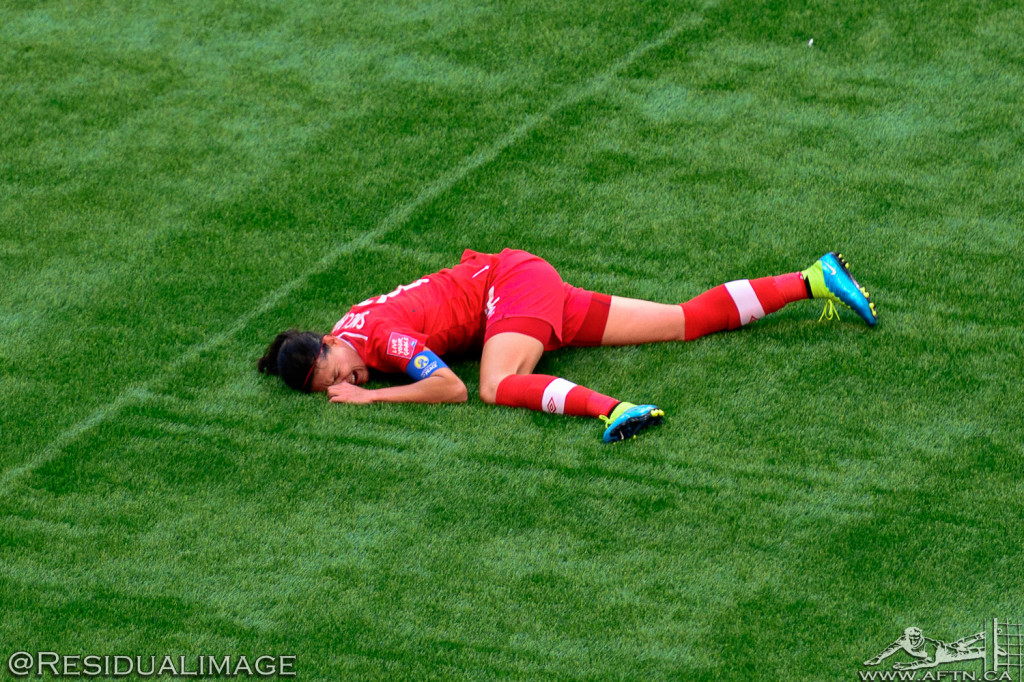 The pain of playing for your country 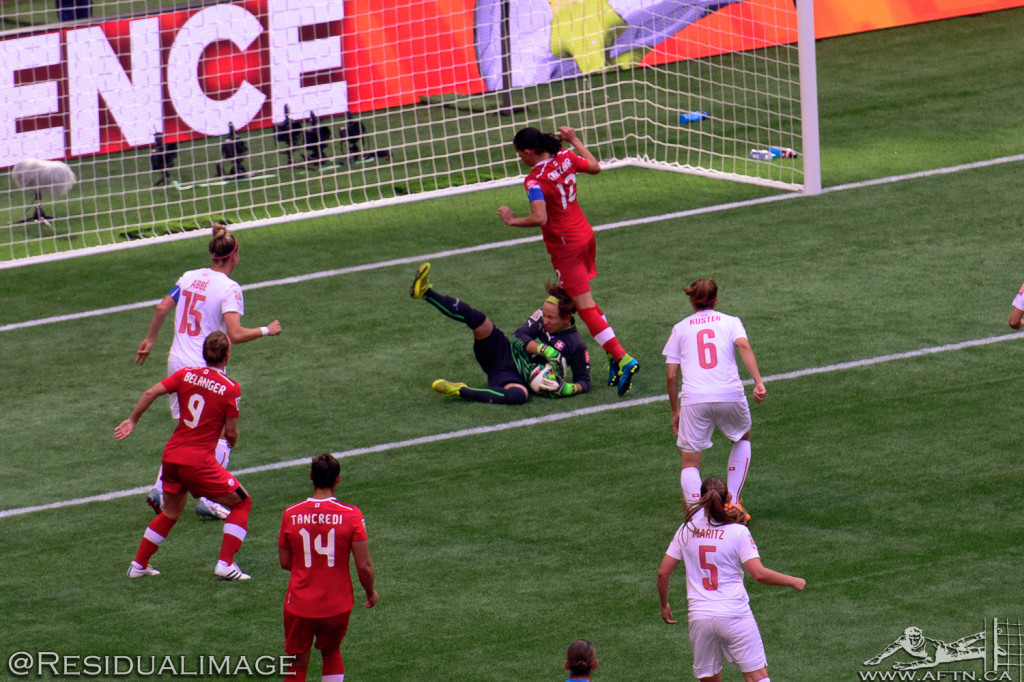 As Thalmann can testify after being in the wars early herself 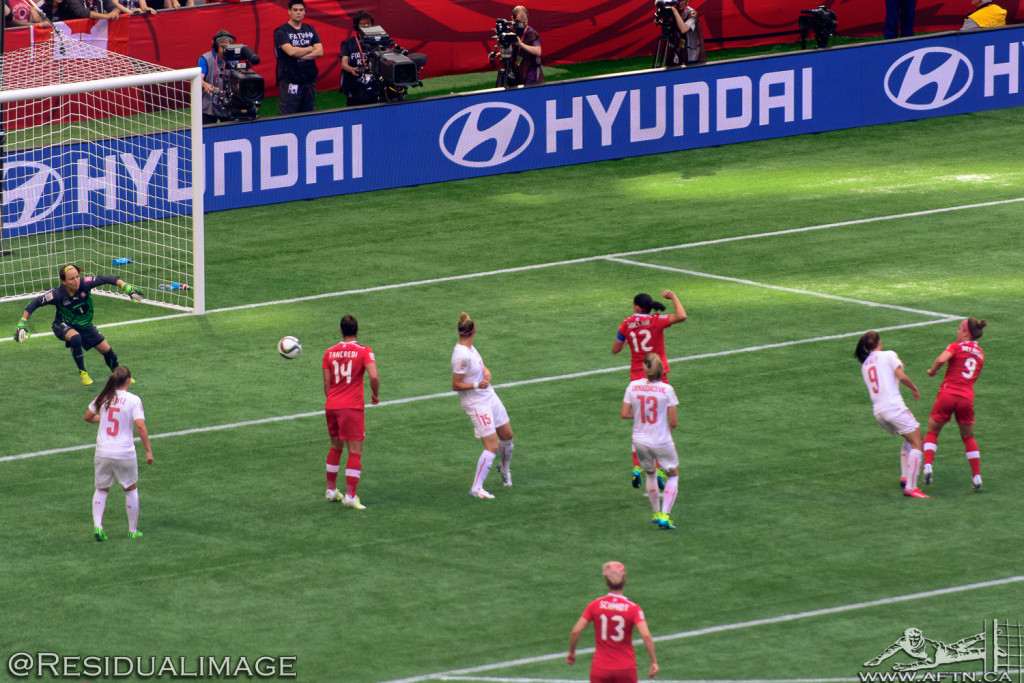 Scoreless at the half, Canadian nerves are eased in the 52nd minute when the ball breaks to Belanger in the box 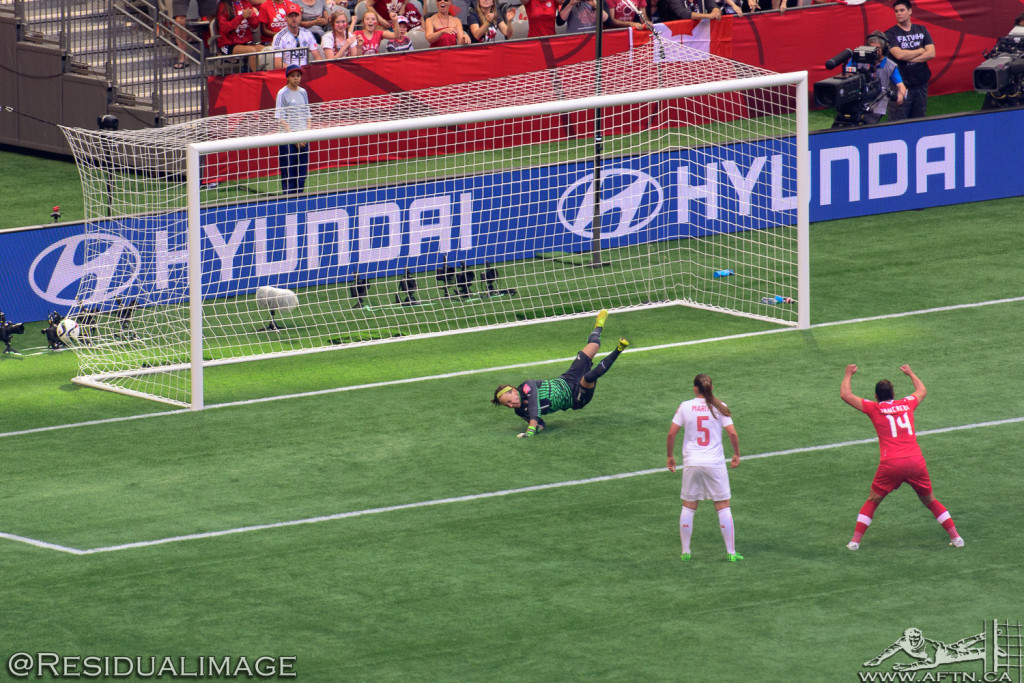 And she fires it past Thalmann for the opening, and matchwinning, goal – 1-0 Canada! 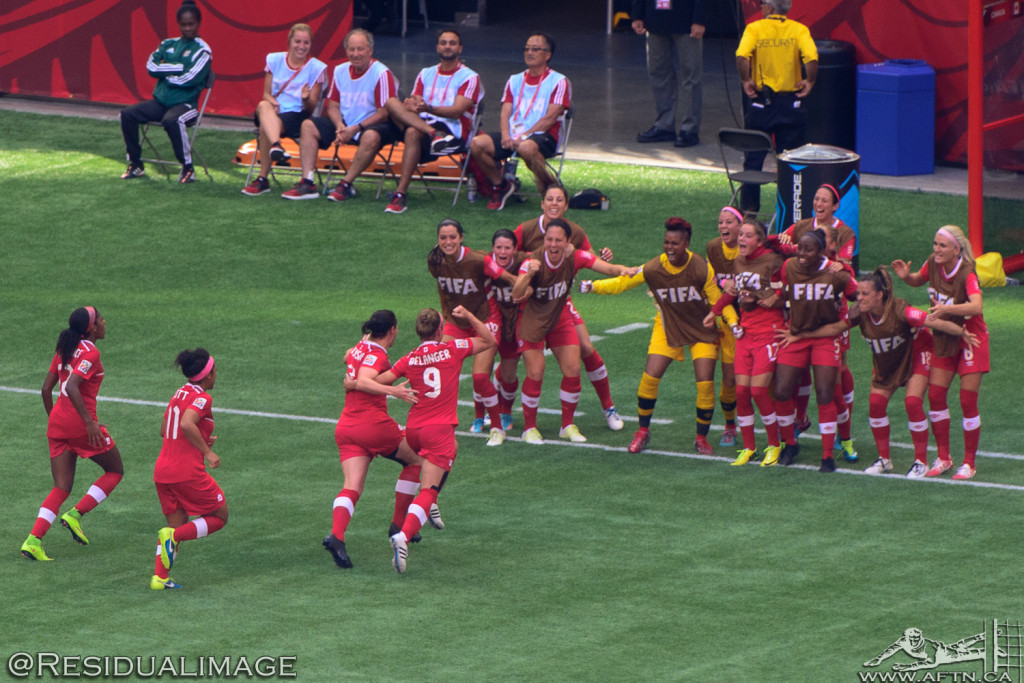 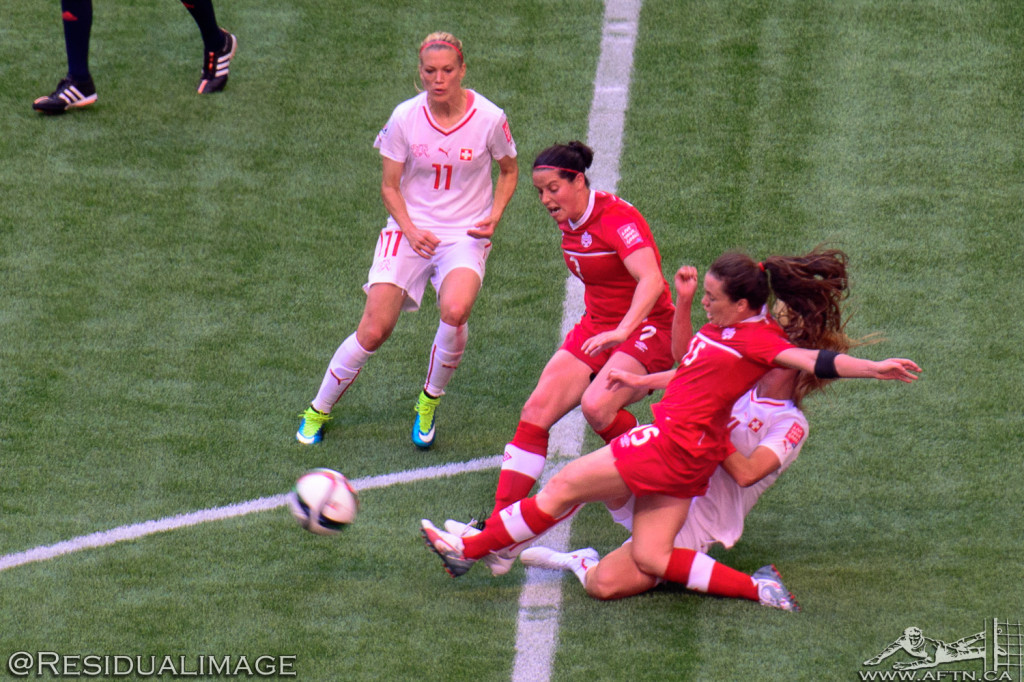 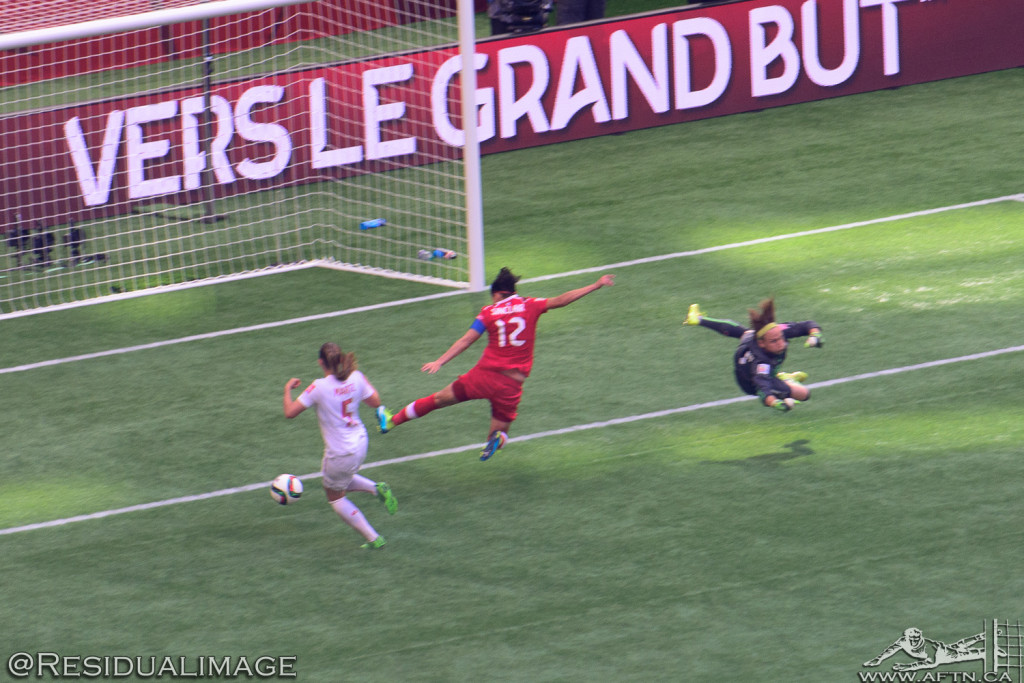 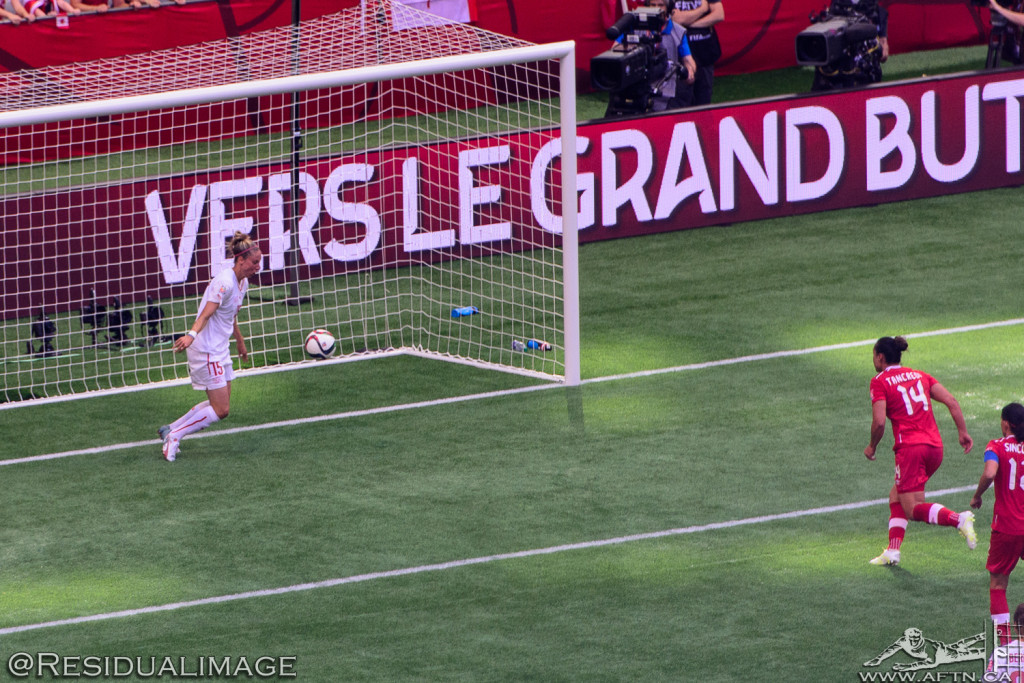 And they come even closer to getting it when Caroline Abbe, easily, clears off the Swiss line 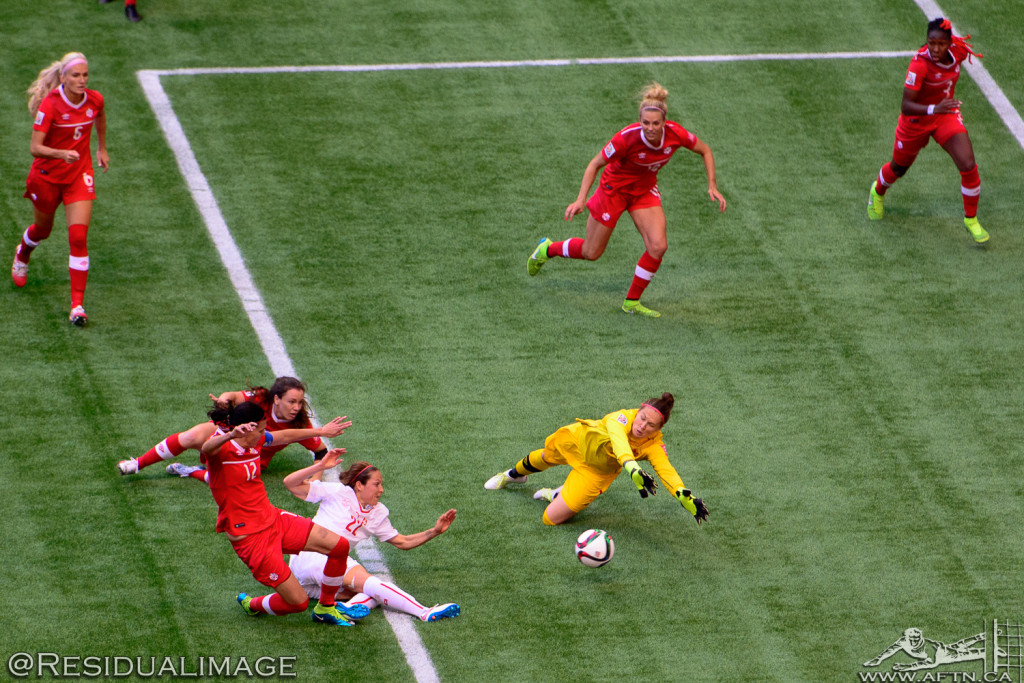 As the Swiss push at the other end, Player of the Match Erin McLeod comes up with the big late save from Vanessa Bernauer 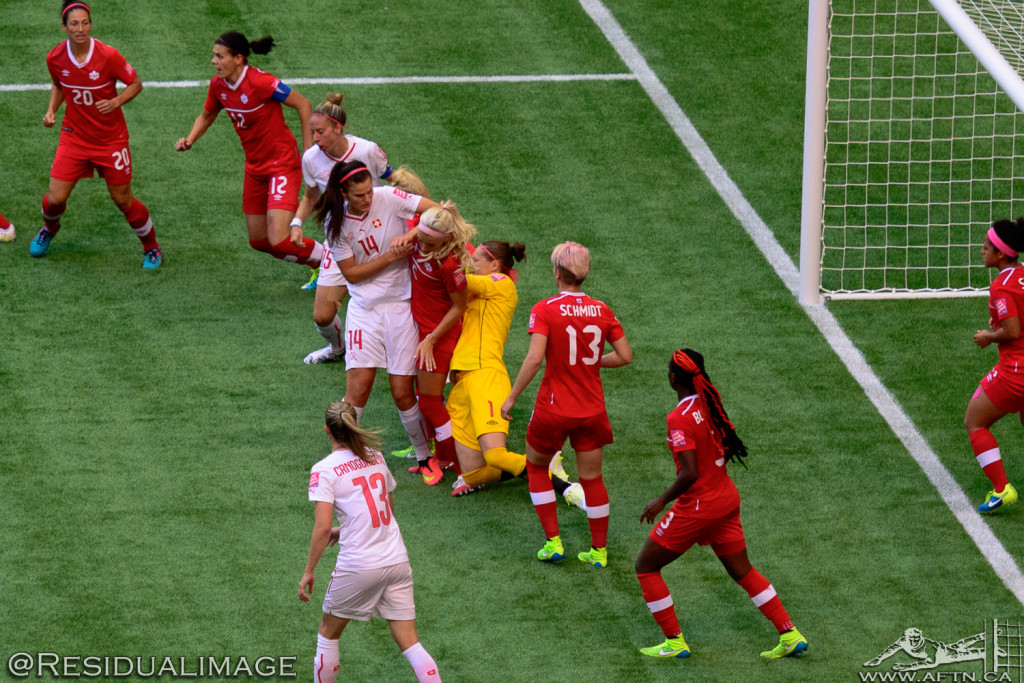 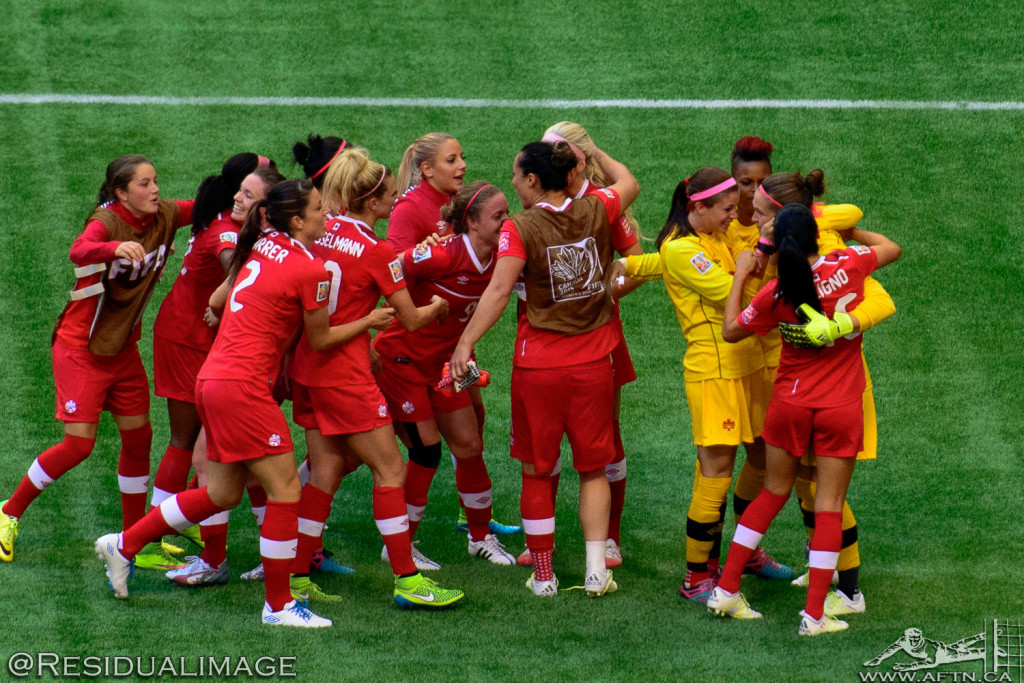 But Canada hang on and the ecstatic celebrations can begin 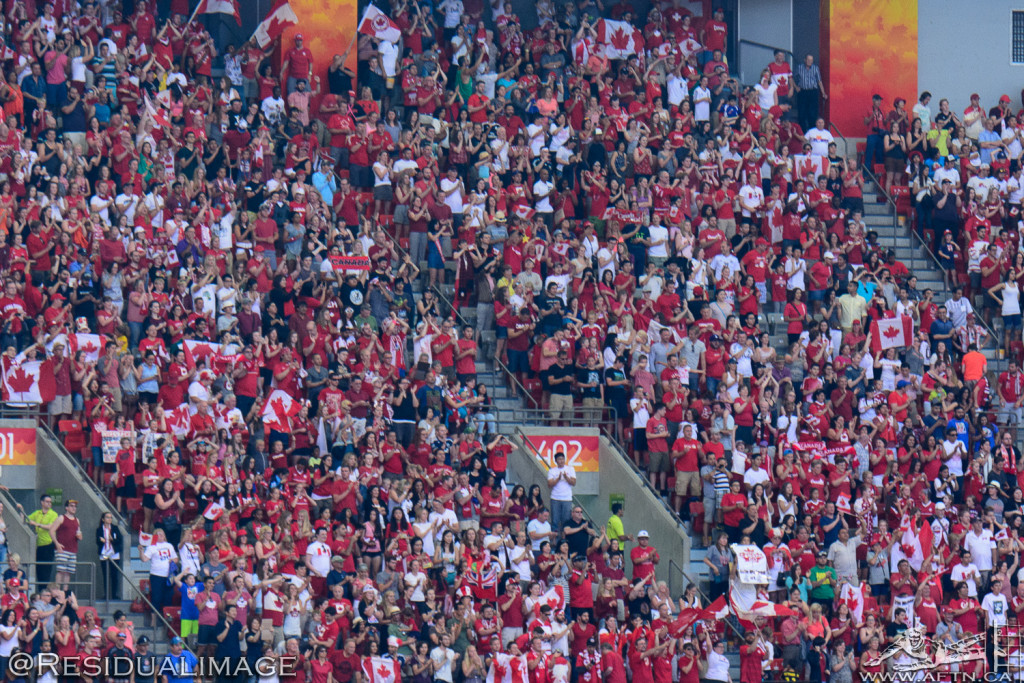 And the red and white hordes join in