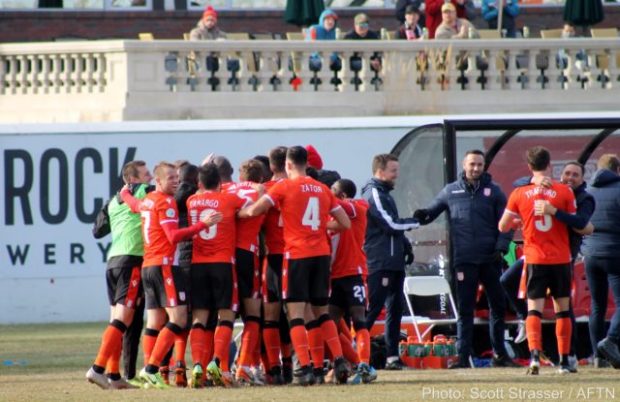 Two titles down, one to go.

On the final matchday of the Canadian Premier League’s inaugural season, Cavalry FC clinched the fall title with an energetic 3-1 win over FC Edmonton, in a hotly contested Alberta derby on October 19 at Spruce Meadows.

The victory leapfrogged Cavalry over second-place Forge FC, who had handed the Calgary club just their second defeat of the fall season the week before.

As has been the case in several of the team’s most recent home fixtures, the latest “Al Classico” took over an hour to come to life. But when it finally did, the action exploded, with all four goals coming in the final 15 minutes.

“We needed to be a bit more poised, because we know Edmonton were here to battle, and we knew they were playing for something out of pride, whether it was the series or third place,” said Cavalry head coach Tommy Wheeldon Jr.

After 75 scoreless minutes, Sergio Camargo broke the deadlock for Cavalry with his sixth CPL goal, one-timing a shot past Eddies goalkeeper Dylon Powley following a pass into the box by José Escalante. 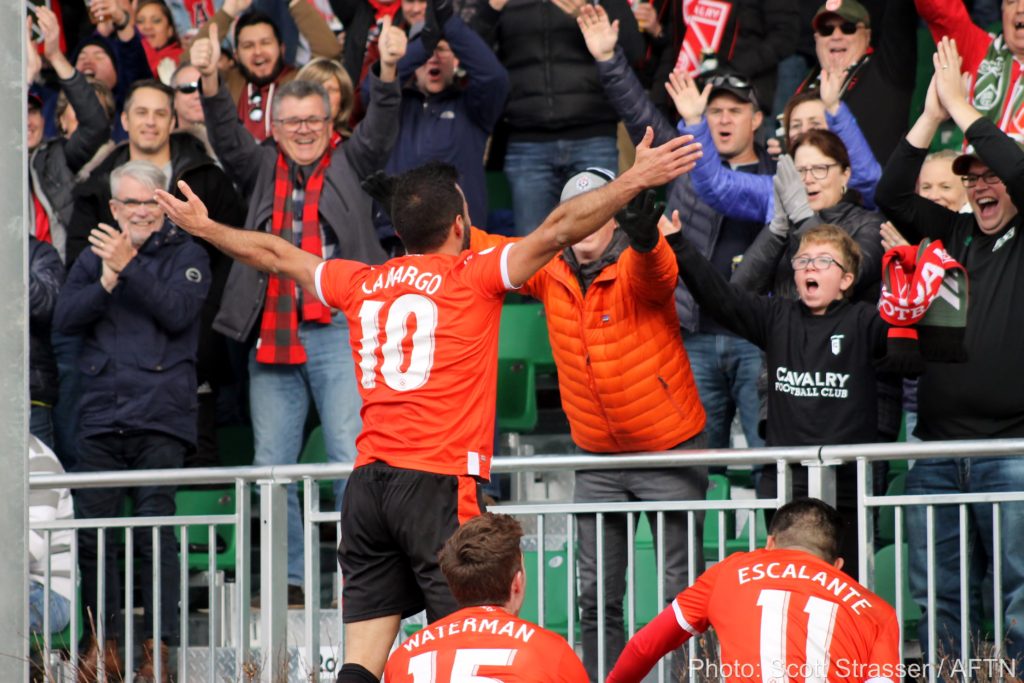 Sergio Camargo celebrates with fans after opening the scoring in the 76th minute.

The goal marked the attacking midfielder’s first tally since coming back from a lengthy injury that had kept him out of the side for nearly 10 weeks of the fall campaign.

“We just focused on doing our job better,” said Wheeldon Jr., of the Cavs’ offensive onslaught towards the end of the match. “We made some tactical nuances, when we brought Carlos Patino in and then brought in Jordan Brown, to give us a different look. It worked.”

Camargo’s goal opened the floodgates – Brown doubled the hosts’ lead four minutes later with a ferocious strike from 25 yards out that careened off the bottom of the crossbar, bouncing just over the line.

The home team put the icing on the cake in the 86th minute. Eddies defender Mélé Temguia fouled Nico Pasquotti in the box, and José Escalante made no mistake in converting the ensuing penalty kick. 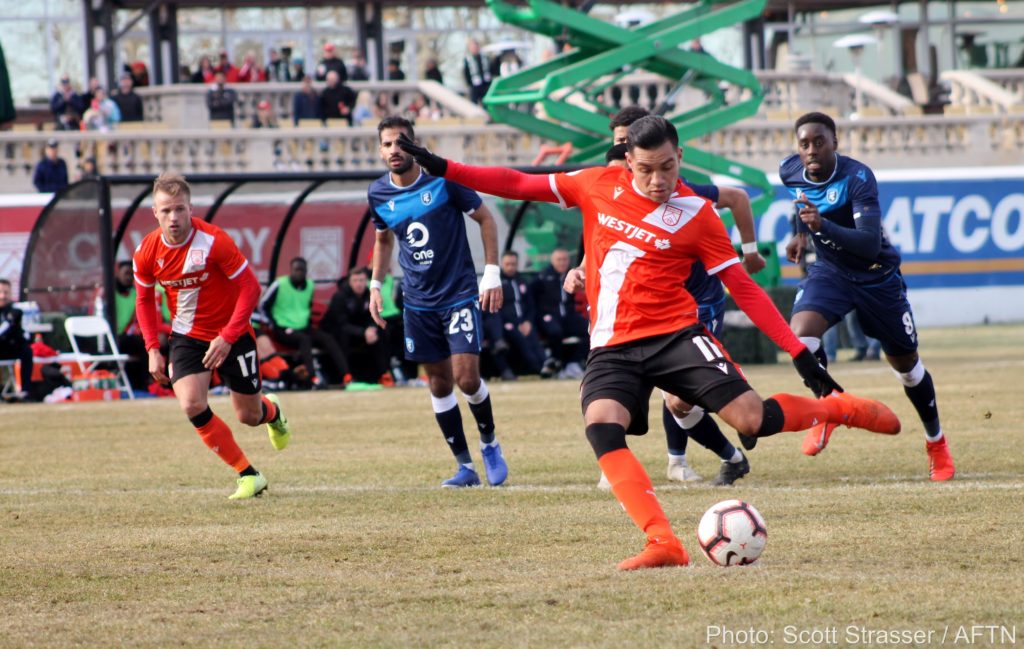 José Escalante secures the result with a late penalty kick, bringing the score to 3-0.

The Eddies added a consolation goal just before stoppage time, when striker Easton Ongaro scored his 10th goal of the season with a header following an Edmonton corner kick. It marked just the first goal FC Edmonton has scored against Cavalry this year.

The win concludes Cavalry’s fall-season record at an impressive 11-5-2. Their 38 points are one ahead of second-place Forge, who ended the campaign at 11-4-3.

Cavalry boasted an overall CPL record of 19-5-4, or 62 points. Forge followed closely behind, with 56 points. No other team in the league recorded more than 34 points.

“It’s going to be hard to catch the points total we’ve done, but we know it’s not lost on us that we have another final to win,” Wheeldon Jr. said.

“For us, this was a great dress rehearsal to play a meaningful game where we can win something. It puts us in good stead for next week.” 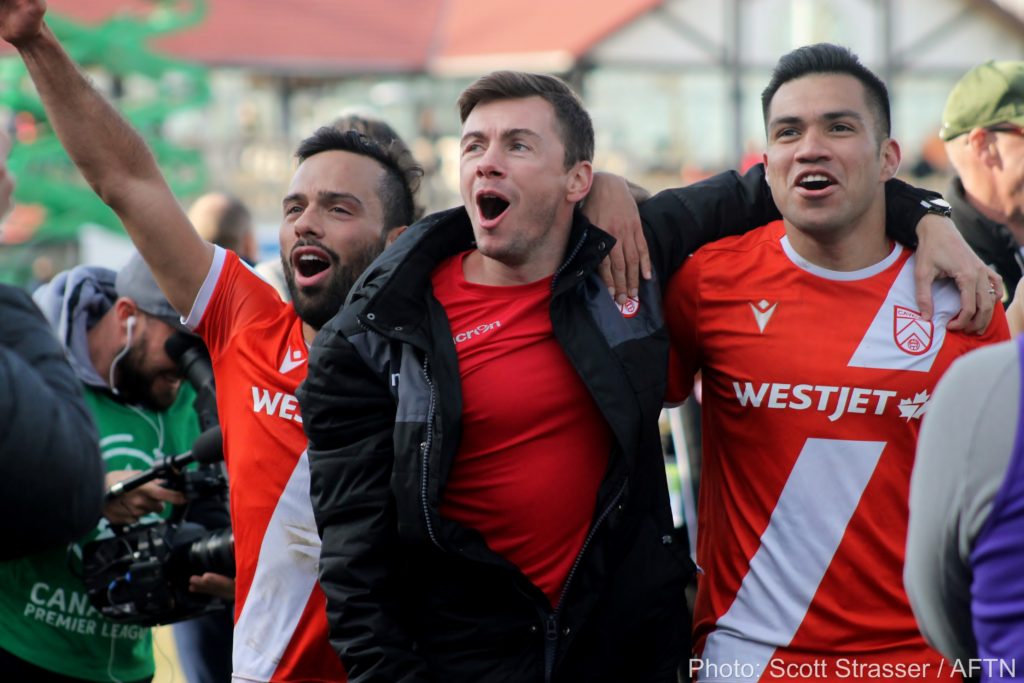 Cavalry players celebrate in front of “the Clop” after beating FC Edmonton 3-1. The win clinched the fall season title for Cavalry.

With the regular season done and dusted, Cavalry and Forge will now play each other twice for the inaugural CPL Championship. The first leg of the finals will be held in Hamilton on Oct. 26, while the second leg takes place at Spruce Meadows on Nov. 2.

“It’s going to be a tough road, because Forge are an exceptional side that deserve to be in the final with us,” Wheeldon Jr. said. “We look forward to it.”

Camargo added the players’ attitude for the next two weeks will be, “Celebrate today, bleed tomorrow.”

“Today we celebrate, but these next two weeks, we’re going to bleed,” he said.

“We talked about it as a group yesterday, to really focus on these next two weeks, because we have a chance to do something special – something that will be very hard to repeat in coming years.

“We are fully focused on these next two weeks.” 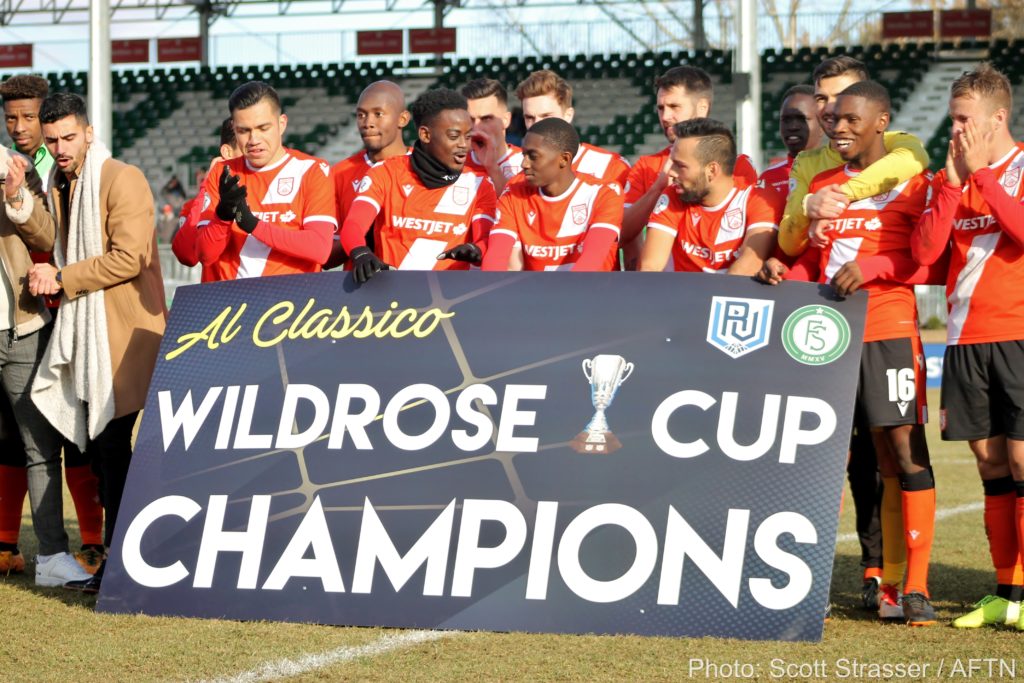 Cavalry was presented with the “Wildrose Cup” for winning the overall series between the two Alberta clubs this year.

After the final whistle, members of the Foot Soldiers and the River Valley Vanguard supporters groups presented the “Wildrose Cup” to Cavalry players for winning the overall series between the CPL’s two Alberta clubs this year.

In five “Al Classico” matches this season, Cavalry won four, and tied one. The Calgarians scored eight goals against their provincial rivals, while conceding just once.

“[The supporters] deserve it as much as anyone,” Camargo said, of winning the fan-created trophy. “They were our 12th man the whole season, so it’s as special for them as it is for us.” 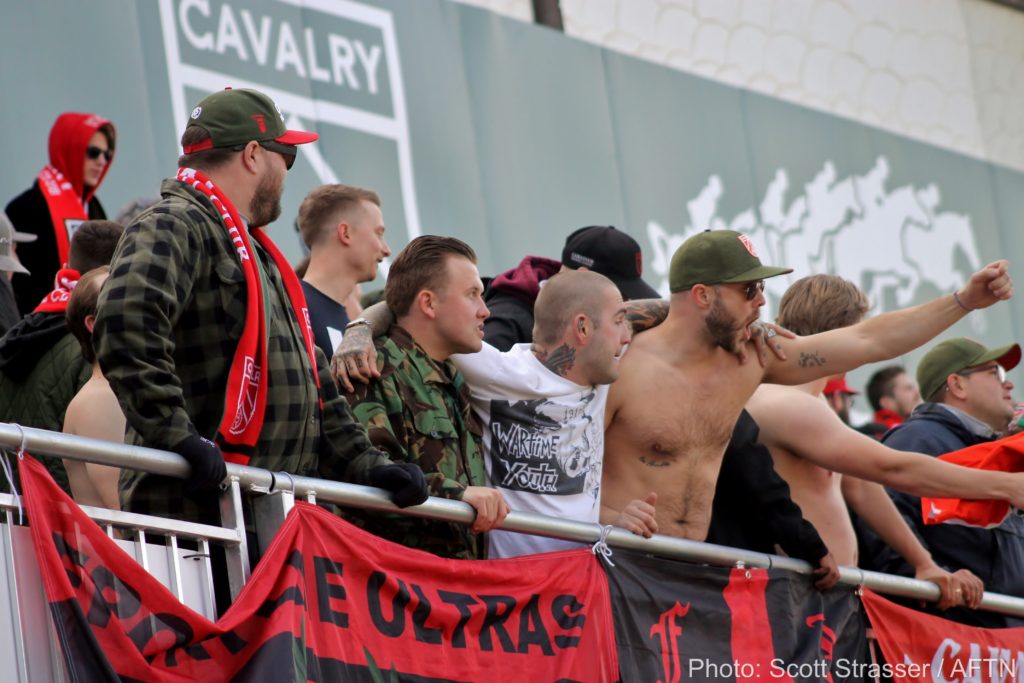 Fans in the supporters’ section were in full voice towards the end of the match. 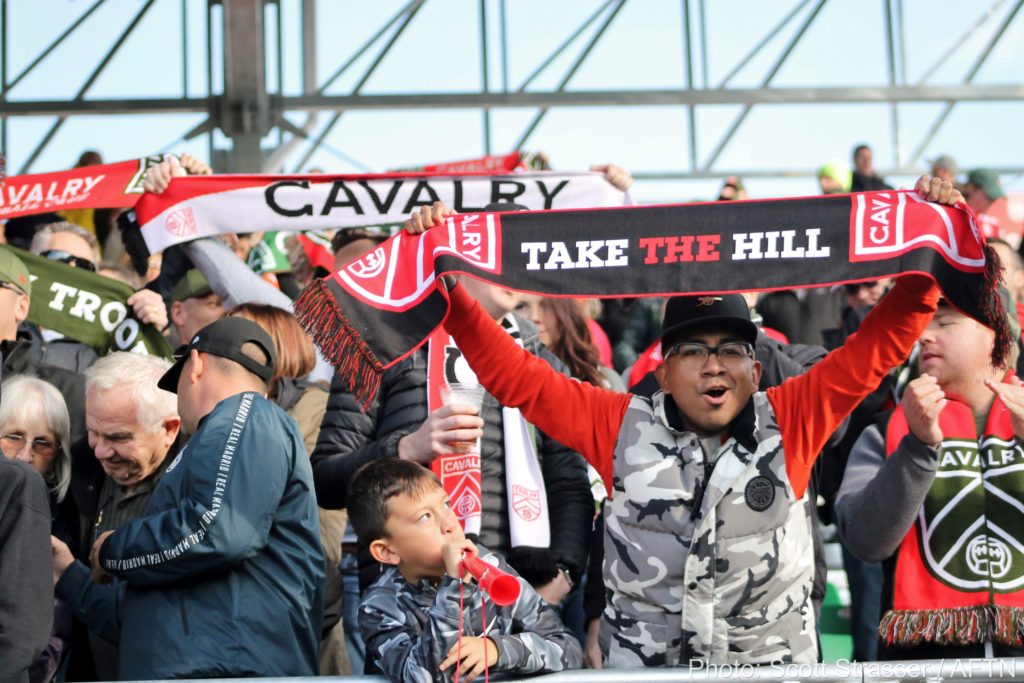