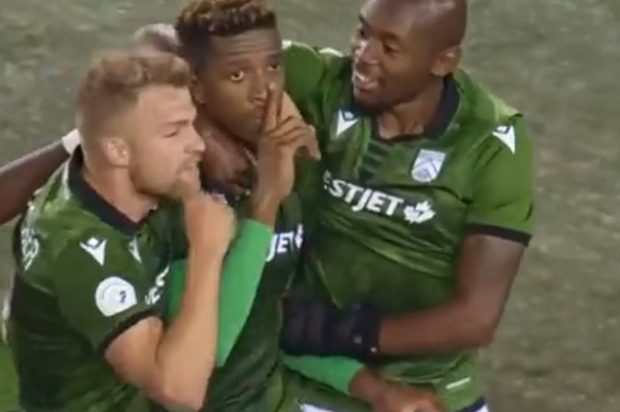 When someone inevitably writes a book about the early history of the Canadian Premier League, the 1-1 draw in the Canadian Championship between Cavalry FC and Forge FC on June 4, 2019 will probably deserve its own chapter.

The match in Hamilton showed etchings of a fierce rivalry being sown between the two teams that have proven to be the Canadian Premier League’s best in the early weeks of this inaugural season. If there’s one thing we’re learning from this cup-tie, it’s that there’s some bad blood between Cavalry and Forge, regardless of which competition they’re playing in.

Before the CPL kicked off in late April, the league tried to promote geography-based enmity that fans could get behind, including rivalries between Cavalry and FC Edmonton, York9 and Forge, and even Pacific FC and HFX Wanderers, given the coastal locations of each team. That Forge and Cavalry appears to be the CPL’s most heated rivalry thus far is ironic, but some animosity has clearly developed – organically –– from the two teams’ first matches against each other.

In the first CPL tilt between Cavalry and Forge on May 12, the Calgarians rescued the result with a late winner from Nico Pasquotti deep in stoppage time. That clearly upset Forge FC players, and their desire for revenge in the Canadian Championship match on June 4 was apparent, with Forge coming out strong from the opening kick off.

After producing most of the chances in the scoreless first half, Forge took a well-deserved lead in the 49th minute through striker Emery Welshman. After Cavalry coughed up possession in midfield, the Guyana international played a through ball behind Cavalry’s back line to David Choinière, who made his way into Cavalry’s box and went for goal. Choinière’s shot was blocked by a sliding Dominick Zator, but the Forge player managed to slide the ball back across to Welshman, who lifted it into the net from close range.

That goal alone was a bit of history, as it marked the first time Cavalry have trailed this season.

Cavalry pressed in the final half hour, and their efforts were rewarded with a late penalty call in the 94th minute. The decision came after Forge’s goalkeeper Quillan Roberts struck Cavs striker Dominique Malonga with a leg as he went to control a ball in front of the six-yard box. Roberts was red-carded, and since Forge didn’t have any substitutions left, it meant midfielder Alexander Achinioti-Jonsson had to go in net for Cavalry’s spot kick.

Forge players protested the referee’s decision, some pointing out there was also a potential call for a high foot from Cavalry striker Jordan Brown in the lead up to the penalty that went unnoticed by the referees. Ultimately, it took more than two minutes before the kick was finally taken, when Malonga sent a confident shot into the bottom left corner. Achinioti-Jonsson guessed the right way, but he wasn’t able to get a hand to the ball.

Once again, Cavalry had rescued a result against Forge with a late goal. In doing so, they remained the last unbeaten CPL team, with a 5-0-0 record in the league and two wins and a draw in the Voyageurs Cup. 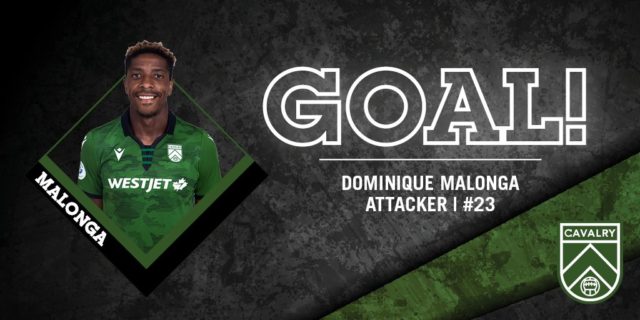 The heated nature of the game’s last few minutes continued after the final whistle, when the players and coaching staff of each team engaged in a shoving match on the pitch. The incident was disappointing to see after a competitive and hard-fought contest, but it was a further demonstration of a natural rivalry being developed.

At first, it seemed Forge players who were angry with Malonga for celebrating his goal brought on the altercation. However, three Cavalry players – Jordan Brown, Nathan Mavila, and Elijah Adekugbe – all made now-deleted social media posts on June 5 that suggested there was a racial element to what prompted the fighting.

Brown acknowledged in his Instagram post that he hadn’t witnessed the event, but was posting in solidarity with one of his teammates.

Whether or not there will be an investigation into the Cavalry players’ claims from the Canadian Soccer Association or the CPL is still to be determined. None of Forge, Cavalry, the CSA, or the CPL have released statements about it as of writing.

Whatever does occur, we know the return leg at Spruce Meadows on June 11 will come with some added spice – and let’s not forget that a battle with the Vancouver Whitecaps in the third round of the Canadian Championship awaits the winner.

👀 Got kinda spooky out there at the end!