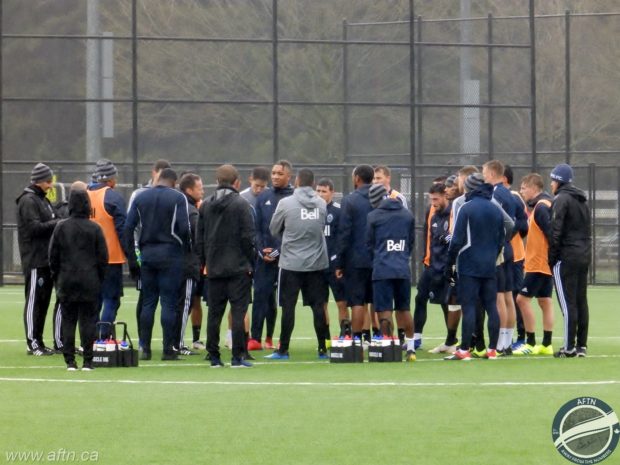 Vancouver Whitecaps’ 2019 preseason is finally upon us. The players are back in town and back in action. Monday’s media day and medical testing was quickly followed by Tuesday’s first day on the training pitch.

Things may have gone a little bit quieter than some of us would have liked, or expected, but as Marc Dos Santos explained on MLS’ Extra Time Radio podcast, he’s the chef in the kitchen and he knows what he’s cooking.

But just what is the new ‘Caps coach actually cooking? What does a Marc Dos Santos training session look like? How will his team play?

He’s explained the latter several times since his appointment, and somewhat reiterated that on Monday when asked yet again what a team of his will look like.

“I mention it so many times I don’t want to be annoying with that,” Dos Santos replied matter-of-factly. “I’m always feeling I’m talking about the same thing, but I’ve said it a lot of times. I want this team to be very dynamic. Very fast, aggressive, higher on the field.

“To have the courage, especially when we’re playing at home, to try and dictate the game. For that you need a lot of energy. You need players that are energetic, are courageous, and I think a lot of the guys that we’re bringing in have that profile.”

On Tuesday we saw Dos Santos and his new coaching team on the training pitch for the first time. Organized, intense, and focused were three words being bandied around by the players and media afterwards. 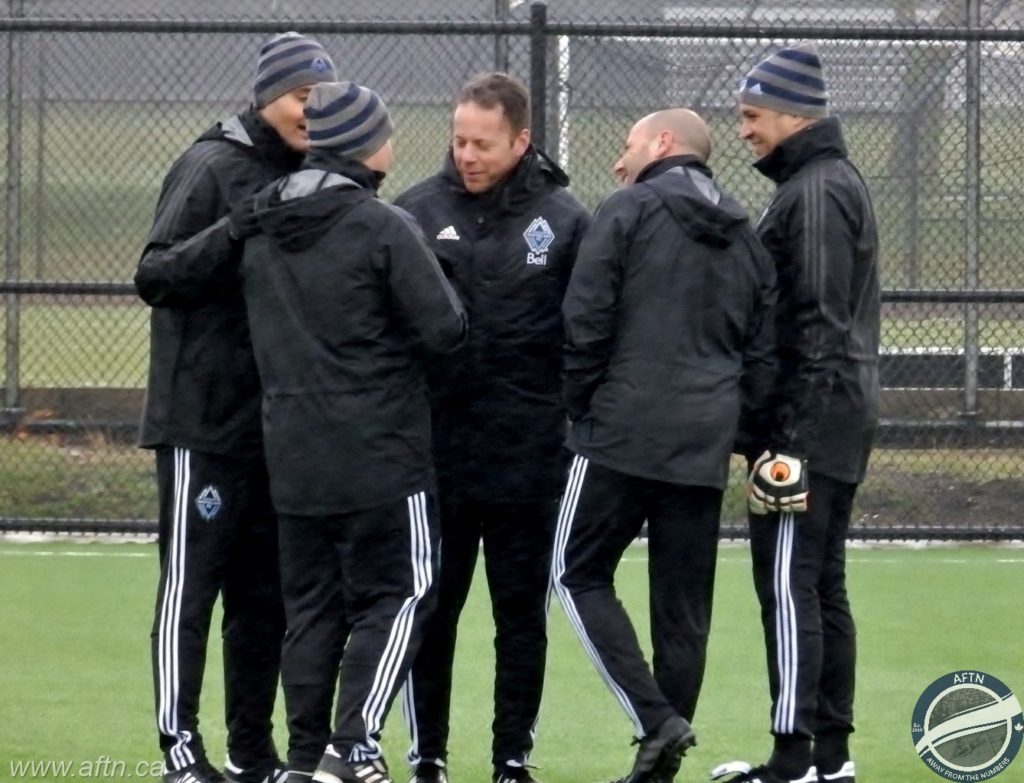 All the things Dos Santos wants to see from his team were already on display and this was day one. It was fast paced, players certainly weren’t shirking, nor would they be allowed to, and there were some committed challenges flying. It’s what you want to see and frankly, it was uplifting.

The group on the pitch was a mix of the signed MLS players, unsigned academy prospects, and even one trialist – 22-year-old Brazilian defensive midfielder Matheus Queiroz.

With no disrespect meant to Carl Robinson and his coaching team, as everyone has their own methods and style, this felt different. Refreshing to see something new after four year.

That said, it was also strange not to see Robbo, Forrest, and Pert out there. It was strange to hear different voices yelling out instruction. Dos Santos is very vocal. He’s loud in explaining what he wants. You almost feel he’s angry just at the instruction of the drill with the tone, but he’s not.

My favourite moment came when Dos Santos was explaining an attacking drill, telling the players that if they get this right, “teams will shit their pants”!

Can we learn much from day one? Not really. The main thing is that all the people that told us that Dos Santos is a tough taskmaster, demanding but fair, seem correct. And I love it. It’s what this club needs.

Last preseason, we decided to look at the ‘Caps roster build a little bit differently than previous years. Breaking down what we thought the first choice starting XI looked like at various snapshots of the preseason up to First Kick. Configuring out the ‘Caps. I liked it, so we’re doing it again!

As things stand right now, that’s clearly not an easy thing to do with so many moving pieces, and player announcements likely to start coming thick and fast. But we’ve taken a look at what Vancouver Whitecaps 2019 starting line-up would look like if the regular season got underway on Tuesday, and not just the first day on the pitch of preseason training camp. 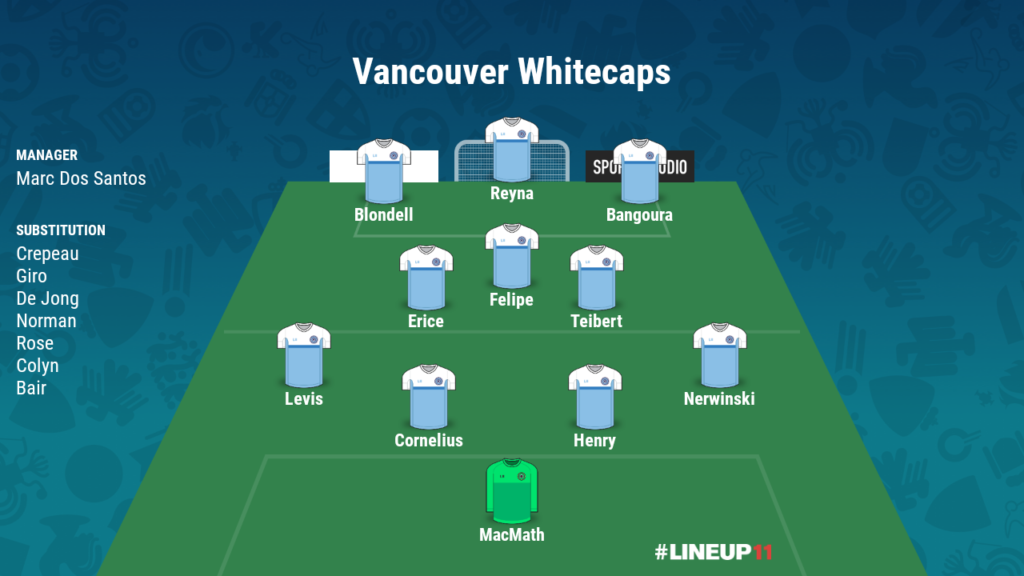 It’s not awful, but obviously at the same time, it’s not a MLS Cup lifting side, and probably not a playoff contender.

I went 4-3-3, as that looks like being what Dos Santos favours.

In the defence, Zac MacMath and Maxime Crepeau should certainly have an interesting preseason battle for the starting goalkeeper’s spot. We only have two centre backs and one right back, so they’re locks for the sake of the line-up at this particular time, and a fit Brett Levis beats out Marcel de Jong.

The midfield trio don’t have a lot of competition, although Giro for Erice would make more sense on the left but the latest addition has to be in there somewhere. Up front, to be perfectly honest, I’d rather have Theo Bair out wide than Anthony Blondell, but in the current perceived pecking order, with the latest addition today of Bangoura, and more to come, that doesn’t matter right now.

There are clearly gaps in the starting line-up to be filled, depth players to be added. The ‘Caps still need to add some strikers, some wingers, a number 10, probably a number 6, another right back, and another couple of centre backs. You can lets us know your most pressing needs in the comments.

Names are being floated out there for a number of those positions. Austria Wien’s Brazilian winger Lucan Venuto is one of those. Tunisian centre back Jasser Khemiri is another, as is Chilean born Canadian international right back Juan Cordova.

Right now the quality starter cupboard is looking a little bare. That’s panicked some, but with the MLS transfer window not opening until February 7th, it’s not as if time is running out fast for them. If we still look like this by mid February, then the panic buttons can maybe be readied.

Our next snapshot is going to be after the Hawaii part of the training camp wraps up next month. Things will be very different indeed, so let’s see how this starting line-up looks then.