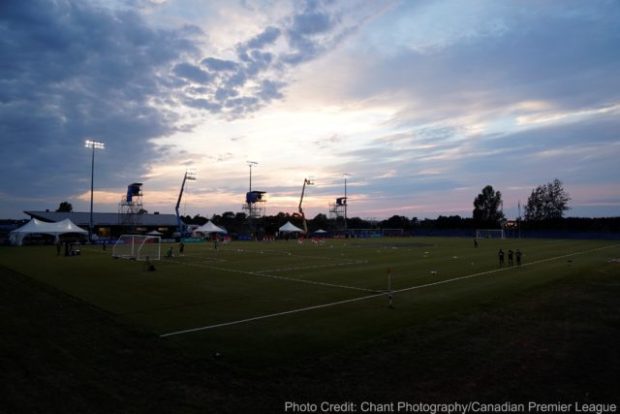 A war of attrition was how Cavalry FC head coach Tommy Wheeldon Jr described the Canadian Premier League’s Island Games tournament at the very start of the competition. He certainly wasn’t wrong.

Phase one of the tournament wrapped up at the weekend, with four teams moving on, and four others (Edmonton, Ottawa, Valour, and York9) packing their bags and heading home, their 2020 season over after just seven matches. For those that remain, things certainly aren’t going to get any easier in the next round, which gets underway on Wednesday with a pair of matches.

Cavalry, Forge, Halifax, and Pacific are the final four teams standing, with the 2020 North Star Shield and a place in the Canadian Championship final awaiting one of them over the next 11 days.

The tournament has already seen a grueling schedule of 28 matches played in 25 days. There’s another six coming up fast over the next week. Pacific FC’s Marco Bustos says he’s never experienced anything like this in all his years as a player, even at youth level. The intensity is never ending and players are almost playing on fumes already. Now those remaining have to somehow find it in themselves to take it up another gear once again.

The tournament has been a fantastic spectacle so far. More entertaining than it really should have been for teams that haven’t kicked a ball in anger since October. What lies in store next is anyone’s guess.

With points at a premium and little room for error, it’s going to be interesting to see what phase two looks like on the pitch. Will we see open games, with both teams just going for it? Or should we expect more cagey affairs, with tired players worried about making a mistake that could prove ever so costly?

Whatever lies in store, Cavalry’s Wheeldon is ready for what the tournament throws at his side.

“We’ll just play what the opposition gives us,” Wheeldon Jr said. “If they want to press us, like Halifax did, we’ll look for the spaces. If they want to drop low, like York did, we’ll try and be patient with our probing. I think it’s now going to be a tournament of resilience.

“The team with the fittest bodies, and I’ll be honest, we’ve got bodies that are hurting. We’ve got a lot of unfortunate injuries to our front lines. But what we do have is we’ve got players that will play out of position… The lads will just do whatever needs to be done and that’s what our strengths are.” 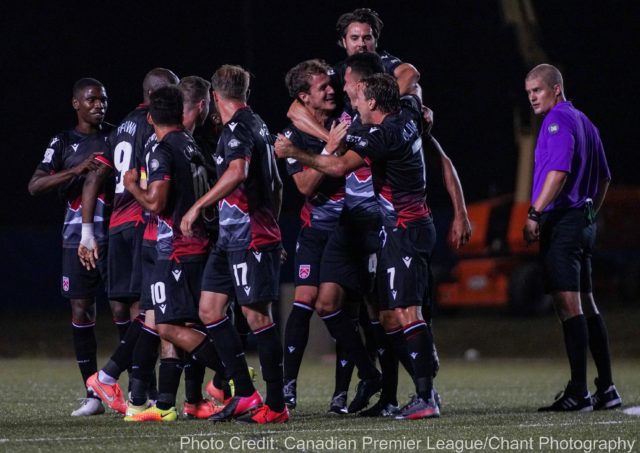 Cavalry topped the standings after the first round of seven matches. They were also conceding one goal away from crashing out of the competition. That’s how incredibly tight things were.

With all four teams realistically fancying their chances of not just making the final. but winning the whole shebang, the next stage should conjure up more of the same drama and excitement. Hopefully. As long as the tiredness doesn’t get in the way.

“Well there’s two ways to look at it,” Forge head coach Bobby Smyrniotis mused. “One of it is that every game is kind of a championship match that sets you up for the next one. Fatigue and injuries are a major factor in how games go and how things happen.

“I think games may start off cagey, but as they go on fatigue starts kicking in and sometimes you see a little bit more transition football, especially in the last 15, 20 minutes with teams going back and forth at each other. It’s interesting because if you look at the physical load on the players it’s immense. It’s immense what these players are doing over this timespan.

“I commend all of them. Not just my players but every single player in this league for the performances that they’ve been able to give on the field. There’s been a lot of quality football. That’s one thing I expect in the next round. We don’t have a week from now until the next one. It’s three days for some of the teams. The games are going to look different from the first half to the second half in the next round.”

The tiredness aspect is also a concern for HFX Wanderers head coach Stephen Hart. The Halifax side finished second in the phase one standings, playing some wonderful football along the way and are many people’s tips to now go on and win the whole thing.

“It’s going to be difficult for the games to be open, to be honest,” Hart feels. “Everybody’s in the same situation. There’s a couple of teams that are in the final now that had an early phase of a lot of games, but they got almost a week off. That has a huge impact in terms of all their players being in a certain state mentally as well as physically.

“But really and truly, I haven’t thought much about this final four yet, how I go into the games, etc etc. We’ll see how we approach things. But I do know that the players need to rest.” 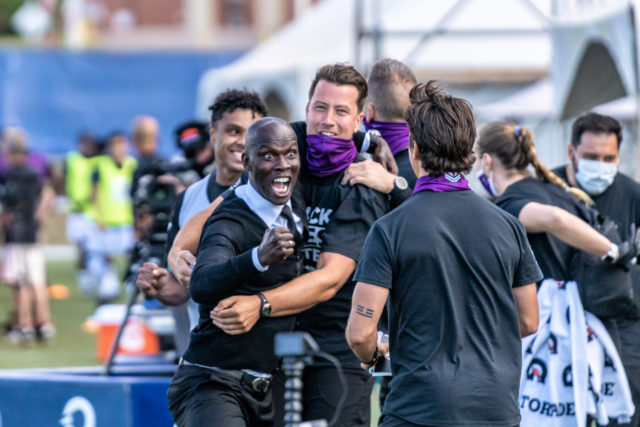 For Pacific FC head coach Pa Modou Kah though, playing it safe and going cagey is not in his make up. Kah wants his teams to play attractive football, no matter the occasion, with winning first and foremost in his mind. Why play otherwise?

“Now that you’d had your seven games, and you’re in the top four, if you’re not going to go for it, why are you even in the top four?” Kah espoused. “Right now, at this point, you always have to go for it. We play the game to win. For us, any game we go into, we’re going to play to win.”

Kah knows tiredness could be a factor in the tournament now, but he’s confident that what is at stake will see his players find a fresh level of intensity once again.

“Obviously it’s a short turnaround but sometimes you don’t have time to think,” Pa continued. “You look at the Premier League, the Champions League, it’s a game every three days. It’s a huge test for these boys, but it’s different because they haven’t played for three hundred and something days before they came to this tournament and in this tournament, all the teams have played very good football.

“The teams that are left are going to fight for it. We’re obviously going to see tired legs, we’re going to see everything, but I just think adrenalin and just knowing that you have a chance to win something will carry them. But there’s no player that will ever play at a hundred percent during this tournament.”