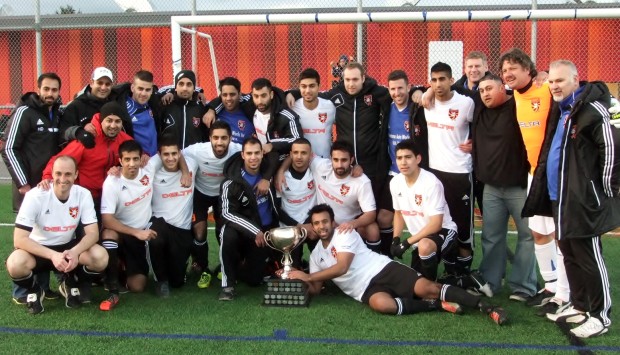 Josan’s goal was the only one in a hard fought encounter that looked to be heading to extra time before his late strike.

Delta started the liveliest of the two teams, in front of a large crowd at Trillium Park yesterday, before Columbus settled in to their groove and slowly started to control the first half.

Milad Rahmati had a great chance to open the scoring for Columbus, but Delta keeper Drew Smiley made a strong save at his near post.

The League champions kept the pressure on and Tino Cucca fired just over from the edge of the box, after a neat passing move by Columbus that deserved better.

Delta had their chances too in the first half, the best of which came from Josan, who was played through to a one on one with the keeper, but Thomas Lindley came out well to force Josan wide and give his defence time to recover and clear the danger.

Columbus had the last chance of the first half when Columbus captain Steve Deblasio dispossessed Arjan Grewal and Smiley was forced to concede a corner with another near post save. 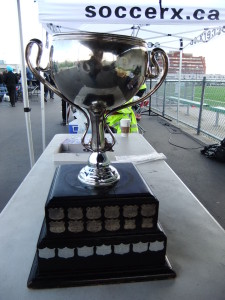 The second half lacked too many clear cut chances, with neither side wanting to make a costly mistake.

Columbus came close to breaking the deadlock in the 69th minute when Nathan Quan could only look on as his shot went inches past the right hand post.

They came close again three minutes later when Rahmati shot just over from a good position.

Columbus looked like they were the only team likely to win the game for most of the second half but as the minutes ticked down, Delta started to look the stronger and more dangerous of the two sides.

That danger then provided reward a minute into stoppage time when Josan was played in and bore down on goal. Lindley managed to get a hand on the Delta midfielder’s shot but was unable to stop it from going in for what proved to be the match winner.

The goal signalled massive celebrations on the Delta bench and although Columbus pushed forward in the remaining few minutes, they were unable to trouble the Hurricanes goal and land the League and Cup double, and Delta lifted the 100th Imperial Cup.

Delta’s match winner Gagan Josan was named the ‘Adidas Soccer Xpress Most Outstanding Player’ for the final and spoke with AFTN after the game.

Josan had looked busy throughout the game and was Delta’s most potent attacking threat. Until he broke through and slotted home the late winner, the match was looking certain to head into extra time. Is that how it felt on the pitch?

“I didn’t think so. We had plenty of chances and I just thought it was a matter of time before we’d get one. I knew we’d do it.”

No matter what the level, to have the chance to win a Cup final in stoppage time is a pressure situation, and something you dream about as a kid growing up, what was going through Josan’s head at he bore down on goal?

“I had a few chances during the game and I knew I’d get one and I just had to keep going with it. I shot it and luckily it went in for me.”

So how does it feel to score the winning goal in the 100th Imperial Cup final?

“It feels great! We battled all year for this. We beat three top teams to get here and to win it in the 90th minute, I mean it’s undescribable.” 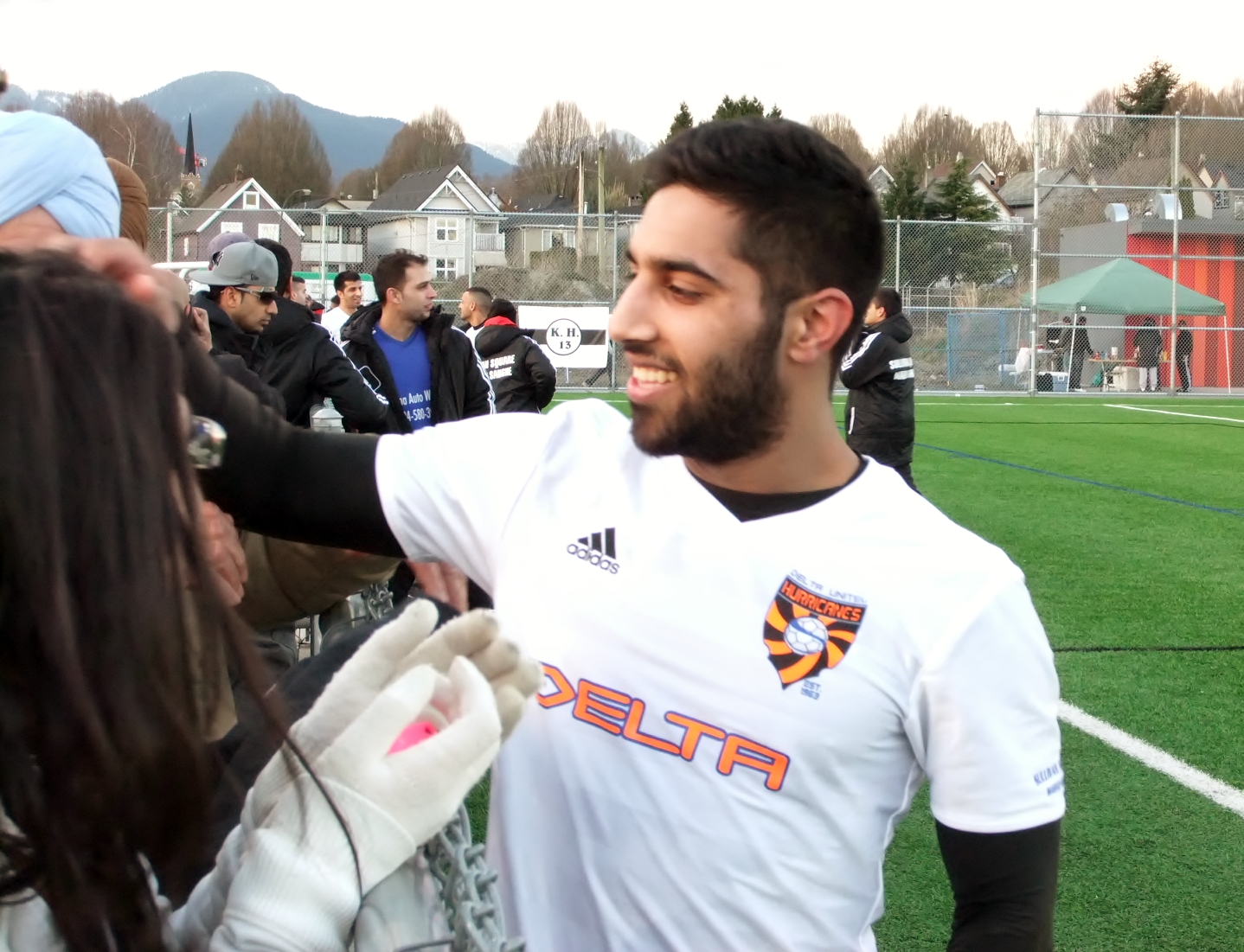 For Delta United, attention now turns to the Provincial Cup which kicks off over the weekend of April 13th and 14th. The draw will be made in Victoria on April 2nd and the Hurricanes will find out which of the other 15 teams they will face in the ‘A’ Cup.

Delta lost last year’s final 3-2 to Surrey United Firefighters. Can they go one better this time around and do the Cup double?

The Imperial Cup game brought the curtain down on a great day of VMSL cup final action at Trillium Park yesterday.

Five finals were played in all, with Guildford beating West Van 1-0 in the U21 Cup and Ajyal running out 4-1 winners over Meraloma in the ‘B’ Cup. Westside had mixed fortunes in the two Masters cup finals, with their ‘A’ team winning the Masters ‘A’ Cup, in a 1-0 win over PoCo Castilians, but their Westside Originals team losing out 2-1 to Columbus in the Masters ‘B’ Cup.