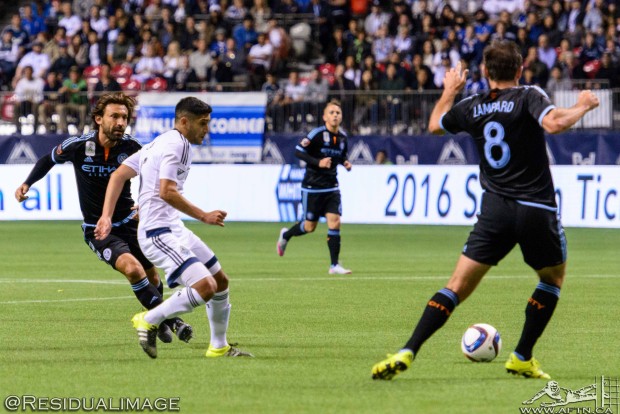 Major League Soccer is a wonderland of blasts from the past, unbelievable amounts of travel, and rules that are announced when the ink has barely dried on the napkin it was written down on. Trying to explain Discovery Rights, Targeted Allocation Money or Generation Adidas Players to a stranger to the league is a near hopeless task, but the most famous of all these rules is the “David Beckham rule” – Designated Player roster spots.

Designated Players are a really weird thing when you stop and think about it. What the league is basically saying is that you can have three players who are way better than everyone else.

Things like marketing potential are hard to quantify for the big names like Beckham or David Villa, but are they really worth the financial burden on the field? Most of these guys are looking for a last paycheck! Are they really all they are hyped up to be?

Analyzing this would be a lot of work obviously, you would have to take all sorts of stats and make a formula that would assign a value to each player. It would take hours of research and spreadsheeting, not to mention comparing stats across websites!

So that’s exactly what I did. On a cold Friday night, I created the DPC (Designated Player Coefficient).

The first thing to do was find a formula that accurately showed the worth of a player, so I used Golden Boot contenders Sebastian Giovinco (a DP) and Kei Kamara (not a DP) as examples, and played around with my formula. Ideally Giovinco would edge out Kamara as Giovinco won the MVP award and should be the highest rated.

The DPC takes Appearances, Goals, Assists, pass completion percentage, aerial duels won per game, Yellow and Red Cards, MOTM awards, and shots on goal and applies it to this formula: 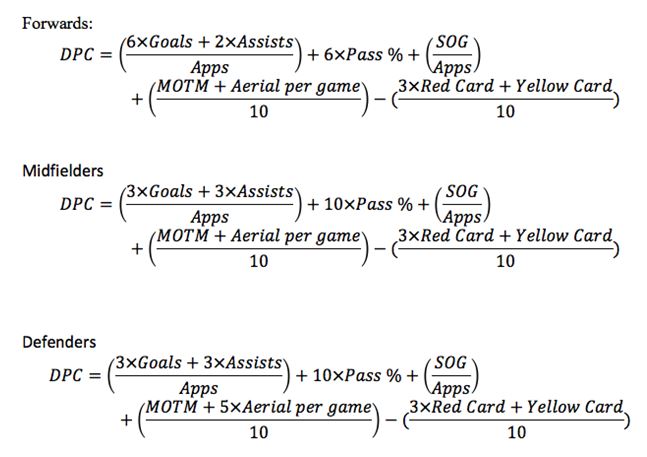 OK, I know it’s not perfect, but having crunched all the data, I think it accurately portrays the value of each DP. Yes, there are so many factors off the field, and they do lots of work that doesn’t translate to stats, but these are the important stats for a reason. Results are why these guys should be brought in.

So which team is winning the Designated Player race according to the DPC? I took an average of all the DP’s for each team and came up with a table! 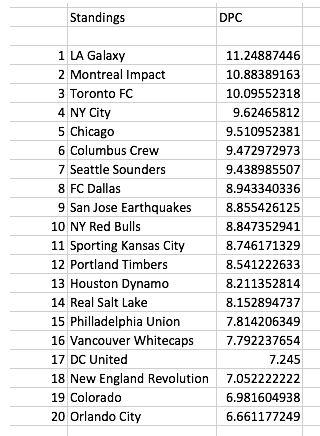 It looks like the teams that spend big on DP’s get what they pay for, even if the financial payout is massive. I realize that games are not won and lost in the DP department, there are at least eight other players on the pitch. Kei Kamara isn’t even a DP and he is valued higher than more others!

I was really surprised to see LA and New York City up at the top. When I was thinking about doing this analysis, I thought these teams would be middling as they seemed to focus more on the commercial side of things, but it seems that these big names also produce effectively on the pitch.

The fact that New York and LA are prime destination locations for players may mean that the “supporting cast” would be willing to accept a lower wage to live there, thereby freeing cap space and allowing more big name players to be a part of the team.

Orlando bottoms the pile, but they are a young team that are still trying to figure this league out. Chicago ranked highly because their DP’s didn’t play much but did score while they were there; I considered excluding them from the analysis as their DP situation is a bit of a wreck.

The Whitecaps are a bit of an anomaly, because the headline guy, Pedro Morales, had an off year and Matias Laba’s game doesn’t really translate to stats. Ideally I would have liked to include a tackling percentage but I wasn’t able to find them anywhere.

This analysis helped me better understand the roles of Designated Players across the league. The stats show that these players are generally of higher quality, and that teams who go for the big names get what they pay for.

I believe that the largest take-away is that the season is won and lost in the rest of the team. The average coefficient is around 8, and all teams are within 3 points of the average. The top three teams made the playoffs, but 4th and 5th didn’t. The Supporters Shield winners are 10th and the MLS Cup Winners are 12th.

No team is running away with the DP race, so maybe we shouldn’t blow it out of proportion.