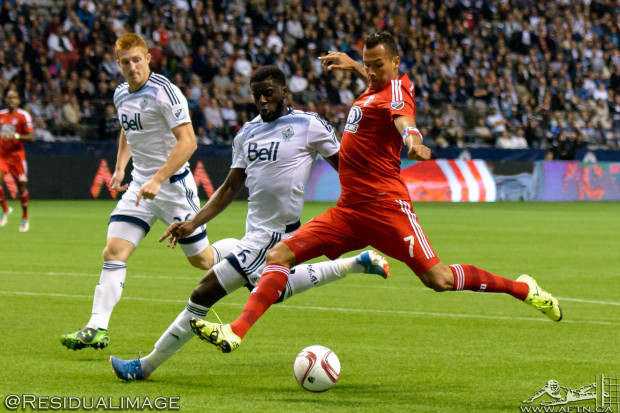 Love him or hate him, Blas Pérez knows how to find the back of the net in Major League Soccer, and he may be continuing to do that soon as a Vancouver Whitecaps player.

With 37 goals in 103 career appearances for FC Dallas, he’s been a thorn in the Whitecaps side these past four seasons, finding the back of the ‘Caps net four times and proving a handful to defend.

According to a source close to the now former Dallas player, the Whitecaps have made contact about possibly bringing the 34-year-old Panamanian striker to Vancouver, but there are a couple of speed bumps in the way.

AFTN has been told that FC Dallas is looking for $50,000 in allocation money for Pérez’s MLS rights, but that is not the major hold up. Our contact has also been told that Vancouver is first looking to sell on a current MLS roster player to a team in Europe to open up a roster spot for Pérez and make cap room for him.

Any Whitecaps supporter knows that Pérez is not even close to being a fan favourite here, coming off more as the villain of the piece these past few seasons. That being said, Carl Robinson has shown in the past with the Pa-Modou Kah signing that the past actions of a player doesn’t play a factor if he deems the transfer will make the Whitecaps a better team.

Pérez is one of those players that most supporters don’t like unless he is playing in their team’s jersey, but once he pulls that on, his qualities are soon admired.

Blas Pérez has bid farewell to FC Dallas. As much as I disliked him there, the Cap Killer could work here. Robbo seems to want a Panamanian!

Carl Robinson has previously told AFTN that he is looking to bring in a big target man up front, primarily to give the Whitecaps something different off the bench. Pérez fits that role down to a tee, and exactly how he saw out the latter part of his last season with Dallas, while also giving Robinson another option to push current strikers Octavio Rivero and Masato Kudo for that starting role.

With the recent retirement of Robert Earnshaw to be the Whitecaps U14 head coach, and with the team not bringing back Mauro Rosales, there is a void for more quality MLS experience and an older head in the locker room.

With the France and Belgium transfer window open until February 2nd, there is still time for the much rumoured Gershon Koffie move to a Ligue 2 or Belgian club, but Robinson also still has players like Darren Mattocks and Erik Hurtado he can move to make roster room.

Will Pérez be the final piece of the Whitecaps attacking jigsaw? We’ll soon find out. 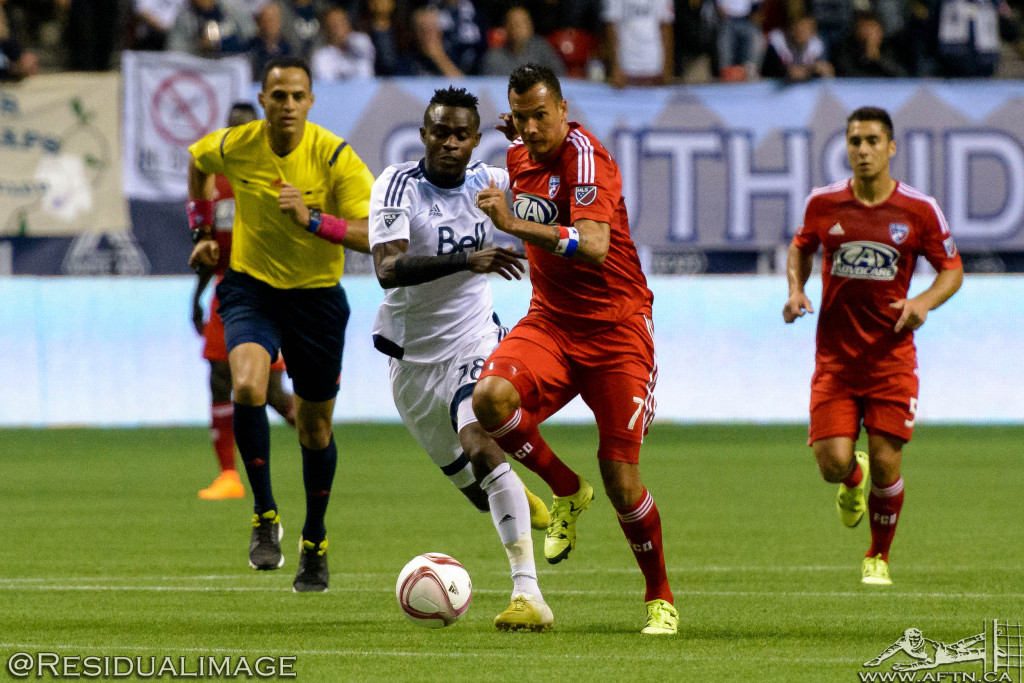 Just a few updates to the story with regards to transfer rumours linking Perez with a return to former Colombian side Cúcuta Deportivo. Aaron’s been tweeting about it today (follow him on @AaCamp81), so it’s easiest just to embed those….

(1/2)I have been told Blas Perez left Dallas today and headed back to Panama. They wouldn't verify if its due to being frustrated that…

(2/2) FC Dallas is stalling him coming to Vancouver over wanting $50,000 in allocation money for his MLS rights.

[In summary, those tweets are saying Perez looks to have been ruled out for a return due to a low cash offer and he has interest from sides in MLS]

(2/2) money to return to their club that he has played for before. With FC Dallas stalling a MLS move, this might be only option for Perez.