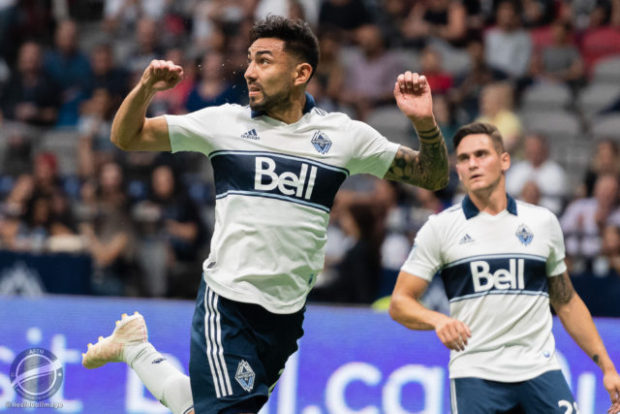 Frustration. That was the overriding feeling for Vancouver Whitecaps centre back Erik Godoy during a difficult 2020 MLS season.

After an impressive first season at the club, where he played all but five matches, ‘Caps coach Marc Dos Santos made Godoy’s loan move from Superliga Argentina club Atletico Colon a permanent one, inking the Argentine to a two year deal, with a one year option last January.

But the 27-year-old came into the Whitecaps preseason camp with a niggling injury, one that took the summer to heal only for the defender to reinjure himself prior to the MLS is Back tournament in Orlando, keeping him further out until September.

“I was frustrated for a long time because of my injuries,” Godoy told media through a translator on Thursday. “It took about eight months without playing on the pitch. Little by little I got to play. I ended up playing the last three months and started to feel much better.

“This year I feel great. I feel fantastic. I had three great months in Argentina where I was training. I’m feeling good… I am ready. I am ready for as many possible games as they want me to play. I feel that physically I’m at the top of my level and I’m ready to go.”

A fully fit and healthy Godoy is expected to marshal the Whitecaps backline this season and his experience and composure will be crucial if the team are to finally plug some of the holes in one of the leakiest defences in Major League Soccer.

The ‘Caps had the third worst goal difference in the league last season (-17), shipping 44 goals in their 27 matches, an average of 1.63 goal against per game. It was a slight improvement from the -22 goal difference and 1.74 goals against average from the season before, but those are numbers that are never going to see a team challenge for a championship.

They need to greatly improve, especially with the large amount of money the club has invested in the defence on the likes of Godoy, Ali Adnan, Ranko Veselinovic, and Jasser Khmiri. A fact of which Godoy is fully aware, but also notes that defensive duties don’t just fall onto the shoulders of the back four.

“I think that defence isn’t just the four defenders, we need the whole team to help defend and be compact and help each other,” Godoy said. “Last year we struggled with possession and this is something that we need to improve on. We need to be able to keep that much more than it was last year.” 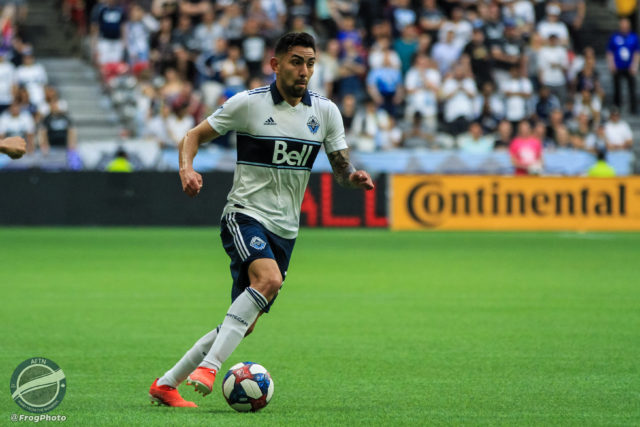 The signs were certainly there down the stretch last year that the team was starting to solidify the backline and shore things up considerably. The ‘Caps gave up just seven goals in their last seven matches of the campaign, keeping two clean sheets and winning four of those games.

Godoy only made his first appearance of the year on September 5th, playing the first half of Vancouver’s 3-2 win over Toronto at BC Place. He then started nine of the club’s last 10 matches, forming an impressive partnership with Serbian centre back Veselinovic, a pairing which could be crucial to the ‘Caps success at the back this season.

“Ranko is a great player and we’ve developed a very good understanding when we’re playing together,” Godoy feels. “Last year, sadly, I lost a lot of games due to injury and was never feeling one hundred percent, but just in the last three months I feel that I’m playing a lot better. I feel good and I’m happy to get this season started so that we can get the Whitecaps into the playoffs.”

There is also help at hand this season on the right side of the Whitecaps defence, with the addition of 27-year-old right back Bruno Gaspar, on loan from Portuguese side CP Sporting, looking to be a solid upgrade for the position, and giving the ‘Caps arguably the two best full backs in all of MLS.

With upgrades in the midfield also expected, the signs are certainly there that this should be a better season defensively for the club. It’s the putting it all together now on the pitch that is going to be the making or breaking of the Whitecaps in 2021 you feel.

“It’s very important for every position to have two players, so that we can get stronger and there’s a little bit of competition,” Godoy said. “It’s really good for us to build that competition so that we can move forward this year.” 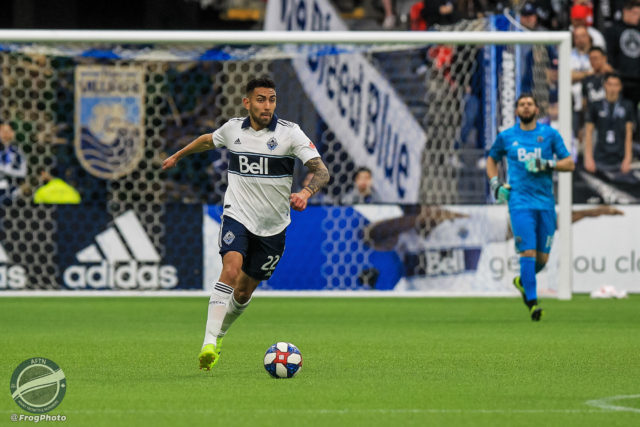