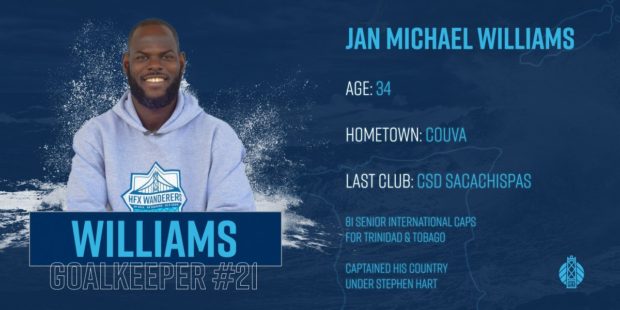 This is part two of what will be a five-part in-depth look at the HFX Wanderers squad and staff heading into the inaugural Canadian Premier League season. To read part one, on the coaches, click HERE.

6’3. Pillars for arms, bear paws for hands. And, as I’m sure my grandad would reverentially remark, built like a brick shit-house.

If a football-loving alchemist was to pour all the ingredients necessary to be a top-level goalkeeper into a cauldron, soon enough a slightly crazed looking Jan-Michael Williams would materialize from the smog, wild-eyed and disorientated but with enough presence of mind to berate his creator for failing to pick up the striker at the back-post.

It’s curious, then, the lack of fanfare the signing of Williams has generated. Part of the reason may be that he isn’t Canadian, and in a league that’s eager to remind us is ‘for Canadians, by Canadians’, this could be viewed as a slight blemish.

Another reason might be the unjustified suspicion that at 34, his best years are behind him.

The CPL community isn’t alone in having slight reservations against the goalkeeper, though. Even for those with an eye on Trinidadian football, there’s a lingering sense that William’s career could’ve reached loftier heights. Lasana Liburd, a Trinidadian sports journalist, referred to Williams as a ‘bright prospect’ who maybe hasn’t ‘become what we wanted him to be’.

And what they wanted him to be was a top-level goalkeeper playing in a standout European league.

William’s sliding doors moment came in his early-20s when a rejected work permit denied him a proposed move to then-English Premier League team Sheffield United. If this move had materialized, there’s every chance he’d have had a similar career trajectory to fellow countryman Shaka Hislop, who spent 14 years in English football with Reading, West Ham and Newcastle.

It seems a little churlish to be too harsh on the big ‘keeper, though. After all, in response to this early setback, Williams went on to have a solid career that took him to Belgium, Hungary, Honduras, and most recently Guatemala. Factor in some time spent on trial at Scottish powerhouse Rangers, and HFX Wanderers have a player with enormous pedigree, particularly within the context of the Canadian Premier League.

On the pitch, Williams brings a cool, experienced head to proceedings. Commanding in his area, still agile at 34, and with enough miles in the gloves to leave him unfazed by the chaos of a crowded penalty box, the big Trinidadian has the know-how to lead this fledgling Wanderers team from the back.

From a technical standpoint, he does the basics very well. A good shot-stopper, yes, but not in a showy, one-for-the-cameras way that some are. He’s also a very good set-piece goalkeeper. There’s a cerebral calmness in how he deals with attackers during corners or direct free-kicks, almost like an apathetic older brother holding his younger sibling’s head at bay as he throws air punches that never quite land.

In an era where goalkeepers are increasingly judged by how good they are with the ball at their feet, his distribution is fine. Characterized by a simplicity that should relax those who feel intense terror any time a goalkeeper tries to play it out from the back, William’s tends to play safe balls out to his full-backs and center-backs. While we shouldn’t expect to see him spraying long, defence-splitting passes that take the opposition midfield out of the game, we can feel safe in the knowledge that he won’t make too many mistakes this season.

Williams, who prior to signing for Wanderers was seriously considering retirement, knows that the Canadian Premier League offers an unexpected final few chapters to his professional journey. Here he has the unique chance to not only lead a group of young players, but to also become a better ‘keeper, even at 34.

“I can still hit my peak, I don’t think I have yet” he told the CPL website back in January. As he approaches the autumn of his 17-year career, it seems that Jan-Michael Williams still has some things left to prove. 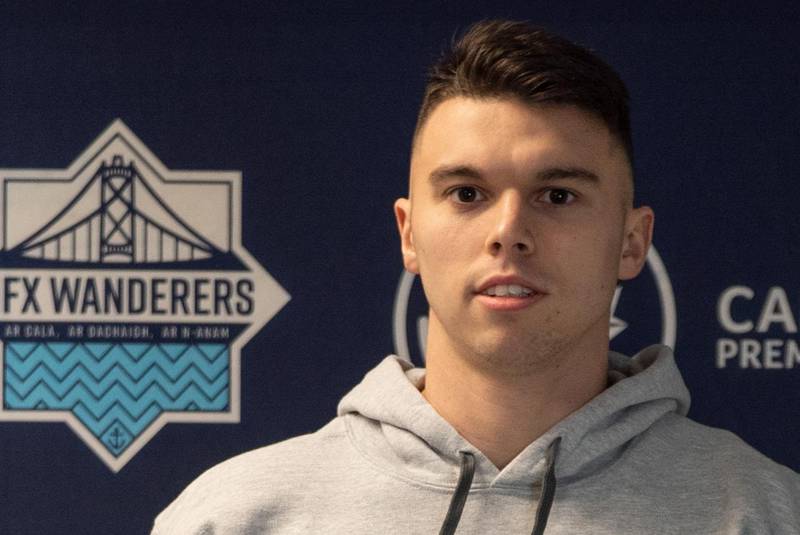 As he readies himself for a season under the tutelage of Jan-Michael Williams and goalkeeping coach Michael Hunter, Christian Oxner could be forgiven for occasionally pinching himself. The Clayton Park-native, who has spent the past few years playing at university level for Saint Mary’s Huskies and in a local Nova Scotian league, now finds himself alongside seasoned professionals in the HFX Wanderers pre-season training camp.

In Williams, the young ‘keeper has a natural example to follow. Is it any great stretch to imagine a Kimono-clad Williams imploring an increasingly confused Oxner to ‘wax on, wax off’ as an 80’s power-pop song blasts from the BMO Center speakers? Perhaps, but there’s a logical connection between the two: Williams with 17 years of knowledge to pass on, Oxner the hungry 22-year-old navigating his way through a first professional contract.

While he may not have the experience of many of his teammates, he’s not a player that’s been plucked from obscurity. He’s a national champion, for one, after defeating FC Winnipeg 1-0 to win the Challenge Cup with Western Halifax in 2017. It was a tournament that earned him rave reviews and no doubt spiked the attention of those in the early-stages of bringing a professional football team to Halifax.

He’s also one of only two players in the current Wanderers squad to have played at the Wanderers Grounds. Twice, in fact. His selection as the Atlantic XI’s goalkeeper in last year’s exhibition friendly vs. Fortuna Dusseldorf led to an eye-catching performance and a game-winning penalty shootout save. He also performed there in early-September during a SMU Huskies v Dalhousie match that ended in a 0-0 draw.

The strongest card in Oxner’s deck is his relationship with assistant coach, Michael Hunter. The pair have worked together consistently since Oxner was a youth-player, ramping up their training this winter as he prepared for what was, at first, just a trial. Clearly, the young Haligonian impressed enough during these sessions to earn a contract outright, sparing himself the stomach-clenching pressure of proving himself over a two-day training camp.

In Hunter, Oxner has a man that knows him inside out. A man who will recognize his qualities, but also understand his limitations and how to manage them.

Hard work has got Christian Oxner to this point. Hear any of his former coaches or teammates talk about him, and it’s this point they return to again and again. There were obstacles, there were doubts, but there was also hard work and a stubborn resolve to succeed.

He’s got a foot in the door now. One of the most intriguing elements of this fledgling Wanderers team is how easily he can make himself at home. Should he do so, an obvious trajectory is likely to take place: a year or two under the guidance of first-choice ‘keeper Jan-Michael Williams, before taking the reins as the HFX Wanderers number one for years to come.

It’d be a fitting thing to happen. A Maritimer succeeding with the most Maritime of characteristics: hard work.