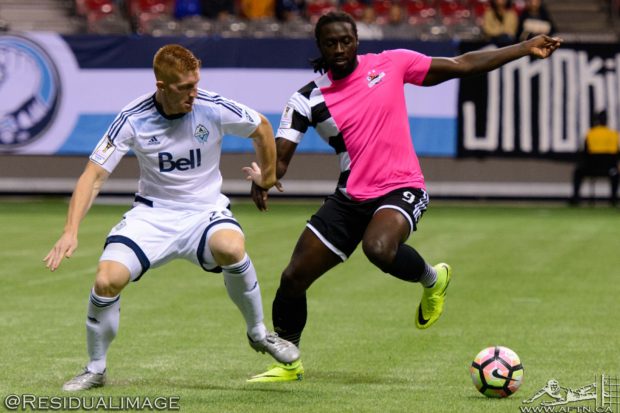 VANCOUVER, B.C. – It’s all starting to take shape for Atlanta United ahead of their inaugural Major League Soccer season.

Atlanta named their first head coach this week with the addition of the experienced Argentine Gerardo “Tata” Martino. With a 20-year coaching career behind him at both club and international level, Martino joins the seven signed players already on Atlanta’s books, with more to come soon.

Martino’s experience of the world game will be crucial in Atlanta’s first season in the league, as will that of veteran forward Kenwyne Jones, who joined United in July.

Jones heads to the league as a familiar name, having spent the past 12 years successfully plying his trade in the UK, nine of them in the Premier League. As to why he’s chosen to come to MLS at this stage of his career, and why Atlanta instead of a more established team, the answer lies in the exciting challenges ahead.

“It was a great opportunity to be in the league,” admits Jones. “A new franchise, in a great city. It’s part of making history. We’ve just signed Tata Martino, plus we have time to gather quite a few good players and hopefully we can build the franchise into something great.

“Something like this, it doesn’t happen every year. I took it as a great opportunity to be a part of history and also to be closer to home as well because we have qualifiers coming up and it’s going to be a long road to that. I don’t want to be flying too far.”

After spending so many years with top sides in England and Wales, it would have been easy for the long time Trinidad and Tobago captain to stay on familiar territory, but Jones admits a move to MLS has been on his radar for a while now.

“Maybe five, six years to be honest,” Jones said. “It’s all about choosing the right time to be part of the organization. I’ve had a long time in England so I think it was good for me to have a change of scenery, a change of atmosphere, and also a change to the calendar year. So it was good and perfect timing to join in the MLS now.”

Jones won’t be heading in to his new league cold. He’s had plenty of time to get the take on Atlanta’s opponents next season over the last few months, and with a number of friends already playing over here, along with a keen interest in soccer in the region, MLS is already a league very familiar to the forward.

“I’ve been watching MLS all the time, so it’s nothing new,” Jones revealed. “I’ve got quite a few friends around the league so I know what it’s about. It’s nothing strange to me. It’s nothing new. I’m just going to enjoy it.

“I’ve been playing against MLS teams for maybe the last five or six years in preseason as well, so I’m accustomed to what goes on out here, so I’m not going to be a fish out of water.”

That previous experience in the US has given Jones a good understanding of all the quirks North American soccer can throw up, from the coast to coast travel to the different stadia, atmospheres, and playing surfaces around the league. But the T&T captain feels the make-up of the league is perfect for a player like himself.

“Every league, every country, has a different style of playing soccer,” added Jones. “It’s nothing different. It’s nothing that you can’t adapt to. Over here we have most of the CONCACAF players in it, so it’s always good to be in that mix, because we have qualifiers coming up. 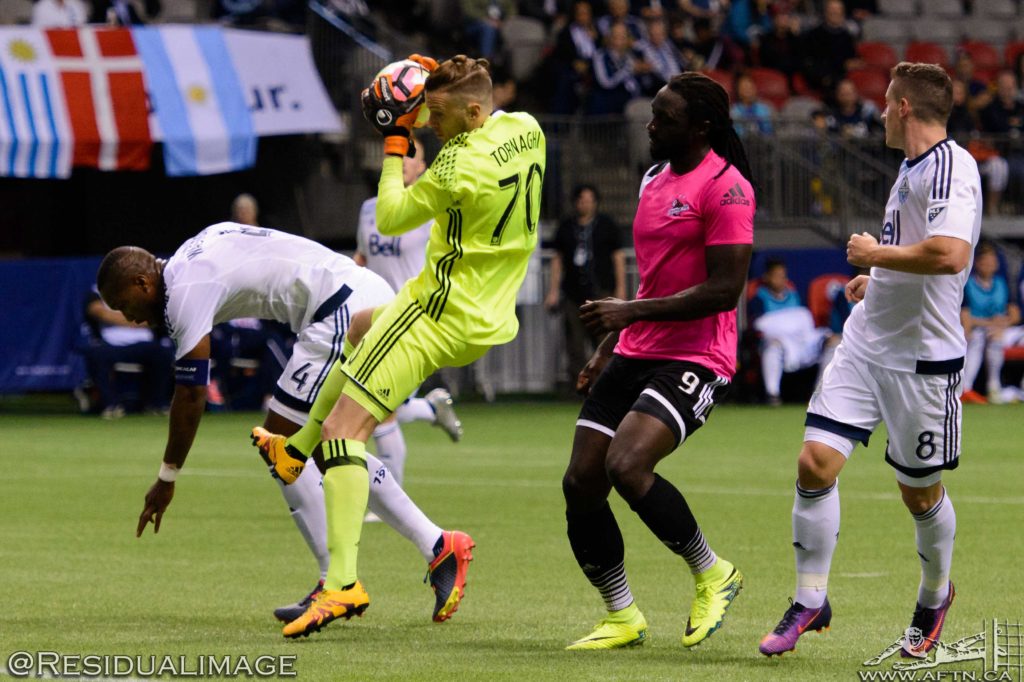 Jones’ most recent experience of a MLS stadium came on Wednesday evening in Vancouver when his Central FC side went down to a 4-1 loss to the Whitecaps. It was Jones’ first visit to BC Place and he liked what he saw. Even the rare experience of playing on turf didn’t faze him, and gave him a taste of what to expect next season with Atlanta.

“It’s a bit different,” Jones said of playing on turf. “It’s okay. When you’re used to playing on something like that it goes to your advantage. It’s not what I’m really used to. It wasn’t too bad [in Vancouver]. It wasn’t wet or too slick. It was okay.”

Jones signed a short term deal with the reigning TT Pro League Champions in the summer. In part it was to keep his fitness at top level ahead of preseason with Atlanta, but it was also a chance to return back home before the next stage of his footballing journey begins.

It also affords the veteran forward the chance to share his years of experience with the younger crop of Trinidad and Tobagan talent coming through.

“It was perfect for me to be back home for a little bit,” Jones said. “I haven’t been home for like 12 years, so it was good for me to be back home in transition to going to Atlanta and also it was difficult to go somewhere and play for six months and then go over to Atlanta. I’d probably have to extend a loan or play a year there and then join up in the middle of the season, which I didn’t want to do.

“It was a perfect fit for me at this point of time. While I’m here I’m going to be able to shed experience to younger players and also within the team, there’s players that I have played with since I was 14 or 15-years-old. So it’s not really a strange make up for me but it was also for me to be at least in a good place during the transition.”

Jones heads to MLS at a good age, having done it at the top level with both club and country. He’ll be 32-years-old when he joins up with his new Atlanta teammates and still has a number of good years left in the tank.

He’s clearly relishing the new challenge that awaits him. As to how many others will follow Jones’ path over to MLS from the UK in the coming months, he’s not sure, feeling most players tend to like to stick to what they know best.

“It depends,” mused Jones. “It goes down to the individual. Most players in England, or in the UK, I would say are accustomed to that system and don’t want to leave generally. I’m not from there, I’m from the Caribbean. I don’t have any problem to playing elsewhere.