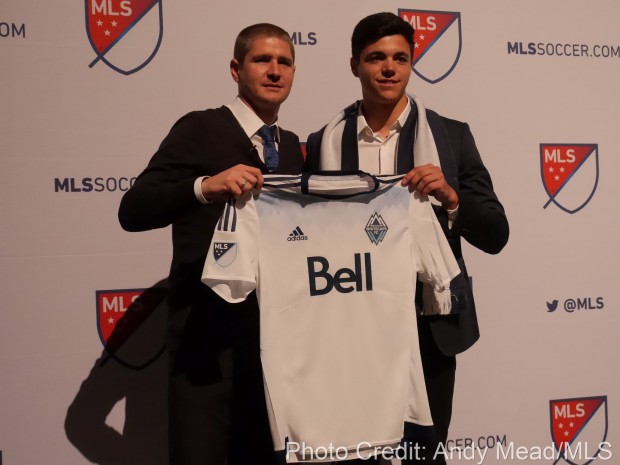 You don’t often see players from NCAA Division 2 schools drafted with team’s early MLS SuperDraft picks. But if the recent success of Canadian international Tesho Akindele at Dallas is anything to go by, maybe you should.

Vancouver Whitecaps will be hoping for similar success after selecting Lynn University’s German striker Chris Hellmann with their first second round pick of yesterday’s draft. And if his highly impressive goalscoring record is anything to go by, then they may have unearthed a prolific target man that adds something different to Carl Robinson’s squad.

Hellmann, a local Junior, was a late addition to the MLS combine in Florida, impressing many, and although he had high hopes of being picked up at some stage of the draft, being selected so high up (he went 29th overall) was even a bit of a shock to him.

“I mean, you never expect it, but I had really good talks Carl Robinson and Alan Koch at the meeting at the draft,” Hellmann told AFTN when we spoke to him on the phone on Thursday. “So I was hoping for Vancouver to be the team that picks me. Obviously it was a little surprising but I was just happy that it worked out.”

So how did the Whitecaps’ new striker find his whole draft day experience?

“It’s kind of a rollercoaster ride,” Hellmann told us. “It’s nerve wracking the whole day. For me, as a European, I didn’t really know anything about the draft system. But it’s an exciting day. I think everyone is really enjoying it and there’s a lot of excitement in that whole draft room. Teamwise and for the draftees. It’s been an amazing day and obviously a good day for me as well.”

After banging in 49 goals and contributing 29 assists during his three years and 45 games with the Fighting Knights, it was no surprise that Hellmann found the back of the net during the combine. He certainly seems to be a player who knows his way to goal and that is very much needed by the Whitecaps at both MLS and USL levels.

“I would describe myself as a player who creates a lot,” Hellmann told us when we asked him to describe his game to those who haven’t seen him play. “Assists, goals and just a lot of chances. I just like to make my teammates better. I’m not trying to do anything special with the ball. I’m keeping it simple and trying to be effective.”

That should be music to everyone’s ears.

At 6 foot, Hellmann is one of two big forwards that the Whitecaps selected in the second round. The other was Princeton’s Thomas Sanner. Robinson has talked about the need for a big target man in his squad, and with the USL side here, both players will have full opportunity to show the ‘Caps coach that they could be his man in the future.

“He’s got an understanding of the game,” Robinson said of Hellmann via conference call after the draft. “Any person who scores 30 odd goals, whether it’s Division 2 or Division 3, you need to have a serious look at.

“We know he’s an international spot, but there’s a flexibility to play within the MLS squad or within the USL, because of our USL team, which is good. Alan Koch has done a hell of a lot of work on Chris, so we know his background inside and out, so that’s why we made that decision.”

Koch’s familiarity with NCAA Division 2 football certainly helped bring Hellmann to the Whitecaps’ attention. The former SFU head coach knows Lynn all too well, having been to the Final Four with them in 2012.

But Koch’s relationship with Hellmann goes much deeper that, after he tried to recruit the German to the Clan in 2013.

“He was actually one of the first coaches I had contact with when I was in Germany and going through the whole process of signing up for colleges in either America or Canada,” Hellmann revealed. “At that time he was the head coach of SFU, so he was one of the coaches that tried to recruit me. Since I wasn’t academically good enough, I would say, to get into SFU, he still kept contacting me the whole time.

“We had a good talk and then he got promoted and got that job in Vancouver, so he was obviously a big part as well. He only told me good things about Vancouver, about the organisation, about head coach Robinson, so he obviously played a major role as well.”

There’s a lot of talent at the D2 level of the college game and we’ve spent many years now enjoying and covering games up at SFU. But with a lot of North American players heading over the Atlantic to play in the lower European leagues, especially the regional Bundesliga, what brought a talented German player the other way?

“I get that question a lot,” Hellmann told us. “A lot of college kids answer that they just wanted to combine a high level of soccer and school, which is obviously one of the things you can do perfectly in America or Canada. But for me, the biggest point was just to get more mature.

“I was 18 turning 19 at that time and I had a professional offer in Germany and I thought I was just not ready for it. I was looking for something new, a new challenge, and I think that three years in America really helped me in maturing in a lot of aspects in my life, not just soccerwise. So I think I’m way more ready to go the next step now, so that’s helped me a lot.”

Hellmann is still a raw talent and there is no doubting that spending time in the professional ranks at the Whitecaps can only help his game. Being prolific at college level and being prolific in the senior game though are two very different beasts, as we’ve seen so many times before. But he’s already shown he can perform outwith the college game.

The striker has played USL PDL football these past two summers, with Des Moines Menace and excelled. 2014 saw Hellmann named to the PDL All-League team as he banged in 9 goals and add 7 assists in his 12 appearances. Last year was 6 goals and 4 assists from 9 games.

Hellmann knows making the next jump will be a tough road ahead, but he’s ready for it.

“It’s going to be a big step but I think the style of my game suits for the next level,” Hellmann said. “Or at least I hope it makes it a bit easier. PDL is the highest it gets at college to get prepared for the next level. I’ve played with some D1 players and against them. So I can produce at that level as well, so I think that was a big plus.

“We also played against some USL, NASL teams, we played against Minnesota twice, so you can get an impression of how the next level would work, how fast it is. And we’ve done pretty well against those teams as well. I just hope I can make the transition. Obviously it’s going to take time but I can’t wait to get it started.”

He also can’t wait to see more of Canada.

Hellmann is a lifelong Cologne fan, his local team, having been to his first match with his dad as a four-year-old, but he also describes himself as “a huge hockey fan” and follows the Canucks. His brother is a hockey player and Hellmann also likes to play the game in the winter when he has time. He also loves travelling and in his Lynn bio he says he “would most like to visit Canada”. Not just for the odd trip for a game but to really explore it.

Now he’s getting all his ideal plans coming together at once, although Hellmann tells us he has been to Canada before.

“I haven’t been in Vancouver,” Hellmann said. “The only two times I’ve been to Canada was with my summer league team in Des Moines. We played at Thunder Bay and at Winnipeg, with Thunder Bay being probably one of the worst cities that I’ve ever seen!

“Winnipeg was alright but now everyone’s been telling me how amazing Vancouver is. My family called me right away, my agent, my friends, and everyone who’s been there is full of positives. I can’t wait to see it and actually experience it.” 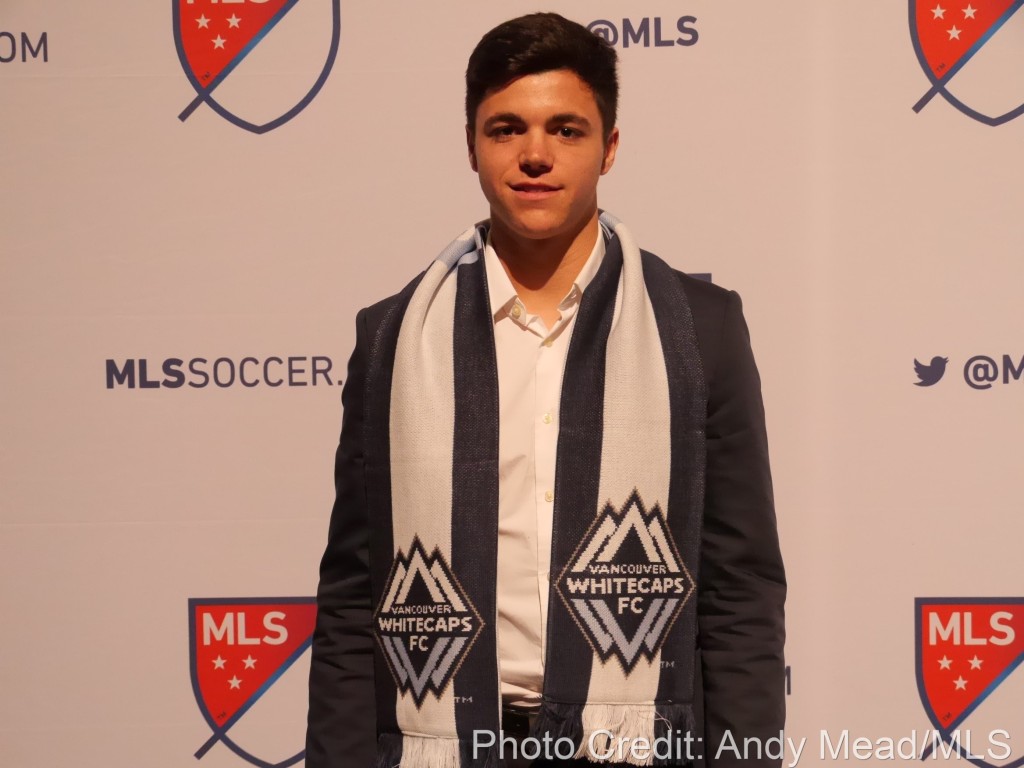