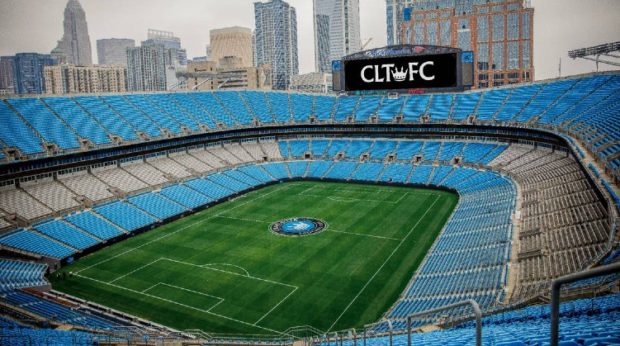 The Whitecaps 2022 campaign to this point has been a bit of an unlucky one. They’ve also not been good generally, but being bad and unlucky? That’s a rough combo. The good news is that Ryan Gauld has returned to health and safety protocols so the lineup should be a little closer to full strength…

Oh, Lucas Cavallini is suspended? And Jake Nerwinski, Pedro Vite, Cody Cropper, and Isaac Boehmer are all now in health and safety protocols? Well that sounds like something we should have all expected to be quite honest.

Now, the Cavallini suspension isn’t the worst timing given that he was probably due for a rest either this match or next anyway, and Vite hasn’t played much recently. But the fact that all three of the ‘Caps’ signed MLS goalkeepers are now out as they embark on a stretch of three road matches in a week (including the Canadian Championship quarter-finals) is a daunting one.

To help fill the void the ‘Caps have quickly brokered a deal to bring in York United keeper Niko Giantsopoulos on a weekend-long loan and have also signed up academy keeper Max Anchor to fly out to Charlotte with the team.

Regardless of which of those two lines up between the sticks on Sunday, it will be their ‘Caps debut and they will be playing with unfamiliar teammates. Given how shaky the backline has looked at times in the last couple matches that’s not a great sign, as the ‘Caps won’t be able to rely on a top-tier shot-stopper behind them who can bail them out of sticky situations.

Partway through the match against San Jose last weekend the ‘Caps returned fully to their three at the back formation and stuck with it against Dallas. That’s a sign that they will likely do so again on Sunday, which will be interesting as while that system has helped offensively it’s struggled mightily at times defensively. One interesting note from Wednesday is that Florian Jungwirth was on the bench with Javain Brown preferred to him at the back, although that could have been for rest as much as for poor form.

Érik Godoy could be back in the lineup after he was given a rest day on Wednesday (unless Sartini wants to have him out there against Cavalry FC on Wednesday). If Godoy does play, he’ll be joined by Ranko Veselinović and then either Jungwirth or Brown. Ryan Raposo has found the best form of his career so far out on the flank the last few weeks with the only question being just how many minutes he can handle, but he’ll likely continue to start.

Up front, it was nice to see Brian White finally get his second goal of the season against Dallas as he’s struggled so far in 2022 to find his form from last season. With Cavallini out he’ll be relied upon more on Sunday and the fact that Gauld should be back in the lineup should help as the lack of his creative spark is evident when he’s not out there.

Looking at the hosts, Charlotte have had a decent start to the year by MLS expansion side standards, as they sit 9th in the East with a record of 4-7-1. They’ve been solid defensively conceding just 15 goals in their 12 matches, but they’ve scored a league-low 10 (yes, the ‘Caps aren’t the lowest-scoring team in the league anymore!).

Charlotte is coming off a 2-0 home loss to Montreal, their first loss at home since their home opener back in March. The key to beating Charlotte is fairly simple: score a goal! Three of their four wins have been shutouts, and their lone draw was 0-0 – they are a dismal 1-7 when they concede at all.

Of course, the ‘Caps have been quite dismal themselves on the road with a record of 0-5. It’s their road form that dragged them down to their horrendous start to the campaign, with a much better run at home inching them closer to escaping the basement of the Western Conference. You can’t only do it at home though, and these next three matches will provide a test to see how much they have truly improved from the beginning of the year.