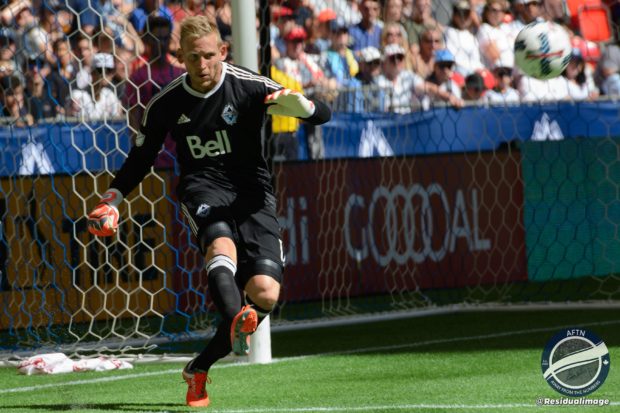 After a nail-biting 3-2 victory over Chicago Fire, the Whitecaps fly east to take on D.C .United in what will be the first-ever match at D.C.’s new Audi Field. This clash kicks off a busy two-week stretch for the ‘Caps, as their Canadian Championship semi-finals matchup with the Impact means that they’ll visit D.C., Montreal, Seattle, and then return home to play the return leg against Montreal followed by Minnesota, all in just 15 days.

The Whitecaps are 2-4-2 all-time against D.C., and have not beaten them since 2013. They’ve been outscored 12-4 in the all-time series, headlined by two 4-0 defeats in 2011 and 2016, both in Washington. Hopefully the tides will turn in this historically lopsided once-a-year rivalry, as the ‘Caps can ill-afford to continue to stumble with Dynamo and the Galaxy breathing down their necks.

The area the Whitecaps must improve in the most is their defence, which has been one of the worst in MLS this season. Thankfully, Stefan Marinović is back in training after a long spell on the shelf, while Kendall Waston should also be back soon, though likely not for Saturday. The Towering Tico has an “outside chance” of playing against D.C., per Farhan Devji, which means we might continue to see the partnership of Doneil Henry and José Aja at the back. Henry has started in five straight games since returning from loan at Ottawa, while Aja has started 15 matches this year. It will be interesting to see which of the two of them keep their spot when Waston returns, and hopefully that looming decision will spark both of them to play well this weekend.

In the midfield, Efraín Juárez looks like he is becoming more comfortable in his role. The former Mexican international’s card-heavy and often ineffective play from earlier in the season has gradually become more calm and collected, and this was highlighted last weekend with a handful of strong tackles, a 100% passing accuracy, and a sweet assist on Jordon Mutch’s goal. At the moment, he seems to have control of the second midfielder spot next to Felipe, though now that I’ve said that either Aly Ghazal or Russell Teibert will no doubt start ahead of him against D.C.!

Up front, Yordy Reyna put on a strong performance against Chicago, and is someone the Whitecaps desperately need to keep producing in order for their attack to shine. Thankfully, the creative burden hasn’t rested completely on the Peruvian’s shoulders, as Alphonso Davies has continued his ascension and is good for at least two or three electric moments per game. He finished last weekend’s match with just one assist (his eighth of the season, good for fifth place in the league), but he was involved in all three ‘Caps goals and would have grabbed one himself if not for a great save from Chicago keeper Richard Sanchez.

Joining Reyna and Davies in the attack is Kei Kamara, who has been frustrating at times with his finishing, but has still racked up a team-leading eight goals and has bagged a brace in two of his last four matches. The second winger spot is more of a toss-up, as Cristian Techera serving one more game for his suspension means any one of Mutch, Brek Shea, or Bernie Ibini in line to start out wide, especially since Carl Robinson will have an eye on the upcoming Canadian Championship matches.

For D.C. United, the opening of Audi Field will finally give them an opportunity to really get their season going. They are the current holders of the league’s worst record, but they are probably better than that would normally indicate: they’ve played only 14 games so far, at least three less than any other team (and five less than the Whitecaps), and due to the construction of their new stadium 12 of those 14 were on the road.

They are likely not a playoff-calibre team as currently constructed, but with a home-heavy and travel-light schedule the rest of the way (they only leave the Eastern time-zone once more this year), they’ll have a shot to try and climb out of league’s basement, and maybe build some momentum and a strong home fortress for next season.

There will be a bit of extra buzz, and probably more neutrals tuning into this match than usual, as Saturday will likely mark the D.C. United debut of Wayne Rooney, an Englishman whose goal-scoring and hair transplants dazzled Premier League fans for over a decade. D.C. will hope he’ll sell some extra tickets to their new stadium, and will also hope he still has the legs to produce at a DP-level.

There will also be a couple familiar faces in Washington, at least for Whitecaps fans, as both David Ousted and Darren Mattocks now ply their trade in D.C.. Ousted, the ‘Caps most decorated goalie in their MLS era, has started eleven matches for his new team, while Mattocks, the oft-maligned striker who scored 20 goals in 97 appearances for the ‘Caps, has already set his career-high for goals in a season with eight so far this year, including six in his last eight matches.

The MLS regular season is now over halfway done, and the Whitecaps are holding onto a playoff spot by the skin of their teeth. It looks like the Western Conference will be an eight-team race as we hit the stretch run, and if the ‘Caps are to play into November it is games like these – against the teams already looking ahead to the winter – that they cannot afford to drop.