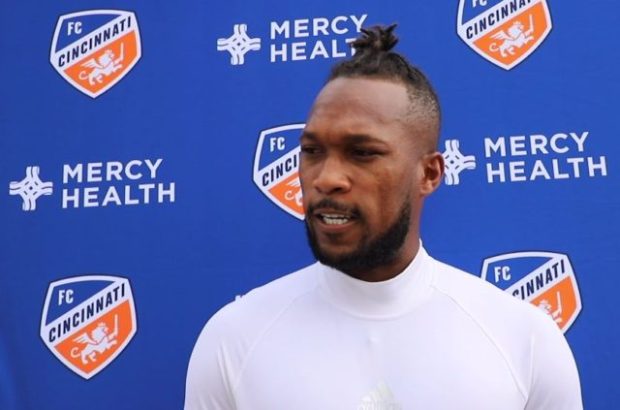 At last, the Whitecaps’ long, arduous losing streak is over. After five straight losses in MLS play – including a few hellacious thumpings – the ‘Caps clawed out a point at Allianz Field in Minnesota, holding the Loons to a 0-0 draw. The next goal is to win a match, as the ‘Caps winless run has now stretched to ten games in all competitions.

The good news is that their opponent this Saturday, FC Cincinnati, ranks dead last in all four of those categories, meaning the ‘Caps will actually line up against a team that has been definitively worse than them this season. This is truly the “toilet bowl” of the 2019 MLS season, as only the basic point/goal metric where these aren’t the bottom two teams in the league is goals against, where the ‘Caps currently stand just ahead of Colorado.

To put in perspective how miserable this season has been for both fanbases, if you combined Vancouver and Cincinnati’s records into one team, they would have nine wins. Seventeen MLS teams have at least nine wins. This combined VAN-CIN team would have 38 points, which would be tied with Seattle and fewer than both Philadelphia (39) and LAFC (49!), despite having played twice as many matches as all three of those teams. LAFC would also have more goals (59) than VAN-CIN (55).

Moving from the sad to the confusing, on Thursday the ‘Caps announced that the club and Lucas Venuto have agreed to a “mutual contract termination”. I understand why the ‘Caps wouldn’t want to keep Venuto for too much longer (he just hasn’t really worked out), but dropping him right this second is a bit out of left field considering that they don’t seem to have a replacement lined up at the moment.

Of course, maybe they’ll announce a new signing in the next 48 hours and that last sentence might seem a bit foolish in retrospect, but even so it’s impossible to get around how bad this whole situation is in terms of pure asset management. The ‘Caps paid a transfer fee for Venuto ($100,000), invested a decent chunk of their salary budget into him (he was the club’s sixth highest-paid player), and used some of MLS’ valuable funny money as well ($150,000 GAM to NYCFC), only to lose him for nothing just seven months later. He didn’t even last a whole season! 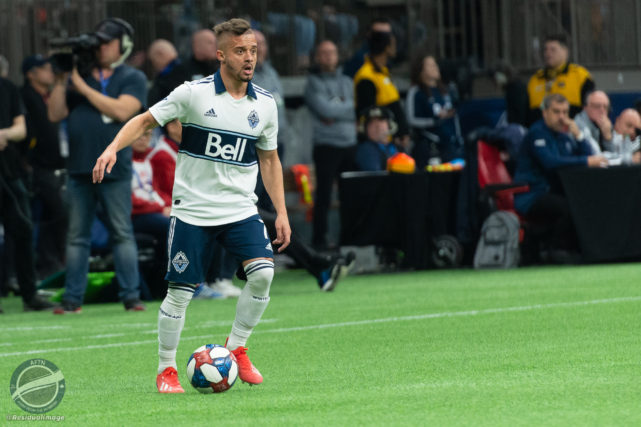 There is an argument to be made that the ‘Caps knew they weren’t going to be able to rectify this financial blunder and so decided to just cut their losses as soon as possible, but was there seriously no way to get any sort of transfer fee back for him? It’s not like he’s completely useless – he’s tied for third on the team in goals! (that’s really not saying much, but still). Reports suggest he has already found a new home back in Brazil with Santos, meaning the ‘Caps have let them get him for nothing in terms of financial compensation.

Now, moving from the confusing to the ugly, there is still a soccer match that has to be played. Marc Dos Santos seems set on his move back to the 4-3-3 (tinkered to be a 4-3-2-1), which means a likely front three of Fredy Montero, Yordy Reyna, and Theo Bair, as Lass Bangoura has been exceedingly ineffective and Joaquín Ardaiz has been banished to the shadow realm. Bangoura is back from his injury and could push Bair for the start, with the young homegrown having played for the MLS homegrowns All-Star team in Orlando on Tuesday.

In the midfield, the most surprising change over the last couple matches has been the exclusion of Jon Erice. The Spaniard has been a stalwart in the starting line-up – and team captain – for much of the season, but he was left out of the 18 against Cavalry and didn’t see the pitch in Minneosta either, with Felipe taking his spot on both occasions.

Inbeom Hwang is the only midfielder to have started all of the last three, while Russell Teibert has started the last two MLS matches. We’ll see if these Erice benchings are a sign of things to come à la Venuto, or if they are meant to hopefully light a fire under him. Or maybe it’s now Felipe’s spot to lose…it’s hard to really tell anything right now.

At the back, there has been radio silence regarding the status of Doneil Henry, that hopefully meant the knock that caused him to be substituted early last weekend is not too serious, but unofficial word from training was not so optimistic. If he is unable to go Saturday, then we should see the backline that saw much of the action against the Loons: Érik Godoy, Derek Cornelius, Ali Adnan and Jake Nerwinski with Max Crépeau (and his shiny new contract) in goal behind them.

Looking at the hosts, Cincinnati fans have seen the expansion blues that dog so many MLS teams in their flagship campaigns. A 2-1 road loss to Toronto FC last weekend has their current losing streak at three matches, and they have not been good at home either, losing three of their last four home matches by multiple goals.

FCC’s attack has been even more fruitless than the ‘Caps: DP striker Fanendo Adi has been a massive disappointment with just one goal in nearly 700 minutes of play, while the club’s other DP, Kenny Saief, had his loan terminated in June due to injury complications. Only four players have more than one goal, which, coincidentally, is the same number as the ‘Caps (though Venuto is one of them…yikes). Emmanuel Ledesma, Allan Cruz, and Kekuta Manneh are all tied for the team-lead with three, while Darren Mattocks rounds out the top four with two goals and Kendall Waston rounds out the club’s contingent of former ‘Caps.

This match has the potential to be quite the car crash (metaphorically speaking…hopefully). The ‘Caps aren’t going to get a better chance to actually win a game for the rest of the season, so if they don’t make it count now then we could be in for a long two and a bit months. How’s that for inspiring?