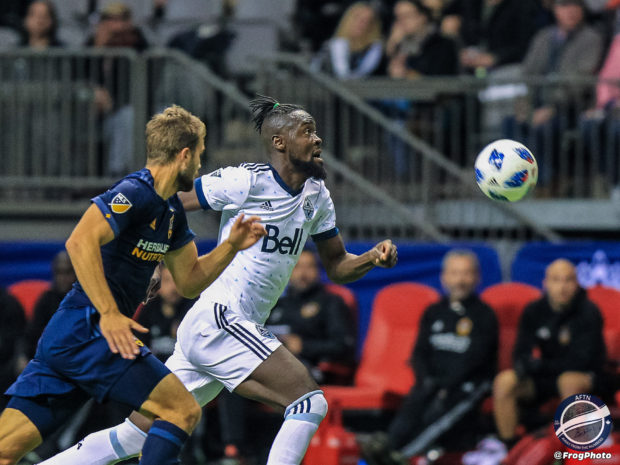 The Carl Robinson era is over. Two days after a brutal 2-1 home loss – their second in as many weeks – the Whitecaps officially showed Robinson the door, along with assistants Martyn Pert and Gordon Forrest, and goalkeeping coach Stewart Kerr. It’s a complete clean sweep of the touchline staff, and it will be Craig Dalrymple (Whitecaps FC Academy Technical Director) who takes over as interim head coach.

Technically, the Whitecaps are still in the playoff hunt, though the losses to Seattle and Dallas make it an unlikely proposition. The ‘Caps will need everything to break right for them these last few weeks in order to make it back to the postseason, and next up is a road date with Zlatan and the Galaxy, the team that just passed the ‘Caps in the standings.

It’s difficult to predict how the ‘Caps will line up on Saturday, and doubly so to predict how they’ll play. Will the removal of Robinson and his staff give some sort of jolt to the players, or will this just accentuate the depressing trajectory they’re currently on? Likewise, this is the first time Dalrymple has had a role with the first team in the club’s MLS era, and no one on the team, save the homegrown players, will be too familiar with him. Will Dalrymple play it safe and stick with the same group Robinson likely would have picked, or will he try and switch things up a bit?

Assuming he keeps things roughly the same lineup-wise, it will be interesting to see how much change – if any – there is on Saturday. The lineup used against Dallas is pretty close to whatever a consensus best-XI would be amongst the fanbase, so it’s difficult to imagine wholesale changes. Marcel de Jong is a strong possibility to get the start, with the same going for Aaron Maund, if he can recover from injury in time. The latter is looking more unlikely, so we could see the defence freshened up with the return of Jose Aja.

In the midfield, however, uninspiring choices loom large. Jordon Mutch did not show anything special in his two most recent substitute appearances, while Felipe was stapled to the bench for the last few games of Robinson’s tenure. Does anyone want to see Efraín Juárez again? The pairing of Russell Teibert and Aly Ghazal hasn’t been awe-inspiring, but it might still be the ‘Caps best option.

Up front, it’s also difficult to justify too much squad rotation. No one would be happy to see Alphonso Davies dropped, and you’d be hard-pressed to argue that Brek Shea, Nicolas Mezquida, Erik Hurtado, or Anthony Blondell are deserving of a start over Cristian Techera or Yordy Reyna. Kei Kamara scored the team’s lone goal in both of the last two games, so he will surely start up top.

Looking at the hosts, the Galaxy aren’t in a much better place than the ‘Caps. They also have an interim coach on the sidelines, and though they’re coming off a streak-snapping 3-0 win over Seattle, they are only 1-4-3 in their last eight, including a 5-0 shellacking from the Sounders, a 6-2 defeat at the hands of Real Salt Lake, and a 5-3 loss to the similarly struggling Toronto FC. They’re one of only five teams in the league who have conceded more goals than the ‘Caps, and are in a similar dogfight to make the playoffs, having only four games left to achieve it.

That said, they are still a dangerous outfit due to their offense, which is tied for the second-most goals scored in MLS. Zlatan Ibrahimović leads the team in both goals (18) and assists (9), while Ola Kamara has scored 11 himself. Romain Alessandrini (9) is only one away from making the Galaxy the only team in MLS with three double-digit goal scorers, so the Whitecaps defence will have its hands full this weekend, once again.

The search for a new head coach is officially on, but there are still five more games to be played in 2018, and depending on how those go we could get at least one more. The playoffs might be almost completely out of sight, but as long as a sliver of hope remains we have to cheer our team on as much as we can. There’s no point in being a fan if you’re going to do otherwise.