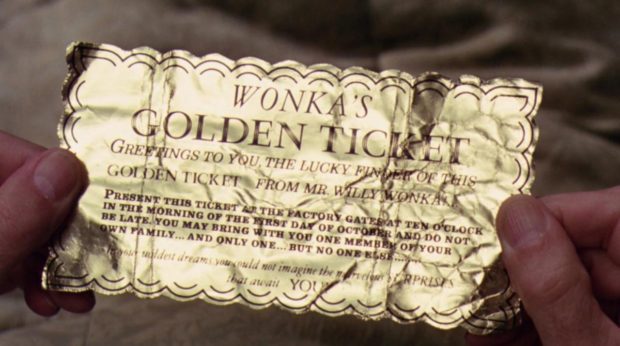 When Marc Dos Santos was fired back in August, it raised some eyebrows. That wasn’t due to him being seen as untouchable, but because of the timing. Yes, the Whitecaps had just suffered an embarrassing loss to Pacific FC, losing to a CPL side in the Canadian Championship for the second year in a row, but in MLS play the ‘Caps had started to pick things up a little.

They’d won two games in a row before the trip to Langford and were eight matches unbeaten. Yes, there were a lot of draws, but there were some signs of life. However, if MDS had stayed, would anyone have predicted that the ‘Caps would climb as high as they have in rapid succession, to where they not only have a legitimate chance to make the playoffs, but have their fate entirely in their own hands?

It’s been a remarkable couple of months here in Vancouver, as interim (though perhaps not with that tag for too much longer) coach Vanni Sartini has led the ‘Caps to a 7-2-3 record in his tenure, shooting up the Western Conference standings. After a Minnesota win over SKC on Sunday, the ‘Caps are now in 6th place with two matches to go, and if they win on Tuesday they clinch a playoff spot.

Of course, it won’t be an easy match. They’re on the road against LAFC, a stadium in which they’ve not won before and been absolutely trounced twice. LAFC are also fighting in their own push for the playoffs and must go all out on Tuesday. The ‘Caps have been dominant at home since returning to BC Place, but are just 1-2-3 on the road since Sartini took over.

But just the fact that you can say something like “the Whitecaps will be in the playoffs if they can win this match” is pretty wild considering how this season started. And how they’ve played in some of these recent matches is just as wild! They’re pressing and creating more turnovers, they’re doing just enough defensively, they’re creating chances and scoring goals from open play! Just look at their second goal against Minnesota, slick interplay between Javain Brown, Ryan Gauld, and Brian White. That type of stuff has been more uncommon in recent years with this club, and it’s great to see play out now.

One thing that Sartini has been, is consistent with his lineups, both with the system and the individual starters. There have been some interesting combos used due to both injuries and a schedule crunch to end the season, but in terms of a “best XI” for this LAFC match it’ll likely be pretty similar to the lineup that went out against Minnesota, if not the exact same.

One question mark is the health of Érik Godoy, who was able to come on as a late sub to try and hold down the fort against the Loons. Jake Nerwinski has been surprisingly competent as part of the back three, but the trio of Godoy, Florian Jungwirth, and Ranko Veselinović stands as the presumptive trio when they’re all fit – something that’s not generally been the case.

Perhaps the biggest surprise the last couple matches is how little Cristián Gutiérrez has played. He was a star for the ‘Caps in the early going this year, but since he’s returned from injury Sartini has elected to keep him on the bench for the most part. He started against Portland as part of the back three, but aside from that he hasn’t gone back to his previous role on the left flank, with either Brown on his opposite side or Cristian Dájome preferred in that position.

On paper, Gutiérrez would make a lot of sense in the left wingback role. But with Brown having won over both coaches this year, and Bruno Gaspar finding a perhaps surprising run of form on the right flank, Gutiérrez is stuck waiting for another opportunity. And given that he’s only played a little over 100 minutes since July, Sartini might be hesitant to throw him into the lineup in these so crucial last two matches.

Up front, recent matches have seen another on-paper surprise (Lucas Cavallini being benched) although this one is perfectly understandable and in fact called for by many in the fanbase. Brian White is in the form of his life, with a wonderful connection with Gauld, while Cavallini has…not been in good form, to say the least.

Now, he has had to deal with some injuries that have slowed him, but when he’s been out on the pitch the ‘Caps’ attack has looked noticeably less dynamic than with White up top. He doesn’t have the same chemistry with the talismanic Gauld, he’s been more unwieldy on the ball, and he hasn’t found himself in the same great scoring positions. It seems a foregone conclusion at this point that El Tanque is going to be at least exploring other avenues, and the club likely will as well, a disappointing proposition given his standing as the ‘Caps’ record signing.

Looking at the hosts, LAFC are currently in 9th, two points back of the final playoff spot entering this final week. It looked like the black and gold might not be able to get themselves into this position at all, but they are on a five-match unbeaten run with three wins in that span, including a massive 3-0 victory over Seattle last time out.

Given that their final match is on the road against Colorado, they will surely be looking at Tuesday night as the more winnable of their two remaining. And as alluded to earlier, Banc of California Stadium has been a house of horrors at time for the ‘Caps. Two of their four trips there have ended in 2-2 draws, which is fine, but there is also a 6-0 loss and a 6-1 loss. Something similar to that happening again would be…quite disappointing to say the least.

The Whitecaps enter the final week of the MLS regular season with the chance to make the playoffs for the first time since 2017. They’ve been playing the best soccer that they’ve played since then, and a season that looked to be dead in the water has shown plenty of life in recent weeks. Is it enough to get them over the hump? We’ll see quite soon.