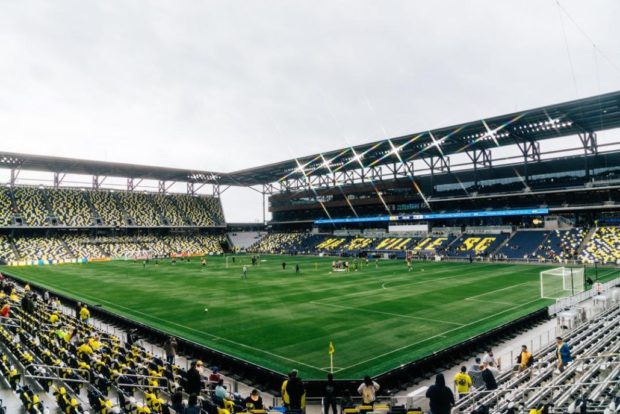 Well, mission accomplished! The Whitecaps have won some silverware for the first time in seven years! The Canadian Championship victory on Tuesday was a momentous occasion, with a rocking stadium and the most memorable match experience for me personally since Alphonso Davies suited up in the white and blue for the final time back in 2018.

However, despite all the pomp and glory there’s no time to rest on those laurels as the ‘Caps are right back into what’s nearing the home stretch of the MLS regular season, needing a big run reminiscent to last year if they are to make it back into the playoffs. Having to go on the road against a solid team in Nashville won’t make it easy.

The starting line-up that Vanni Sartini threw out against Toronto feels pretty close to what he sees as the ‘Caps’ best possible line-up, with the exception of Julian Gressel finding his way into the XI in place of either Ryan Raposo or Cristian Dájome. There are still questions to be had, and a rumoured reinforcement in the midfield potentially on the way quite soon, but as shown on Tuesday this outfit the ‘Caps have has it in them to play some real soccer.

One of those questions that needs answering is whether the ‘Caps have the goalkeeping needed to make a real playoff push. Four different goalies have seen action this season, and the hope would be that the veteran Cody Cropper can hold down the fort for now before either Thomas Hasal or Isaac Boehmer take the reins as an above average MLS keeper.

The issue is that Cropper, while being alright this year, has just been that: alright. Now, I don’t think much was expected of him when he signed due to the assumption that Hasal would be the number one, but Hasal was clearly not ready to be relied on in that way just yet and has had his unfortunate year compounded by injury.

Boehmer was – again – alright when called upon, and the difference between him and Cropper might not be too much in terms of current ability (although obviously difficult to tell with Boehmer’s lack of minutes with the first team). Cropper was preferred on Tuesday and will likely see the minutes the rest of the year, but remains to be seen if it’ll be enough.

The other big question is who should be the third centreback alongside Ranko Veselinović and Tristan Blackmon. Those two have proven themselves to be by and large dependable this season. However, there’s not a clear answer as to who fits best next to them.

Jake Nerwinski and Javain Brown have both had their moments, but also some real blunders. Florian Jungwirth has slowed down and simply might not be able to cover the ground needed to be one of the outside backs. Érik Godoy has hardly played this year and is hurt once again. Left-sided centreback is the most glaring hole in the squad’s construction and needs to be reinforced, over the winter at the very least.

In the midfield, Andrés Cubas has been as good as advertised, a massive bright spot this season and he has quickly staked a legitimate claim to being the club’s most important player. His partner alongside him in Nashville won’t be the same as Tuesday as Russell Teibert is out hurt, with either Michael Baldisimo or Leo Owusu primed to fill in.

Lucas Cavallini is also not travelling to Nashville, leaving a hole up front that can be filled by either Dájome or Pedro Vite. Adding Gressel to the line-up on the outside allows Dájome to be bumped further forward easily, although Sartini might want to put the fresh legs of Vite out there given that the ‘Caps are likely to be chasing the ball more often than not once again.

Looking at the hosts, Nashville are on a bit of a skid with just a 1-2-2 record in July. They lost their last home match 2-1 against LAFC and are coming off a 1-1 draw on the road in Cincinnati last weekend. Their home record on the year is actually not that impressive, winning just three of their nine matches at GEODIS Park and drawing five of them.

Hany Mukhtar is having another strong season up front with 12 goals and three assists, putting him just a single tally back of first in the golden boot race. There are not many other goal threats on the team, however, as CJ Sapong (five goals) is the only other player with more than two in MLS play.

With just 12 matches left in the regular season, the Whitecaps sit four points back of the final postseason spot (currently held by the Galaxy). It’s definitely a doable task, but the issue is that the Western Conference as a whole is so bunched up that they can ill-afford any prolonged run of bad form. So, we’ll see if the momentum from Tuesday can be carried forward in a real way.