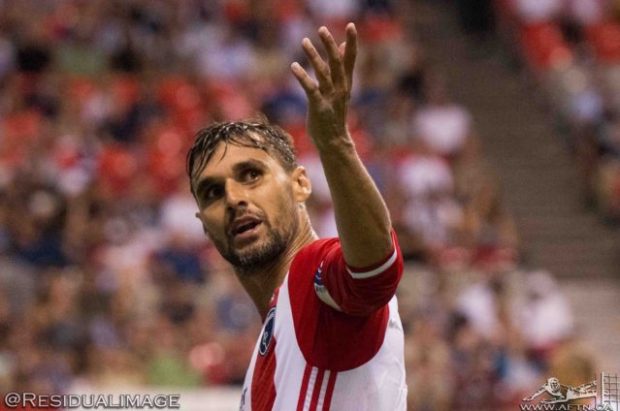 Vancouver Whitecaps are coming into this game with nothing meaningful on the line. Don’t even mention pride. That’s long gone after the season the team’s had. Certain players are playing for the right to come back here next year though, so there is at least that.

Having failed to make the MLS Cup playoffs this year, the Whitecaps appear to be pivoting and looking toward the future. Although the league campaign has been filled with disappointment, the Whitecaps have made the CCL quarter-finals for next year.

The comments that have been coming out recently have made it seem that the team wants to take that competition seriously. A good way to do that would be to let the younger players who will still be with the team get some playing time in these last two matches.

Down the west coast, the San Jose Earthquakes are also not in the hunt for a playoff spot any more either, after the midweek results. They will have had a short turn around time for this game which the Whitecaps may want to take advantage of.

San Jose have not had a good season either, although they did not have the same high expectations placed on them like the Whitecaps had at the start of the year. They were seen more as a project that is being built. It’s hard to see that they’ve got much past the foundations stage, but they will be motivated to beat the ‘Caps simply for pride (there’s that word again!).

Seeing as how we really are playing now to prepare for the CCL games, I say start the younger players (who are not part of the WFC2 run).

The team should also keep working on the 4-4-2. So far it has not been a bad formation, but it has some vulnerabilities. Although some of the Whitecaps will be away for the USL game, we should still look to play the remaining young guns and see what they can do, especially consider how some of the ‘veteran leadership’ has failed this year.

If there is one person who is not been a failure this year, it is David Ousted. He has bailed the team out so many times this year, but with the chances the Whitecaps defence kept on letting through eventually some are going to get past the Dane. He gets the start, and he should get the captain’s armband with Pedro Morales suspended.

At the back Waston will likely step in (although I would prefer to have seen Seiler if he hadn’t been away with the USL team) and Parker should pair with him at centre back. The Jordans, Smith and Harvey, can be the outside backs. Smith has been improving every game this season. Although not perfect in positioning, he and Aird were having a good competition throughout the year, with the Costa Rican seemingly having won the starting spot in the end.

Starting up top we can have Erik Hurtado, who has been getting into great positions and has been finding a bit of a scoring touch lately. His partner in crime will likely be Giles Barnes. Barnes has not been a great acquisition, but he was brought in the middle of the season. I would like to see a full season from him, but he needs to start showing something more in the remaining two matches.

In the middle of the field, Matias Laba should be starting. Who should sit beside him is an interesting question. It could be Andrew Jacobson, but personally I would like to see what Nicolas Mezquida could do in that position. Mezquida has been a timely player this year and it would be nice to see what he can do in a starter’s position, even playing the deeper role that Morales had.

On the wings we should have Alphonso Davies, who in the last couple of weeks has looked like the best Whitecap on the field. He wasn’t with the USL squad, so if he’s shaken off his knock from training last week, let’s see him get a couple more starts to end the year.

On the other side we should put Cristian Techera. He has had success this year, but mostly in the CCL. It would be nice to see him pick up that touch in the league again. It could be that he is just too “light” for this league. He is crafty but he needs to pick up some more tricks, however he does have a nose for goal, which had been sorely missing this whole year.

The biggest thing the Whitecaps will need to do is to start getting organized defensively. San Jose are still dangerous when you consider they have Wondo, and some younger scores in Alashe and Thompson. Any more individual mistakes will be punished and we could yet see Vancouver finishing bottom of the heap in the West. But hey, high draft pick!

Will the younger players get chances?

Can the Whitecaps find some spark that they could bring into the CCL knockout stage?

Wondo – the MLS legend can ghost in and out of the 18 yard box to score at will. Oh and he can play a pass as well. Lots of tricks up his sleeve, and with this Whitecaps defence, we may see a few of them.

Nick: 1-1 draw. Davies to get his first MLS goal