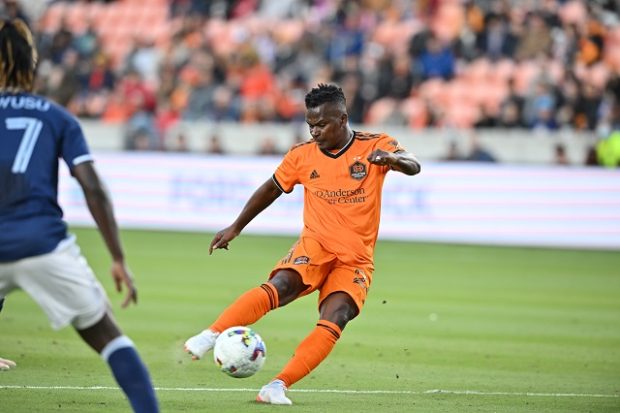 After an absolutely horrendous start to the season on the road, the Whitecaps have managed to avoid losing any of their last four matches away from home, winning one and drawing three of them. That’s a solid improvement, but they haven’t gained ground in the standings in that time because they’ve lost their last two MLS home matches by a combined score of 6-2.

That won’t cut it for a team currently sitting 11th in a crowded Western Conference, and this Friday’s clash with Houston (a team right below them in the standings) is an absolute must-win. At home, against a beatable team, it’s three points that the ‘Caps have to have.

Unfortunately, the ‘Caps will not have ideal circumstances to try and start a winning streak, as the club has just been hit with a COVID outbreak that has knocked half a dozen players into health and safety protocols: Andrés Cubas, Cristian Dájome, Marcus Godinho, Floridan Jungwirth, Caio Alexandre, and Luis Martins. In addition, Brian White is out with a minor injury and Lucas Cavallini is not fully 100% healthy from his own knock.

In short, the depth will be tested mightily against the Dynamo, a situation that did not fare well against Chicago the other week. The backline at least has remained whole outside of Jungwirth (as well as Érik Godoy being waived), while Cubas is the only regular out in the middle of the park (with Sebastian Berhalter perhaps close to a return).

Where the ‘Caps have been hit very hard is on the wings as well as up top. With these absences the team is down to just two first-team wingback options in Julian Gressel and Ryan Raposo. Ali Ahmed from WFC 2 has been signed to a temporary contract to fill in the bench, and Javain Brown can also be pushed up the pitch to that position, but neither of those are ideal options.

Up front, Tosaint Ricketts is the only fully healthy out and out striker, with Simon Becher also called up from the second team as a backup option. If Cavallini is unable to start, the ‘Caps will line up either with Ryan Gauld and Pedro Vite underneath Ricketts, or they’ll switch up the formation slightly and bring in a third centre-mid in place of Vite – perhaps a trio of Russell Teibert, Leo Owusu and Michael Baldisimo.

Looking at the visitors, the Dynamo are looking to bounce back after a devastating 6-0 loss in Philadelphia last weekend. They have lost six straight road matches dating back to the end of May, and they have never won at BC Place. Those stats all look good! Of course, Houston did win the first matchup with the ‘Caps this season, a 2-1 victory in Texas back in March where Darwin Quintero scored both goals.

Quintero is tied for the team-lead in goals with Sebastian Ferreira, while former ‘Cap Tim Parker has remained a near-constant presence at the back. The Dynamo have yet to draw any of their road matches this year, with three wins and nine losses. They sit two points behind the ‘Caps in 12th, and so similarly are in do-or-die mode with regards to faint postseason hopes.

With all of the forced absences for this weekend this will not be an easy match for the Whitecaps, and wouldn’t be regardless of who they might be playing. They can’t change that now, however, and so just have to get out there with the players available and get it done.