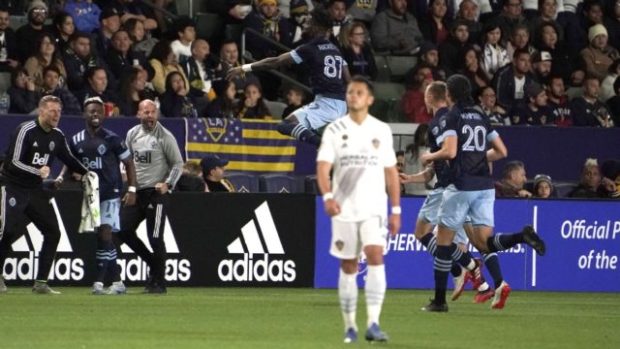 The last time I wrote a Whitecaps preview was back in the middle of May. That was ahead of the Sporting Kansas City match, which the ‘Caps entered with a 2-2-1 record after a shutout loss to Minnesota. Since then, they have lost three more in a row including returning from the long international break with a heartbreaking 3-1 loss at the hands of Real Salt Lake.

The ‘Caps have never lost five matches in a row under Marc Dos Santos, a bar that honestly is the lowest of low. The fact that this is in real danger of happening in his third year at the helm is a damning indictment of how this mini era of Vancouver soccer has gone and with no real changes in personnel seemingly on the horizon (outside of the trade for Brian White and AFTN’s Ryan Gauld rumour coming through), it’s hard to see how far up the standings the club can actually go.

So here is what is staring the ‘Caps in the face: the potential to tie the club’s record for longest MLS losing streak (set back in 2012), and maybe end up alone at the bottom of the Western Conference (they are currently tied with Dallas for last).

The only thing the ‘Caps are missing as much as wins are healthy fullbacks, as while both Jake Nerwinski and Bruno Gaspar are now back in training, they are possibly unlikely to play on Wednesday. And on the left flank, Cristián Gutiérrez is also in doubt after suffering a blow to his ribs against RSL.

The loss of Gutiérrez would be worse than the other two, for a couple reasons. First, the ‘Caps at least have a third RB option in Javain Brown, who played a key role in the ‘Caps lone goal on the weekend and has shown some flashes of solid play in his minutes to this point. Second, with Ali Adnan still not on the continent there is no natural replacement for Gutiérrez, whose play has been one of the ‘Caps’ bright spots this season.

Russell Teibert filled in as emergency replacement at LB when Gutiérrez had to be taken off, and either he or Derek Cornelius seem the most logical options to start in that position against the Galaxy, neither of which inspires a ton of confidence.

A solution to this could be switching to the 5 at the back formation that the ‘Caps used near the end of last match, to push Teibert up as a wingback into a role closer to the left-mid he’s played for much of this season. Of course, that would be yet another switch in formation and system, though it’s not like the ‘Caps have had a real solid one at any point in the last few years it seems.

Returning from the break against RSL saw the use of a 4-3-3 formation that some had been clamouring for, with Michael Baldisimo sitting deep while Janio Bikel and Caio Alexandre pushed forward from the midfield. However, the same old problems remained as the striker (Brian White for most of the match) remained isolated and unable to get much going in the final third.

Of course, White did score (I’m surprised he’s still credited with it as it looked like a sure own goal), but outside of that the ‘Caps did not look like they were going to go out and win the match, rather trying to just hold on for a point. And they couldn’t do that either, conceding not once but twice in extra time to fall apart right at the death.

Will Dos Santos stick with the 4-3-3? Go to a 5-3-2? Will either of it actually make much of a difference? Depressingly, it’s impossible to say yes to that second question with any sort of assurance.

Looking at the visitors for this match, the Galaxy also stumbled a little out of the break with a 2-1 loss to Seattle (who are undefeated, so really no shame in falling to them). Before that the LA outfit were 5-2, putting them at a cool 4th place in the Western Conference. Their previous loss before the Seattle match was against Portland, so maybe the ‘Caps can conjure some Cascadian magic against them.

After a terrible debut season Chicharito has bounced back with 7 goals to lead the team, with the rest of the squad combining for 5. However, he has now gone scoreless in three straight matches after finding the net in four of the first five.

And as has been the case with the Galaxy a lot in recent seasons, they are suspect at the back. They’ve conceded 13 times, tied for most in the West, and that’s actually overperforming their underlying numbers which have them pegged at a little under 17 expected goals against (per StatsBomb).

Whether the often-toothless Whitecaps can take advantage of this possible frailty remains to be seen. Their own offensive underlying numbers are, well, offensive, sitting at third-worst in the league in expected goals (just under 9) and dead last in non-penalty expected goals (just over 7). And they’ve even underperformed on that, sitting at 7 total goals on the season. Tune in on Wednesday to see the stoppable force take on the movable object. And possibly some dark history-making as well.