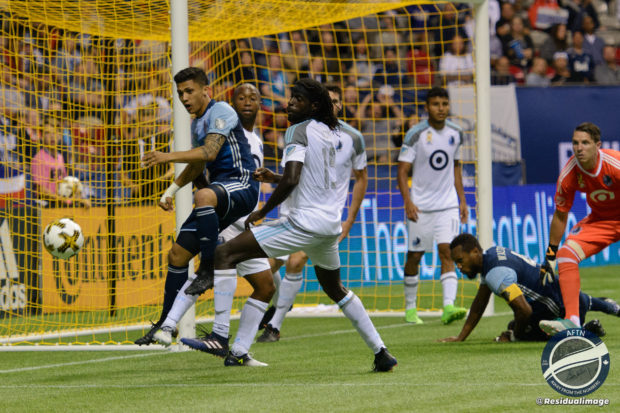 For the first time since March 2nd, 2013, Vancouver Whitecaps will open the season without Carl Robinson at the helm. Instead, it will be Marc Dos Santos roaming the touchline this Saturday; the fourth official manager in the club’s MLS era and the architect of a massive offseason rebuild that tore to pieces any semblance of player continuity from last year.

Only six players who received any real minutes last season have returned, and it will be a tough task for Dos Santos and his staff to get everybody on the same page right from the jump, especially considering how little time they’ve had to integrate some key pieces: Fredy Montero is back, and brings at least some familiarity, but he only arrived in town last week. The same goes for Young Designated Player Joaquín Ardaiz, who did not see a second of action in preseason. Fellow Young DP Inbeom Hwang only made his unofficial debut late in the final tune-up match against LAFC and missed most of training camp.

That’s all three of the ‘Caps new DPs (including their presumptive one-two punch at striker), and they have played a combined total of 75 minutes of game action with the team. Granted, it’s preseason, and if there’s one thing Seattle Sounders have shown us it’s that nothing in MLS matters until June, but don’t be surprised if some fans start mashing the panic button early on if the Whitecaps get off to a slow start. Personally, I wouldn’t be surprised if they do struggle out of the gate.

But enough of that negativity. The Whitecaps are finally back this Saturday, and even if they’d brought back the exact same team as last year I’d still be excited to see them back on the pitch after four months off. In my completely unbiased opinion this team has the talent to take us back to the playoffs, and I can’t wait for the season to get underway. Minnesota United will be the first test of Dos Santos’ ‘Caps, so let’s take a look at how our boys might line up.

Goalkeeper looks to be a toss-up, and we might see both Zac MacMath and Maxime Crépeau get a few starts early on. Both goalies played in exactly one and a half of the last three preseason matches, though MacMath was in net for the last one, if that means anything, which it probably does. Personally, I’d prefer Crépeau in goal against the Loons, though my only reason for that is because he’s Canadian. It looks to be MacMath’s starting jersey right now.

The ‘Caps backline was not something that inspired confidence last season (conceding the fourth-most goals in MLS will do that), and despite some strong additions elsewhere it still looks like it could be a weak point for this team. Doneil Henry and Jake Nerwinski should retain their spots in the starting XI, while Derek Cornelius will likely form an all-Canadian center-back duo with Henry, as the ‘Caps two foreign imports at CB probably won’t be fully up to speed for Saturday for differing reasons: Érik Godoy has played just 60 minutes in preseason and Jasser Khmiri hasn’t played at all due to rehabilitating his left knee following surgery for a meniscus tear.

The real concern is at left-back, as Brett Levis left last weekend’s match after just nine minutes due to a hamstring injury. Injuries are unfortunately nothing new for Levis, and his durability – or lack thereof – means there is a hole on the left flank. Marcel de Jong’s departure for the Canadian Premier League means that as things stand, Victor “PC” Giro is the only other option at left-back. Given that PC wasn’t even a starter for a historically inept defence in Orlando last season, I hope that the Whitecaps will sign a left-back sometime soon, especially if Levis can’t be trusted to stay healthy.

Dos Santos will run a three-man midfield, and unless he feels Hwang is ready to start, the most likely trio will be Jon Erice, Andy Rose, and Felipe. On Wednesday, Dos Santos announced that Erice will wear the captain’s armband against Minnesota, so it seems that he will be relying heavily on the veteran to provide stability and leadership from a deep-lying role. Rose has plenty of MLS experience despite a few years away from the league, while Felipe will look to bounce back from a tough first campaign in Vancouver with a system that will hopefully suit his skillset better. Russell Teibert would normally be in contention to start, but he’s been battling an injury for a few weeks now.

Up front, Yordy Reyna is the only guaranteed starter. Despite a bit of an erratic season, the Peruvian still racked up six goals and 11 assists last year, and was electric down the stretch when the ‘Caps were hanging on to the last strands of playoff hope. For a team lacking obvious chemistry, the connection that he and Montero should have from the Colombian forward’s time here in 2017 could prove invaluable early on, and is the reason why I assume Montero will start Saturday despite his lack of practice with the group as a whole. That, and the fact that he’s still played more than the team’s other new striker, while I can’t see Theo Bair being given the nod this soon. 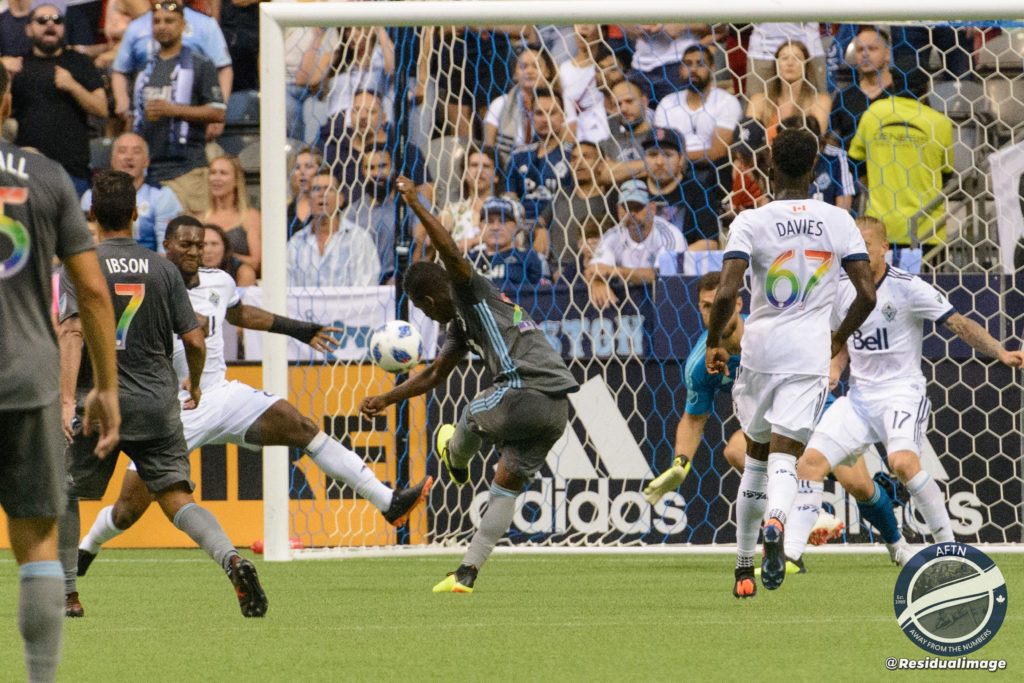 The third forward spot will go to either Lass Bangoura or Lucas Venuto, though Bangoura appears to have the edge given recent playing time. Both are quick, young-ish wingers brought in from Europe, and like the goalie tandem, both should be given ample playing time early on in the season, as Dos Santos tries to nail down a regular XI.

Taking a quick look at the visitors, Minnesota are looking to take a step forward after a sophomore campaign that saw them finish with the exact same number of points as their first, still comfortably outside the playoff race.

They’ve made a couple major splashes within MLS, paying a cool $900,000 of TAM to Kansas City for the somewhat-injury-prone-but-still-good Ike Opara, and signing the kind-of-old-but-still-probably-effective Ozzie Alonso to a TAM deal of his own, clearly looking to improve a defence that has given up 70 goals in back-to-back seasons.

The Loons have also brought in a third DP, the Slovakian international Ján Greguš, to bolster their midfield, while Darwin Quintero is still the man to watch up front: the Colombian recorded 11 goals and 15 assists in 27 games last season, and had two assists when the Loons lost 4-2 to the ‘Caps last July.

Saturday marks the dawn of a new era for the Whitecaps. Change was wanted, needed, and received, and now it’s up to Dos Santos and the team he has formed to deliver. It won’t be perfect, it might be tough sledding to begin, but no matter what, it will be different. And really, after the last few seasons, that’s what I want most.