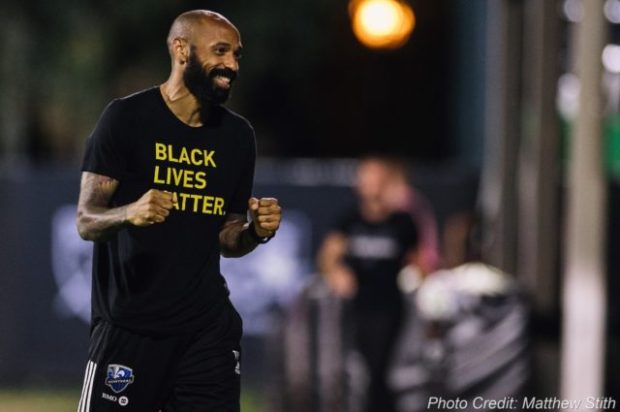 Well, wouldn’t you know it, the Whitecaps won a game! They even scored three goals! One of them resulting from a nice short stretch of open play! The ‘Caps marked their first match back at BC Place in over six months with style, trading goals with Toronto in a 3-2 victory that was by default their best performance in a long while.

The ‘Caps will now finish their all-Canadian gauntlet with back-to-backs clashes against Montreal, but they will not rest after that. MLS has announced the next small batch of fixtures, which includes the ‘Caps flying to Real Salt Lake, LAFC, and Portland over the next couple weeks. All told they will play five matches in fifteen days, a big step up from only playing four matches over the last six weeks.

With these upcoming US matches comes the question of exactly who will be travelling with the team. You’d have to imagine that players who opted out of Orlando would be hesitant to cross the border this time around, but we’ll see. The initial indications seem to be that they will have a full compliment on that initial road trip.

But first, we have to look at Montreal, and how the ‘Caps will look to get a little momentum going as we head into the fall.

Sadly, the ‘Caps have been officially eliminated from Canadian Championship contention, but there is still plenty to play for in the regular season standings. The continually expanding MLS playoff structure means that despite being tied for last in the West, the ‘Caps are only three points out of a playoff spot.

Yes, you heard right. The ‘Caps, who are 3-6-0 with a -8 goal differential, are a single win away from potentially holding a playoff spot. I don’t really get it either. And as a fun side note, the ‘Caps are the only team in MLS to have not drawn a match yet, in actual league play. It’s been quite an all-or-nothing start, with a lot of nothing to this point.

They did get something last match though, with the big takeaways being the play of Lucas Cavallini, Ali Adnan, and Michael Baldisimo. Cavallini might not have dominated play but he did finally do one thing: score a goal. Yes, it was one you’d expect him to score, but it was a nice finish nonetheless, and will surely have him feeling much better going into these next couple matches.

Adnan looked revitalized on the left flank after a string of particularly insipid performances, and was the one who put in an inch-perfect early cross for the assist on Cavallini’s goal. The ‘Caps need Adnan to put in shifts like that much more often, as he is often the engine that drives the entire team’s attack.

And speaking of driving attacks, Baldisimo was given a second-straight start by Marc Dos Santos and he paid off that faith brilliantly, playing a crucial role in the build-up to the opening goal before scoring a screamer of his own for the second, the ‘Caps’ first goal from outside the penalty box in over a year. He will surely start again Sunday night, and his play the last two matches has given the ‘Caps a bit of light in what’s been a lot of darkness over the last year and a half.

At the back, Érik Godoy made his season debut at right-back, though he was substituted at halftime by Jake Nerwinski, who ended up scoring the winning goal. Godoy will surely be a staple of the defence once he’s back to full match-fitness, though whether he plays at centre-back or right-back will be an interesting question.

Dos Santos seems to like Andy Rose at centre-back, partnering him with Derek Cornelius over Ranko Veselinović against Toronto. With those three, Godoy, and Jasser Khmiri, Dos Santos does have options, and we’ll have to wait and see who emerges as the first-choices. For Sunday, I would be surprised if he didn’t go with the Adnan-Cornelius-Rose-Nerwinski lineup that closed last match.

The one other interesting subplot regarding team selection is Yordy Reyna, who was left out of the 18 entirely last match. He hasn’t started since the ‘Caps second group stage match against Seattle in Orlando, and has only played 142 minutes over their last six matches. He now seems to be behind Theo Bair, Tosaint Ricketts, and Ryan Raposo in the pecking order, and one has to wonder whether the writing might be on the wall for the Peruvian with regards to his time in Vancouver.

Looking at the opposition, the Impact are coming off a 2-1 home loss to Toronto on Wednesday, succumbing to a late Jozy Altidore winner despite Victor Wanyama notching his first goal in MLS. They are currently 2-2 in this Canadian round of play, their 2-0 win over the ‘Caps followed by two defeats and a win over TFC.

Montreal have been strong defensively as of late: the two goals allowed on Wednesday was the first time in six matches that they allowed multiple goals, and they’ve only done it three times this season. Clement Diop is fourth in MLS with 33 saves, and he made a combined 14 stops in their last two matches against Toronto.

It’s been a while since the ‘Caps had any sort of good times, and they’ll look to make that happen with two straight wins, which they haven’t accomplished since May of last year. That’s not a fun stat to type out, so let’s hope I don’t have to revisit it again in a future preview.