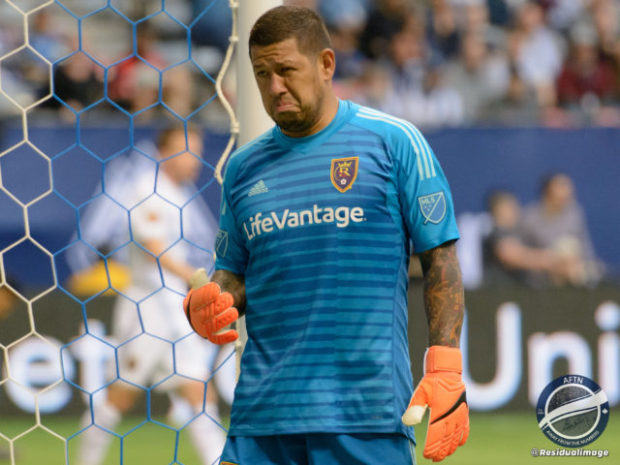 Okay, deep breath everyone. Yes, the Whitecaps lost their opening match, the first time they’ve done so since 2016. Yes, Minnesota aren’t considered to be one of the top teams in the West (though they should definitely be better than their first two seasons). Yes, the ‘Caps spent large chunks of last Saturday looking disjointed.

Despite all that, the sky is not yet falling. Hard to believe, I know, but with so many new faces and not so much time to integrate them all, the ‘Caps were always going to be hard-pressed to play a coherent 90 minutes against the Loons. They didn’t, but the good news is that they showed some clear flashes of what a more well-tuned version of this team could look like, and if they can work towards that in these next few months then we could be looking at an exciting team in the summer and fall.

It’s also worth noting that last season Atlanta United lost 4-0 to Houston on opening day, while Portland lost 2-1 to the Galaxy and then lost 4-0 to NYRB the following weekend. Both of those teams ended up doing okay in the end, and slow starts have marked a number of MLS playoff teams these past few seasons.

Back to the ‘Caps, and next up is a trip to Utah to take on Real Salt Lake, who drew Houston 1-1 on the road to open their season. The two teams met twice last year, RSL winning 2-1 at home on April 7th, and the ‘Caps taking the return match 2-0 at BC Place later that month. Only two players who started in the ‘Caps last match at Rio Tinto Stadium are still on the team (Jake Nerwinski and Felipe), so this Saturday will definitely be different.

The big question heading into this weekend is how many changes Marc Dos Santos will make. The ‘Caps weren’t terrible against Minnesota, but they also weren’t great, and there are multiple players whose performance could be encapsulated with a shrug: just as many positives as negatives.

In goal, Maxime Crépeau probably didn’t deserve to concede three last Saturday. A penalty (that he nearly got a hand to) and a deflected cross didn’t leave him with much hope, and while he might have had a chance on the Loons’ second goal, it was still an open header from just outside the six-yard box. He did have some nice distribution, and if I was calling the shots he would be back in goal against RSL. Zac MacMath is likely chomping at the bit to get in goal, however, and it will have been a competitive training this week between them.

The most obvious change would be to not play Derek Cornelius at left-back. It’s not a knock on Cornelius himself, but the ‘Caps would probably be better served playing a left-back who has actually played there at some point in his career. PC came off the bench late on Saturday, and immediately got an assist, so that’s a positive sign at least. Whether or not he can reliably defend is a different story, based on feedback from Orlando, and I think we’ll find that out soon.

The rest of the defence will probably remain unchanged. Érik Godoy and Doneil Henry were, ironically-enough, the two players who scored for the ‘Caps, while MDS praised Jake Nerwinski’s performance after the match, saying he was “a monster” in the first half, aside from the unfortunate penalty. That comment does not make it sound like Scott Sutter will see his first action as a Whitecap quite yet.

The performance of the midfield against Minnesota is the toughest to evaluate. Jon Erice was shaky at times, but had the second-highest single-game touches (116) and passes (101) totals in the club’s MLS era, so he is clearly someone Dos Santos entrusts to run a lot of what the team wants to do. Inbeom Hwang is someone who also received praise from MDS after the match, and was, in my eyes, the standout player from last Saturday. He clearly has enormous technical skill, and worked tirelessly until the final whistle. As he – and the team as a whole – grow more comfortable into MDS’ system, I feel he will be the best performer on this team.

Felipe was the midfielder I was least impressed by, as I felt that he was invisible for much of the match. If one of the three midfielders is to change for Saturday I would choose him, especially if Russell Teibert is healthy. Otherwise, the options would be Andy Rose or Simon Colyn…and despite how exciting it would be to see another 16-year-old on the field, it might be better for Colyn to receive some minutes off the bench before he is thrown into a start. 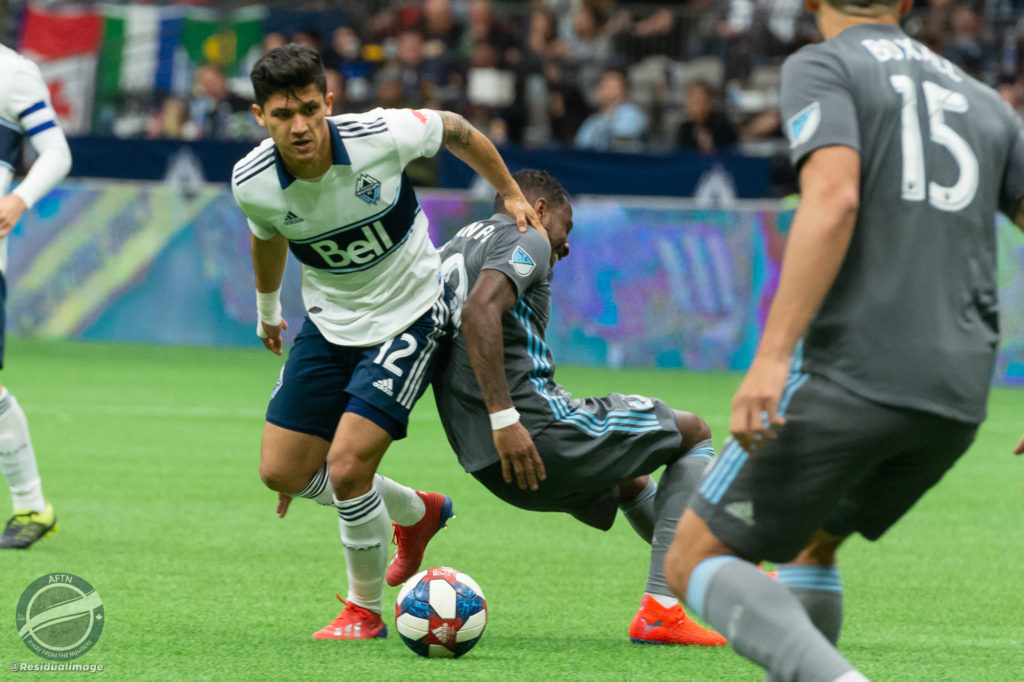 Up front, Fredy Montero probably had the roughest day of any Whitecap, as his “service” consisted almost exclusively of long-balls that his 5’9” frame is not pre-disposed to win. We know he can produce when given better support, and he will surely be tasked with leading the line once again.

I was surprised to see a healthy amount of Yordy Reyna criticism online after Saturday, as I felt that he was the most dangerous of the ‘Caps attackers. He showed his set-piece ability with an assist on Godoy’s goal, and like Montero should do better with improved service and link-up play with the midfield. Lass Bangoura had a rougher outing, and is the most likely of the three forwards to be replaced if MDS wants to give Lucas Venuto a start after the Brazilian’s lively-enough substitute appearance against Minnesota.

Looking at the hosts, RSL have an interesting mix of young contributors and very old veterans. Key cogs Jefferson Savarino, Brooks Lennon and reigning MLS Rookie of the Year Corey Baird are all in their early 20s, while 36-year-old Kyle Beckerman and 39-year-old Nick Rimando are still essential pieces of the team’s spine.

Albert Rusnák is always the player to watch – he scored Salt Lake’s only goal last weekend – while centre-back Justen Glad suffered a broken toe in training and likely won’t be able to play on Saturday.

The MLS season is long. That’s the most important thought to keep in mind as we get fully underway, as this team will likely continue to take some bumps and bruises. That doesn’t mean they won’t win games, and this Saturday is definitely a winnable one. At the same time, another loss – while definitely far from fun – should not be seen as a sign to give up on the season. I feel like I will write this a lot these next few weeks, but patience will be the most important virtue Whitecaps fans can have as our club’s new era gets off the ground.