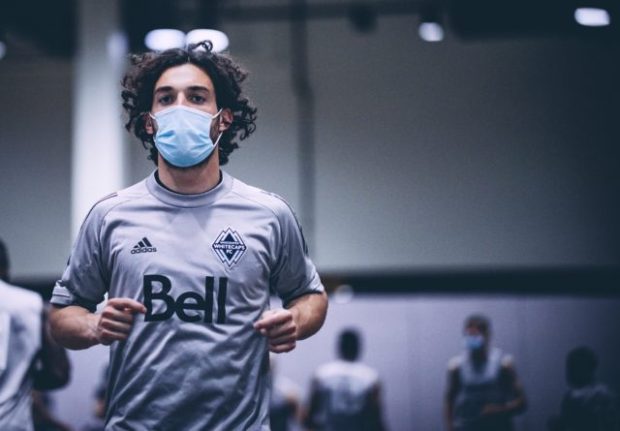 All the way back on March 7th, over four months ago, the Whitecaps played their second match of the 2020 MLS season against the LA Galaxy. It was a simpler time, when large outdoor gatherings were celebrated and the only people who spoke of bubbles were children, champagne enthusiasts, or West Ham supporters. The ‘Caps have not played since that date, and understandably so – if you hadn’t noticed, North America is having a bit of an issue with a virus at the moment. However, MLS has been able to resume the season in Orlando, with protocol so safe that only two teams have had to drop out of the tournament entirely.

Despite these inauspicious signs, the ‘Caps are scheduled to play Wednesday night (a week after their intended first match was remixed in both date and opponent), and they will take on San Jose. Of course, there’s always the possibility that this match could be the subject of a late postponement/cancellation as well, making this preview meaningless, but I will bravely shoulder that risk.

The ‘Caps will not be able to roll out the same line-up they did in their somewhat surprising 1-0 win over the Galaxy, as three starters and a total of five members of that eighteen-man squad have stayed back in Vancouver. Those in question are goal-scorer Tosaint Ricketts, star forward Lucas Cavallini, another forward in Fredy Montero, utility man Andy Rose, and young prospect Georges Mukumbilwa.

It’s the forward corps that has been heavily hit, which will push the ‘Caps from the 4-4-2 they played in the first two matches back to the 4-3-3 that they favoured last season. Yordy Reyna will likely slot in as a sort of “false nine”, with two of David Milinković, Cristian Dájome, Ryan Raposo, and Theo Bair lining up around him to start. Given the layout of the tournament, all five of those players should see a decent amount of playing time over the course of the next three games, and hopefully beyond.
.

At the back, Maxime Crépeau and Ali Adnan are the only guaranteed starters, while with Rose out of the picture and Érik Godoy still recovering from injury, it will be two of Jasser Khmiri, Derek Cornelius, and Ranko Veselinović starting at centre-back.

Going off the first two matches of 2020, Khmiri looked shaky at times but did start both, while Cornelius was benched against LA. Veselinović is more or less a complete unknown, though he has obviously had time to assert himself in training, so we’ll see if Marc Dos Santos rolls the dice with the Serbian. Either way, it will be a youthful pairing, as none of those three defenders are over 22 years old.

At right-back, we may have a battle on our hands, as newcomer Janio Bikel displaced Jake Nerwinski in the starting XI against the Galaxy, and acquitted himself well. Nerwinski has his moments (including scoring the ‘Caps first goal of the season), but he’s never cemented himself as a high-level MLS fullback. Might Bikel be that guy? It’s impossible to say now, especially because he might also be deployed as a midfielder, which he was primarily billed as in his initial Whitecaps press release.

If Bikel does slot in at right-back, the midfield trio will almost certainly be Leonard Owusu, Russell Teibert, and Inbeom Hwang. Inbeom is the constant, and will be counted upon massively in terms of setting the tone for the team. Owusu is another question mark, his brief cameo in the Galaxy match not enough to glean much from someone billed as a big boost to what’s been a permanently ailing midfield.

Teibert is the third man out of the trio, the most likely candidate for replacement if Bikel slides into that position or if Dos Santos decides to go with Raposo or one of the other young players. If he does start, Teibert will be counted on as a veteran presence, as – incredibly – he’s the oldest outfield player the ‘Caps have in Orlando. Bryan Meredith is the only player over 27 years old, and as the backup goalkeeper it’s unlikely he sees action. 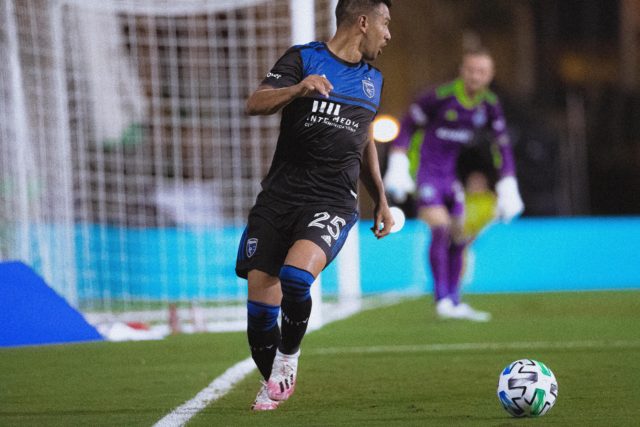 Taking a glance at the opposition, the Earthquakes have already played their first match, a 0-0 draw against Seattle last Friday. Unlike the ‘Caps, they have just one player missing: defender Marcos Lopez, who had an appendectomy two weeks ago. They did not start that hot in their two games back in March, picking up just one point and conceding seven goals, but this tournament is such an anomaly that it’s difficult to make any predictions based on past performance.

In fact, the scales might be tilted in the ‘Quakes’ favour: they were the first team to arrive in Orlando, all the way back on June 25th, and have a match in these weird conditions already under their belt. The ‘Caps only landed in Florida last week, and are coming into this matchup cold. Don’t be surprised if this is a low-scoring affair and a close contest, as most of the matches have been so far.

This whole tournament feels weird. We’ve barely had any Whitecaps action for so long (only two matches in the last nine months!), and now they are set to get underway in Orlando, with five players on the other side the continent, no fans, and a pandemic raging around the whole setup. With that said, #MLSisBack baby, and this is really happening. Hopefully.