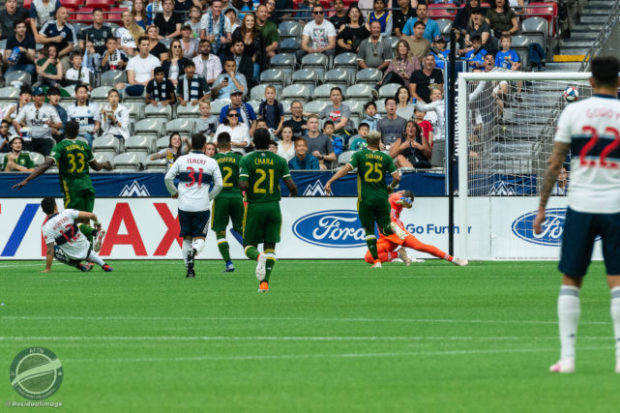 Turns out when the Whitecaps play a team that doesn’t pick up a red card, they’re not as good. Their feel-good run of three wins in four came to a crashing halt in the city of angels, as stumbling LAFC returned to form just in time to beat the brakes off the ‘Caps in a 6-0 defeat, contributing to a new tradition of the ‘Caps getting stomped on at Banc of California Stadium.

There’s not much to take away from a match that was over 15 minutes in other than “Whitecaps = bad”, so let’s not dwell too much on that. Looking at Sunday night, for the first time ever the ‘Caps will play a home match in the US, as they’ve taken up Providence Park for their home away from home. Their first home match in Portland will be against…Portland. Ah, wonderful.

So, the ‘Caps will play a home match that’s really actually a road match, ending their run of five matches in two weeks, in four different cities. They’ve bounced from BC to Utah to California and now to Oregon, so forgive me for being a little worried as to how that will affect their ability to play to their best against the Timbers. Then again, they didn’t show up against LAFC, so maybe they’ve rested enough.

Recent history somewhat favours the ‘Caps, as they’ve won three of their last four matches overall against the Timbers, and four of their last five at home, but they are just 2-7-5 all-time at Providence Park. Given that this is both a home match and a match at Providence Park I can only assume those disparate records will cause the field to rupture, letting loose a black hole that will suck all of us into the void. It would beat watching the LAFC match again.

With regards to how the ‘Caps will set up, no one’s spot in the lineup should be safe coming off a thrashing like the one they received, except for Bryan Meredith by default, as with Thomas Hasal injured there isn’t really another option. Érik Godoy came on at halftime in a bid to get him back to match fitness, and we could see wholesale changes to the backline with Godoy, Andy Rose, and Ali Adnan all potential replacements for Ranko Veselinović, Derek Cornelius, and Cristián Gutiérrez. Jake Nerwinski is – again – safe by default, unless Godoy plays right-back, which you feel he just might.

In the midfield, Janio Bikel made his third straight start Wednesday and played 67 minutes, his highest total since returning from injury. Michael Baldisimo started beside him – in a pairing I was very excited to see – but things did not go well at all. If Russell Teibert is still hurt then Leonard Owusu is the prime pick to come in for either of Bikel or Baldisimo, with Rose as another option as he did play midfield again in the second half against LAFC.

Up front, the only player I’m fully confident will start is Cristian Dájome, as he’s been the ‘Caps’ most consistent attacker these last couple weeks. Fredy Montero will likely slide back into the starting lineup, with the question being do he and Cavallini start together? Theo Bair was very unfortunate to be subbed off in the 23rd minute on Wednesday in a futile bid to stabilize the midfield, so he would be fresh if Marc Dos Santos elects to put him back out there. 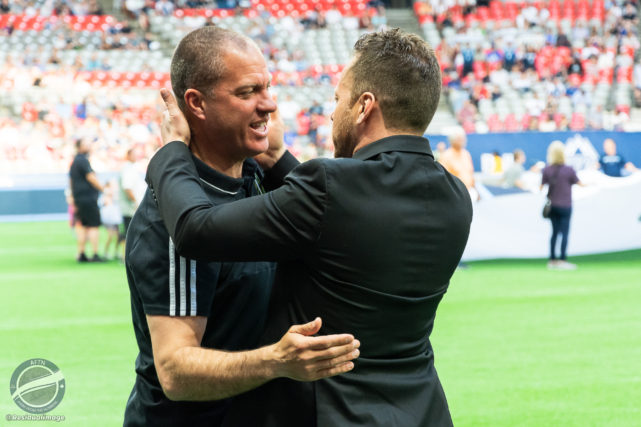 Looking at the visitors/hosts, the Timbers are riding high after following up their 6-1 blowout of San Jose with a 1-0 win over Seattle to take joint-first in the West with the Sounders at 6-4-3. Despite that, there are only six points separating 1st and 11th in the West, so there’s plenty of room for teams to rise and fall (by comparison, four teams in the East have more points than Portland’s 21, and the gap between 1st and 11th is seventeen points).

The Timbers have seen plenty of goals this season. They are tied for second in the West with 26 scored, but are fourth-worst in the conference with 24 conceded. Diego Valeri continues to defy age with six goals (team lead) and five assists (joint-team lead) in ten matches, while Diego Chara has also staved off major decline and already has three assists, more than he had in the last two seasons combined. Portland has had to deal with a major loss when Sebastián Blanco (two goals and five assists in nine matches) tore his ACL earlier this month.

Despite Wednesday’s debacle, and despite sporting a -13 goal differential (second-worst in MLS), the Whitecaps are only two points back of a playoff spot. The current MLS postseason setup is as favourable as possible, and it’s up to the ‘Caps to just not suck hard. We’ll see if they have it in them.