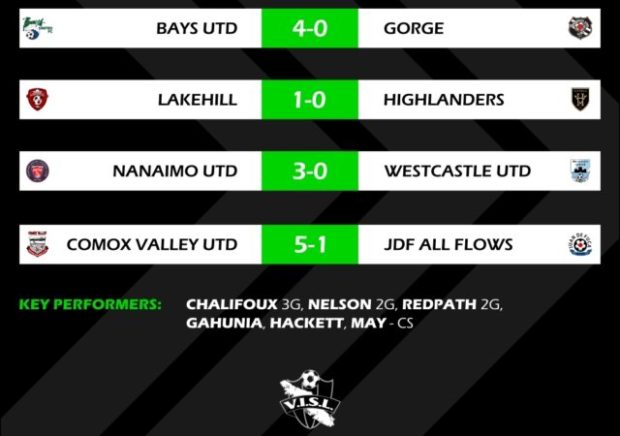 There was a different type of excitement in the air this past weekend as the Vancouver Island Soccer League (VISL) had all divisions start their 2020/2021 campaign.

Overall, players up and down the Island were very thankful that they were able to get back on the pitch – doing what they so enjoy.

Crowning Cup Champions the last couple weeks gave us a taste of amateur men’s soccer, and it is clear that many people missed it, and have an even bigger appreciation for the game, and our health.

Division 1 – our flagship division as our highest level of league competition on the Island – saw four games to kick off the new campaign and unlike last year, where the theme was draws, the opening weekend featured games that had winners across the board and goals galore!

Bays Utd started things off on Friday by blanking cross town rivals Gorge 4-0. Patrick Nelson left off where he finished last year by notching two goals for Bays, with teammate Alex Redpath also bagging a brace. Earning the shutout for the Oak Bay squad was Ethan May.

Next up was defending Division 1 Champions Lakehill, and they slipped by the newly promoted Victoria Highlanders by a 1-0 scoreline thanks to the loan goal from Cody Gysbers. Posting the shutout for Lakehill was goalkeeper Hardeep Gahunia.

Saturday night saw just the one game with Juan De Fuca Allflows travelling to Comox Valley United to take on the newly promoted squad. The hosts were not very hospitable, getting their top flight campaign off to the best possible start by defeating the Westshore boys 5-1. Grayson Chalifoux led the way for Comox with a hat-trick, with Joe Butcher and Nick Marinus also getting on the scoresheet. Scoring the loan goal for JDF was Ethan Emile.

So an exciting first weekend of action, boding well for the season to come. Here are the first standings of the new season: 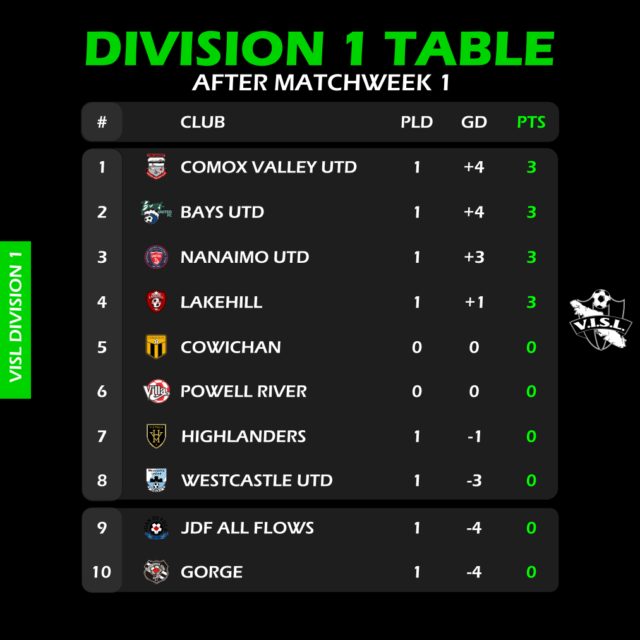 As we are working in cohort bubbles of four teams each weekend, two teams had a bye. Cowichan and Powell River will get one more week to prepare for their season openers.

The goal scoring leaderboard has started with a frenzy of scoring, and it shapes up with a new name (but not a new player) atop the listing: 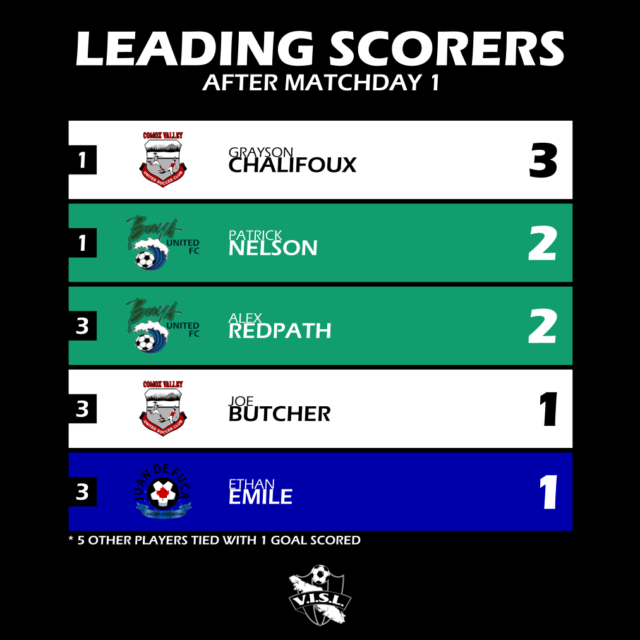 We are happy to be back on the pitch, playing the game we love, but staying safe and mitigating the risk as much as possible.

With a solid week one in the books, here is a snapshot of what the top division of amateur men’s soccer has on tap for the upcoming weekend. 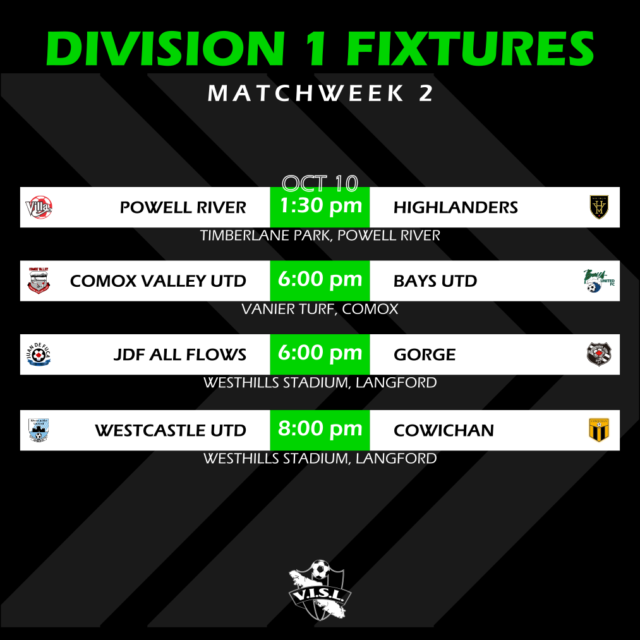 We do appreciate that family and friends are wanting to attend games, but keep in mind that restrictions have it at 50 people max. Please physically distance when at the park, and ensure that you are not close to participants at all. Feel free to wear your mask.

We’re looking forward to Week 2 already. Thanks for supporting people in your community and grassroots soccer.