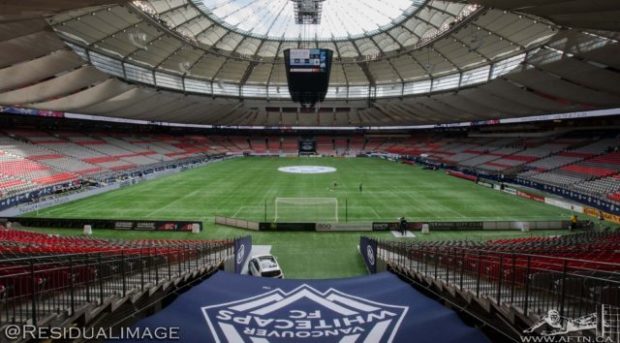 The 2020 season is done and now we look ahead with anticipation to the coming 2021 season. We’ve got drafts, free agency, new contracts, potential new player speculation, new signings, formation speculation, pre-season games, and so on. Lots of good stuff to keep us guessing and entertained as we await the real fun, the new season.

However, before we get too far ahead of ourselves, let’s pause and think a little bit about what the League will want the new season to look like and what Dr. Bonnie Henry might have in mind for us. Surely she’s a football fan (who isn’t?), but what she thinks is doable and what the league and the Whitecaps see is doable may be two different things.

Now, let’s complicate things a bit more. Our friend Mr. Trudeau may have a word or two to say about when to re-open our now closed border. Will we be free to drive back and forth to Seattle or Portland this Spring? Will away teams be permitted to cross the border without the need to quarantine? Will the Sounders be able to drive across the border? Will it make a difference if all of the away teams and their entourages are vaccinated?

With each passing week, more and more of us will be getting vaccinated and thus we’ll have more and more potential BC Place patrons with vaccine cards in hand (call them a form of passport if you will). This can only help us from the perspective of worry free fans in their seats and also, eventually it will help us move toward herd immunity.

Thus, the first observation that we can make is that a delay to the start of the season is a good thing. Should we delay until the middle of March, the beginning of April, the middle of April, the beginning of May, the middle of May or? The later the start date, the closer we are to having more fans vaccinated and herd immunity. At some point the infection curve will be driven down and larger gatherings will become possible, especially as we as a society start leaving indoors and head to outdoor spaces again.

However, like all good things, too much of a good thing becomes a bad thing. If we wait too long to start the season, we’ll be pushing the end of the season and the playoffs into the poor weather of next fall and winter and we are inviting too much fixture congestion. There is a limit to how much delay is desirable.

After the financial disaster of 2020, all of the MLS teams will want to play a full slate of games in the 2021 season. Fans in the stands pay some big bills.

We also have to take into account the Canadian-based team problem. That is, the NBA recently tried to aim for games in Toronto for the basketball season which started this week. Obviously that was deemed too soon and too risky and was nixed accordingly. Therefore, we’ll need to make our circumstances different if we want to see games at BC Place in 2021. And of course, we as fans will want to see bums in those seats under the dome.

The timing of the first game at BC Place will be critical. If we look back in history, there are many examples of MLS teams delaying the start of their home games to accommodate the construction schedule of a new stadium or a renovation of an existing stadium. The most recent example is Portland’s newly completed renovation.

If we couple a delay to the start of the 2021 season with a decision to play our first ten or so games on the road, we can see that BC Place becomes much more likely as our actual home stadium this year. If we then add another home and away series with Toronto and Montreal when we begin our home games, we can further delay the time that the US based teams have to cross the border into Canada.

Of course, it would also be nice if the scheduling minds at MLS would see fit to group some games in certain geographic areas to cut down on travel. For example, playing away at Dallas and Houston could easily be played in a week. I know what you are thinking, the MLS historically doesn’t think that way, so why should they start now? Oh well, we can still dream.

Next, let’s look at BC Place itself. Not having our own soccer-specific stadium actually works in our favour (for once). Having 55 thousand seats gives us a bunch more room to space our fans and to direct them to many more exit and entry pathways. Keeping our fans socially distanced is much easier for us than would be the case in a 20,000 seat stadium. 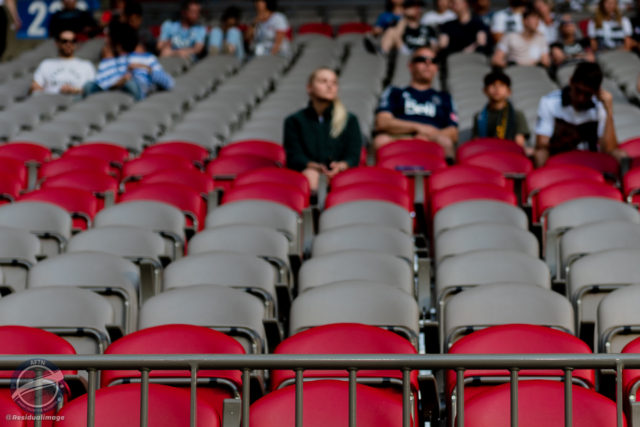 We could also group certain fans by those with a passport (a vaccination card) and those without. This could be done by certain sections or levels only being available to those who are vaccinated. Spacing could be reduced in the fully vaccinated sections. Obviously, the vaccinated sections will need to be expanded as the season progresses. The logistics are not going to be easy, but if it matters enough, I suspect that we can work it out with the help of our friends at Ticketmaster. I anticipate that they will do whatever it takes to re-start earning those generous ticket commissions.

When the match ends, the PA system can then be used to delay a crush of fans leaving at once. If anyone leaves prior to the final whistle, they are free to go as they wish. For those who stay to the end of the match, fans can be requested to leave in a way calculated to avoid all of us on the ramps at once. For example, sending only certain sections to commence leaving and then others after a few minutes and then others after a few more minutes. Is that clunky and a pain? Of course it is. But if that helps make this work, then we can do it.

If we can’t work out something that distinguishes us from the Toronto Raptors’ new NBA season, we may well lose most of if not the entire 2021 season at BC Place. We could find ourselves based in Portland once again. Obviously, that would make the season a disaster for the players being remote from their families, but it would also be yet another financial disaster for the Whitecaps and it would keep us fans unable to attend most of our “home” games. It is therefore critical that the league gets this right.

The only way that we fans can return to BC Place this season is if the curve is drastically driven down both here in BC and down in the Excited States too. It is going to be tight, but it is possible. Hopefully additional vaccines will shortly become available so that the pace of vaccinations will increase exponentially. Otherwise, you might need to look into where in Portland you can stay in order to catch our next home game(s).