Barber will step down at the end of February next year and he told the Sekeres and Price show on Team 1040 this morning (who have fast become my favourite sports radio hosts in the city, after Peter Schaad) that “it’s been a very difficult decision and a slightly emotional one”.

As far as AFTN is concerned, he’ll not be missed.

And we’re clearly not alone. When two ex Whitecaps front office employees post on the Southsiders forum that they are pleased with the news and think it is the best thing for the Club, adding “Trust me, the people in the office are thrilled”, I think that is very telling.

Regular AFTN readers will know that we’re not exactly fans of executives in football. We grudgingly accept them as a necessary evil.

When you look at the Caps and in particular the CEO position, you do find yourself wondering just what that role entailed and how did it fit in with all of the other executive positions at the Club.

Did Barber run the whole shebang? Did he micromanage and make all the decisions, like many suggest? Did he just act as an advisor, an overseer of sorts? 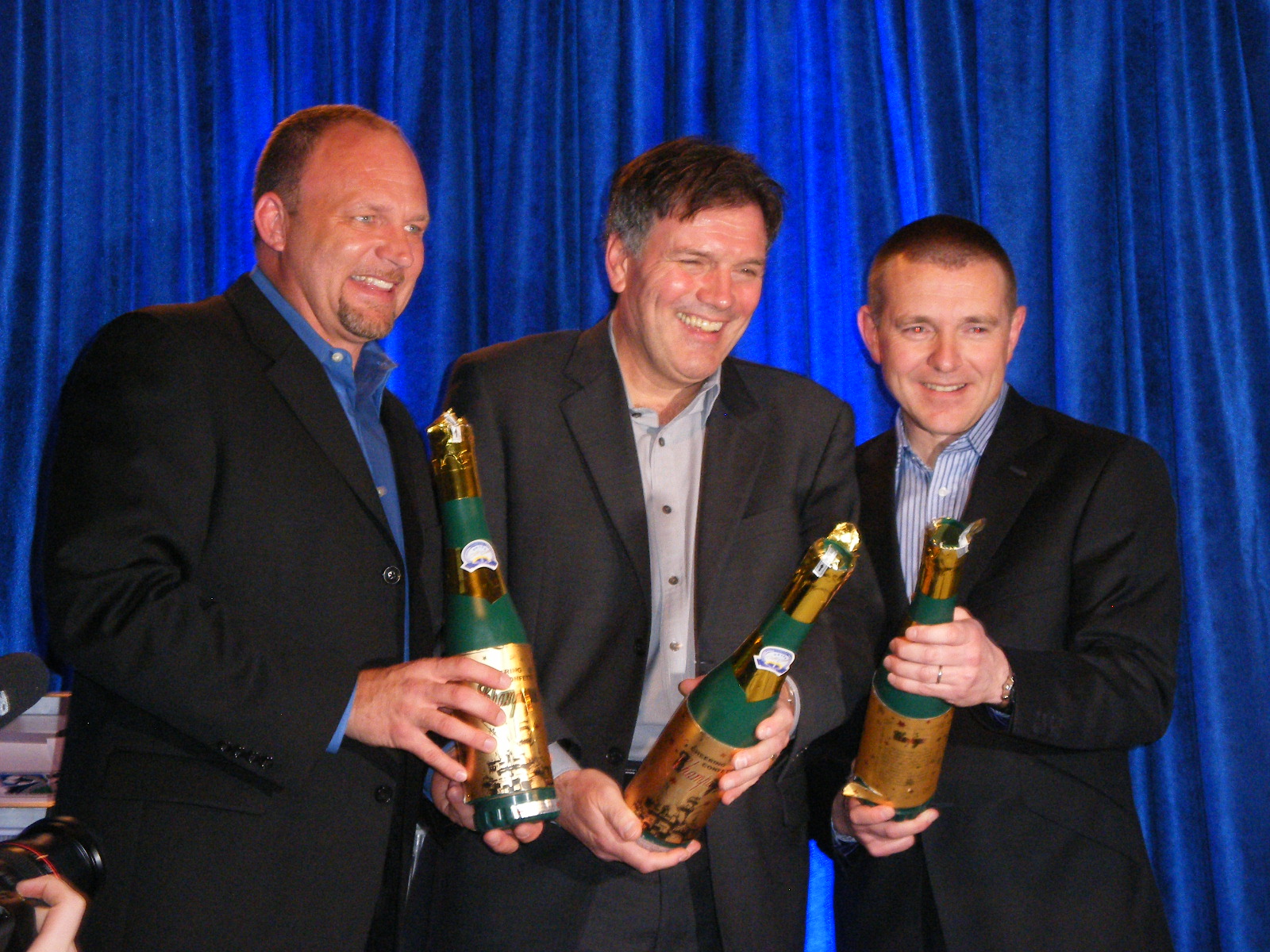 Paul Barber joined Vancouver Whitecaps in February 2010. At the time, no one expected his tenure to last just two years.

His appointment caused a lot of excitement.

You did get the feeling that was how some saw it. Maybe it was a nod towards the Eurosnobs. Is such a move what it takes to make them accept the Whitecaps and MLS? Who cares about them anyway?

Taking my well worn cynics hat off for a minute, the acquisition of Paul Barber was somewhat of a coup for the Whitecaps. I don’t think I will ever fully understand why a guy would leave his lifelong loves, when they are on the crest of a wave, and travel across the Atlantic.

He came with a bonafide footballing pedigree, although his early career was all PR with corporate giants in the UK.

He became Director of Marketing Communications for the English FA in 2000 and went on to become Executive Director with Spurs in 2005, a position he held until he made the switch to Vancouver last year.

Maybe we should have seen the warning signs earlier.

Barber was at Spurs when they went through one of their lowest points for many a year, and were seriously in relegation peril. Fan protests against the Board and manager intensified, until Harry Redknapp came on board and turned the Club’s fortunes around.

A lot of AFTN readers won’t know who Del Boy is. He was a character in the long running BBC comedy show “Only Fools And Horses”. A wheeler dealer, full of bravado, gusto and ideas, but one who usually ended up falling flat on his face and not being as clever or as good as he thought he/the idea was.

I don’t know why, but whenever I heard Paul Barber talk, I was instantly drawn to think of the show.

As Barber steps down, it leaves us asking “so who were the fools here?”.

Barber often came across to us being so full of hot air that we often checked his shoes to see if they were tethered to the ground to stop him floating away. All mouth and no trousers, as the English expression would have it.

He was the master of spin, no doubt instilled in him from his career in public relations, media relations and communications. He clearly missed out on what I’m sure would have been a very successful career in politics.

Whenever things went wrong in the FO or on the pitch, Barber always had a cheery, positive response. Things were never as bad as they seemed. Whenever people, like the Southsiders, raised concerns about issues, there were always emails from people sent to him with the opposite view.

What frustrated us more than anything was that the local media never called him out on his failings or the Caps string of clusterfucks.

There is no doubt that Barber had successes with the Caps.

He brought in an amazing amount of sponsors and money to the Club. He helped establish a 15,000+ season ticket base and helped the Club make two tricky, but smooth, transitions to two new stadiums in one season. He was also good at replying personally, and quickly, to fan emails.

We sincerely applaud him for all of that.

He helped build the Whitecaps brand into a corporate MLS monster, envied by many of our peers. Again, we grudgingly accept such things as a necessary evil.

We’re not sure where all the money went. The fans saw little reward, as we covered previously, and it certainly didn’t bring big name, quality players to Vancouver or help put a winning team on the pitch.

There’s going to be a lot written about Barber’s resignation, but it would be remiss of all media outlets not to look at where Barber has failed. 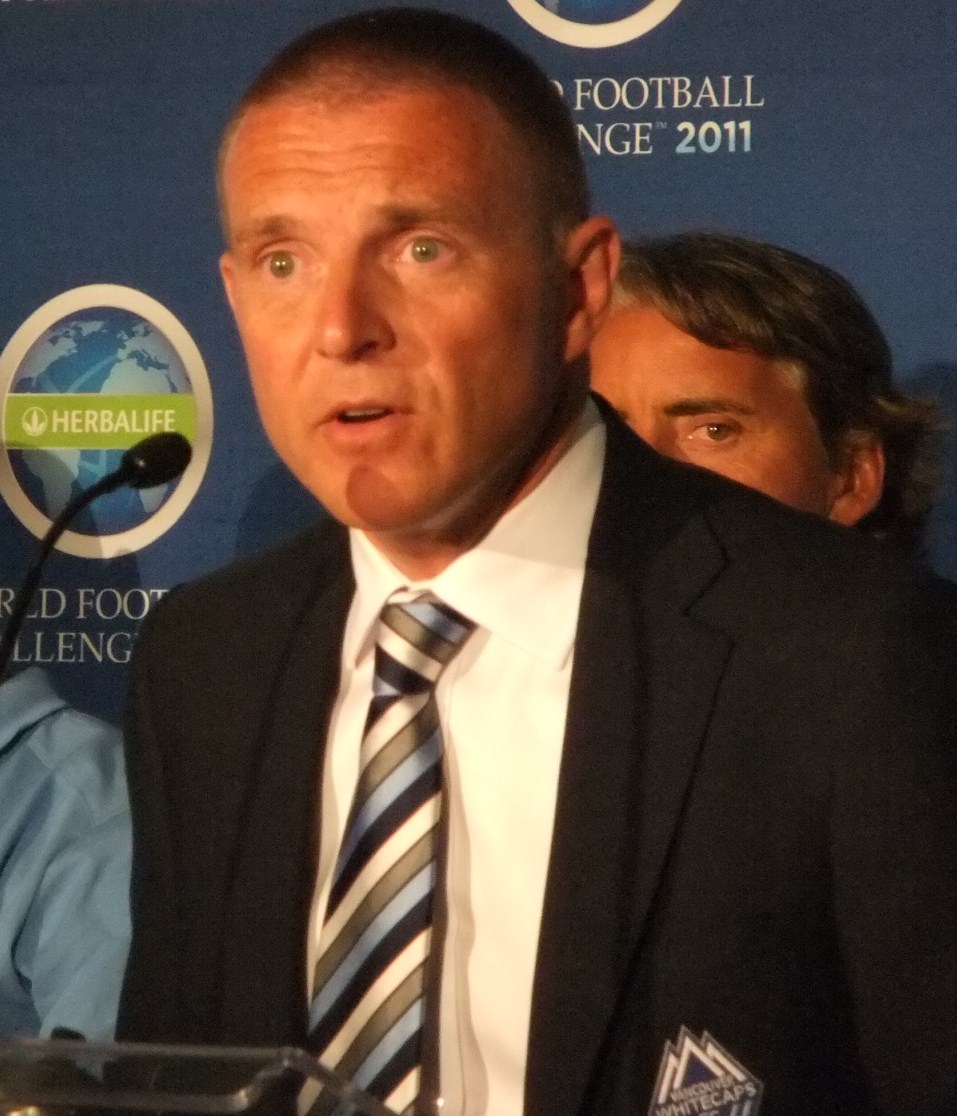 He helped bring false expectations amongst the fanbase that the Whitecaps were not an ordinary expansion team and his pre-season comments made many fans expect instant success.

The buck stops with him for all of the farcical ticketing problems this season, particularly the Uniglobe fiasco, where it can be argued he put corporate sponsors before fan interests.

The relationship between the Caps and the Southsiders hit some pretty bad lows this year. When Barber came on board, the expectation was that an English guy would get supporters culture and help it to grow here to be on a par with Portland and Seattle.

As it turned out, nothing was further from the truth. A guy coming from England knows the trouble and nuisance a large group of organised unhappy fans can be. The last thing a CEO wants when he moved to a new environment.

Then there is what he said was his number one priority – to deliver a much needed, state of the art training facility. We’re still waiting. It may be close, but he simply hasn’t delivered it.

In fact, he hasn’t delivered much at all, from our viewpoint.

Ultimately, Paul Barber will be remembered by AFTN as a cocky character who talked the talk, but didn’t walk the walk, overseeing the worst season in Vancouver Whitecaps FC history. A nice legacy to leave behind.

The Barber spin with all of this is already in full effect, as we are told that his role was to be here for the transition of the Caps into MLS and the move to BC Place. Funny, I don’t remember hearing this before and was always under the impression he was here for the long haul.

What does the future hold in store for Paul Barber? Where in football will it take him?

We certainly wouldn’t be surprised if he makes the move to MLS Front Office and takes on some kind of role there. I personally think it would be a disaster for the League if he did.

Paul Barber may have had the football knowledge and experience in England, but his lack of success in Vancouver is another clear indication that in football terms, Major League Soccer and the North American market is somewhat unique to elsewhere in the world.

Barber’s roles will initially be shared by Bob Lenarduzzi and Rachel Lewis.

Some may see that as a backward step. Reverting back to the D2 days of the Club. Maybe so, but it seemed to be run a hell of a lot better back then and maybe the Caps do need to take a bit of a step back.

Whoever eventually fills Barber’s boots needs to be a football man and one who fully understands the worldwide game, the anomalies of North American football and the whole football and supporters’ culture.

It is a huge appointment and needs to be the right one. I’m happy for the Caps to continue with Lenarduzzi and Lewis until they find the perfect match, but their taking over of duties should just be a short term fix.

Who that person might be is now the big problem for the Whitecaps.

Fans are already suggesting Dave Cobb. A former player, with Caps history, and with impressive experience with the Canucks and the 2010 Olympics.

With three Head Coach changes, numerous other changes in coaching personnel, a turnover of front office staff and now the resignation of their CEO, Vancouver Whitecaps’ 2011 can be described as tumultuous.

What the whole football club needs now, is stability.

This interesting Whitecaps close season shows no signs of getting boring any time soon.