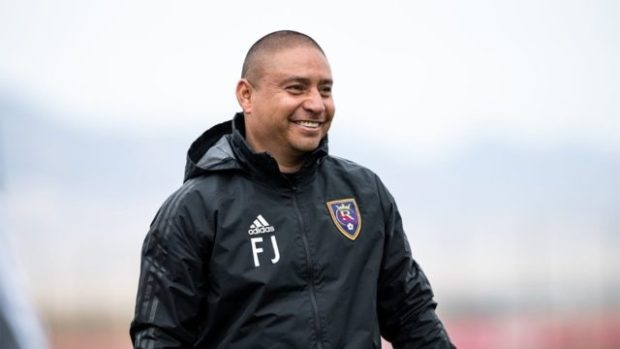 Heading to the altitude and various weather patterns of Sandy, Utah has not always been a happy hunting ground for Vancouver Whitecaps. But Friday evening throws up a far from usual meeting between the ‘Caps and Real Salt Lake.

The teams have met 25 times before in MLS action. Although the Whitecaps lead the series overall with 11 wins to RSL’s nine, it’s a whole difference story in Utah, with Vancouver managing just two wins and three draws in their 12 matches there, with the Whitecaps 2-1 win at RSL last September ending a run of four straight defeats.

The Whitecaps have played there in snow, in intense heat, and sometimes it’s just pleasant. But there’s always been the altitude factor. Flying in and out for the game is thought to be one way to not have the altitude have too much of an impact on visiting teams, but it’s still not ideal. This time though, it’s different. Vancouver and RSL are stadium bedfellows, with the Whitecaps calling Utah home since the new season got underway in April. The altitude factor that RSL have relied on in the past is somewhat negated.

“There’s no doubt that once you’re here, and you spend much more time here in Salt Lake, that you get used to everything when it comes,” Whitecaps head coach Marc Dos Santos told media. “It’s not going to be an excuse the altitude or the weather, it’s that for both teams. But we’re adapted to the altitude and we’re ready to deal with the weather. We both have five subs, so that’s going to be important I think in the game.

“At the same time, it puts you in a much better place to succeed than when you’re in Vancouver or in another city and you just come in to play and you just have 24 hours to adapt.”

Heading into the match, the Whitecaps actually have more wins at Rio Tinto this season than Real Salt Lake (two to one).

RSL and Vancouver are both currently sitting outside of the playoff places, but still very much in touch, as you would expect teams to be just a few games into the season. But it’s been somewhat of a mixed start to the new campaign for both sides.

RSL currently sit 8th in the West with nine points from their six matches, and a record of two wins, three draws, and just the one solitary defeat, a 2-1 home loss to San Jose on May 7.

Vancouver are three places back in the standings with seven points from seven games, and a record of two wins, one draw, and four defeats. Both those wins have come at the Rio Tinto Stadium. It’s their current home away from home. RSL will have fans in attendance cheering them on, so that edges the home field advantage back to RSL in what is a very unique situation.

“It’s a tough league and we know what Vancouver brings and when you talk about altitude and that kind of stuff, there definitely is no advantage because they’ve been here. Utah’s home, Salt Lake City’s home for them as well at the moment and I’m sure they’re going to be defending the home field advantage just like we are.”

Dos Santos and Juarez had been hoping to meet up more during the Whitecaps time down there, share a coffee and football chat. The respect between the two coaches is clear, and Friday’s game will certainly be an intriguing battle, with Vancouver coming in from nearly four weeks off and RSL a week less. 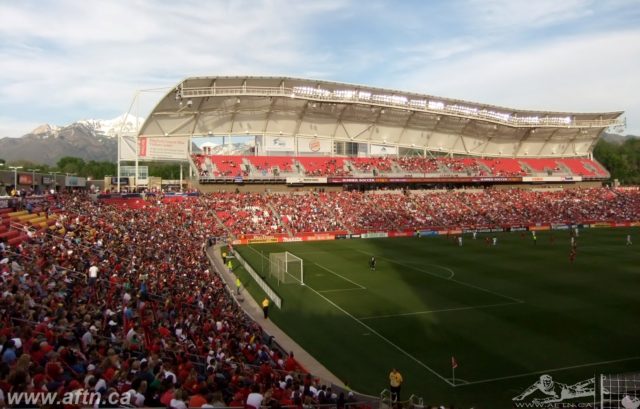 The break has also given both coaches a lot of time to watch game tape and scout their opposition. Dos Santos has been working on new formation possibilities, with the addition of striker Brian White and the continued absence of a number 10. Juarez has been trying to tighten up what he has.

“Just keep getting sharper,” Juarez said. “Integrate some guys, get some guys sharper, especially guys that weren’t playing. We got 6, 7 guys that got valuable minutes with the [Real] Monarchs. That was one of the priorities. Working on some scenarios during training. The mentality of being up a goal and how we can keep that lead or go ahead and get a second goal is something that we’ve worked on.

“Speed of play was another one in the last week that we’ve really been harping on. That we move the ball quicker, we bypass players. And those are going to be ongoing, everyday habits that we want to develop, but overall we had time to touch on a few things and try to get everyone better as a collective, but also individually.”

And for Juarez, he’s not taking the Whitecaps’ recent results as an indicator of what threat Vancouver pose to his side.

“It’s a good team, they create a lot of chances,” Juarez noted. “They haven’t been scoring a lot of goals, but I tell you what, it’s not from a lack of opportunities they’ve created. They have the players to score. Dangerous players.

“[Lucas] Cavallini is a handful. The wingers that they’ve got in, [Deiber] Caicedo and [Cristian] Dajome, they’ve very dangerous in the middle of the park, they’re very honest. They play a 4-2-3-1, a 4-3-3, it’s a good team. I’ve seen them grow with Marc. They always give us fits. We showed the scouting report of how they defend. We’ll show how they attack and what we need to tweak on our defending.

“What I shared with the guys is that every game, home or away, is tough in this league. We would be making a mistake if we treated Vancouver as an opponent that’s lesser than us. It’s a very good opponent. They started the league very well and then had a little bit of some results they probably wouldn’t [want], just like any team in the league. But there’s a lot of things they tend to do and do well. They’re very good at set pieces, which we’ve got to make sure we’re aware of as well.”