Portland just keep setting and raising the bar in their inaugural MLS season.

For 10,007 to turn up for a Reserve game shows the passion and enthusiasm for the sport down in the Rose City. 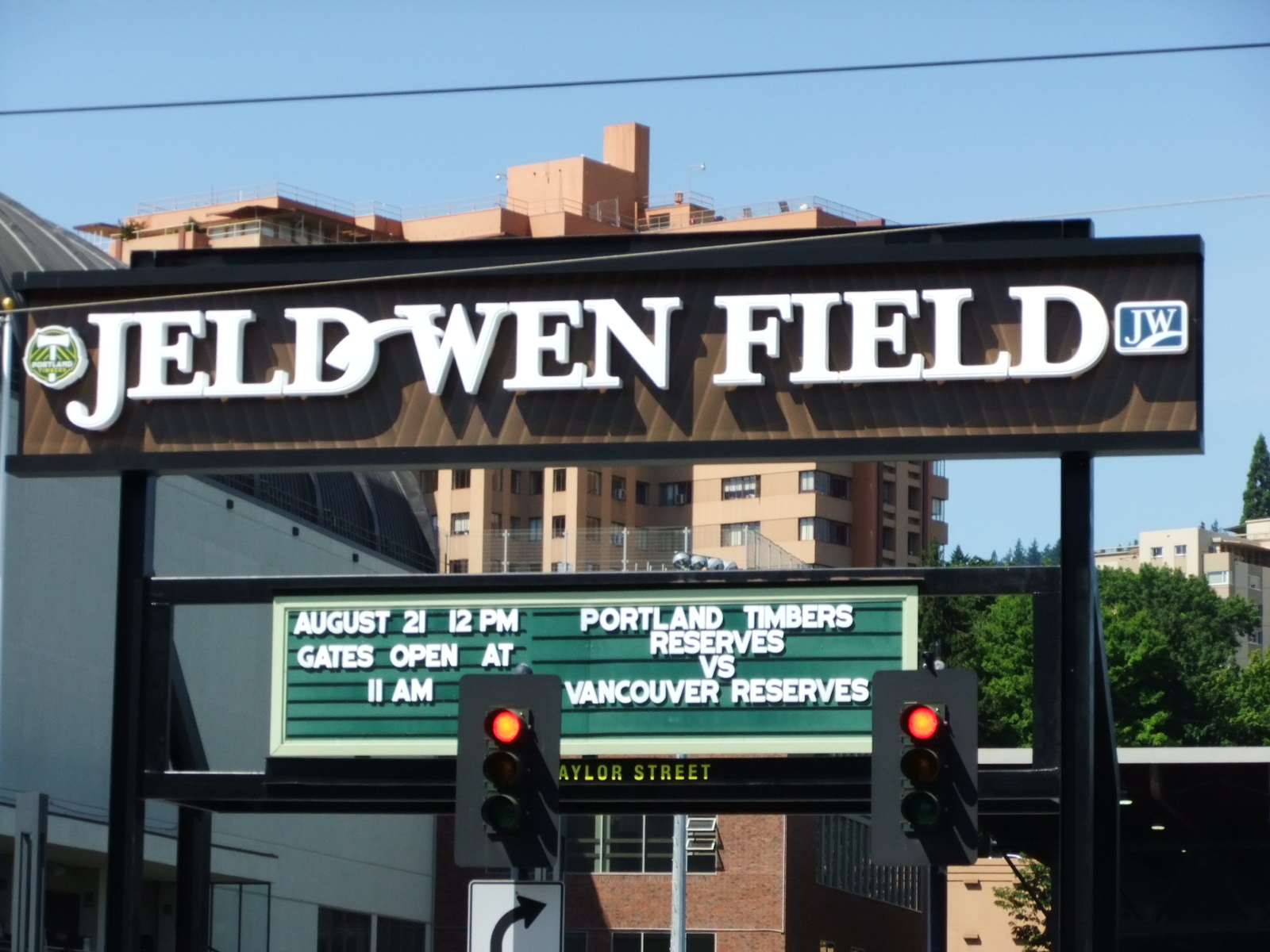 It’s quite remarkable. There’s a few MLS clubs that would love that attendance for regular first team MLS games.

It’s been a shame that the Whitecaps haven’t promoted the reserve games better this season. It’s as if they don’t actually want the fans to come out and watch them.

They’ve been entertaining and football supporters want to see their team, at whatever level that they can. Hell, there’s even a few of us talking of some epic January and February road trips down to California for the U18 and U16 games next season.

It also gives us the chance to see players coming back from injury, the fringe players that hope to soon hold down a first team place and young starlets that could break into the MLS squad like Ben Fisk and Caleb Clarke.

Most importantly, and this is what we saw in Portland, it gives the opportunity for families, especially those who cannot afford to come out to the more expensive regular season MLS games, a chance to go along and see the team and some of the players that they’ve been watching on TV.

It is from these experiences that young fans get hooked and become the vociferous Whitecaps supporters of tomorrow. That’s why the Canucks have their Superskills and Open Practice events. For many, that will be the only time they can get to see their beloved heroes.

I know I probably wouldn’t have been the football fan that I am today if my granddad hadn’t taken me to watch Glenrothes Juniors, my local Scottish non league team, when I was a young kid. It was a cheap day out and a chance for us to spend quality time together. I cherish those memories and love the game so much thanks to his early encouragement and enthusiasm.

From there, I advanced to watching East Fife home and away, when I was old enough to go on my own after my grandad had passed away. I was hooked. Gripped by the excitement and passion of watching live action.

Nothing beats the thrill of a live match over a televised affair.

Reserve games, and the Residency games, can get a similar young Caps fan truly excited about the team, and the game, and not drift into disillusionment where they go off and watch the Canucks and Lions instead.

One of the perks of having a press pass for this season, has been being able to get in to see the Whitecaps first two reserve games, which were played behind closed doors at Empire.

The reason given was that there could not be a quick enough turnaround of the facilities at Empire. 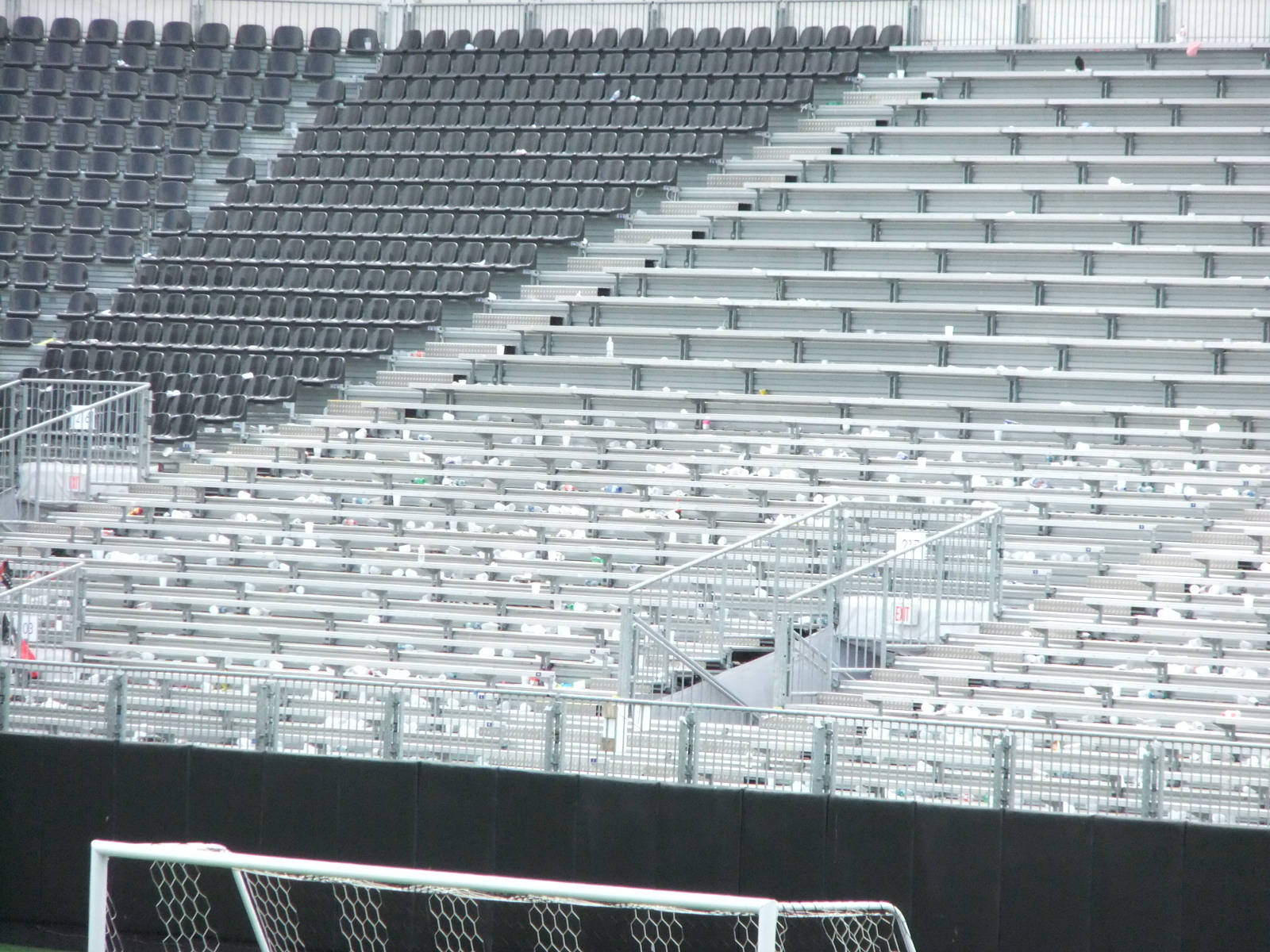 To be fair, the stands at Empire were covered with litter and being cleaned up as the games went on.

How did the Timbers manage to get Piggy Park looking immaculate in less than 15 hours turnaround time then?

Was it that Empire couldn’t be cleaned up in time, or that no-one wanted to pay any extra costs to make this happen, thinking the numbers that would turn up wouldn’t make it worthwhile?

It better not be the latter considering how much money has been fleeced out of the fans this season and how much has been brought in from a seemingly never ending supply of corporate sponsors.

Now I’m realistic enough to know that we’re not going to be getting 10,000 fans turning up in Vancouver to watch the reserves. I don’t think we have quite that level of passion for football here yet. We may even be lucky to get a tenth of that. Only crowds of around 5,000 turned out for D2 level football after all.

Tickets for the Timbers reserve game on Sunday were $10. There was also a Groupon deal on the go, and that brought in many.

When the Caps did open up one reserve game, against Seattle on August 9th, commendably it was free. They didn’t really seem to want that many heading along though, and after some initial confusion in Seattle that it was another closed door game, they came out and said that attendance was limited to 100.

They probably didn’t even reach that figure in the end. Some Sounders fans had taken the day off to head up but the confusion put an end to them travelling up all together.

The Caps final two home reserve games of the season are being played at Swangard (v San Jose on Sept 6th and v Portland on October 3rd – both with 11am kick-offs) and we don’t know yet what the attendance rules will be. Hopefully both games will be open to the public and some fans will turn up.

And this is where MLS can come in and make things more viable.

It’s great that they brought back the Reserve League this year. As we’ve said before, we need every chance possible for us to develop younger and fringe players. 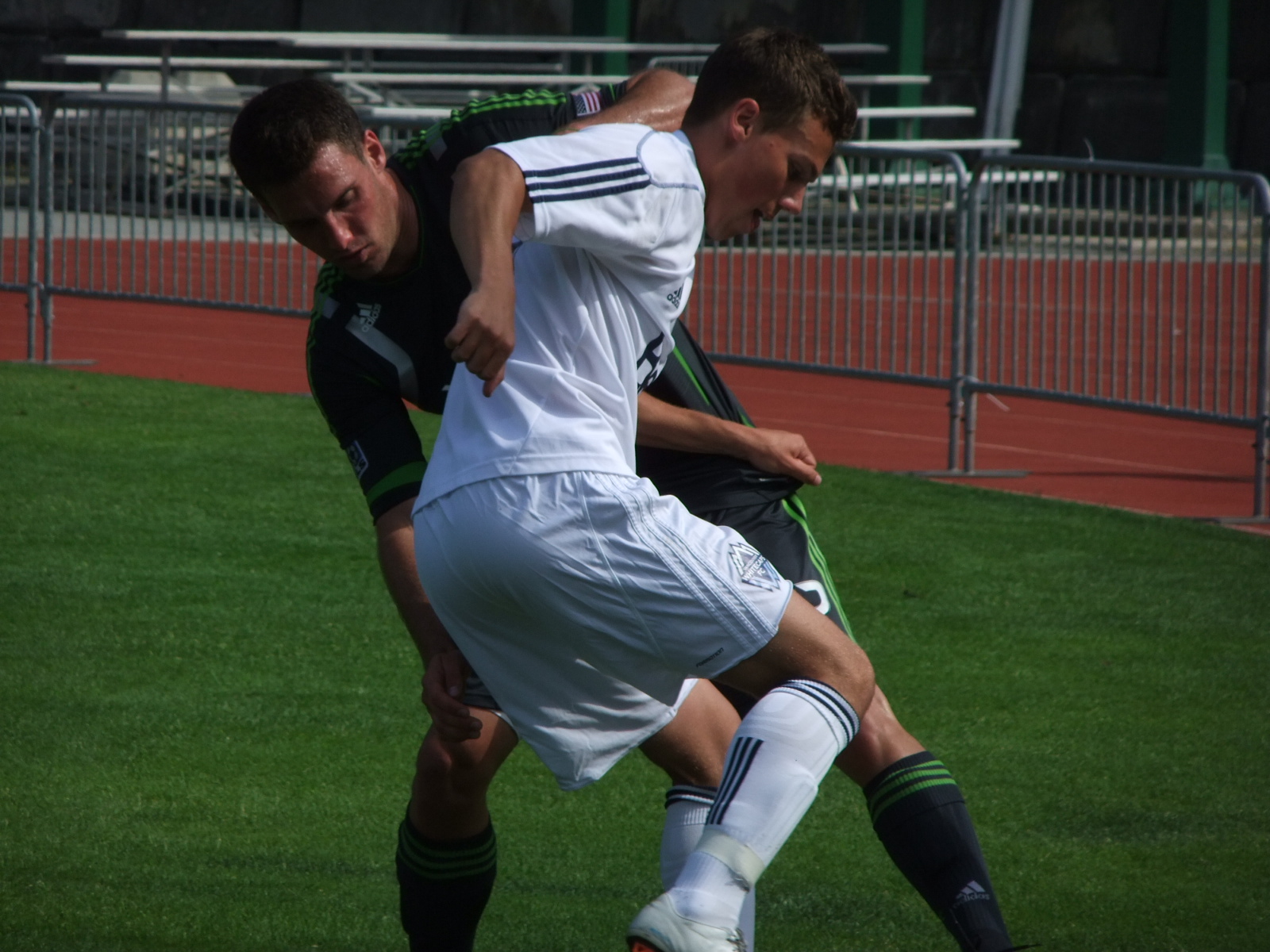 To see the likes of Ben Fisk and Caleb Clarke coming up from Residency, coming on as subs in the last two reserve games, and turning in impressive displays, gives a lot of hope for the Whitecaps future, in a season which hasn’t offered much.

But Major League Soccer needs to do more.

They need to make sure that games are played on weekends, on the back of the first team games, and insist that they are open to the public. No more ridiculous and costly midweek trips to California for the Caps.

Where games are between two geographically close teams that will have away support travelling, they need to be done as double headers, as they did in Portland at the weekend.

There’s only ten games they have to fit in over the course of the season. Shouldn’t take a super computer like Isaac Asimov’s The Machines. Although, more games would be desirable.

MLS needs to attract younger fans to their “product”. The new breed and future supporters of the League. Reserve games are an ideal way of encouraging this.

Let’s hope commonsense prevails. Although this is MLS we’re talking about…