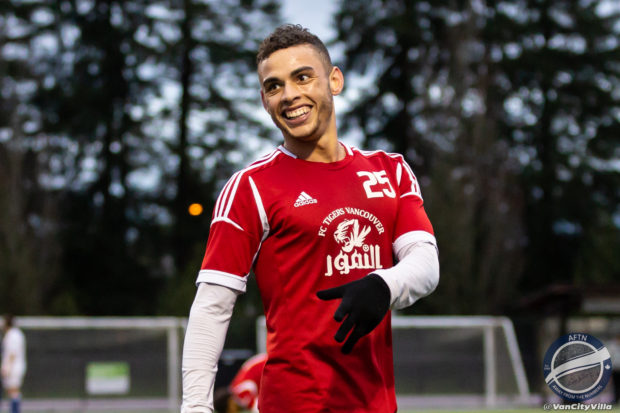 Club Inter EDC Burnaby dropped their first points of the new VMSL season after a hard fought draw with CCB LFC United on Friday, but the newly merged outfit remain atop of the Premier Division table four weeks into the new campaign.

Inter’s lead at the top of the standings in now down to just one point, with four teams now sitting bunched up right behind them as this year’s ultra-competitive VMSL season continues to bring the excitement, and the goals.

A gap between the top eight sides and the bottom four already seems to have established itself, with the battle for who will take the six Provincial Cup places and who will be fighting to avoid the two relegation spots already looking to be clear cut. Can someone go on a winning or losing run to shake this up? We’ll find out in the coming weeks. 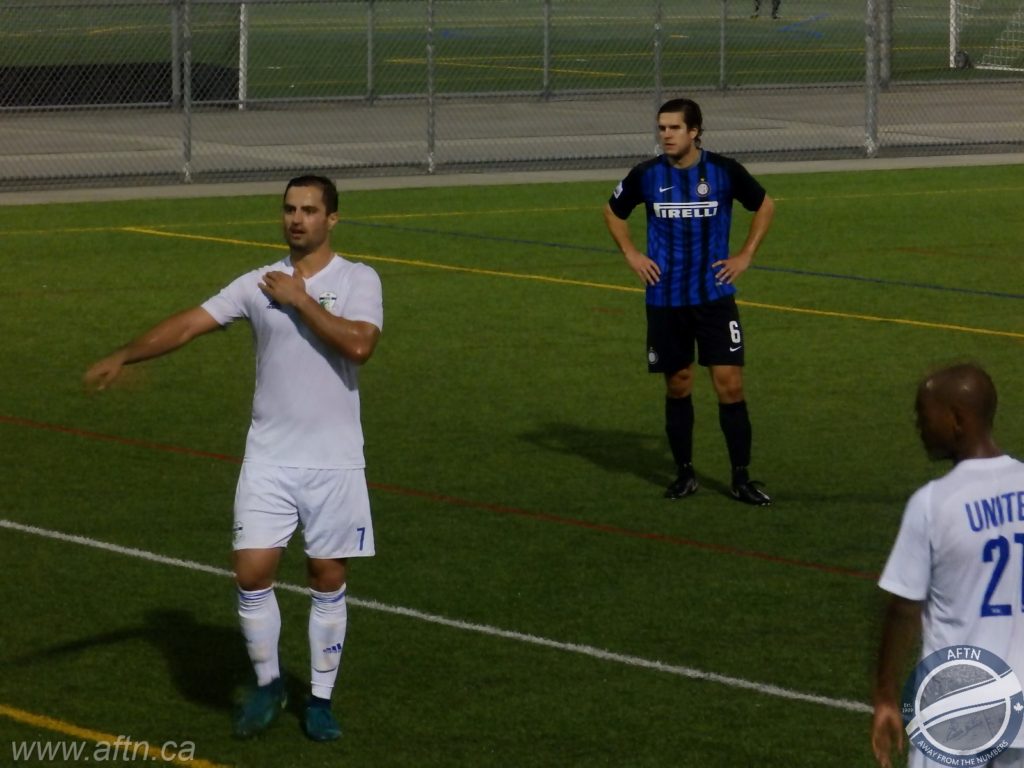 Inter and CCB played out an entertaining 1-1 draw at Burnaby Lake on Friday night, with the Surrey outfit shading the first half action and heading into the break with a narrow 1-0 lead thanks to a first time volley from the edge of the six yard box from former Inter talisman Milad Mehrabi about five minutes before the interval.

Inter pushed for the equaliser in the second half, and had the better of the chances, before Rizal Ganief grabbed his first of the season to tie things up and earn the league leaders a share of the points.

We caught the tail end of the first half and all of the second after our commentating duties up at UBC, managing to catch Mehrabi’s goal on video, but focusing issues means we unfortunately only caught Ganief’s equaliser hitting the back of the net and the subsequent celebrations. You can see what we did get though below!

Rino’s travelled to Coquitlam to take on Metro Ford Wolves, coming away with a stunning 5-0 victory thanks to a first half hat-trick from Declan Rodriguez (pictured in the main photo above). The Whitecaps Residency alumni added a fourth in the second half to take his goals total to the season to eight, putting him in the lead for this year’s Golden Boot. Alberto Cirac-Perez grabbed Rino’s other goal, and they could even afford to miss a first-half penalty in the rout.

BCT Rovers Tigers United warmed up for this week’s nationals in some style by demolishing Richmond Hibernian 7-0 at Minoru Park. Nick Soolsma led the way with a hat-trick, with Gagan Dosanjh grabbing a brace, and one apiece from Pavi Dhillon and Ryan Dhillon doing the damage.

BC Provincial Cup winners Rovers Tigers now head east to Saskatoon for this year’s Nationals, as they look to bring the Challenge Trophy back to BC for the first time since their Surrey rivals Pegasus won back in 2004.

Rovers Tigers will be in Group A alongside Western Halifax SC, Saskatoon Revolution, Fredericton Picaroons Reds, and Edmonton Scottish SC. The competition gets underway on Wednesday, with the final on Sunday. Select matches will be screened on Canada Soccer.

Croatia SC also find themselves on three points with three wins from their first four matches, the latest of them coming in a comfortable 3-0 victory over Campo Atletico at Burnaby Lake on Saturday afternoon. 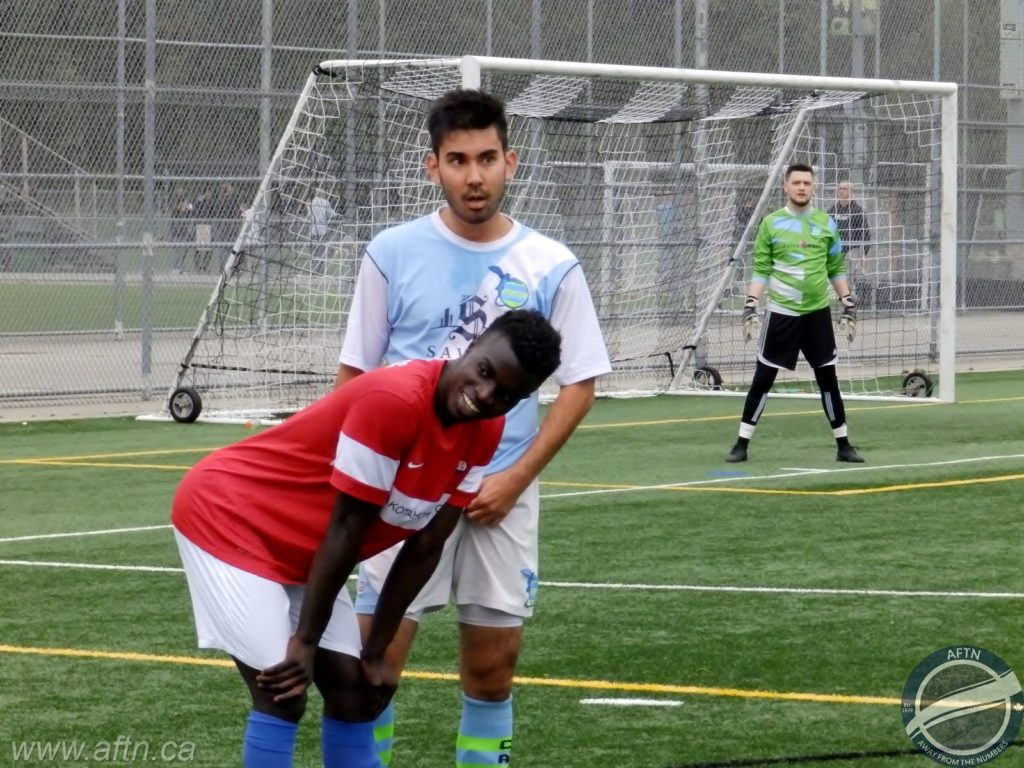 Croatia were in control of this match from the first to the last kick, and the scoreline could have been a lot more if they had their shootings boots on, after creating numerous chances on the counter as Campo tried to get themselves back into the match.

Sunny Pamma put Croatia ahead in the 27th minute, taking a touch inside the box to make room for himself to send one into the bottom left corner. Three minutes later and Joel Padmore (pictured above) was brought down in the box, with the speedster picking himself up to fire home from the spot and double Croatia’s advantage.

Johnny Sulentic made it three with a 71st minute free kick, and Campo had no answer for Croatia’s firepower, remaining rooted to the bottom of the table with no points and a goals against record already of -13. With only one goal to their name from their first four matches, and some key personnel from the last few seasons moving on, they badly need to add some striking prowess to their side if they are to avoid the drop this season.

Last year’s runaway Division 1 champions, NVFC Norvan, only lost one league match last season and they made it three straight wins with a 2-0 win at fellow promoted side Guildford FC at Newton on Saturday. A Colin McDonald effort and an own goal gave the North Vancouver lads the three points.

Like Campo, Guildford are still looking for their first point of the season in the top flight, and they’ll have to wait a bit longer with a bye week this weekend with Rovers Tigers being away at the nationals. 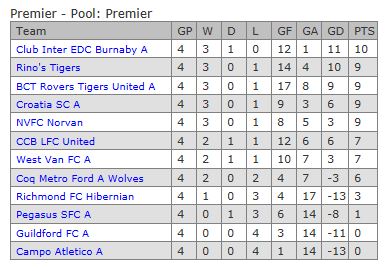 You can find all the results, standings, and fixtures for all the divisions as VMSLsoccer.com.