As we covered on Friday, next season’s MLS schedule has already become a hot topic amongst fans and pundits.

The debate between balanced and unbalanced schedules continues apace, with the pros and cons of both sides getting heavy discussion on internet message boards.

Many traditionalists see the balanced schedule, where each team plays each other once at home and once away, as the only way to go. AFTN falls into that category.

Proponents of the unbalanced regionalization of the schedule argue that with the addition of Montreal, there would be too many games and a balanced schedule would just not be possible with all the travel, expenses and games in other competitions.

Vancouver Southsiders Vice-President, Brett Graham, thinks otherwise and published a fourteen page draft paper at the weekend to show how easy it would be to make a balanced schedule in MLS work.

The paper illustrates how Major League Soccer can continue to maintain a balanced home and away schedule with nineteen teams and how travel can be reduced by optimizing trips between east coast teams and west coast teams.

The paper does not weigh up the benefits and disadvantages of either system, but simply tries to provide a model in which a balanced home and away schedule can be made possible.

Graham’s method selects 42 dates as MLS matchdays, whilst also taking into account CONCACAF Champions League matches and FIFA’s calendar for international competition, which has meant very little to MLS bigwigs in the past.

The plan keeps the Western and Eastern conferences and looks at all the finer workings of both inner and inter conference play.

It’s fascinating reading and shows that if the will is indeed there, MLS could make this work. But does such a will exist amongst those that matter?

Intrigued? Want to know more? Well you can read the whole draft version of the paper HERE. 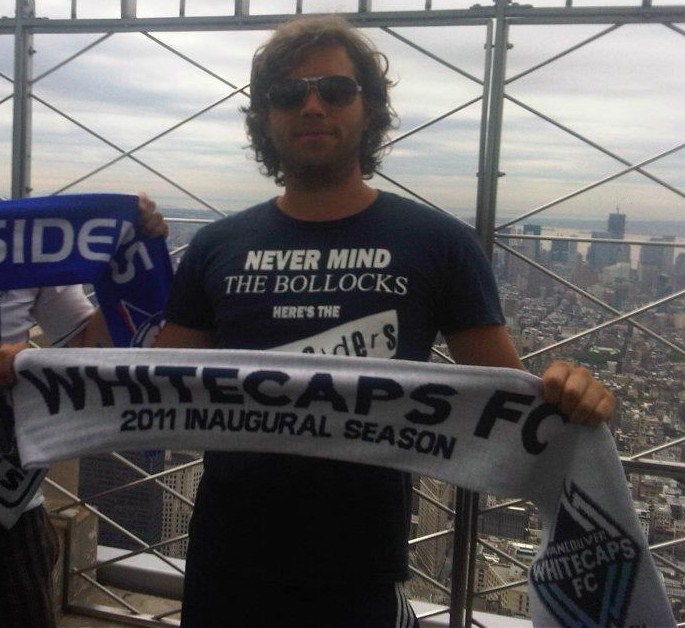 Graham gave some clarification to his model on the Southsiders forum:

”I avoided all the FIFA dates because I could. I understand that MLS doesn’t really care about them, but my paper is just a model, so for me it’s more ‘correct’ from a mathematical standpoint if they were avoided. I would expect the MLS to switch my cross conference dates to June 9th, 13th and 16th instead of what I have and possibly move the November 3rd date to June 2nd.

In the spring there will only be three MLS teams in the CONCACAF Champions League; however in August normally there are five. This would create a lot of constraints on the schedule. From the original paper I wrote in university about Round Robin Scheduling, the more constraints you add harder it is to create a schedule. That and they are Wednesday matches, which my schedule already arguably creates too many of.

As to that argument. In total there are nine cross conference midweek matchdays. The Eastern Conference and Western Conference Option 2 get four byes in those 24 matchdays. So the true number isn’t nine, but really seven and a half. So teams are looking at four midweek days from that and one more from the inner conference matches, for a total of five. The Sounders played that many midweek matches this season in regular season play.”

The midweek aspect of the plan is certainly one which could hit some stumbling blocks. A lot of clubs, MLS officials and fans aren’t keen on midweek play. Attendances are notoriously lower, as are television viewing figures. Some teams struggle to get much of a crowd in for the weekend matches as it is.

Personally, I love midweek games. Football under the lights has a magical feel about it and many of my best footballing memories are from midweek Cup games under the floodlights.

Apart from keeping the balanced schedule, the key finding of the report for me, which would go a certain way to appeasing those raising concerns about travel time and costs, is that by using the groupings modeled in the paper, all cross conference travel can be minimized to four trips for eastern teams and three for western ones.

Obviously it’s still not ideal, but no plan really is. Although the amount of time sitting at airports and on planes would be reduced, there would still be additional costs of hotels, travel between cities, food and general living and operating expenses.

For players there is also the added hardship of being away for longer periods from their families, which is a sacrifice many players would not be prepared to make.

What would be the main factor from moving away from a balanced schedule? Is it to really cut down travelling expense and time or is MLS trying to milk the derby games for every little drop possible? They are the must see games after all for those in attendance, as well as the viewers at home.

If it’s the former, Graham’s model gives an option for avoiding that.

Intrigued by Graham’s mathematical model, another Southsider, Chris Withers, produced a paper of his own to examine the travel of Vancouver Whitecaps during the 2011 season.

Withers’ paper compares the Caps travel last season to the travel under a proposed schedule using Graham’s model, to show potential cost savings that could be implemented while maintaining a balanced schedule.

As details on MLS travel are not readily available, Withers’ proposal makes certain assumptions involving such aspects as direct flights, layovers and actual time spent in away cities, but concludes that the Whitecaps could make a saving of over a third under Graham’s proposals.

Chris Withers’ paper on travel costs can be read in full HERE.

A lot of work has gone into producing these papers, but at the end of the day, no matter what various proposals may say, the desire has to be there at MLS headquarters for a balanced schedule and I’m not sure it is. I would also be very surprised if the decision on what next season will look like hasn’t already been made.

The success of all the derbies and rivalries in the last couple of years must have made the dollar signs in the eyes of some at MLS light up.

It would be interesting to see what Major League Soccer make of these papers. I know the hope is that they will be sent to MLS and someone will read them. What are your views on them?

As we said on Friday, next year’s schedule is an important decision for MLS’ future and we can only hope that they end up making the correct one to continue the growing success of the League and whatever it ends up being, it is done so for the right reasons.

Next Article
There are 11 comments for this article