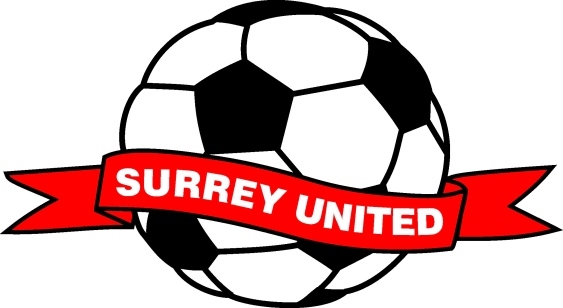 Surrey United Firefighters came through an epic penalty shoot-out with Saskatoon HUSA to clinch a spot in the Challenge Trophy final, where the BC side will face Gloucester Celtic from Ontario.

Surrey continue to do the province proud, battling past both the 2011 and 2012 Champions to reach Monday’s final.

Held since 1913, the Challenge Trophy is Canada’s national amateur cup. This year’s tournament is being held at Mainland Commons in Halifax, as part of the 100th anniversary of Soccer Nova Scotia celebrations, and is the 91st time that the trophy has been contested.

The trophy is competed for by Provincial/Territory Champions, sometimes along with a second team from the host province, with teams split into four groups of three in the initial stages this year.

British Columbia’s representatives were once again Surrey United Firefighters, who won back to back BC Provincial Cups with a 1-0 win over West Van in May.

The BC side are currently unbeaten in the new Vancouver Metro Soccer League (VMSL) season, sitting 5th in the league with a win and four draws from their five matches so far. With several players not able to get off work to make the trip, Surrey were forced to bring three 17 year olds with them and two of them, Bhavraj Saran and Karn Phagura have found the scoresheet so far, with Phagura also grabbing today’s match winning penalty.

In group D alongside the Manitoba and Prince Edward Island representatives, a Saran goal was enough for Surrey to open their campaign with a 1-0 win over Winnipeg Lions on Thursday.

Sherwood-Parkdale Rangers were next up on Friday and Liam Miller gave Surrey a 7th minute lead with a header, but the PEI side fought back to lead 2-1 before 17 year old Karn Phagura struck an 89th minute equaliser. The draw would have seen Surrey top the group but Rangers struck a 94th minute winner.

The loss meant that all three teams in the group finished level on points, with Surrey advancing in second place on goal difference. That gave them a tough game in the last eight against the defending champions, Royal-Select Beauport from Quebec.

Goals from Einarsson in the 19th minute and Justin Carvery in the 32nd gave Surrey a crucial two goal lead at the half and they withstood a lot of pressure from the Quebec side, and a 90th minute penalty, to clinch their spot in the semis with a 2-1 win.

After dispatching the 2012 Champs, Surrey faced the 2011 winners, Saskatoon HUSA in Sunday’s semi and what a match it turned out to be.

Saskatoon opened the scoring in the 44th minute before Colin Streckmann struck from just inside the box to tie it up at 1-1. Surrey keeper Andrew Fink came up with a huge acrobatic save in the 87th minute and with no extra time, the game went straight to a deciding penalty shootout.

It was an unbelievable shootout with great saves, cool heads, one of the worst penalties you will possibly ever see and a stream that died at the vital moments.

The shootout seemed like it was going to be a goalkeeping clinic after both teams five initial penalties, with Fink saving two and getting a hand on the two that HUSA scored, and Saskatoon keeper Jeff Dobchuk saving from Streckmann, Vince Stewart and Scott McEachern. It was up to Michael Veszi to try and secure a 3-2 win for Saskatoon and a place in the final, but he pulled his kick way wide and the shootout went to sudden death.

Former Whitecap Steve Kindel made it 3-2 to Surrey before Saskatoon tied it up. Then the CSA stream crashed and died before the decisive kicks! With everyone scrambling around to see what happened, the news finally came through that Surrey had won the shootout 4-3.

It was 17 year old Karn Phagura that scored the winner for Surrey, with Fink producing the match winning save from Abu Okonofua’s kick to see Surrey advance to face the Ontario champs.

The final between Surrey and Ottawa’s Gloucester Celtic will take place Monday and kicks off at 8am Pacific Time. The Firefighters will be looking to claim their fifth national title, having won the Challenge Trophy pre merger as Vancouver Firefighters in 1965, 1973, 1983 and 1990.

The game will be streamed live and you can watch it online HERE. A perfect way to kick off your Thanksgiving.