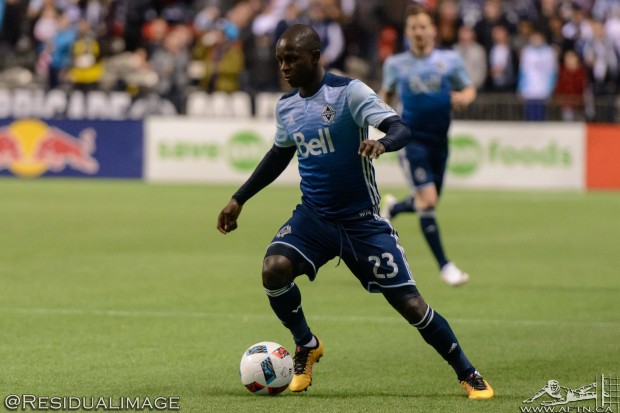 Kekuta Manneh has that ‘prospect’ tag hanging off him for the last couple of years now, but the only consistency he has found is the back of [Insert Sounders goalkeeper name here]’s net. He can be quite frustrating to watch: the fastest player on the park, but with the control of a hyper schoolchild and the shot of an old Nerf gun.

This season has been no different, while he has been defensively responsible on his left wing, and has had good combinations with Jordan Harvey, going forward he has offered close to nothing. His attitude and personality is such that he may never get onto the Naughty List for the coaches or fans, but will one of the most highly rated prospects we have fizzle out?

Football works in sequences. There isn’t really a point in making a plan of attack from the moment the goalie catches or kicks the ball to the moment where you bang it into the top corner, because, like life, things get in the way; namely, the other team.

Sequences are why teams do drills and have whiteboards with little magnets on them, and sequences are how you try to use what your team has to your advantage.

With the current Whitecaps 4-4-2 set up, what can be done to unleash our speed demon? The simple answer is to ask the other team to dress up in Sounders gear every week, but something tells me the MLS have a rule written on a receipt for Pinesol against doing that. The answer must lie in a tactical tweak.

The ‘Caps have a general rule so far in the 2016 season, counter attack down the left, build slowly down the right. It is a great idea in theory. We have the technical Bolanos and Morales on the right side of the midfield; they make triangles and try to release Rivero, Perez or Aird into space. It has led to the Bolanos and Kudo penalties and has looked the most promising form of attack going forward.

The left side is for counterattacking. Notice when David Ousted catches the ball he always looks to that left side for the early release. Mati Laba sits back in case Manneh gets caught out of position, and Manneh is free to run wild. His performance hasn’t been great, but with the right type of service, we could definitely see an improvement.

There is a ‘deer in headlights’ feeling when Manneh is in central positions. It feels like he gets lost and ultimately crowded out.

I see two sequences that should be tried. Both will look to isolate him to attack a single defender so that he can outpace them.

In the first, Manneh should hug the touchline when the ball is being passed around the opposite side. Relocating Manneh would stretch the pitch immensely, giving the opposition’s defence another thing to worry about. It is one of the advantages of the 4-4-2 system that the shape of the team can be quite wide without overextending.

The second is inspired by Blas Perez. When he won the second penalty against Seattle, he performed an inside out manoeuvre on Chad Marshall. This does depend on a perfectly weighted ball from Pedro Morales, but in the new 4-4-2, Pedro gets plenty of the ball, and his ability has never been in question. If Manneh could drift inside from his wing and carry out this when the ball is deep, it could be a game changer. He could be isolated one on one with his defender and then have a chance to beat the keeper. This play won’t always be there to do, but when it is, it could pay off in a big way. 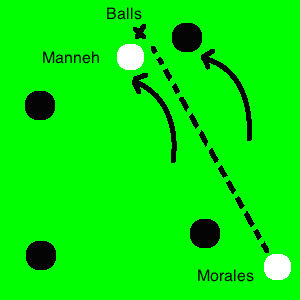 So how do you solve a problem like Kekuta? It is simply the case of needing to try something new with our beloved Gambian. He should and will be given the time under Robbo. But he needs to provide results by the end of it.