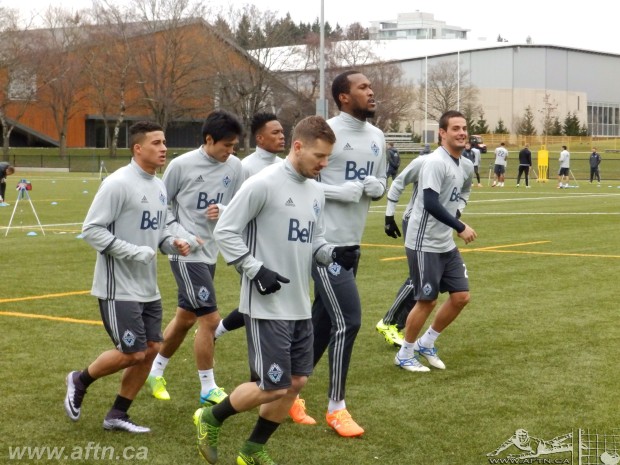 The offseason always seems like it lasts an eternity. The last two years must have felt even longer for Vancouver Whitecaps with the way their playoffs ended.

While 2014 brought that exit to a controversial penalty at Dallas, last year saw the ‘Caps best ever MLS season come to a sudden and shuddering halt with two lifeless, and scoreless, games against Portland.

Both seasons left the ‘Caps mulling over what could have been and itching to get back on to the pitch and get going once again.

Well after 11 long weeks, Vancouver’s players returned for preseason training on Friday for media day, before getting their medicals on Saturday and the dreaded physical testing on Monday.

There’s been some big name departures in Steven Beitashour and Mauro Rosales, with veteran midfielder Christian Bolaños and striker Masato Kudo the only two new additions so far.

But with that said, it’s a large roster for the ‘Caps training camp. There’s 42 players in total – 25 signed MLS players, 8 WFC2 players, 3 Residency prospects, 3 SuperDraft picks and 3 camp invitees. Many of those are getting given the eye over for the USL side, but with the promise of some more signings on the way, that a lot for Carl Robinson and his team to look at.

And the on pitch action all got underway yesterday with our favourite part of camp, and the players’ least favourite – physical testing day!

The players were split into two groups, with the core first team squad in group one and the others in group two. Sam Adekugbe, Marco Bustos and Kianz Froese all did their tests on Sunday before heading off to the Canadian national team camp. Darren Mattocks was flying in on Monday night after being delayed by the snow out east and Bolaños will join the group in Tucson.

Kekuta Manneh, Russell Teibert, Pa Modou Kah, Ben McKendry, and Spencer Richey were all doing separate injury rehab off to the side.

There was the usual sprint testing, jump testing and the dreaded beep test, and a lot more ball work and jogging this year than what we’ve seen in previous years.

Full results aren’t in yet, so I’m not sure who won the sprints, but from what I saw, it looked like Erik Hurtado won the jumping impressively and with ease, although Jordan Harvey accused him of flying and not jumping as he was flapping his arms around! When we spoke to Hurtado afterwards he said it was all down to “genetics”!

In the beep test, Christian Dean was very impressive winning the first group at level 22.2, seeing off the challenge of runner-up Nicolas Mezquida. Hurtado was third. All the players lasted a lot longer it felt than previous years, which was a good sign.

Dean looked like he could have gone on and was hardly out of breath, telling us as he jogged past that if he’d had Teibert there pacing him he could maybe have gone further. Pretty good for a big centre back!

And another centre back won the second group, with Jackson Farmer impressing for the second straight year to beat out his USL teammate Brett Levis with the day’s best score of 22.3. Victor Blasco was third and Chris Serban fourth. Interestingly all the final four were together at the top of the pitch, so there’s that pacing Dean was talking about.

It was Adekugbe who set the best record however on Sunday, recording level 23.

So it doesn’t look like fitness will be any issue again this season. Now if only they can work on less injuries and putting the ball in the back of the net.

Here’s a selection of our photos from Monday’s physical testing, with a full Flickr slideshow at the end. 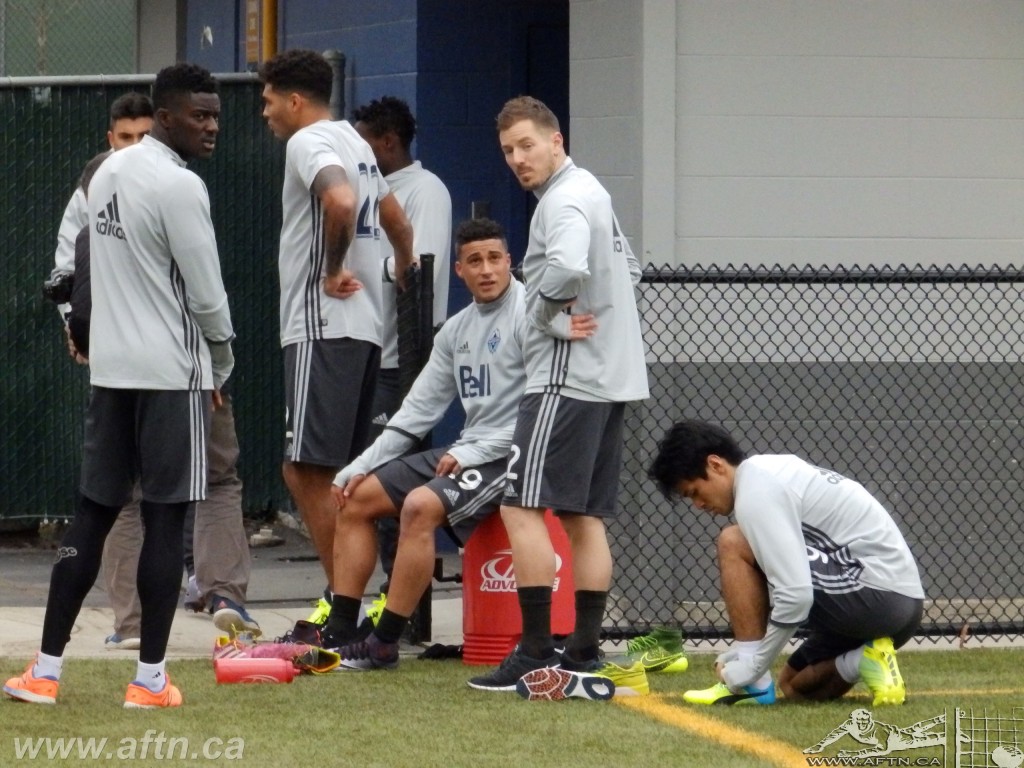 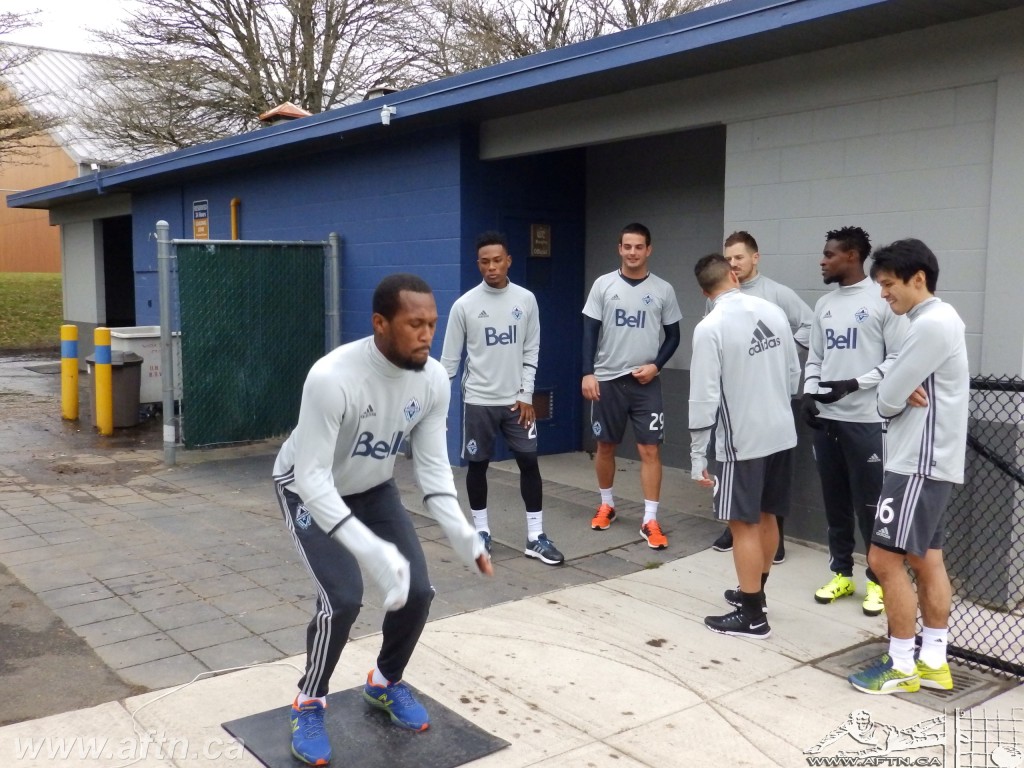 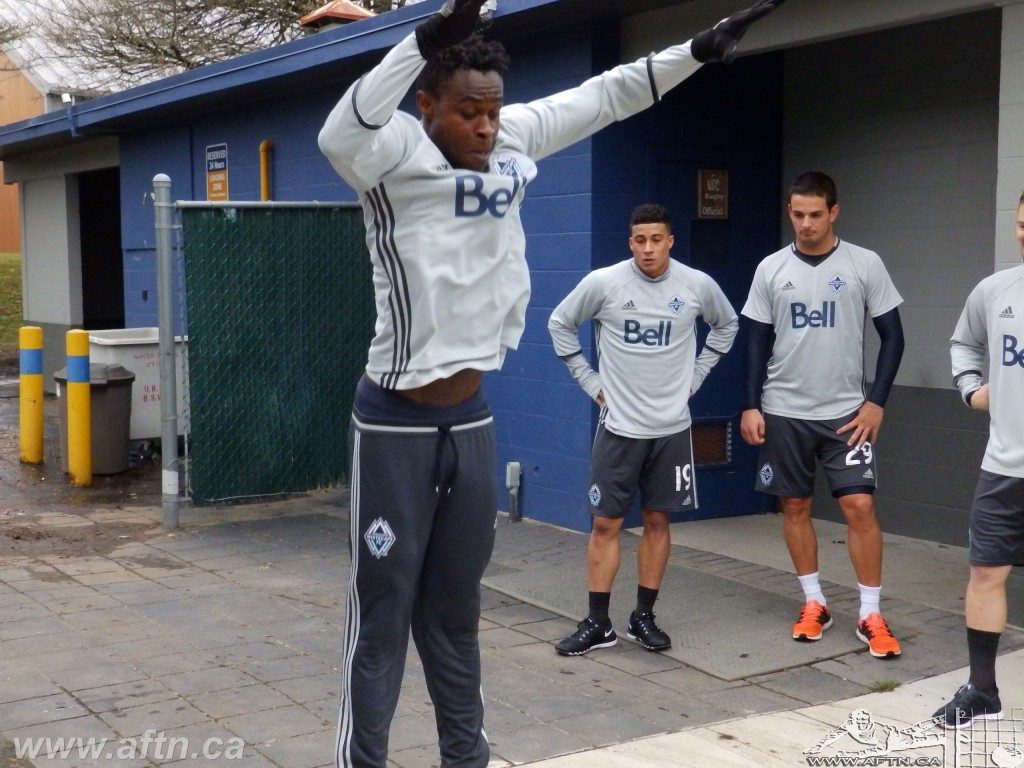 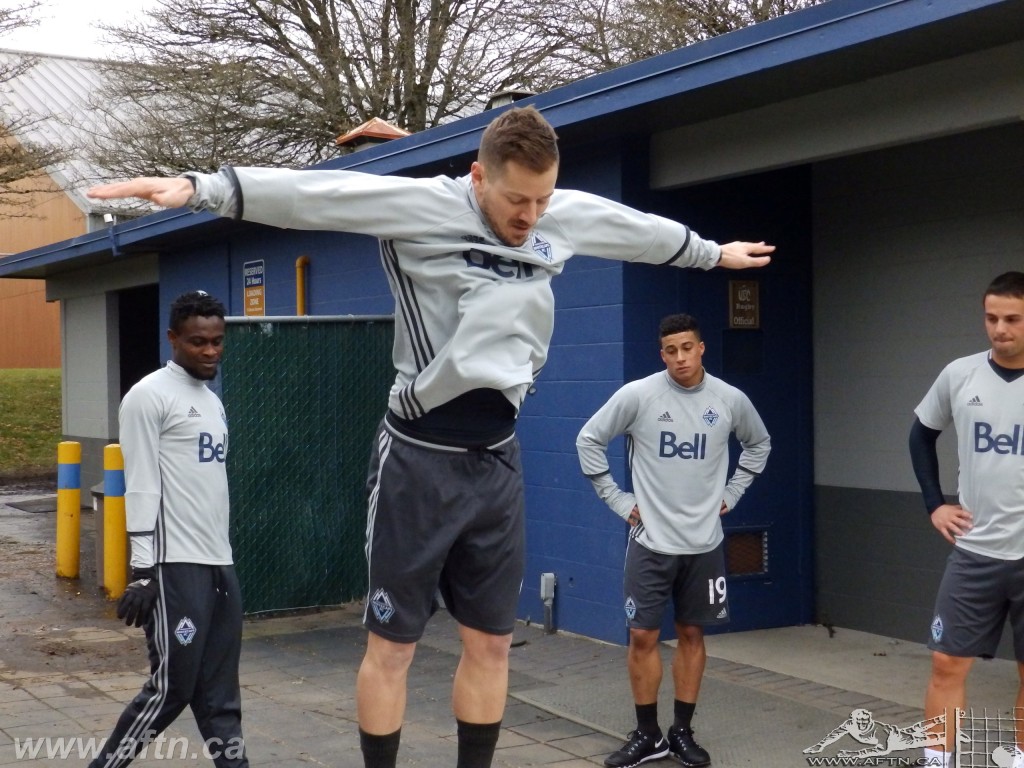 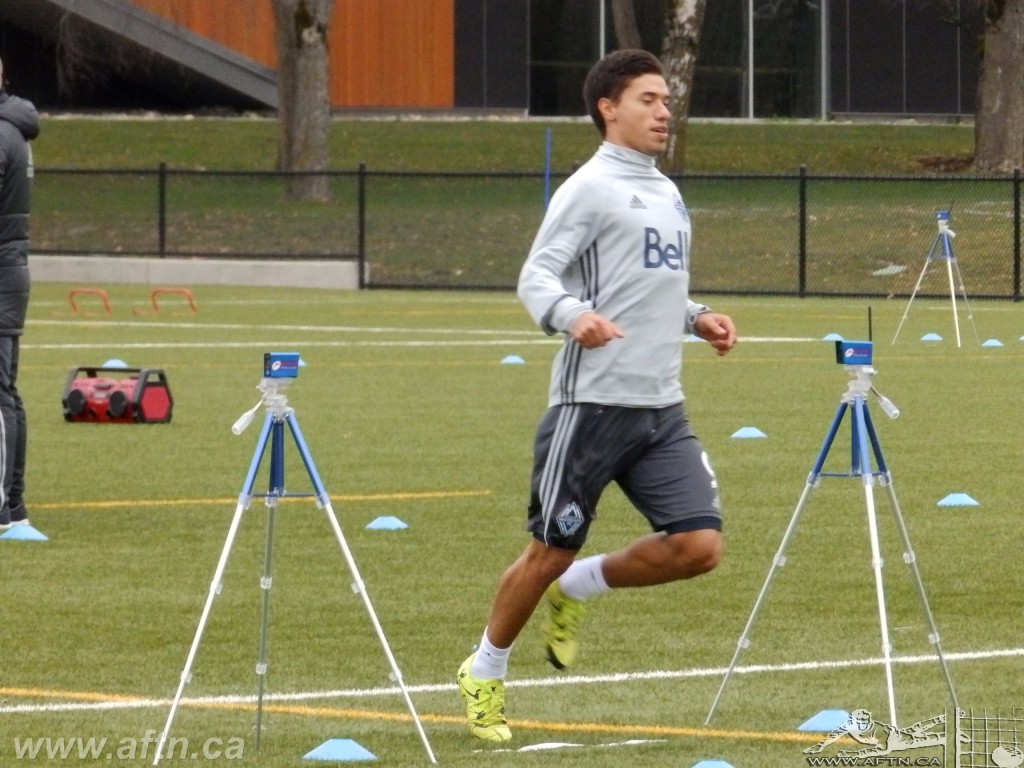 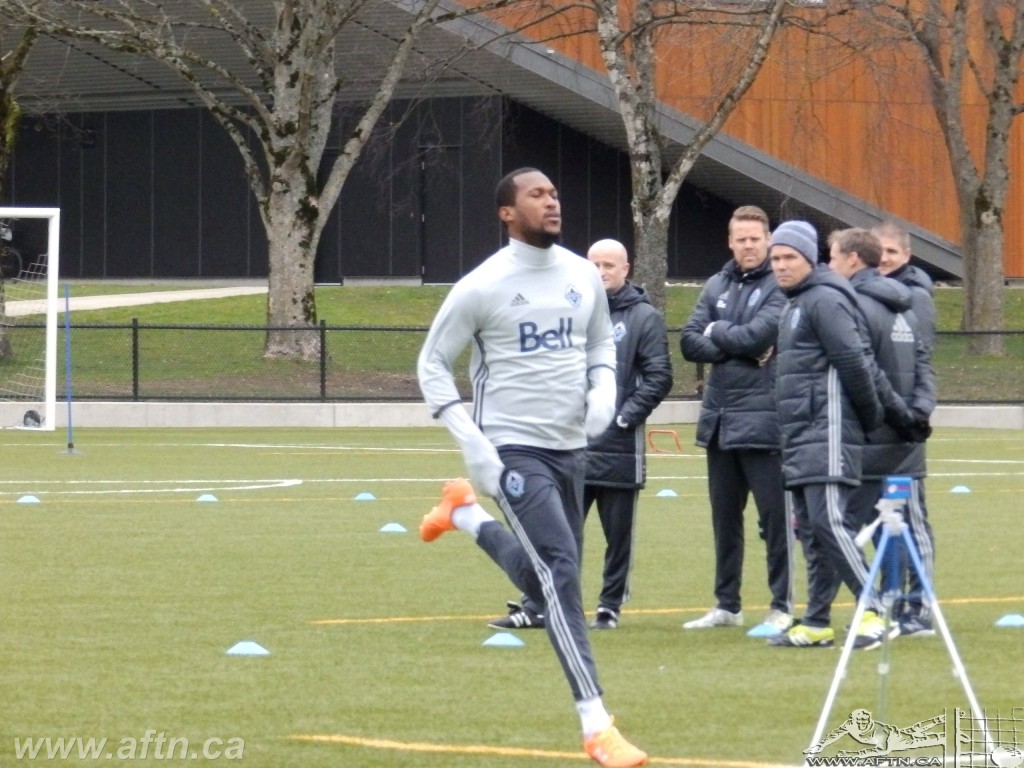 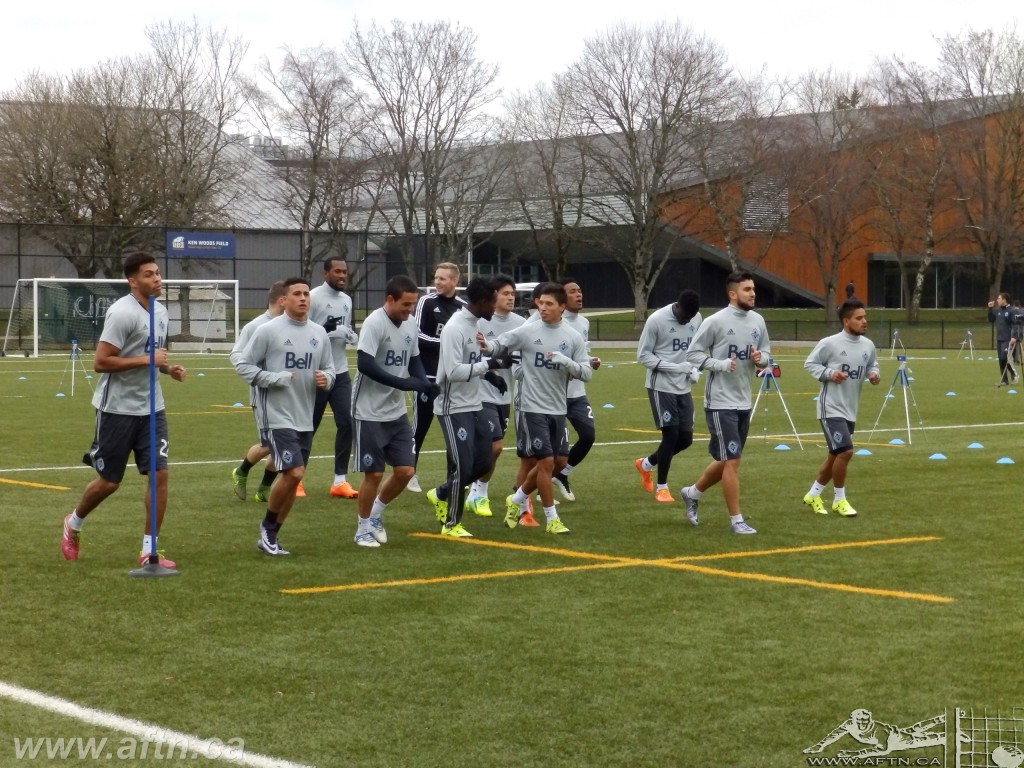 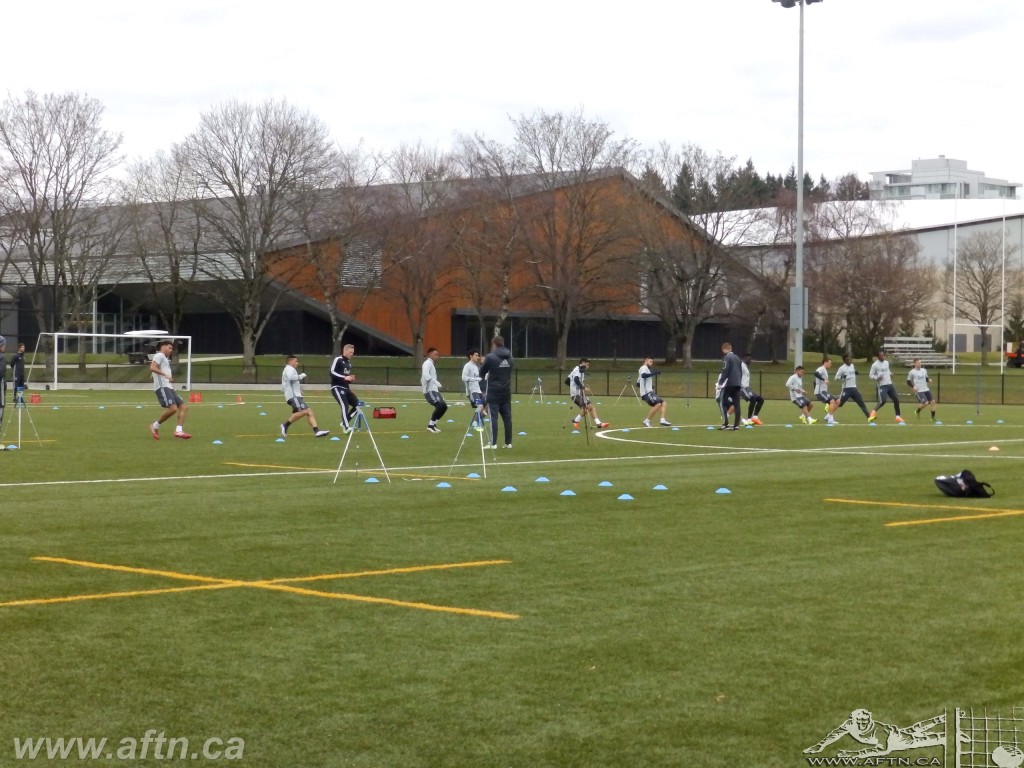 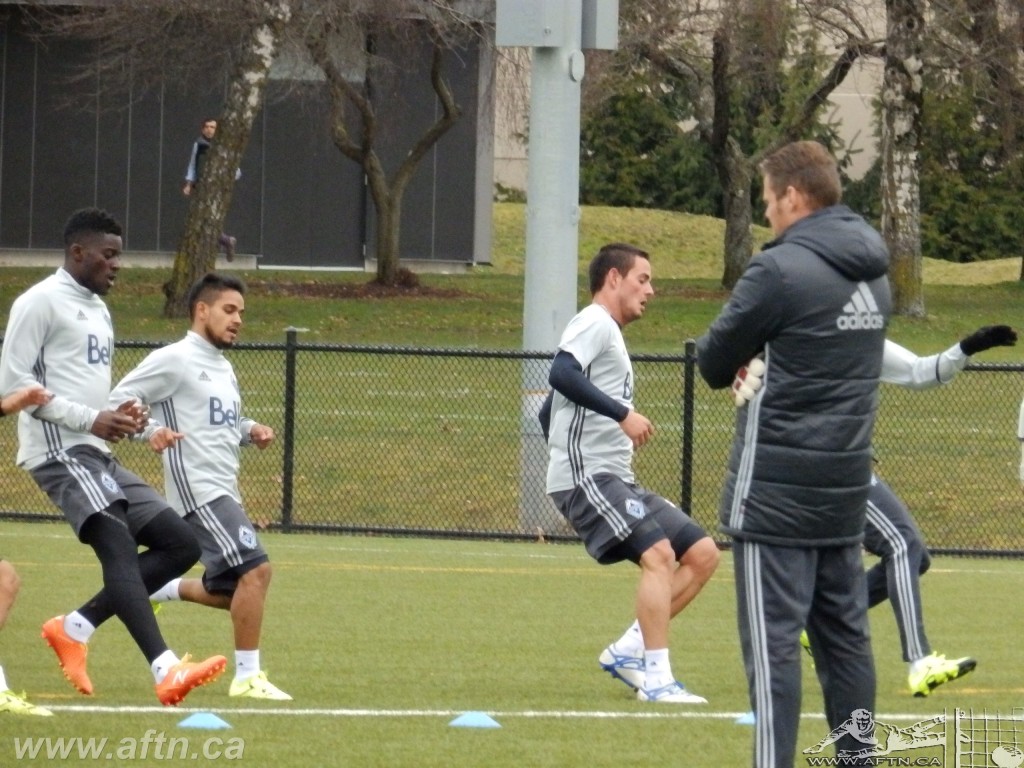 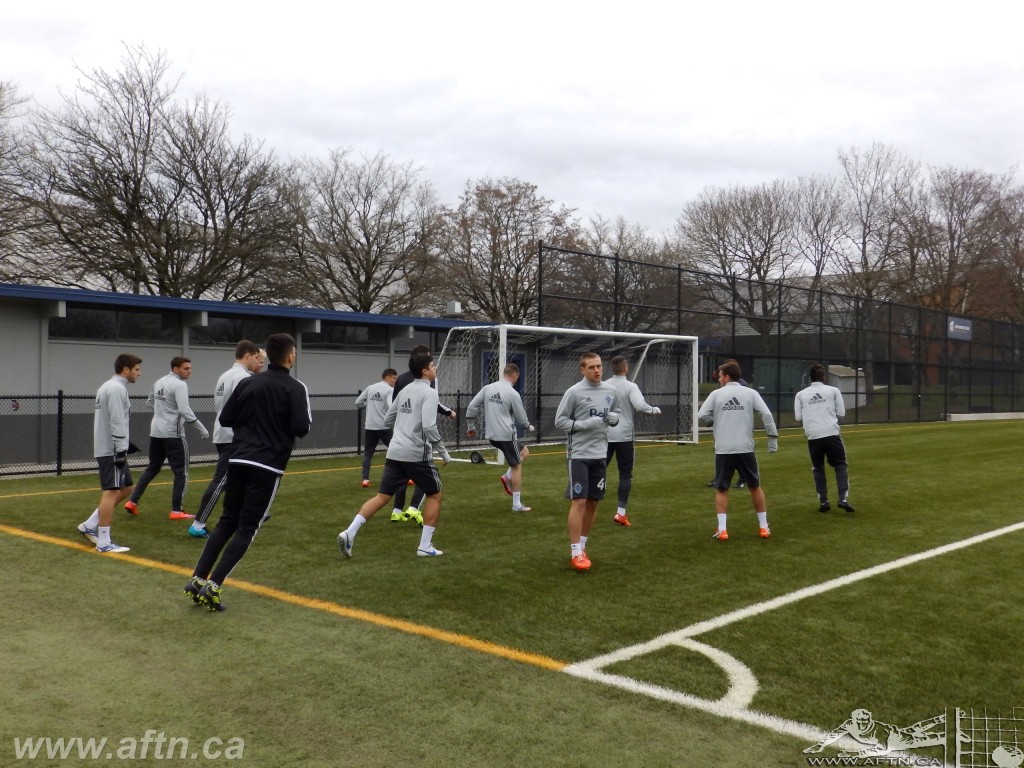 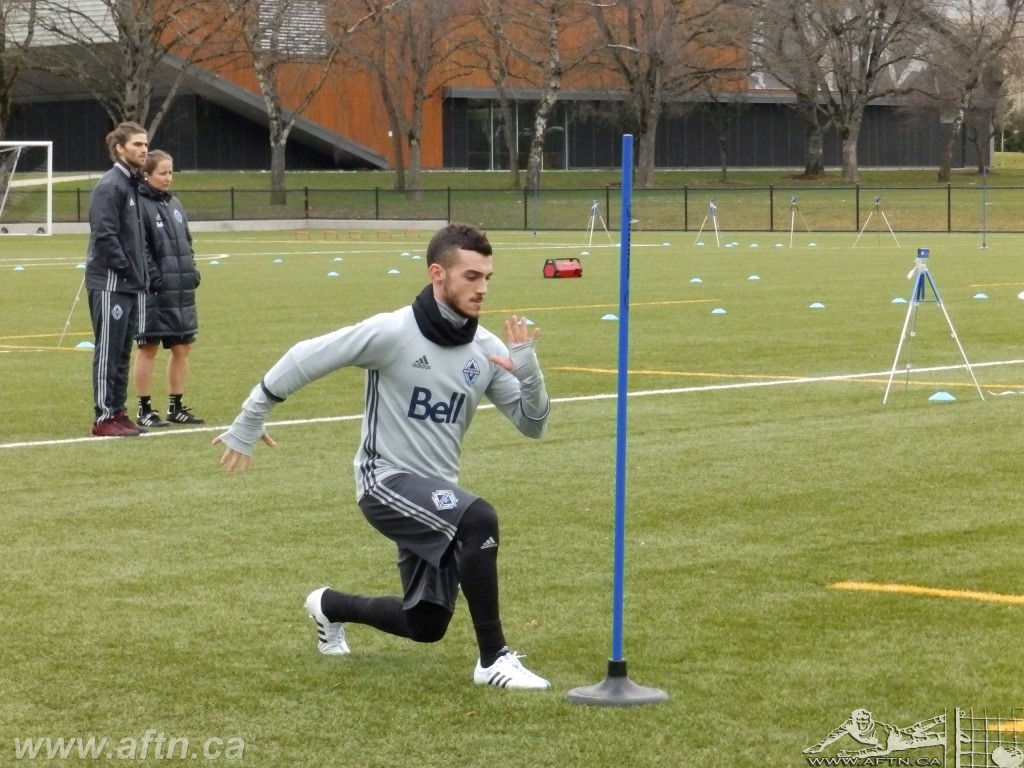 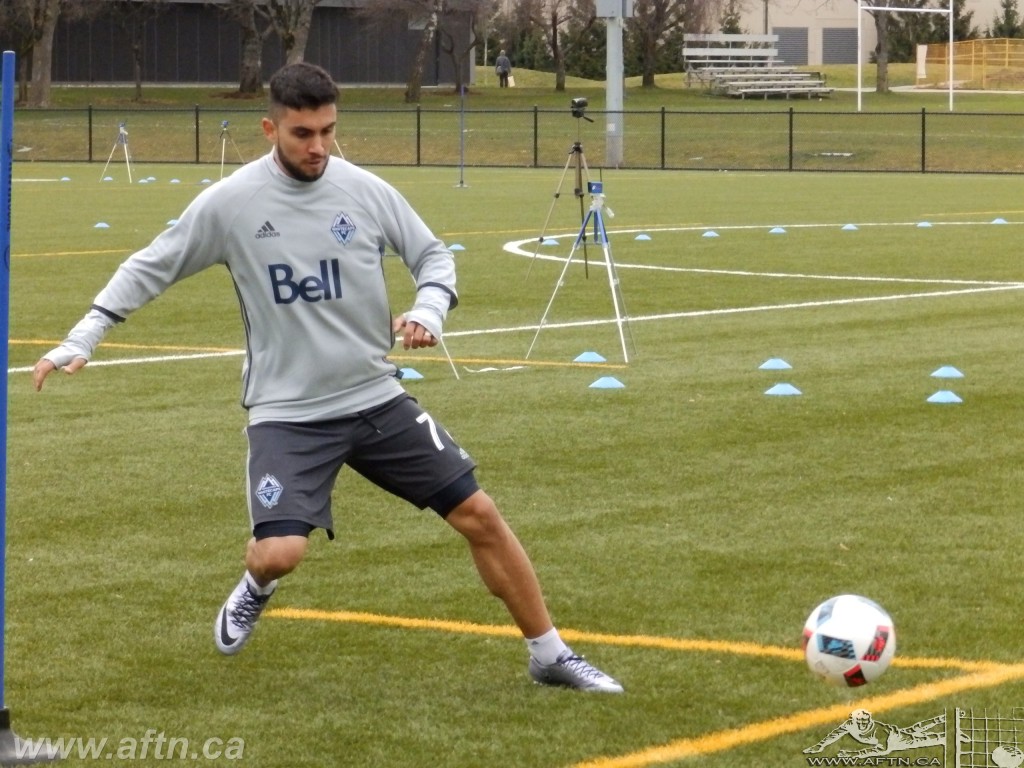 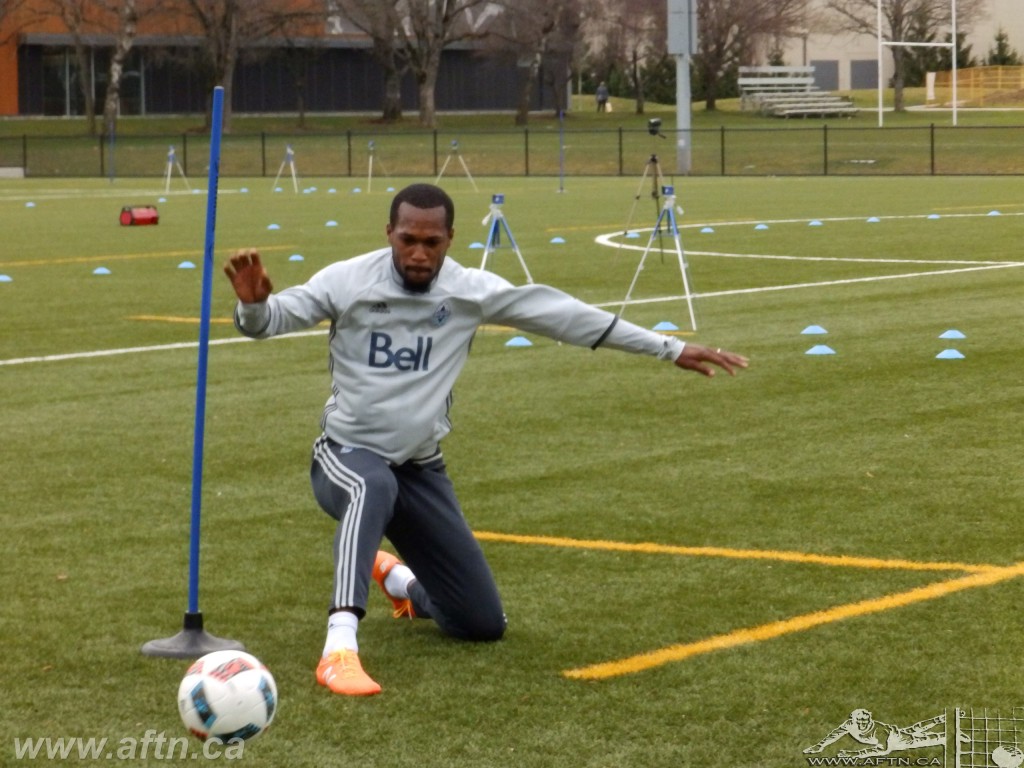 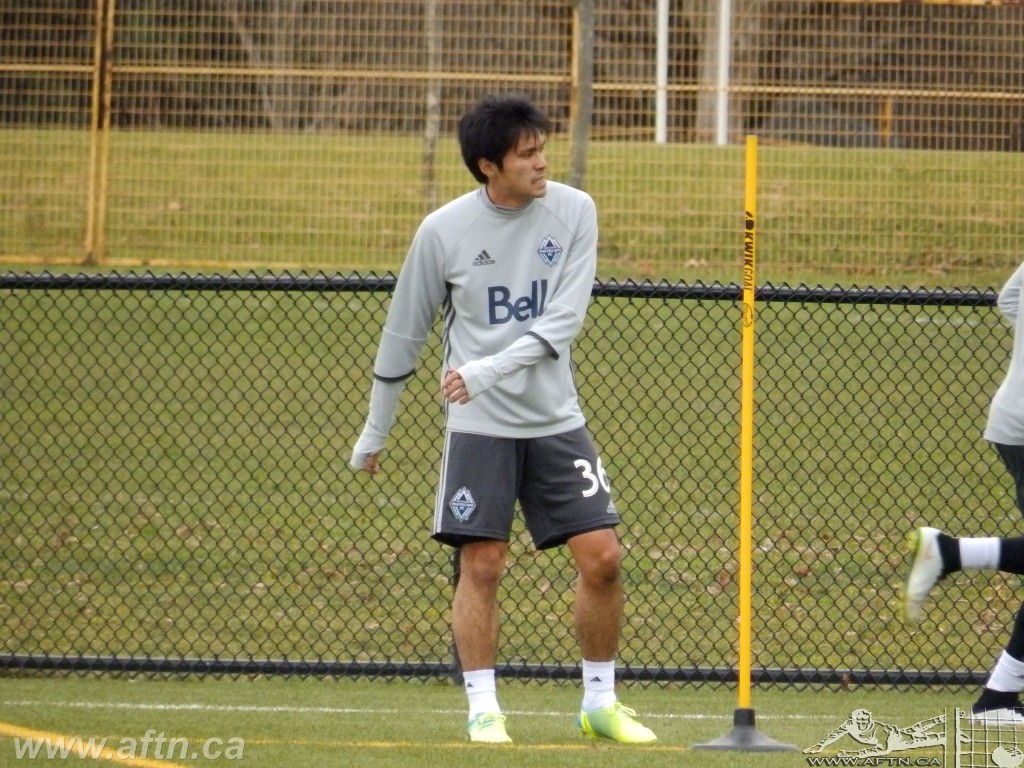 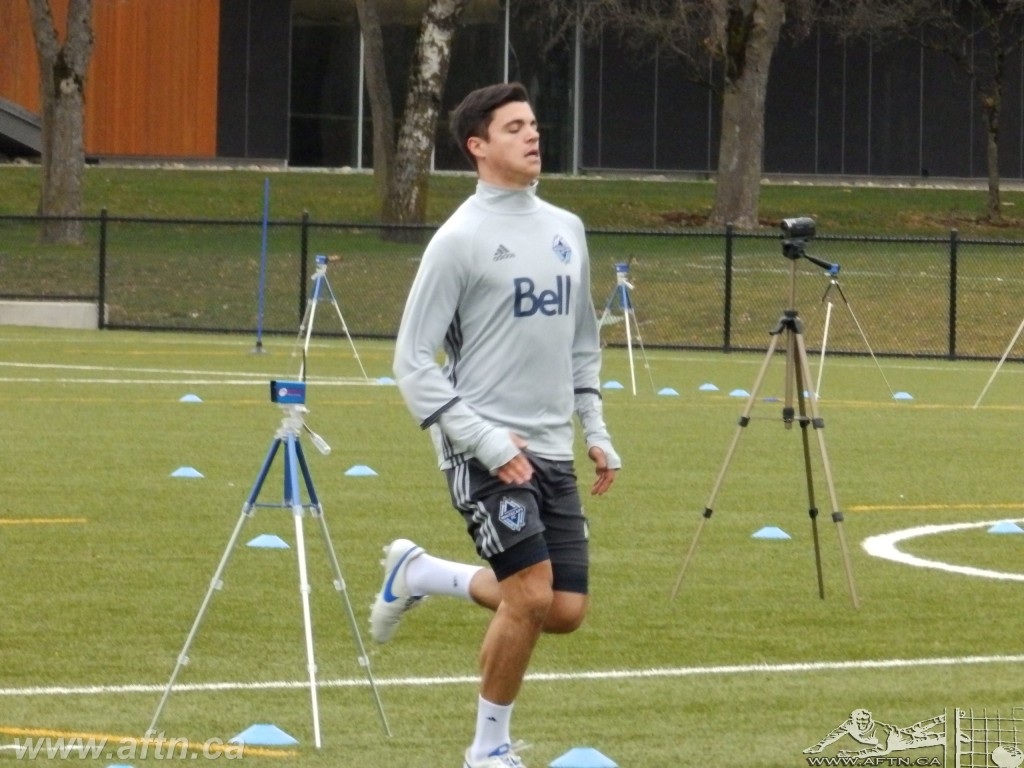 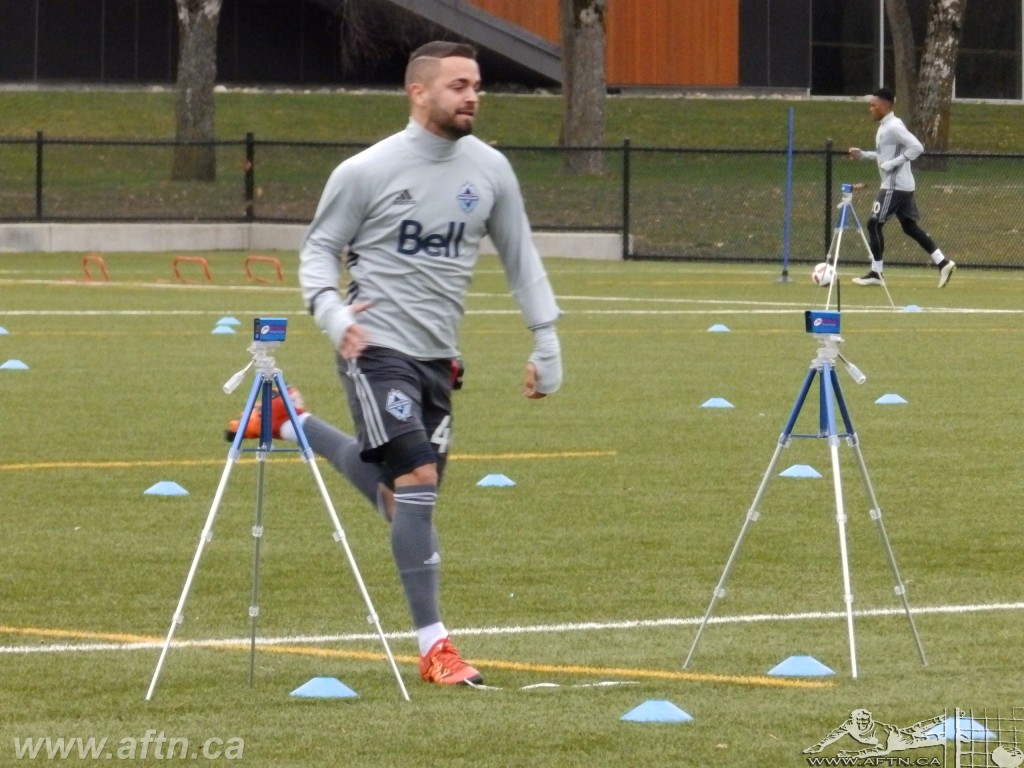 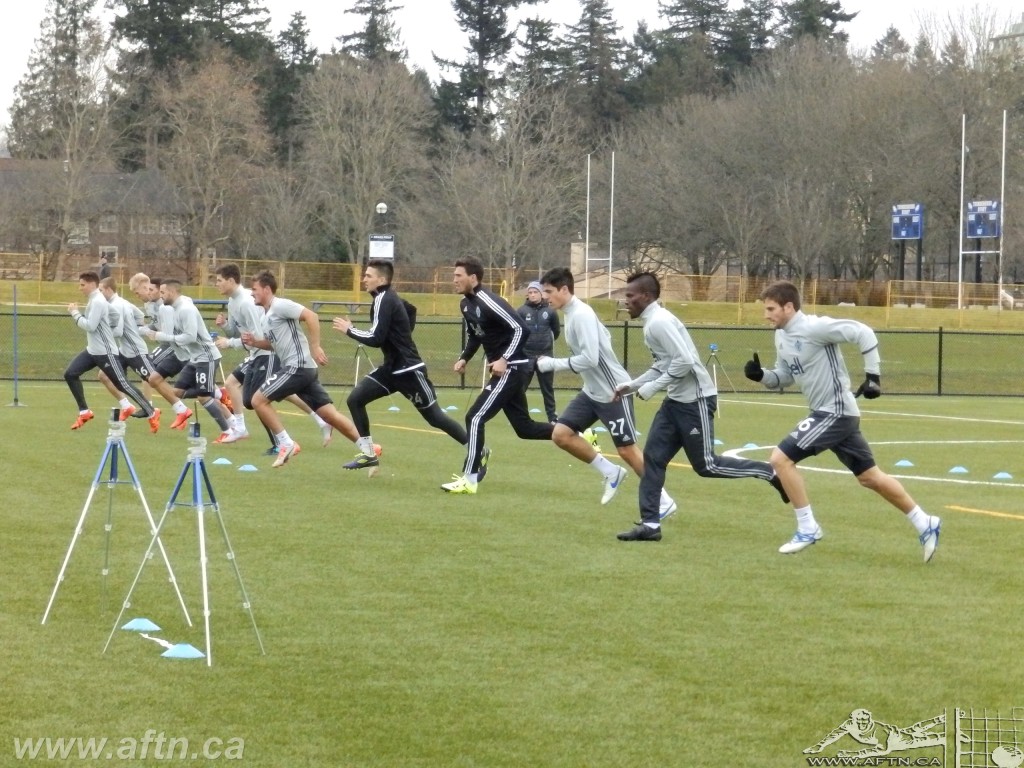 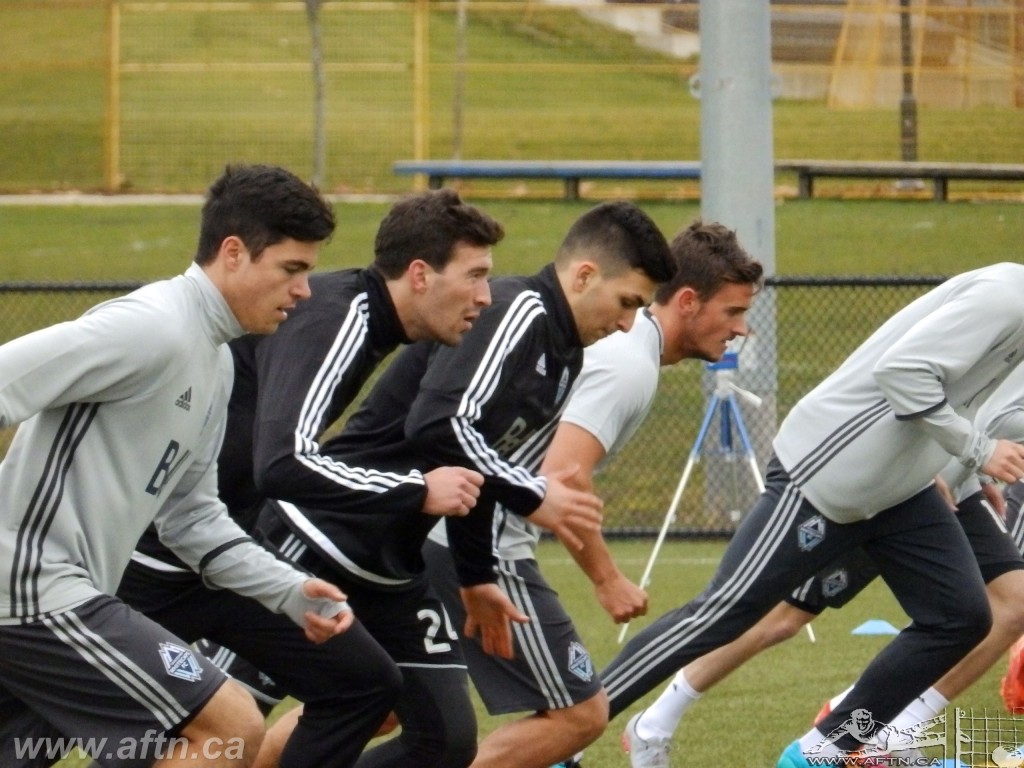 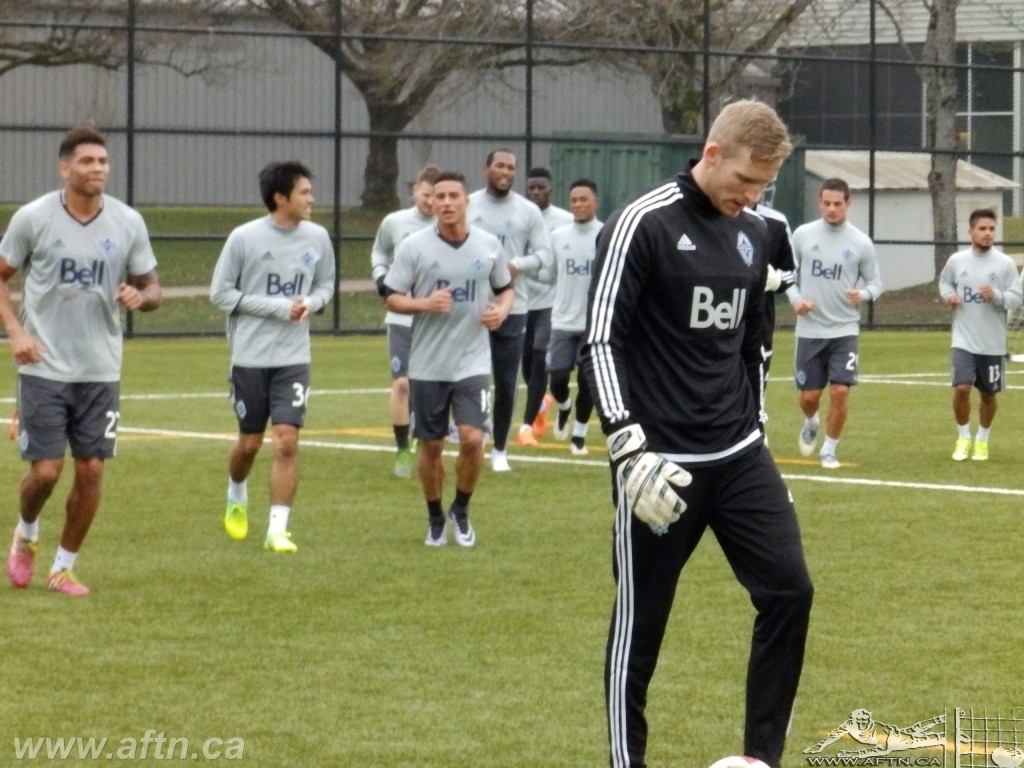