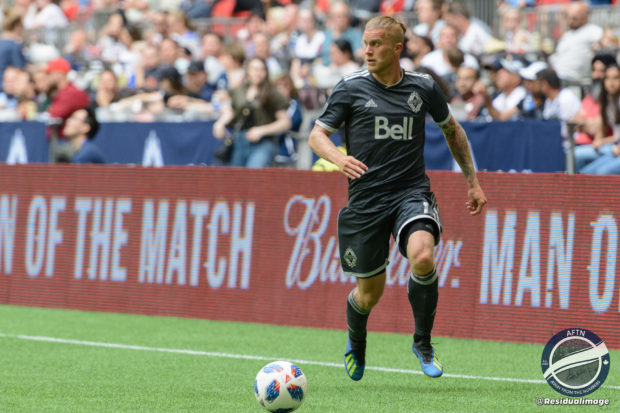 For many back in Spring 2017 when it was announced that Canada would have his own professional soccer league, there were serious expressions of concern about a league’s ability to fill up rosters given a Canadian quota. These concerns were in tune with the popular stereotype that not only are Canadians pretty rubbish at soccer, but there are hardly any Canadian soccer players out there anyway. “How you could possibly put together 23-25 man rosters for 6-10 teams of mostly Canadians that was anywhere near half decent?” I’m guilty of asking this question myself.

However here we are, only months away from the Canadian Premier League’s inaugural kick on April 27th in Hamilton, and rosters are coming along nicely. We’re beginning to get an idea of the approach and philosophies respective clubs and their front offices are using to building an inaugural roster. The level of quality has generally been what I assumed it would be, although there’s certainly room for improvement as we move closer to late April. Rosters have so far been made up mostly of young talents with potential: college and academy products.

We have seen a few of what I suppose you’d label ‘marquee players’ though. Nik Ledgerwood has traded his FC Edmonton colours for Calgary’s Cavalry FC, while Kyle Bekker has joined Hamilton’s Forge FC and Marcus Haber the island’s Pacific FC among others. These guys are closer to a level of quality more similar to MLS than USL, but with marquee players being quite scarce, the league has been shaping up to look a bit USL lite at the moment. That’s not a insult at all, particularly in an inaugural year, but it got me to thinking about how much of Canada’s quality talent pool has been left overlooked and untapped by CPL teams.

I did this a while back and the results were surprising, but I assumed the lack of activity was CPL teams couldn’t afford these players. Monday’s announcement from Vancouver Whitecaps made me question that. 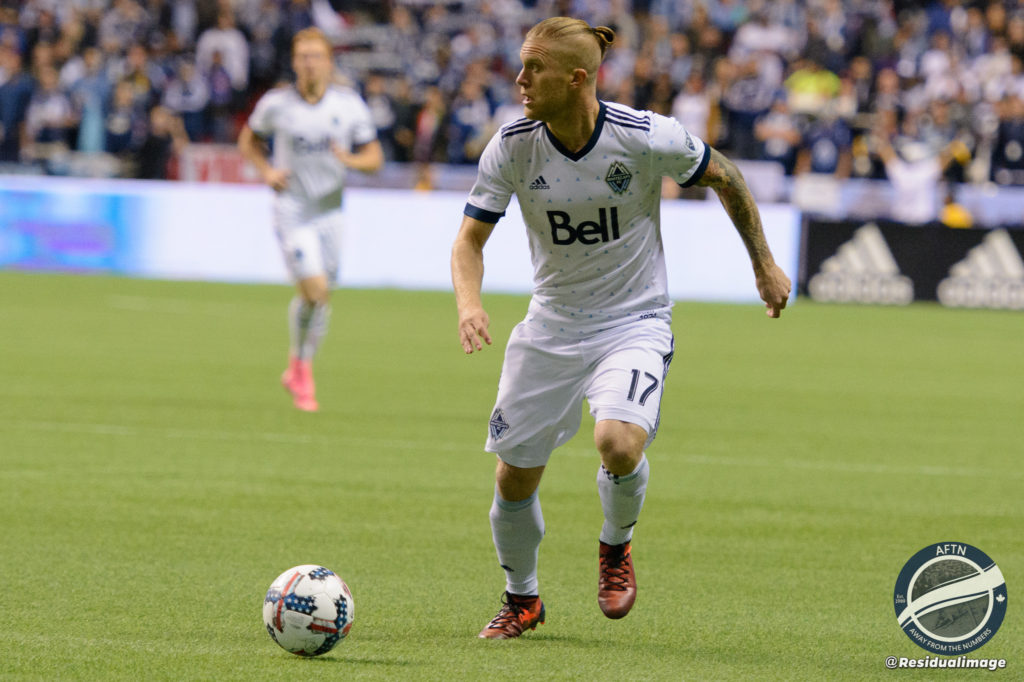 On Monday afternoon the Whitecaps announced that they had agreed to mutually part ways with Marcel de Jong, with the word on the street soon after that de Jong was in fact going to, or already had signed with, Pacific FC.

Maybe he’s taking a slight pay cut, but de Jong made $160,000 USD last year. If reports are true, either Pacific FC is putting a lot of their eggs in one Dutch-Canadian basket, or the salary cap isn’t as strict as we thought. Although it should be noted that the Whitecaps will keep some of his salary on their books for this season.

With that in mind I examine some of the Canadian talent that is either available on a free or would be reasonably feasible for CPL clubs to acquire ahead of the inaugural season. Players who have been in MLS a while like Will Johnson or recent draft picks like Taijon Buchanan have been left out, as their incentive to join CPL will hinge on their form and the interest within MLS.

On salaries in the 80k-100k range clubs won’t be able to pick up a lot of these guys, but spread out across the league it’d make for a healthy dose of quality. Of course until de Jong actually signs or we get an idea of his CPL salary this may all seem a bit pointless, but that’s the fun of blogging!

Born in Edmonton, Fernandes is a Canadian-Portuguese goalkeeper who’s played almost his entire career in Europe with two caps for the Portuguese National Team. He offers a lot of pedigree but he’s 35 now and currently a backup keeper in the Portuguese 2nd Division, with stints in the NASL in 2015 and 2016. He’d be a great guy to have in the locker room and help mentor young keepers before they’re ready to take over the number one job from him. With the hometown connection and young age of Powley and James, FC Edmonton should at least try.

Gomes is another Canadian-Portuguese keeper who’s spent his entire career in Europe. He’s been in pretty much every B-team squad of the LigaNOS, but hasn’t made the breakthrough to first team football. His contract expires this summer and as a Kitchener native, he’d be a great pickup for a club like Forge FC.

It’s beyond me why no CPL club has signed Roberts. Maybe he’s unannounced, but the Brampton native and former TFC keeper was once touted as the future Toronto FC goalkeeper. He’s spent most of his career in USL on loan from Toronto and a season in League 1 Ontario before moving to Los Angeles FC last season. He’s a free agent and has one cap for Canada. The Ontario teams would have seen him the most, but this guy is available and has massive potential so it’s almost a no brainer for anyone in my opinion.

A Vancouver native, Irving (pictured below) spent the past two seasons at Ottawa Fury racking up 34 appearances before becoming back up to current Whitecaps keeper Maxime Crépeau. He played every minute of Ottawa’s 2017 campaign, winning Newcomer and Supporters Player of the Year. Irving is a Whitecaps Residency graduate and has one cap for Canada. A free agent following Ottawa’s exodus this winter, Pacific FC would be smart to pit him against Village for the starter. 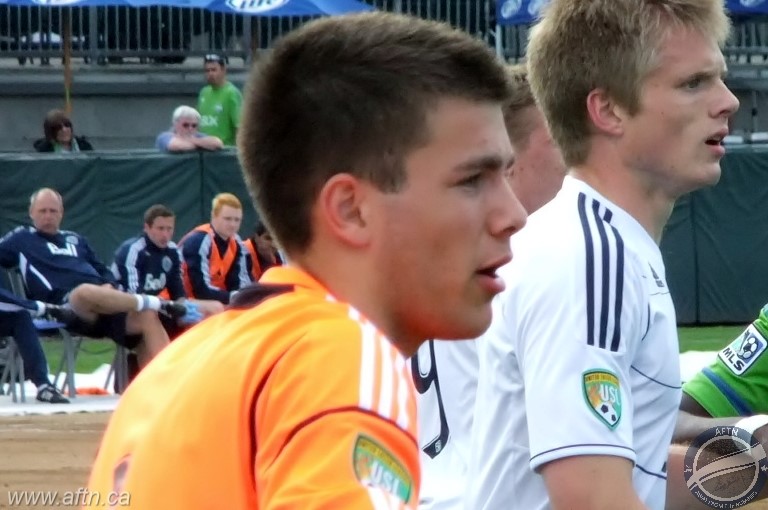 Easily one of the best former Canadian internationals a club could pickup, the Victoria native is currently plying his trade in the German 3rd division. Straith is only 28 and has played the majority of his career in Germany, with a lengthy stint in Norway with Fredrikstad and a brief spell with FC Edmonton in 2017. He has over 43 caps for Canada, and versatility to play both centre half and midfield. I know Pacific FC might go for De Jong, but Straith is debatably the best player the island has ever produced. I’d go all in for him and make him captain.

Part of one of the best lower soccer divisions stories I can remember, Trafford played for Miami FC from 2016 to 2019. Coached by Italian legend Alessandro Nesta, Trafford was the anchor of a team that dominated the NASL’s final 2017 season, and knocked out both Orlando and Atlanta in the US Open Cup. Born in Florida, he grew up in North Vancouver. With the NASL’s collapse leaving Miami in non-league football, he’s currently a free agent. It’s reported Cavalry are close to his signature, but he’d be a steal for any teams backline.

An ex-Rangers academy product, Gasparotto’s spent his entire career in Scotland playing briefly for Rangers but mostly bouncing around the Scottish Championship on loan. He’s only 23 with over 100 senior appearances. The York native is a free agent following his release from Greenock Morton. Could see him fitting into a lot of CPL clubs, he’d be a good addition and investment anywhere as a young centre half with a lot of potential.

With options in England reportedly cooling down, the former Whitecaps skipper (pictured below) could make a career resurgence in the CPL. Edgar’s career took a tough turn following the freak incident ahead of the 2017 season. He still has nearly 200 appearances in England and 42 appearances for Canada under his belt though. The Kitchener native would be both a leader and quality centre half for any CPL side. He’s been linked with Rob Gale’s Winnipeg. 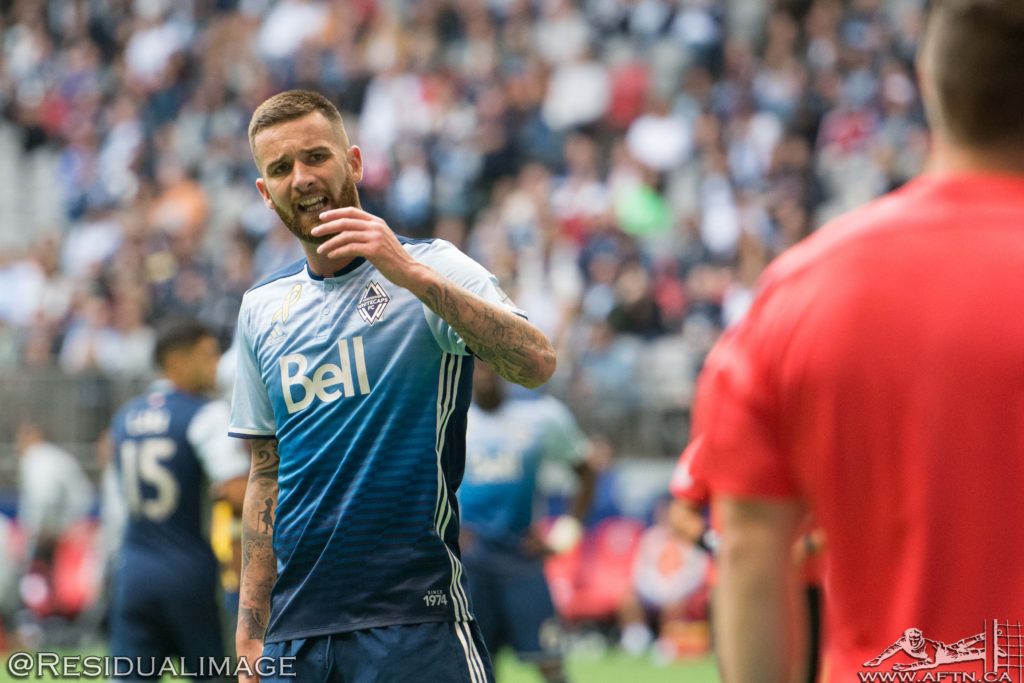 An Edmonton native and youth product, Shome is a central midfielder currently with Montreal Impact. He’s only 21 but has had very limited appearances for the Impact (only six), falling behind both Krolicki and Azira in the pecking order under Rémi Garde. Montreal has an affiliation with Ottawa, but a loan fee might be enough to secure his signature.

Born in New York but moving to BC at a young age, Whitecaps academy graduate Stanese has played his whole pro career in the lower divisions of Germany. He recently moved on a free to Energie Cottbus in 3. Liga. They’re near the relegation zone, but however they fare, a decent contract offer to bring him close to friends and family might tempt him back to Canada.

Currently with Inverness Caledonian Thistle in the Scottish Championship, the Calgary native has also played in Romania, Finland, and Poland. He’s a central midfielder and in the prime of his career at 26. He’s getting steady minutes even if it is in a second division, so luring him back might be tough. But he’s be a quality number six and would be worth the effort of trying.

Laryea is a Sigma FC product hailing from Toronto. He’s played for Orlando since 2016 after being drafted 7th overall, seeing 21 senior appearances and 35 with the USL side. He’s a versatile midfielder who can play both attacking mid and as a winger. It was rumoured that Toronto FC would pick him up as he’d been training with them this winter, but if that doesn’t go through, he’d be make a cheap and quality number 10 for someone. 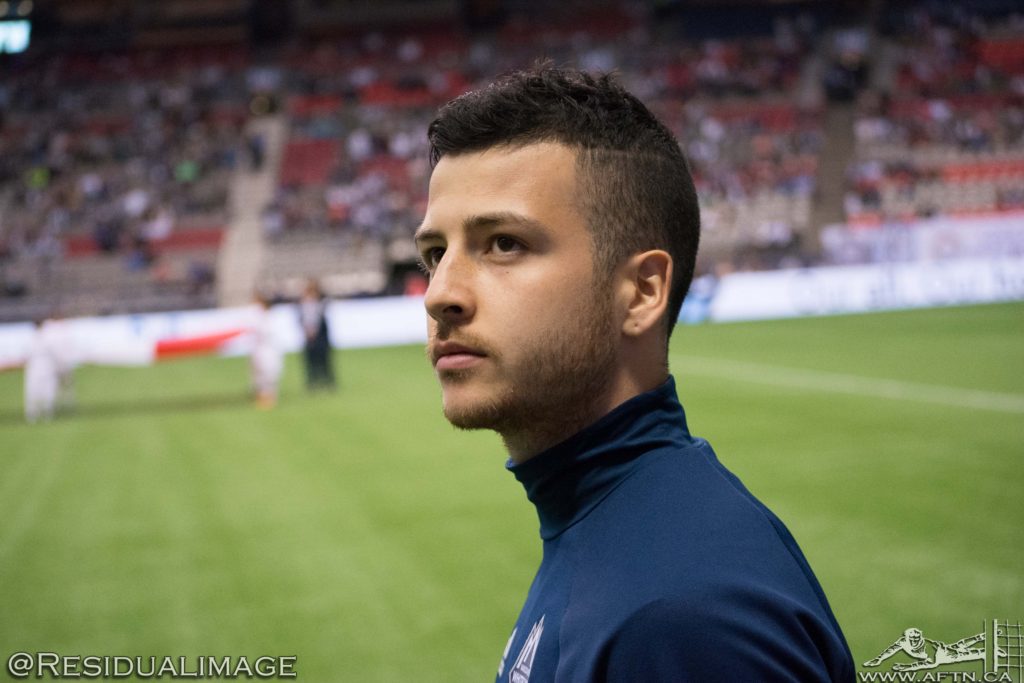 Unless Rémi Garde has had a serious change of heart, the Montreal coach’s comments are practically asking CPL clubs to make an inquiry. Jackson is a native of Quebec City, and at 25 needs to have consistent minutes. He’s bagged 12 goals up front for the Impact in 56 appearances, and 11 in 20 for their former USL side. Desperately needing a change of scenery, he’d be an amazing signing up top for any club.

Bustos (pictured above) should be a common name to Whitecaps fans despite not thriving under the opportunities given by Robinson. The Winnipeg native was with the ‘Caps since 2011 before moving the Mexican second division and USL in 2018. He’s currently with Oklahoma City Energy, but for a club like Valour FC with limited homegrown talent, a small transfer fee is worth it for him. He’s only 22 and could make the attack tick at Investors Group Field.

This may be a bit of a formality as unless a European offer comes along, it’s practically confirmed he’s heading to Pacific FC. Fisk is 25, a Vancouver native, and Whitecaps Residency product. He’s played in Spain and Ireland but after terminating his contract this winter a move to Pacific and the CPL looks the most likely option for him right now and he would be a great addition to Michael Silberbauer’s roster.

This one is probably silly but Wotherspoon has an expiring contract this summer. St Johnstone has one of the lowest wage bills in the Premiership, with an average 2017 salary of £47,996 or $81,862. Wotherspoon is a veteran, so definitely makes more than that, but would a club like Halifax be willing to drop $150k or more on him and make a marquee/captain signing? He’s played his whole career in Scotland for Hibs and St Johnstone. If he’s looking for a new challenge, and perhaps a boost to his Canadian national team hopes, I’d argue he’s worth the cash as much as a player like de Jong is.