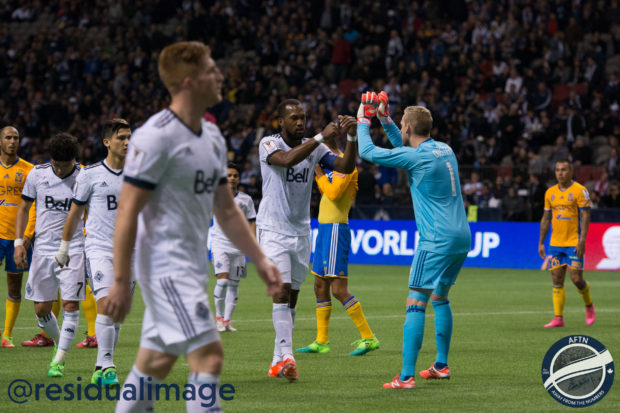 For most clubs around the world international club competitions like the UEFA Champions League and Copa Libertadores are coveted spectacles: lustful tournaments woven deeply into the social fabric of a nation’s culture, praised on a dreamer’s pedestal. For fans who weren’t born into the fan base of a ‘big club’, qualifying is a type of “witness it before you die” pipe dream.

However for Canadians, qualifying for international club competition isn’t as difficult. While the Canadian population may be over 37 million, similar to that of Poland or Argentina, the number of pro soccer clubs in the great white north could be nearly counted on two hands.

As of 2019, Canadian clubs can now qualify for international club competition by two methods – through the domestic table (Canadian Premier League), and the Voyageurs Cup competition. Victory in either grants entrance to the CONCACAF Champions League, of sorts, with the CPL winner moving into the preliminary CONCACAF League. 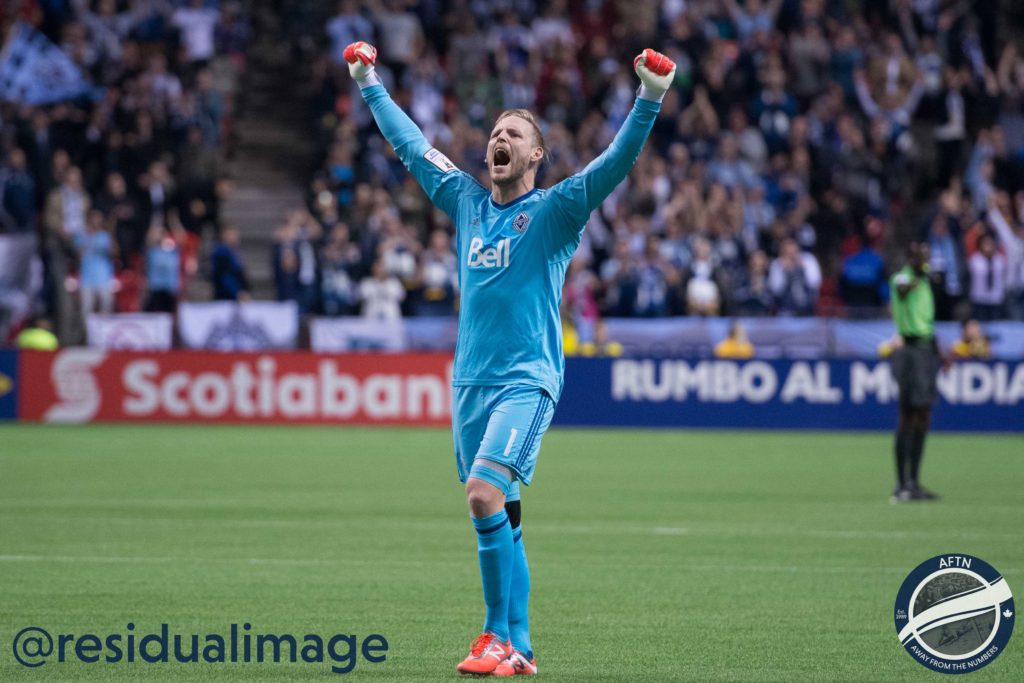 But what is so special about international tournaments anyway? Many fans from North America might turn their nose up at playing unknown clubs from El Salvador
or Honduras, or argue that playing the Mexicans is a waste of time. If I’m watching club football in North America, why look outside the bounds of Major League Soccer? Zlatan Ibrahimovic doesn’t play in Mexico after all.

To answer this I think back two years to the evening of March 14th, 2017. It was a big night for many Whitecaps fans.

Fredy Montero’s late strike had propelled the ‘Caps past the red side of New York, and to the semi-final matchup, in which our club had been drawn against Mexican giants Tigres UANL. For the approximately 31,197 fans that would shuffle into the Estadio Universitario, otherwise coined El Volcán, their home clash with some no name club from Canada should be a mere bump in the road for their trophy ambitions, but for ‘Caps fans it was the closest we’d ever got to squaring off against an international giant.

This would also be my first taste of North American international football. As it happened getting that taste would prove to be a difficult task. It involved a 2am wakeup in London, England where I was staying at the time, bundling up on the rooftop of my airbnb where I wouldn’t wake the rest of the family, and attempting to decipher the voices of TSN’s finest from a dodgy radio connection. As Oscar Moncada’s whistle blew to start the match I pondered the enormity of the task. 90 minutes against Mexico’s most terrifying. God help us.

Ex gaffer Robinson had lined up the team in a 4-2-3-1 defensive format, deploying star striker Fredy Montero in his first start as a Whitecap. The club had probably their best roster to date, but compared with the quality of Tigres, headlined by international strikers André-Pierre Gignac (France) and Eduardo Vargas (Chile), the underdog role was not only an understatement but something the boys in blue would need to embrace.

One of the things I immediately noticed was the fans. I couldn’t see the match I could only hear it, but boy were they loud. It’s a bit of a football stereotype that Latin American football fans are mental; but my experience didn’t offer any contradiction. Some stadiums are famous for fans throwing garbage and fluids (often urine) at the opposition and in many cases fans will keep travelling teams up all night in their hotels with banging and fireworks.

The Tigres fans were well behaved by those standards but even far before the first kick, their 31 thousand strong base had created a deafening atmosphere of constant chanting and horns, more than I’d ever heard at BC Place. Not even against the Sounders do we garner up close to such a racket. 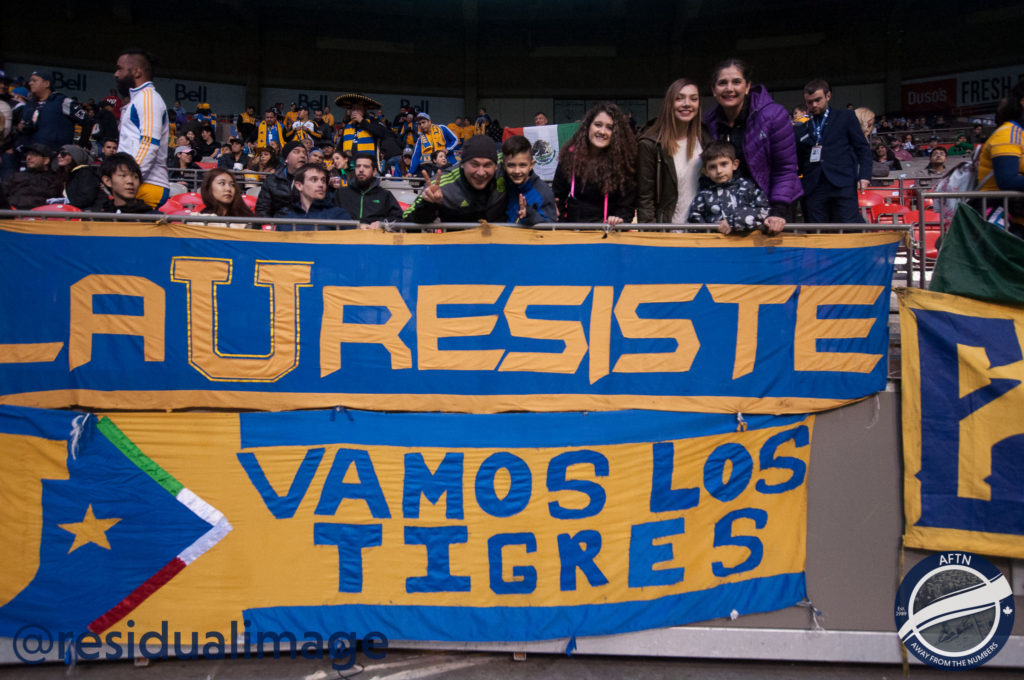 That atmosphere is something I believe makes playing in the rest of North America special though. Watching Canada play games against Honduras with the hostile fans, deafening noise, the boiling conditions: it’s a completely different challenge. In MLS, Atlanta United has become the place to be, largely because of their atmosphere. A whole fanbase singing in unison, their chants echoing all the way to the dressing room and the tunnel shaking as you walk to the pitch. These are the experiences that stick out in the memory of fans and players years after.

In this case the David and Goliath matchup kept me on the edge of my seat. It was one of the few times I truly felt Carl Robinson’s “small club mentality”. This was an underdog role I’d grant him: everyone had counted us out, but what if? Hold our ground and convert a lucky winner? The fact it was pretty much impossible made that intangible, inkling of hope in my gut all the more enjoyable. With every chaotic shot that David Ousted clambered to safety, it grew.

At halftime it stood nil-nil and I mulled how crazy the dream might be. One of the disappointing things about the Concacaf Champions League is the widely adopted notion that MLS teams can’t cut it in Mexico: Mexican teams always win. But while that may be largely true, the enormity of the challenge should excite fans. Cinderella stories may be rare, but they taste all the better.

The day before Christian Bolaños and Kendall Waston recalled a time they lived one. In 2005 Costa Rica’s Deportivo Saprissa beat Mexican giants UNAM 3-2 on aggregate after losing 2-1 away but blanking the Mexicans 2-0 at home. Their nearly all Costa Rican roster was far from star studded, with 20 year old Christian Bolaños opening the scoring.

“I remember Bolaños scoring. Those moments, I want to live. This is going to be, I think, my biggest game. We are three steps before getting to the dream.”

As it happened it would be Kendall who would undo our defence. In the 66th minute a poor clearance straight to the feet of Vargas allowed a quick pass around the defence and a low cross that Kendall would deflect into his own net. Things didn’t get better thereafter. Despite many great saves from Ousted to keep them in it, and chances for Shea and Mezquida, a skipping 87th minute rocket from Eduardo Vargas left the ‘Caps 2-0 down heading back to Vancouver.

Brek Shea’s third minute goal at BC Place had those “what if” dreams flooding back, but second half goals from Gignac and Damian Alvarez put paid to those. A 2-1 defeat on the night. A 4-1 loss on aggregate. In the end the contest was lost in Mexico, but it’s still a game I won’t forget. The result wasn’t what stood out to me. I had caught my taste. 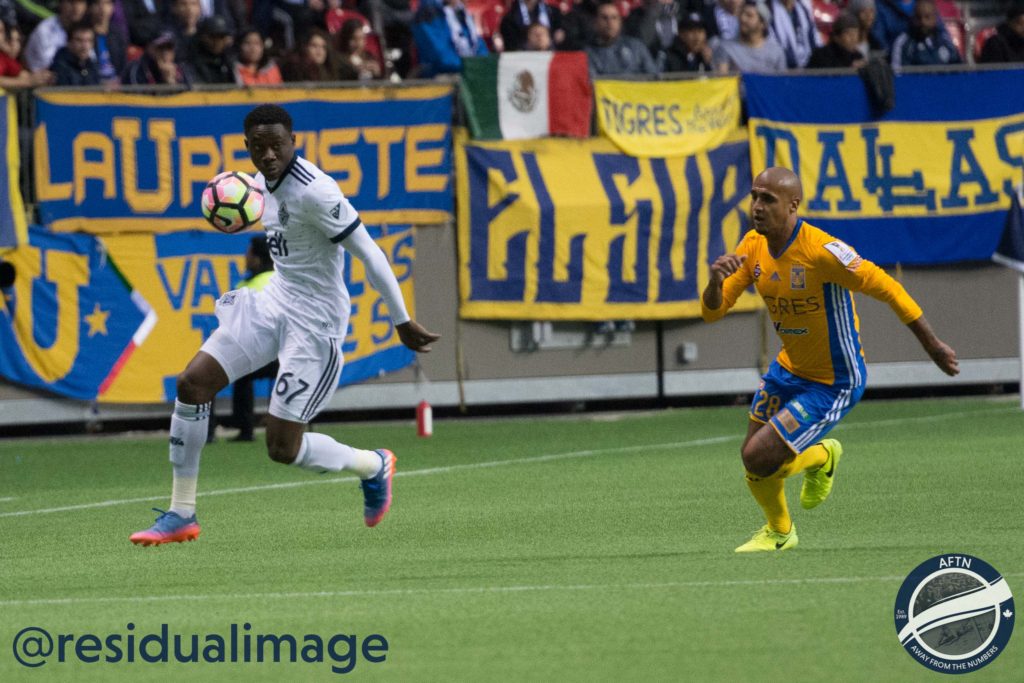 Looking back on the result I’m not disappointed, rather because there’s so many reasons to be excited for the future of North American football.

Major League Soccer has grown leaps and bounds in the past five years. The introduction of targeted allocation in 2015 has allowed the quality and depth of rosters to dramatically increase. Last year it allowed players like Victor Vasquez and Yoshimar Yotún to be non-DPs, and Zlatan Ibrahimovic’s TAM deal will probably go down as the biggest steal in MLS history. Furthermore, a growing number of ambitious owners and talented technical staff has increased the parity between MLS and Liga MX. Toronto’s run last year proved that MLS teams can not only cut it but also outclass in Mexico. Had Tata Martino not left this winter, there’d be every reason to believe Atlanta would break the glass ceiling this spring.

While that increasing parity should excite fans, the expansion of the tournament to include the Canadian Premier League is equally crazy to think about. It’s tough to assess which CPL squad (out of FC Edmonton, Forge FC, and Valour FC) will win the honour of being the league’s first CONCACAF League participant this year, or how they’ll stack up against talent from Central America or possibly even an American or Mexican team if they advance into the Champions League Round of 16 come 2020, but either way it’ll be crazy to see them there.

Similar to how Canada and the United States struggle in the humid conditions of Central America, the cold of Canada’s winter in late February will serve an equal if not worse obstacle for players used to 30-40°C heat. Imagine a Forge FC clash against Deportivo Saprissa, or Santa Tecla trying to cut it in the cold of Edmonton or Winnipeg. Seeing a CPL club go through would be an amazing cinderella story to follow.

Last of all I dream of an all-Americas international competition. Don Garber has dismissed the topic as of late, but surely soon MLS, Liga MX, and hopefully the rest of North America will join Copa Libertadores. The tournament is everything of the quality and passion you see in Mexico but times a hundred.

Travel and the number of fixtures are extremely long and gruesome (the new format took me literally hours to figure out) but it would be amazing if 10 years down the road clubs like Club America and Inter Miami were pinned against Boca Juniors and Corinthians. This would likely require separate preliminary rounds so that small clubs from Central America, the Caribbean, and CPL wouldn’t have to break the bank flying to South America for endless group stage fixtures. Nonetheless, it would be a competition even wilder, more unpredictable, and more passionate than the European Champions League.

The 2019 CONCACAF Champions League gets underway today, sadly without our Whitecaps. But there are still so many reasons to be excited for the tournament. Watching clubs go abroad offers something different. It’s wilder than league play, it’s unpredictable. When you go to Latin America you see how much the game means, how engrained it is in the social fabric of their countries culture. In Canada we’re still getting there, but we can relish the experience of watching others and take inspiration.

The quality has increased dramatically with MLS’ growth and there’s a glass ceiling still waiting to be broken. So for me I don’t look back two years at that result and get upset about what could have been. All I can really conclude is my one message for Marc Dos Santos concerning the 2020 edition of the CONCACAF Champions League:

Costs be damned. Get. Us. There.