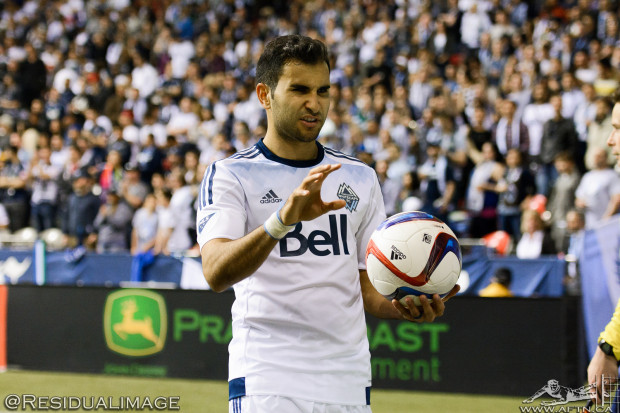 The rumours swirled for days, but finally the announcement came from Vancouver Whitecaps that after declining the contract option for right back Steven Beitashour for this upcoming season, he was being traded to Toronto FC, with a draft pick coming back the other way.

It surprised a lot of people. With a salary of $197,000 plus what was expected to be around a 20% increase for this season, it was just a little too much for the Whitecaps front office to feel comfortable with.

The right decision? Let’s take a look at The Good, The Average and The Bad from it.

Supporters of MLS clubs might not like it, but it’s a salary cap world and we all live in it. With all the exceptions to the actual salary cap number, with the new rules seemingly made daily, it’s hard to figure what each team exactly has to spend.

All we know is that by not signing Beitashour it frees up $200,000 for the team to spend elsewhere on the pitch.

Surely they have enough with the newly introduced TAM and salary cap left over to find a quality right back to go with a new striker.

With Beitashour gone this leaves Jordan Smith as the main right back on the MLS roster. He had his up and down moments on the pitch last season, but the potential is there for him for the Costa Rican international.

Is he a full-time starter? In my opinion he will be given the chance next season and I see him making the leap to a starter.

The front office will find a backup or someone to push Smith for the starting job, likely coming in on a salary almost a third that of Beitashours, but the job is his for the taking.

For all of AFTN’s criticism of Beitashour for his lack of a killer attacking prowess, he has been the top assist man for all the Whitecaps defenders since he came to Vancouver. Has above average ability to get the ball into the box while running down the wing. You can teach some of the qualities that he has.

The good news is Smith has shown the ability to get up the pitch but he has to learn when the crosses should be sent into the box. The more comfortable he gets with his teammates this season, the better he will be.