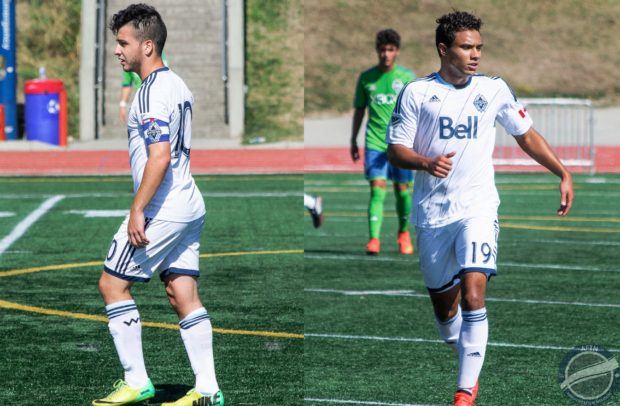 Throughout history we’ve tended to favour “our own”. Football teams fit nicely into this rubric. We humans, rightly or wrongly, tend to prefer our own tribe, our own group, our own homies. What’s more tribal than our own side? We wear and display our colours, we have our chants and songs, we hang out together at the pub, we know we are on the “right” side, and we are way better than “them”. You get the picture. In this article, I want to explore one aspect of this concept a little bit more. It is timely.

Following and contributing to sites like AFTN, we get to reveal and see how we and others feel about and relate to our first team and those still rising through the ranks. For me, I find it fascinating how we invest our hearts in “our own”. We follow the ups and downs of key players and we root for their individual success and, of course, the success of the side. From time to time, we also turn on a player who falls out of fortune or just doesn’t measure up or has the wrong agent. Sometimes our hearts tend to cloud our objective vision.

As we’ve watched the rebuild of the Whitecaps this year, I’ve been constantly reminded of one aspect of this tribalism which I find somewhat surprising. That is, many of us are (possibly too) invested in our homegrown players, academy players, and residency players (collectively our “Homegrowns”). It is, apparently, terrifically important to some that we have such players and that we favour them over players that we “import” from other teams. Our Homegrowns are “ours” and those other players we have are something else again.

By definition, what I’ve just stated is somewhat silly. Why? Well our Homegrowns, by their very nature, came from “somewhere else” before they became Homegrowns. We went out and recruited them. We sent out our scouts and we tried to grab them before another team beat us to the punch. In other words, they too were once “outsiders”.

Frankly, I would argue that it is a useful thing to create a pool of players from whom we may find another Alphonso Davies without having to pay a transfer fee. A reserve team is essential for many reasons. However, beyond that, I don’t get too excited about how our Homegrowns are progressing and I certainly don’t get exercised if they don’t see the pitch for the Whitecaps. The world is full of footballers.

As noted above, sites like this one are rife with commentators lamenting the lack of playing time afforded to young lads like Marco Bustos, Kianz Froese, Caleb Clarke, Ben McKendry or their like. These commentators are certain that these Homegrowns must see the pitch, improve, impress, and become first team regulars. I’ve also seen these commentators argue that these Homegrowns are better than our non-Homegrowns. But for me, pre-season and Canadian Championship minutes prove otherwise. Most of our Homegrowns simply aren’t yet up to the task.

I believe that if they are good enough, our Homegrowns will earn a place in the first 18. You know, the old fashioned way. They don’t “deserve” anything above the others within or without the side. If they can equally contribute when compared to another non-Homegrown player, by all means, play them. Otherwise, they can sit or play with our reserves and it won’t concern me.

What does concern me is that we put the best possible side on the pitch at all times. Of course, we’ll need to rotate the squad somewhat for fixture congestion, travel, injuries, international games, and fatigue. However, beyond that, I want our best possible quality on the field until we are up or down by three and I want to win much more than I want to see our Homegrowns get minutes. I want to see Kei Kamara, Kenny Miller or Fredy Montero score over Theo Bair or Caleb Clarke getting a chance to play. I want the best for my entertainment dollar.

Don’t get me wrong, I am also proud of our Homegrowns who do succeed. I’ll also be happy to see how well they do for future sides. They are, after all, part of our “tribe”. However, all day long, I’ll take the wins over allowing our existing Homegrowns to progress. I’ll also appreciate the wonder and beauty of terrific skills over watching a Homegrown player with limited skills progress. Feel free to tell me why I’m wrong.