Perhaps the biggest Whitecaps success story this season has been the attendances.

With just two home games remaining, the Caps have pulled in 308,621 fans to their fifteen home games to date. That’s a pretty impressive 20,575 average and third best in the League behind Seattle and LA.

Add into that the 24,074 that watched the Man City friendly and the 32,085 that saw the two Voyageurs Cup games, and it’s been a fantastic inaugural season for the Club in this regard. 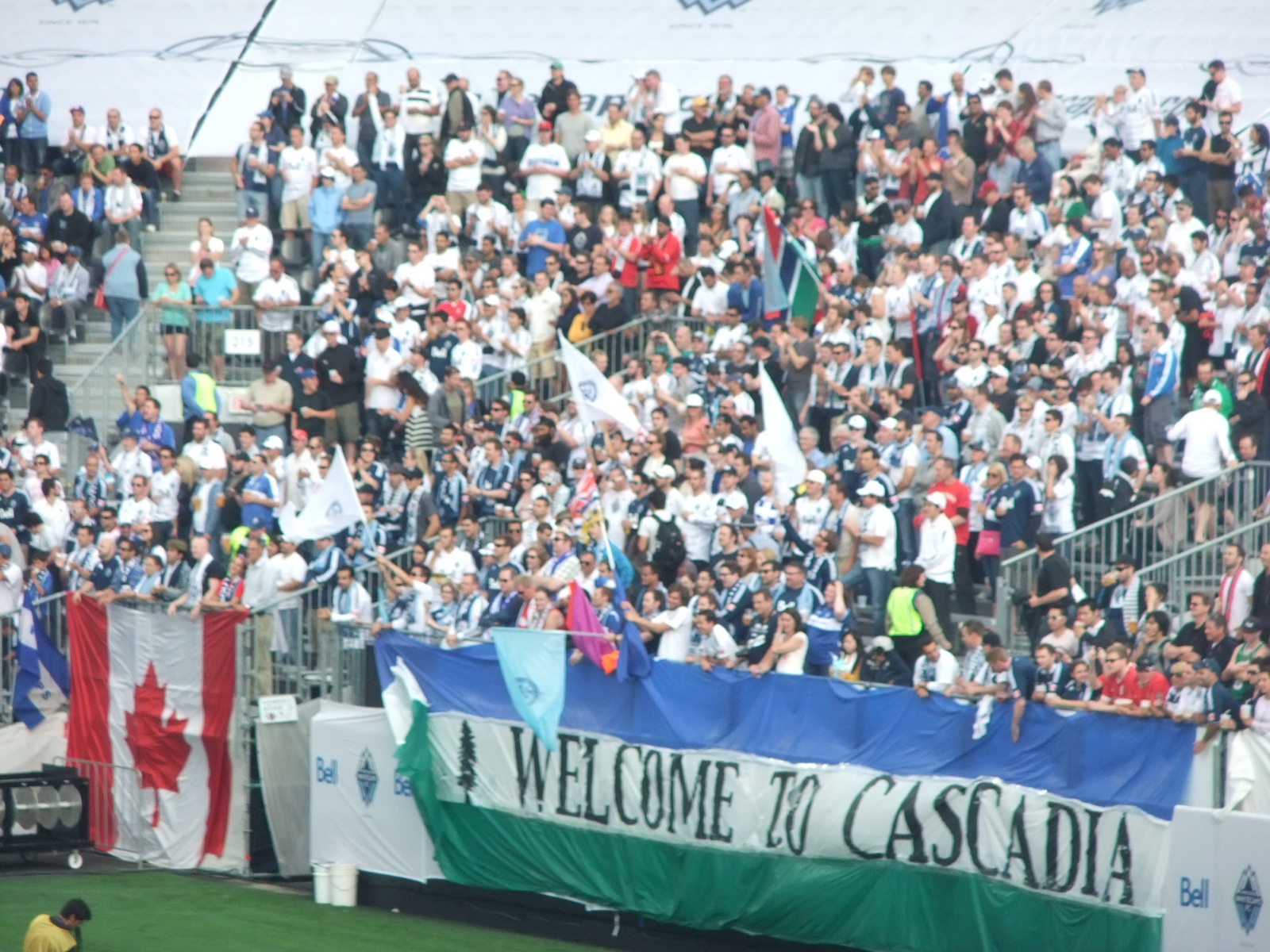 These numbers, and the passion and fervency behind them, are more than enough justification for MLS awarding their 17th franchise to the city, even if results on the pitch could make some think otherwise.

The strong 15,500 season ticket base obviously helps, but it’s been pleasing to see other fans turning out in numbers regularly, despite the team’s displays leaving a lot to be desired at times.

We’re told that season ticket renewals are already “strong”, and I can count on my hand the amount of people that I know that don’t plan on renewing for next season. Those that aren’t are doing so for monetary rather than performance reasons.

The Caps definitely had a mulligan this year for the team’s actual results, but a lot of the fanbase are going to need to see improvements in all areas and a competitive “product” if they are to keep handing over their dollar bills in future seasons.

Last Thursday’s game against Real Salt Lake was a real milestone for the Caps, as far as I’m concerned, and it had nothing to do with them recording their first win at BC Place.

The 20,113 supporters in attendance was 1,253 more fans than the Vancouver Canucks attracted for their home opener.

Of course you can quantify that a little with the fact that the Canucks were a sell-out and they couldn’t cram any more people into the rink, even though they could easily fill it more than two times over. It’s still a nice throwaway comment for Caps fans to make though!

For the Whitecaps to pull in that crowd on any corresponding home hockey night is fantastic and a genuine pleasant surprise. We all thought, hoped and expected Vancouver to be a football city. Thursday night showed it was. 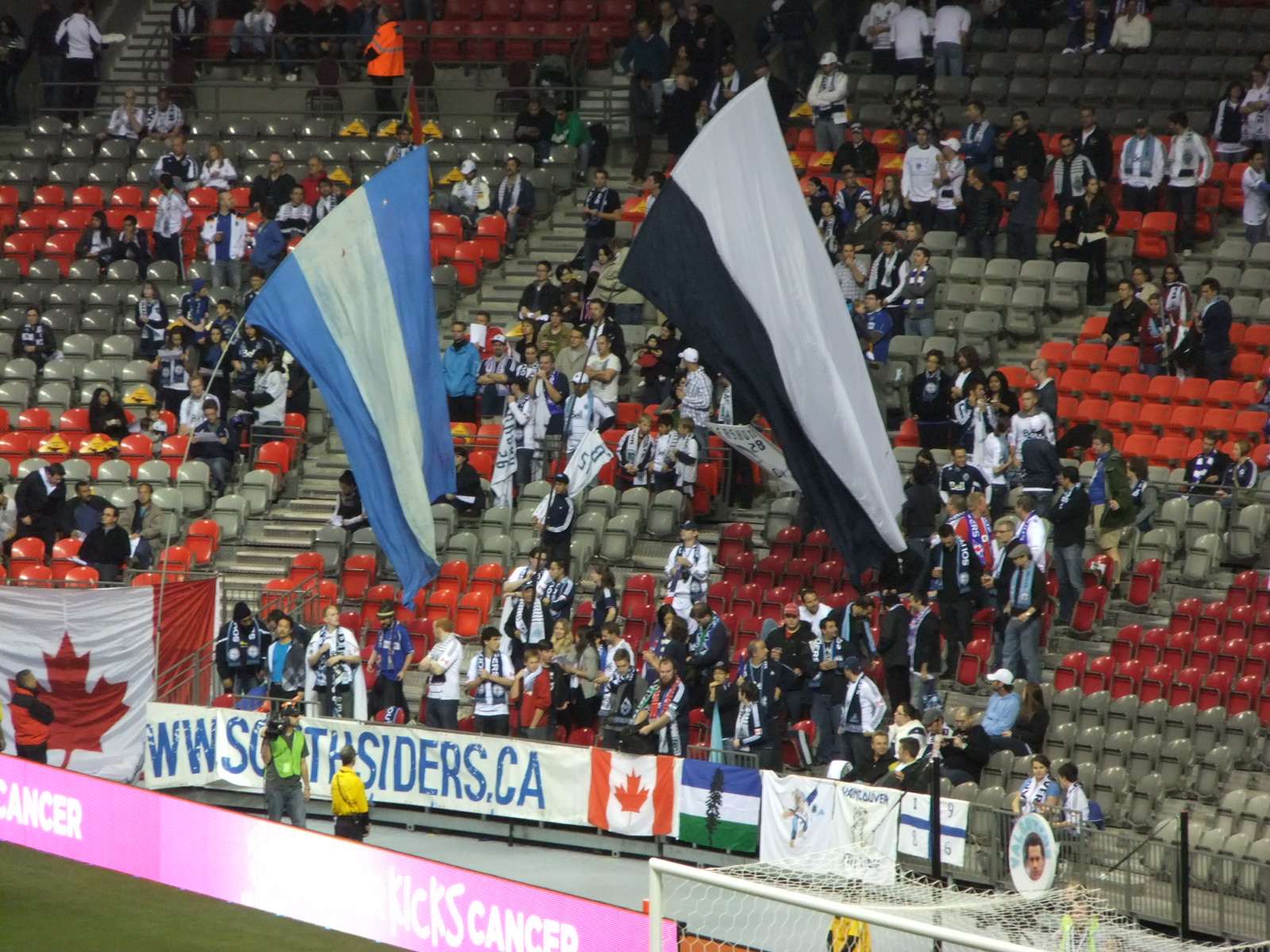 I honestly didn’t expect them to get those numbers, especially when I got into the stadium ten minutes before the scheduled 6.30 kick off and it was deserted!

Now, obviously the Groupon deal that was on offer for the night helped. It pulled in 1,165 buyers, meaning 2,330 fans, and some of those weren’t the most enthusiastic at getting involved in the gameday atmosphere. Still, it’s bums on seats and even if a small fraction of those decide to come back and watch another Whitecaps game, then it was worth it. Let’s just hope the demand for tickets continues to keep such deals to a very very minimal amount during each season.

The big question now though is how do we build upon this great attendance success and move on to the next level?

I guess the first point we need to address is whether the Whitecaps even want to do this.

The Whitecaps have set a 21,000 capacity limit for their home games at BC Place. As we saw at Empire though, this will be tinkered with, as and when the Caps see the demand is there.

Keeping the capacity deliberately lower increases demand and drives the Caps to be a hot ticket. The downside to this is that this often only leaves expensive ticket options available and the pricing then just turns fans off going, as was told to me by fans looking for tickets for the two BC Place games so far.

Is the demand there though for greater numbers in a crowded professional sports marketplace.

Many had hoped that the Whitecaps would become the number two sports team in the city.

It’s still early days for the Caps in the public’s consciousness, but they have a little way to go before they can match the Lions crowd average. Even taking their two BC Place games out of the equation, they were averaging 24,297 fans at Empire this season. Add those two games in and it’s way more.

So the Caps aren’t too far behind really.

A good team on the pitch next season and some better marketing off it, and the potential is still there for the Caps to get the numbers to a greater amount. Maybe even overtaking LA for the second spot.

I’m not sure we will ever see Seattle numbers, but people do like winners, so who knows?

What we can say with certainty though, is that there may be three major teams battling for the fans through the door in Vancouver, but the Whitecaps have more than proved that they deserve to be at the top table.

Long may it continue.