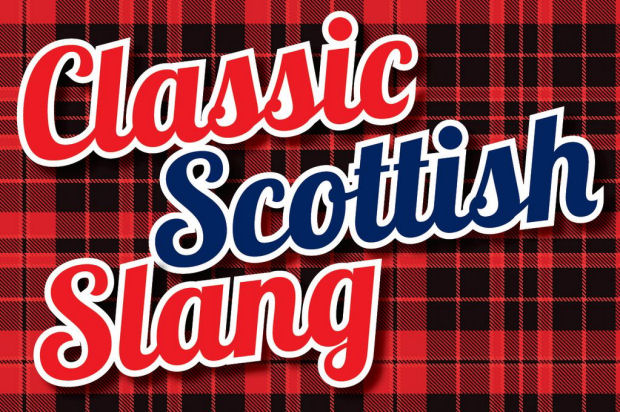 With the Caps new Celtic Connection of Martin Rennie and Paul Ritchie now at the managerial helm, Whitecaps players, front office staff, fans and local media will have to get used to hearing the Scottish brogue 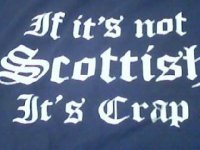 They’re also likely to be hearing some words and phrases that they may not be used to, and I don’t mean “winning team”.

The influx of new players is imminent, so, always eager to help, AFTN brings you a selection of Scottish slang words and how you might hear them and use them now in MLS…

AWFURFUXAKE : Pronounced aw-for-fucks-sake. A term of exasperation, usually shouted. Likely to be heard after Mustapha Jarju shoots on goal.

BAWBAG : Pronounced baw-bag. An idiot, stupid or useless person. Likely to be heard when Baldomero Toledo is refereeing – “Haw Toledo ya bawbag”. In this sentence, “haw” means hey. “Bawbag” can also be replaced by CHOOB, DOBBER or NUMPTY for same effect. Also a slang term for scrotum.

CLUDGIE : Pronounced clud-gee. A toilet. An example of how this might be used would be – “I see Toronto’s playoff hopes have gone down the cludgie again”.

COWP : Pronouned cow-pp. Means a messy or a dirty place. A veritable shit-hole. Can also be replaced by MIDDEN. Likely to be heard when they step off the plane in DC or Philadelphia – “Man, what a cowp of a place this is”.

CRABBIT : Pronounced cra-bit. Means to be angry and grumpy. The media will hear this after the Caps lose a game they should have won – “Sorry guys, I’m not gonna say too much, I’m way too crabbit”.

DROOKIT : Pronounced drew-kit. Meaning to be soaked to the skin. Also likely to be heard a lot in rainy Vancouver – “awfurfuxake man, what’s with aw this dreich weather? I’m drookit again”.

GLAIKIT : Pronounced glay-kit. A term often used to describe a person with a confused clueless look upon their face. An example of how this might have been used already would have been – “Come on Bilal, ya glaikit big lump”.

HAVERING : Pronounced hay-ver-ring. Can also be substituted with SLAVERING. Means to talk incessant nonsense. Will be heard when Paul Barber is talking about the Caps being one of the top 25 Clubs in the world – “Hey Paul, quit your havering/slavering”.

JOTTERS : Pronounced as spelt. Means to tell someone they’re fired. Will have been heard in last few weeks and days and in the days to come – “Sorry Peter. I know Tommy loved you, but I’m giving you your jotters”.

LALDY : Pronounced lahl-dee. Means to give it everything, especially in a celebratory fashion. Will be heard in the post-game dressing room celebrations in Toronto after the Caps have won their first Voyageurs Cup – “The lads are gonna gie it laldy the night”.

MINGING : Pronounce ming-in. Means horrible. Something that looks and/or is disgusting. Can be used when Seattle come to town – “Man, the Sounders are wearing their third kit tonight. It’s minging.”.

OHYAHOORSIR : Pronounced oh-ya-hoor-sir. An exclamation similar to AWFURFUXAKE, but one which is used to express joy and often disbelief. Will be heard if Eric Hassli produces another Seattle-esque wonder goal.

PEELY-WALLY : Pronounced pee-lee-wah-lee. Used to describe a pale looking person, especially one who is ill, sick or injured. Was heard during the training evaluation camp – “Thorrington, you’re looking awfly peely-wally. What you broken this time?”.

PETTIT LIP : Pronounced petted-lip. Meaning to sulk or to force someone to pout with your actions. Likely to be heard when we go down to the Clink and steal the game with a last minute winner – “Poor Sigi. Look at his pettit lip”. Can also be used to describe Omar Salgado.

POCKLE : Pronounced paw-kill. To steal, cheat or swindle. Also likely to be heard in the post match presser when we go down to the Clink and steal the game with a last minute winner – “Aye we pockled the three points from that game”.

RADGE : Pronounced as spelt. Means a crazy person. A nutter. Would be put to good use if we re-signed Mouloud Akloul.

RAMMY : Pronounced as spelt. Meaning a fight. Will be heard if we ever sign a battling midfielder with a bit of bite and the desire to go in for hard tackles which lead to a bit of pushing and shoving on the pitch – “(insert name here)’s caused another rammy”.

SCRAN : Pronounced as spelt. More likely to be heard from Paul Ritchie as this is a Fife word. Means food – “What’s the scran like around here?”.

SCUNNERED : Pronounced as spelt. Means well and truly pissed off. Will be heard in post match press conferences in the unlikely event that we’ve lost a match – Q: “How do you feel about the game Martin?” A: “Totally scunnered”.

SKELP AFF THE LUG : Pronounced as spelt. Meaning to hit someone on the ear, primarily to chastise them. Will most likely be heard in training – “Jarju. If you keep missing the target, you’re gonna get a skelp aff the lug”.

WHEEN : Pronounced whee-een. Meaning a lot or a large amount. Will be used in sentences like “Eric Hassli’s scored a wheen of goals for us this year”.

WHEESHT : Pronounced whee-sshhh-t. Meaning to tell someone to be quiet and to shut up. Likely to be heard at meetings when Tommy Soehn is present and trying to talk.

YA BAS : Pronounced ya-basss. Meaning “you bastard”. Can be used as a derogatory term – “Fuck aff Bunbury ya bas” – but also as a term of endearment when two Scottish people see each other for the first time in a long time. Might be heard when Portland come to town – “Haw Spenny ya bas. How ya doing big man?”

So there you go AFTN readers. Some new Scottish words for you to all get acquainted with over the close season.

And remember – IF IT’S NO SCOTTISH, IT’S CRAP.