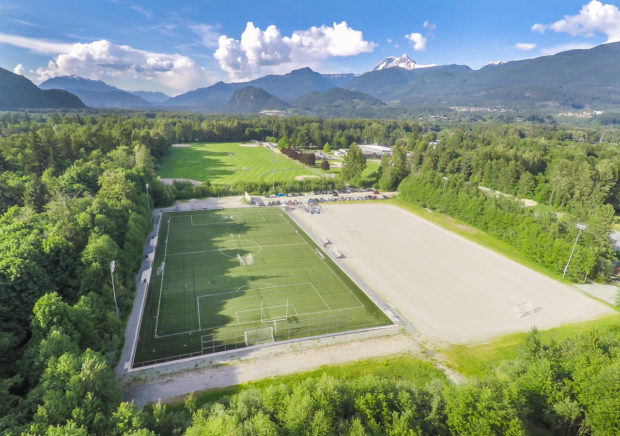 Growing up in Squamish, soccer was my entire life. My family helped shaped the game here. My uncle played for the ‘Caps and the national team at the World cup. I put pressure on myself to get there too.

So consumed my life for the love of the game. Going to ‘Caps games as a kid, watching Premier League with my dad every Saturday. Meeting my friends playing for teams awesomely named the Green Machines or the Yellow Rubber Duckies or Blue Lightning. Learning my craft, getting better and stronger.

Over the years moving up to rep. Having a team that felt like family for the next eight years. The core stayed the same. Won titles, cups, and had a few close shots at making Provincials some years.

My style of game was an antagonizing, tough, hard hitting, and mouthy left back with a good ability to swing in a cross or make an overlapping run. But this also had it’s set backs.. Injuries and concussions piled up. Being a stubborn kid with dreams at the pros, I’d hide injuries. I’d lie about my health because I thought I had to play every game or I’d miss a scout or something silly.

This led to multiple concussions and a bad ankle. But it also led to some good and a new found love for the game. My graduating year I got hurt at a tournament before the season started. Doctors couldn’t pinpoint the injury so they just said don’t push it. As I said I was stubborn, so I did. I had a terrible season. Could never get in shape and at year end I missed out on two university teams.

That fall I got introduced to the men’s league in town. I’d been as a kid to watch my dad’s games and joined his old club. Here’s where my perspective changed.

I joined the “old guys” team. Most in their late 30s or early 40s and me a wide-eyed 18-year-old who was told “the old guys play defence,. You’re young. You can run”. So for the first time in my life I was no longer a fullback or a center back. I was now a striker.

I’ve always been decent in scrimmages at slotting home goals between some cones or jackets at lunch time, but never an actual game versus a backline of experienced guys.

To relate to my new position I needed to work on what I knew, defending. Thinking of how I would react as a defender and work around that. I developed a ghost style of play. Floating back and forth from sideline to sideline. Ghosting between defenders and making the runs into space. I turned out decent. Became a top scorer in the league for multiple seasons.

I had a new love in the game. I was never the goalscorer. I’d chip in here and there as a left back, but I was never a true Jordan Harvey Goal Machine. It was both a great and crappy feeling as I put new pressure on myself to get the win every day. To score every day.

After a few years I moved to the Fraser Valley for school and another new experience. For the first time I played co-ed, now coming in as a striker. Co-ed taught me the value of removing my ego from the game. Taking out the testosterone and just having fun but still being competitive.

I’m not going to pretend I didn’t have games here and there where I got in a shouting match with teammates because I was frustrated or getting too competitive, but on the whole I think it helped.