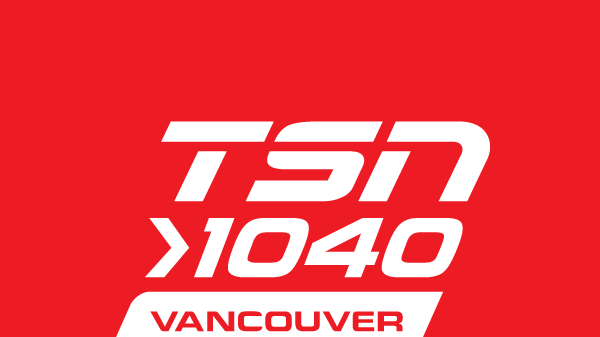 I love talk radio. News, sport, current affairs. That was my go to choice when I was driving around Scotland for work, with BBC 5 Live my station of choice. Whenever I go back to visit, that’s the first thing I stick on in the car.

In Vancouver, I listen to News 1130 at times, but primarily I’m listening to CDs and podcasts in the car. Sports talk radio here is stagnant, repetitive, and frankly boring as hell to me.

But then again, I’m not the audience they’re clearly going for.

If you have no interest in the Canucks, which I don’t, there’s been little for me. How much analysis can you do on one sports team? The wall to wall coverage with the odd Whitecaps, Lions, and other sports occasionally thrown into the mix, means I’ve rarely listened to TSN 1040 or Sportsnet 650 in my 13+ years in the city. Whenever I have listened to something on either station it’s usually as an online snippet after the fact.

And I get it. I’m certainly not hating on the Canucks here. Far from it. You just have to chat with the guys at the Province and the Sun to know that any Canucks coverage gets the eyeballs in far, far greater numbers than anything else. The same will invariably be true in terms of listeners for the radio stations. You’d be ridiculous as a business for not having them as your focus, but at the same time you’re limiting the audience and it’s clearly not a large enough audience to begin with to make things sustainable in the current climate.

Today’s demise of TSN 1040 is both surprising and not, in equal measures. Once TSN lost the radio rights to Canucks matches, you felt the long term writing might be on the wall for them. But the listener numbers still saw them perform better than their rivals.

Ultimately, it’s no loss to me whether it’s on the airwaves or not, but I am sad for the many people I know that work there that now find themselves out of a job and the way that Bell Media handled everything today showed an incredible lack of compassion and morality.

Who is the nameless, faceless ghoul they brought in to record this robotic bloodbath, hollow message. JFC Bell Let's talk indeed.
"As of today 1040 will no longer be a sports radio station."

Lol, staff were told there would be an 'exit message' going on air and were also told "corporate security would be implementing the shutdown process in the next 30 minutes' and so they if they had anything personal to retrieve they should do it 'as fast as possible'.

TSN 1040’s demise leaves Sportsnet 650 as the only player in town when it comes to sports radio (well along with the excellent AFTN Soccer Show on CiTR radio at 11pm on Sundays of course!). It also leaves the Whitecaps without a radio partner, despite being sponsored by the parent company behind all of this.

The ‘Caps leverage to thrash out a new deal with a new partner has now be drastically reduced. You almost feel they’ll maybe have to actually pay to get any coverage on the airwaves and if they do end up on Sportsnet, they’ll be competing with the Canucks games and coverage.

Vancouver, as a city, should have more than one option for a sports radio station. I don’t believe the demand isn’t there. I feel it’s more that they are not catering to grow the existing audience. Diversifying content to draw in a whole new audience. Whitecaps fans, Lions fans, Canadian fans, Giant fans, Warrior fans, tennis fans, golf fans all need and deserve a place where their love is discussed. Of course it all comes down to money, and in particular advertising dollars, but the number of successful podcasts around the city show that demand for such content is there.

But the demise of TSN 1040 is a real opportunity for this city. It could and should be used as a catalyst to take sports ‘radio’ to a new level. A radical change. Rewrite what is mainstream sports media. And the narrative doesn’t have to be dictated by big soulless corporations, nor does it have to be run by them. And unifying the grassroots is the way to do that.

We live in a city where there are a number of top quality sports podcasts produced here. Some cover many sports, others, like ourselves, are dedicated to one. They’re full of fresh voices, fresh takes, a diversity of opinions of backgrounds, all united by a passion for what they do and the sports and teams they love. This is what needs to be on the airwaves. This is what captures a new audience.

Whether that be an existing station taking a gamble and allocating some time every night to a different sports podcast or a new station starting up that utilizes podcast talent that covers a wide ranging variety of sports, teams, and topics or even a collective of local podcasts working together online to produce their own station or network. Or maybe it’s a combination of all of that.

This is the time to seriously explore it. Unless Sportsnet 650 want to adopt a radical new policy (which I would implore them to at least consider), Vancouver needs an alternative to a one station monopoly.

We’ve dabbled with this idea here at AFTN before. We did some initial research a few years back to launch something like this but didn’t really have the time, knowhow, nor ,most importantly, money to get this off the ground, but the time feels right to revisit this idea.

A podcast network isn’t new. Many have existed online over the years. Maybe this is a venture that would only work in that environment, but the city needs something like this. The city needs some investors that want to see sports talk radio thrive. We want to be a part of this. We want to help make this happen. Who’s with us?