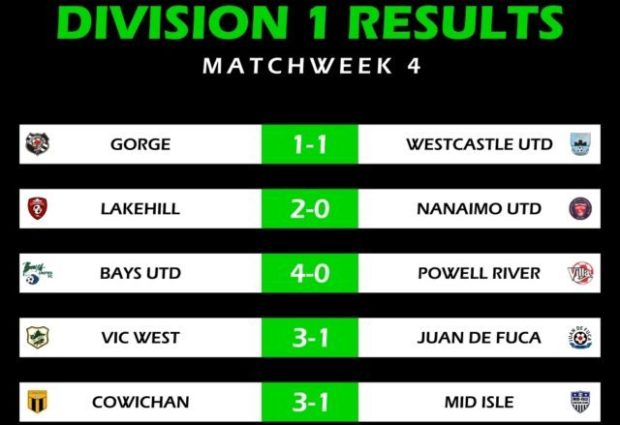 The scores were a lot lower this past weekend, but there were still some surprising results in Vancouver Island’s top division – VISL Division 1.

It all started with a bit of a shock on Friday night at Hampton Park as Westcastle and Gorge battled to a 1-1 draw. A goal by Gorge’s Tony Litke looked like it may be the winner, but a barrage of Westcastle pressure paid off at the end, with Sean Young tucking away a 90th minute penalty to save the draw for the kids.

Also in Saanich on Friday, Lakehill defeated Nanaimo United 2-0, thanks to goal from Jon Shah and Wes Barrett. Earning the clean sheet for Lakehill was Deep Gahunia.

Later on Saturday, Vic West defeated newly promoted Juan de Fuca by a score of 3-1 at Finlayson turf. Rookie sensation Salem Almardy had a goal, as did Liam Wirth and Jackson Brice for Vic West. The loan scorer for JDF was Andrew Fitzpatrick.

The final game of the weekend saw Cowichan defeat Mid Isle 3-1 on Sunday thanks to goals from Colin Knight, Blaze Roberts, and Logan Kits. The sole marker for Mid Isle was scored by Shane Brown.

Here are how the standings now look after all those results: 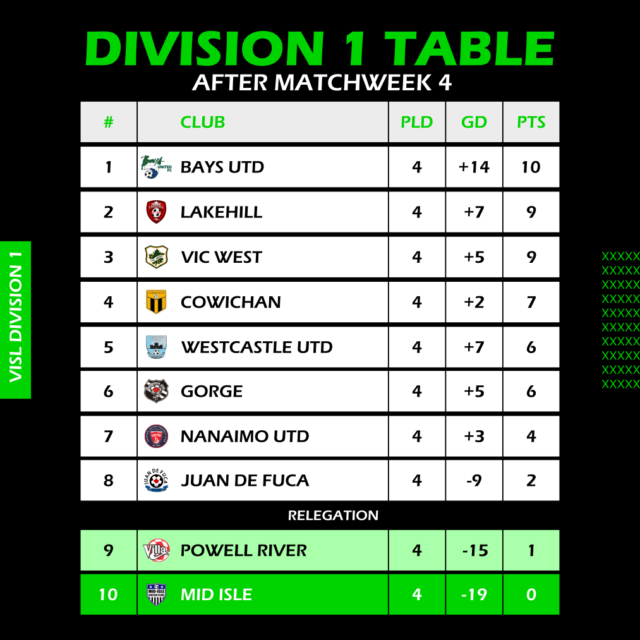 It’s a surprising table at this point, and it will only get more interesting as the weeks progress.

Also surprising is seeing all the goals scored. It’s definitely a pace that we have not seen in many years.

Here is how the Golden Boot leaderboard shapes up after the first month of VISL action. 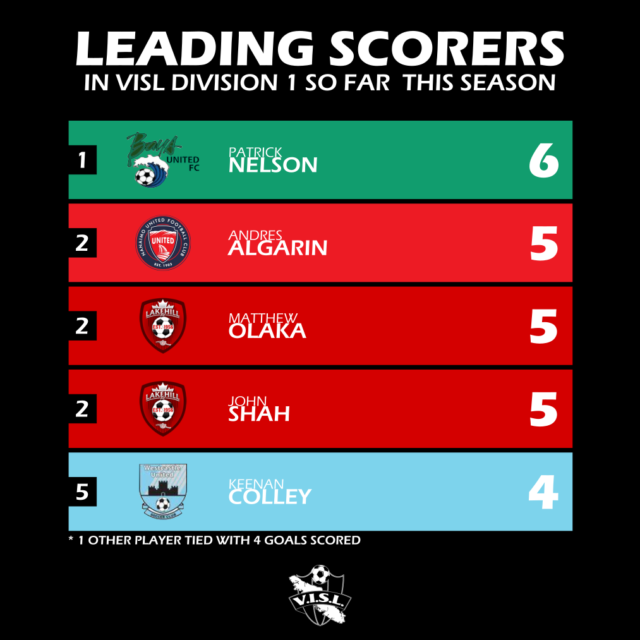 Match-week 5 is fast approaching and there’s a lot on in the VISL top flight this weekend, besides a hopeful family/friend get together for Thanksgiving!

Friday has a good start as Gorge hosts Cowichan at Hampton turf. Both teams are neck and neck so far, and both will look to get more than just the one point. Cowichan have been slower out of the gate this year, partly because they have had a pretty tough schedule – so this will be a big one for the group.

Friday will close with the hot Lakehill team out of Saanich hosting newcomers to the division Juan De Fuca from the Westshore. Other than an opening day blip, the Reds have looked excellent. JDF are still looking to come together, but have had moments of brilliance. The Westshore boys will look to build on their recent advancement to the McGavin Cup Final on Remembrance Day.

Saturday has a decent match on tap for the faithful at Timberlane as Powell River Villa will look for some points as they host Nanaimo United. Nanaimo have been quite unlucky to start the campaign, and will look to travel well to face Villa – a team which has struggled with the reuniting in Division 1.

The Saturday match up between Westcastle and Mid Isle has been rescheduled as many players will be away and has been moved to January 2020 for a back to back.

The last match-up of the weekend will feature our Game of the Week as Vic West will host Bays Utd at Finlayson.
This will be a battle of the Green parties – especially as both are right at the top of the standings. Both teams are off to excellent starts, both teams will look for the full three points as Lakehill is right there with them in the standings. 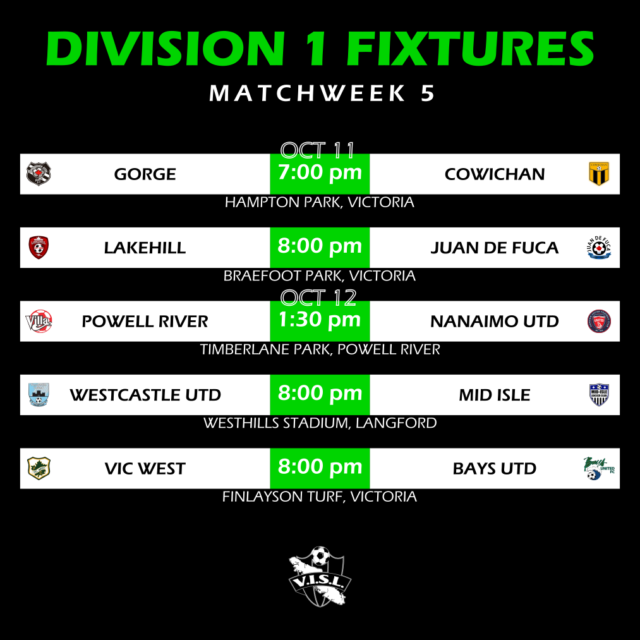 Hope to see you at the park in between enjoying some family and/or friend time. We have a lot to be thankful for – local community soccer and support being high on the list.