The fourth round of this year’s US Open Cup kicks off tonight with three matches, as the MLS teams enter the competition.

All eyes will be on the standout match of the round. Not the Sounders hosting the Timbers, there’ll be no Clint Dempsey tantrums to entertain us this time around. Not even the rather tasty looking clash between San Jose Earthquakes and San Francisco Deltas, or Alan Koch’s FC Cincinnati hosting Columbus Crew. The game we’re talking about will be played out tonight at the Maryland SoccerPlex, as D.C. United played host to Baltimore amateur side, Christos FC.

A giantkilling awaits. The ‘Magic of the Cup’ and all that. But the whole story of Christos FC and their cup run to the fourth round, is what cup football is all about. Or should be anyway.

I can’t even pretend to do the Christos FC story justice. This excellent article from the Washington Post will do that. In short, this is an amateur club that are named after a discount liquor store, meet at the store, don’t train, and play for the love of the game and the beers afterwards. They’re also the reigning USASA National Amateur Cup champions.

Playing in the Maryland Major Soccer League, an affiliated league of the United States Adult Soccer Association, Christos FC play in what is the fourth/fifth tier of the US soccer pyramid. They’re the lowest ranked team left in the competition, and have already won three matches on the road to get to this point, and without conceding a goal in the process.

Now maybe coming up against MLS opposition will be a step too far. Or maybe it will be a footballing fairytale we love to see play out in the F.A. Cup ala Sutton United and Lincoln City this season. However it ends, it’s a great story to follow and epitomises why I’ve always love cup football so much.

Sadly, as the money takes over the game and league football is primarily all that matters any more to the big teams around the world, cup games have taken a back seat, with the top teams fielding weaker sides full of younger and fringe players. We see it ourselves here in Vancouver every year with the Whitecaps in the Canadian Championship. Something that cost us big time in the second leg against Montreal last month.

But for me the lure and magic of cup football still shines brightly. That’s been ingrained to me from an early age. As an East Fife supporter, cup games provided some of the rare excitement and success in recent season for a club with a rich cup history. We were the first club from outside the top flight to win the Scottish Cup in 1938, a record which was only matched last year, and won three Scottish League Cups in a seven year span in the 40’s and 50’s. Slim pickings since, but a lot of memories from giantkilling games in both competitions over the years.

That’s why I hate to see cup competitions devalued by clubs. Teams who see it as an annoying aside rather than a meaningful chance to win silverware. In the States, it feels that the vast majority of the clubs and soccer fans simply don’t appreciate what a wonder competition they have in the shape of the US Open Cup. The nature of the beast of the game here in North America, where playoffs are king. 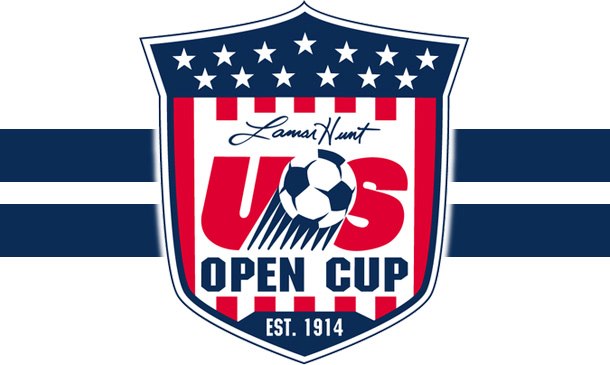 Some do, and that warms my heart. It’s a competition with a 104 year history, that is open to amateurs clubs and professional ones alike. A Cup that this season kicked in September of last year with qualifiers featuring 64 teams and will see a record 99 clubs compete from the first round proper.

It’s everything I dearly want the Canadian Championship to be. I want the Voyageurs Cup to be lifted by a club that’s had to battle against the best all across Canada, at every level of the game, in a truly national cup competition. Not one that’s contested by only five clubs every season.

The US Open Cup isn’t perfect. There’s still some flaws, but they’ve addressed some too in recent seasons with the regionalisation of matches to cut down travel and costs and to try and get MLS clubs to field stronger line-ups. It hasn’t worked, but they’re trying.

The US Open Cup is the benchmark that the Voyageurs Cup should aim to become.

I’d much rather see the Whitecaps playing BC Provincial Cup winners Club Inter, VMSL champs Coquitlam Metro-Ford Wolves, or PDL side TSS Rovers to kick off their cup campaign, than another match against MLS opposition and only entering at the semi-final stage. It may not draw huge numbers to the match, or see the ‘Caps field a particularly strong side, but it would be great for local soccer and the game in general in Canada to have these teams involved.

Change is at least on the way.

Canada Soccer announced in March that the Canadian Championship will be getting a long overdue reboot from next season. The 2018 battle for the Voyageurs Cup will be expanded to include both the League1 Ontario and Première Ligue de soccer du Québec champions. Canadian Premier League side are expected to all take part in the competition once that gets underway in 2019.

It would be nice to see Canada’s Provincial Cup champions get included in the mix, or at the very least the winner of the Challenge Trophy at the nationals. The huge omission though are Canada’s six PDL teams – Calgary Foothills, K-W United, Thunder Bay Chill, TSS Rovers, Victoria Highlanders, and WSA Winnipeg.

“I’ve talked to somebody back east that has been a very big proponent and is deeply involved in the League1 scenario,” TSS head coach Colin Elmes told AFTN. “I said to him, please give me a rational argument as to why PDL has been left out of this model. He did clear a couple of things up for me.

“Only the League1 champions will be eligible. Down in the US, 21 PDL teams took park in this year’s US Open Cup. There are 70 teams in PDL. 21 of them have qualified to become eligible to be in the US Open Cup. Now that environment has been functioning for a very long time.”

It’s something that hasn’t sat well with the PDL teams, especially Calgary Foothills and TSS Rovers who have been vocal about it on Twitter. And rightly so. You also have the likes of K-W United, who won the PDL Championship in 2015.

But as irked as they are at being left out, Elmes is at least happy that the CSA have started to open up the tournament beyond the current five participants. He would just love his team, and others, to be a part of it.

“It’s a step in the right direction, I believe,” Elmes told us. “I’ve always said, and made comments like, Coquitlam Metro-Ford Wolves, why are they not able to find some way to be in a challenging environment to be part of that? So they’ve opened it up [with a view] to the Canadian Premier League set up.

“Clearly they’ve made a statement here to suggest that PDL is not on the radar, at least not right now. Some people have actually said things to me like ‘oh it’s an American league’, and I’ve countered in about 1.2 milliseconds so are all the leagues of everybody.”

But it does appear that the PDL is certainly looked at differently than MLS, USL, and NASL by the powers that be in Canadian soccer.

“It would be interesting to get into a room, and stay calm, and talk through the reasons why,” Elmes said. “One of the reasons I was given, by this person who will remain unnamed, was that the CSA is not that big on PDL.” 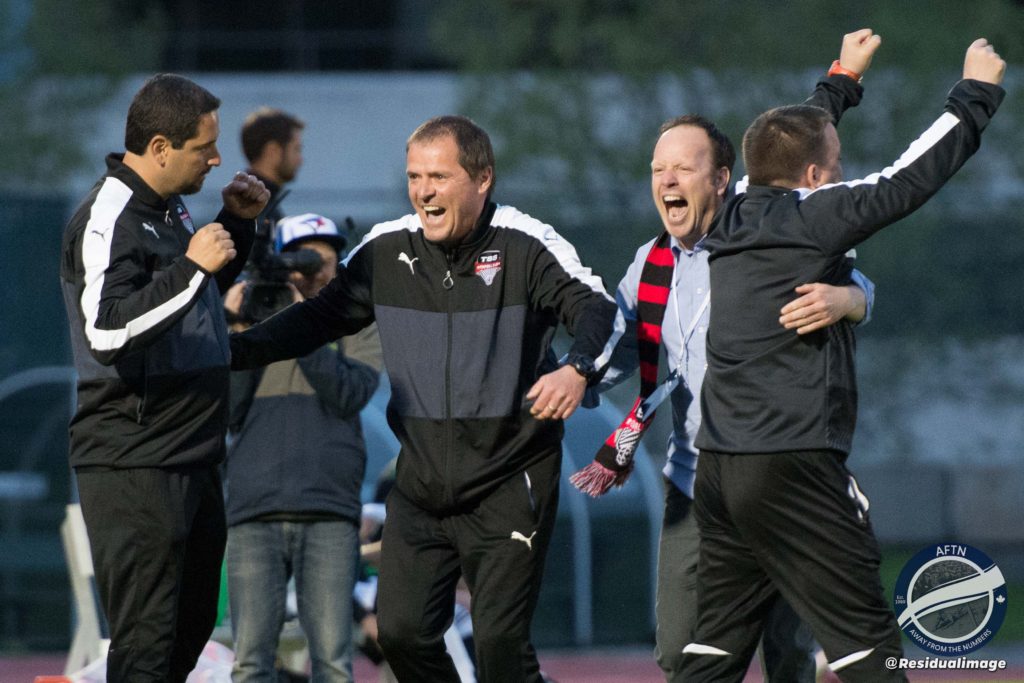 Disappointing, but perhaps not unsurprising with the push to get existing and new Canadian clubs to be part of the Canadian Premier League or a regional Tier 3 league.

“They’re not that big [on PDL] now because of League1,” TSS’ Will Cromack added. “It’s a carrot perhaps for people to join RT3… We always feel that clubs should be allowed to participate if they so like. In anything. Whether that be leagues or otherwise. Meet the standards of the league and you enter. You earn your way in. It should be a meritocracy. It should be, we’re here and we’re paying to exist.

“We’re actually the only club that we know of, including League1, that we’re only here for Canadians. So why wouldn’t be allowed in our own Canadian Championship? For me, it’s just systematic of a broken system that wants to be controlled, when the only way to free and to create and to develop players is to open it up, so clubs can be free to develop their clubs how way that they want them.”

Part of the reason we’ve heard on the grapevine for the omission of PDL clubs from an expanded Canadian Championship is down to the length of the PDL season, which only runs from May to July.

“It’s interesting the excuses and stories that come out,” Elmes told us. “I’ve had someone say to me, oh the [PDL] league is only 10 week’s long. So I’m like, okay, is there some kind of goalline that says that it needs to be 11 weeks? League1 is 16 weeks. So the litmus test is somewhere inbetween 10 and 16 weeks in whether that particular group is eligible and stuff.

“It’s been interesting because clearly not many people have said anything publicly, but the comebacks privately have been very, very weak. The reality is unfortunately that there is a level of protectionist for a situation occurring here. The people that make these decisions want certain environments to thrive.”

For Elmes and TSS Rovers, the issue isn’t much more than sidebar right now as they get on with the business of getting through their first PDL season. But it’s the principle of the whole issue for some of the other highly respected clubs that adds to his feeling of unfairness to it all.

“Let’s look at it a bit deeper,” Elmes said. “TSS is obviously this group that has rattled a few cages over the years, but how do you explain this to Calgary Foothills? Seriously. One of the best clubs in the country.

“A member of the Alberta Soccer Association. A women’s team now. A men’s team. Multiple national championship involvement over the years at club level. How does one go to them and say you know that team that you’ve got at under 23, well they’re in the wrong place?”

There’s no doubting that the Canadian Championship will continue to grow and expand in the coming years. That is only good for the competition, the clubs, and the game here. Will it eventually end up as a Canadian Open Cup? Truly accessible to every sanctioned Canadian club that meets the qualifying criteria? No matter the league. No matter whether professional or amateur.

We hope so, but won’t be holding our breath. For now, at least we can enjoy the US version.

If you want to watch Christos FC’s bid for a massive cup upset, you can find a stream for that match and most of the others at the excellent TheCupUS site, when confirmed.