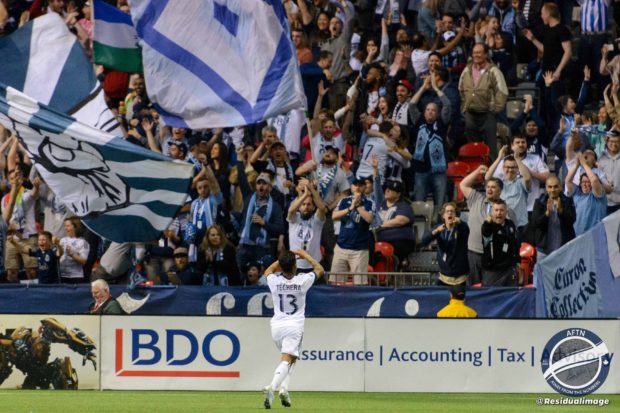 Well that was the week that was. All that was missing was Millicent Martin singing the national anthems before the game.

With off the pitch situations casting a dark cloud over Vancouver Whitecaps over the past couple of days, getting some actual game action to talk about was a welcome change for everyone.

Unfortunately the first half of Vancouver Whitecaps clash with FC Dallas at BC Place on Saturday night did little to lift the gloom. With little of an inspiring nature from either side, the teams headed in goalless, in a half marked by giveaways.

The second 45 minutes provided more enjoyment, with the game finally bursting into life in the 52nd minute on a nice individual goal from Maxi Urruti. The Argentine pounced to dispossess his countryman Mati Laba in the middle of the ‘Caps half, running in on goal, and firing low past David Ousted, whose view was shielded by a crowd of players.

Dallas couldn’t find the second and Vancouver’s fortunes finally changed with the introduction of Alphonso Davies just before the hour mark, but it was Cristian Techera who was to prove to be the difference maker for the ‘Caps, hitting home a stunning, dipping free kick from 27 yards out to tie things up with 16 minutes remaining.

Neither side could find a winner, and considering the week they’ve had, the players missing, and the opposition, this was a good point for the Whitecaps to come away with. 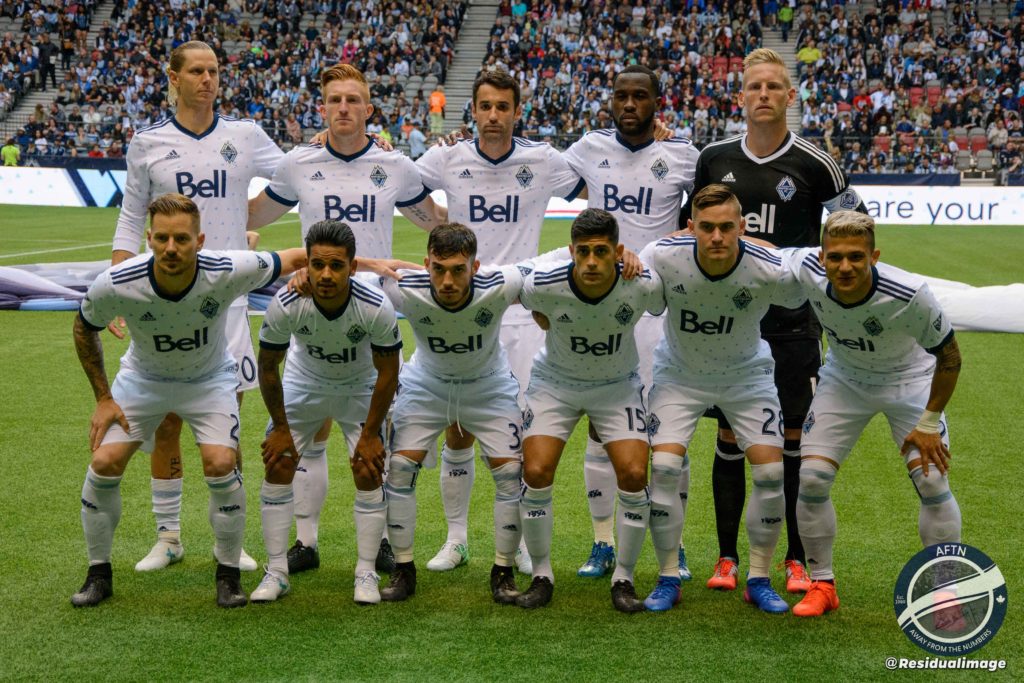 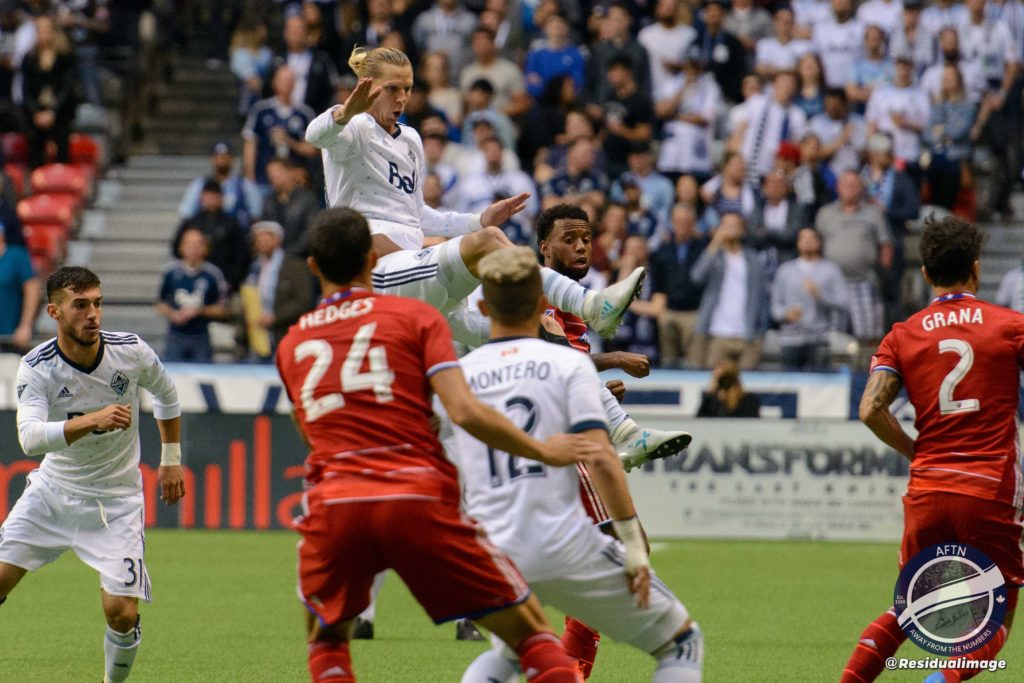 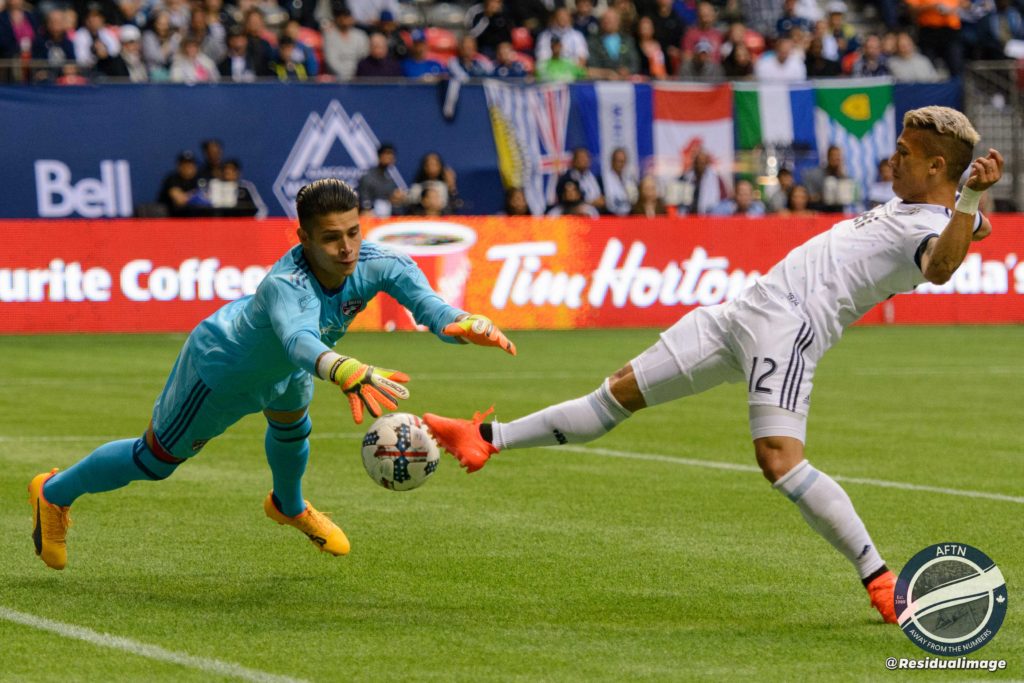 Not much to write home about in the first half but Fredy Montero tries to poke one in, but it ends up in the side netting 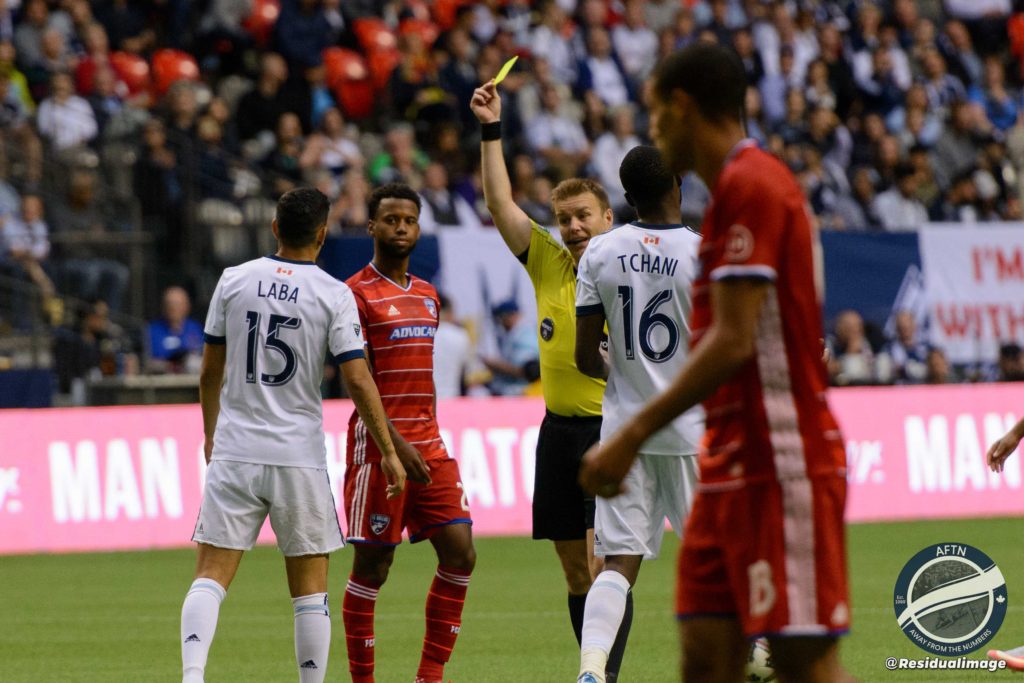 As the second half gets underway, it wouldn’t feel like a Whitecaps game without a Mati Laba booking 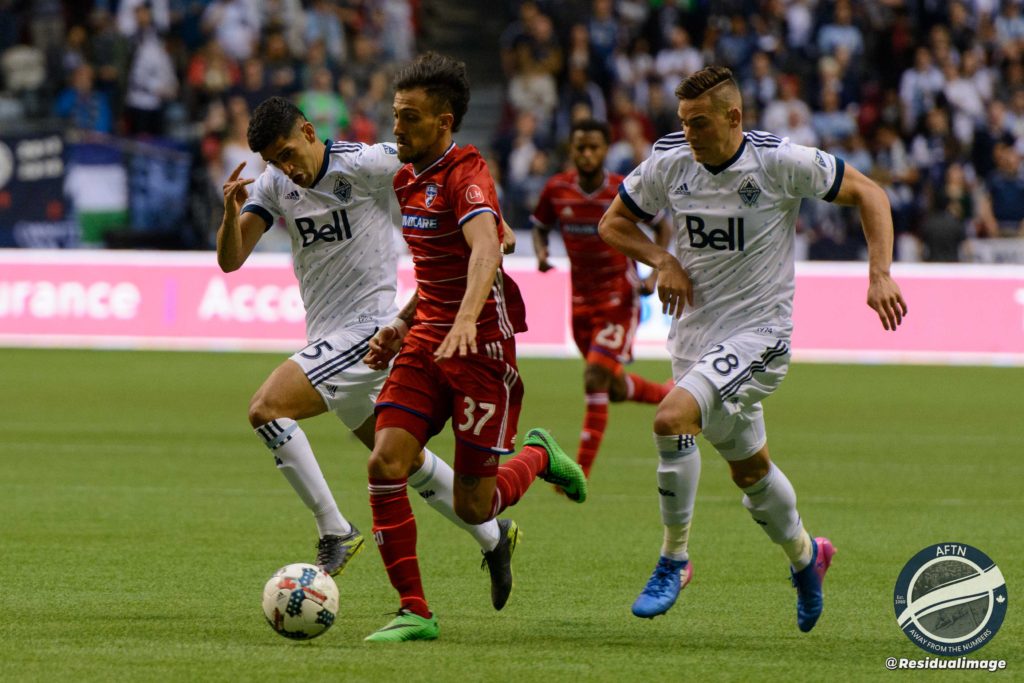 And Laba’s day get worse in the 52nd minute when he dawdles too long on the ball, allowing Maxi Urruti to dispossess him and head to goal 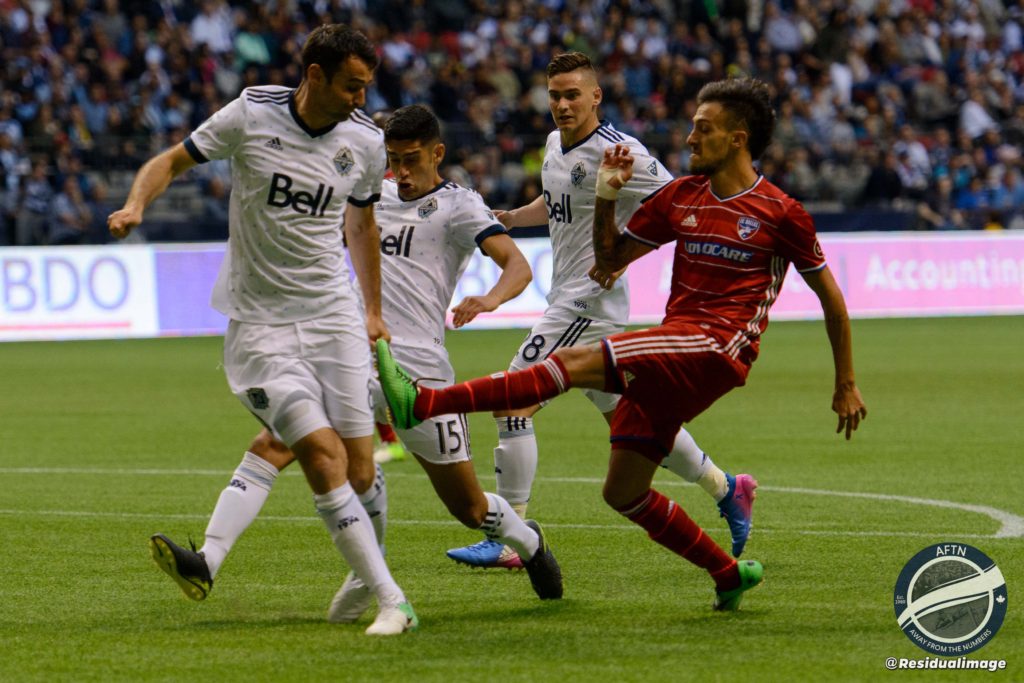 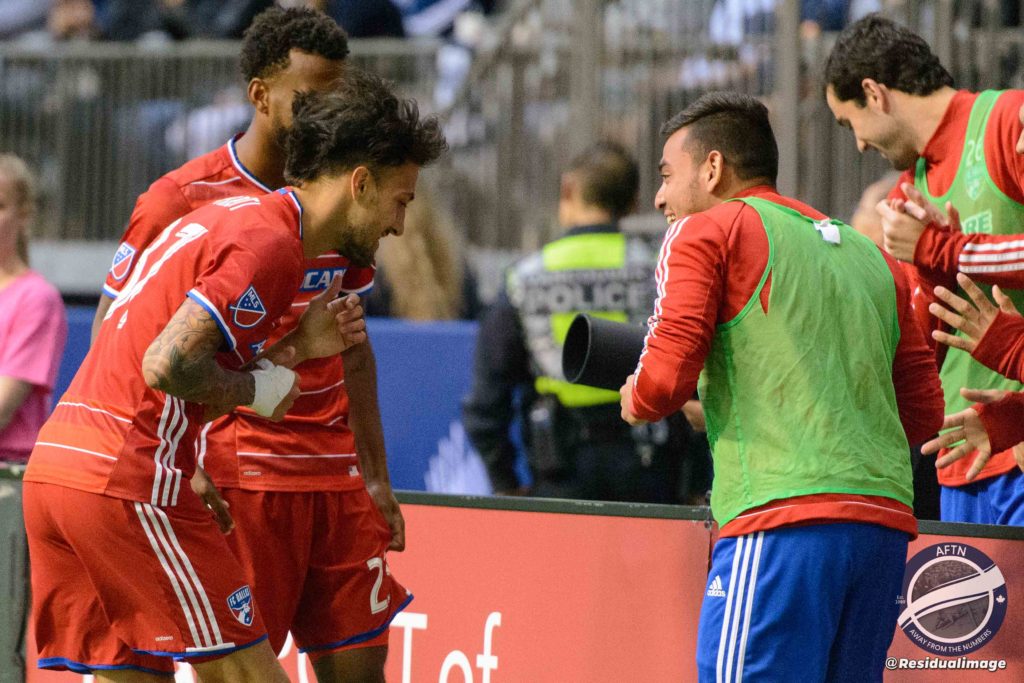 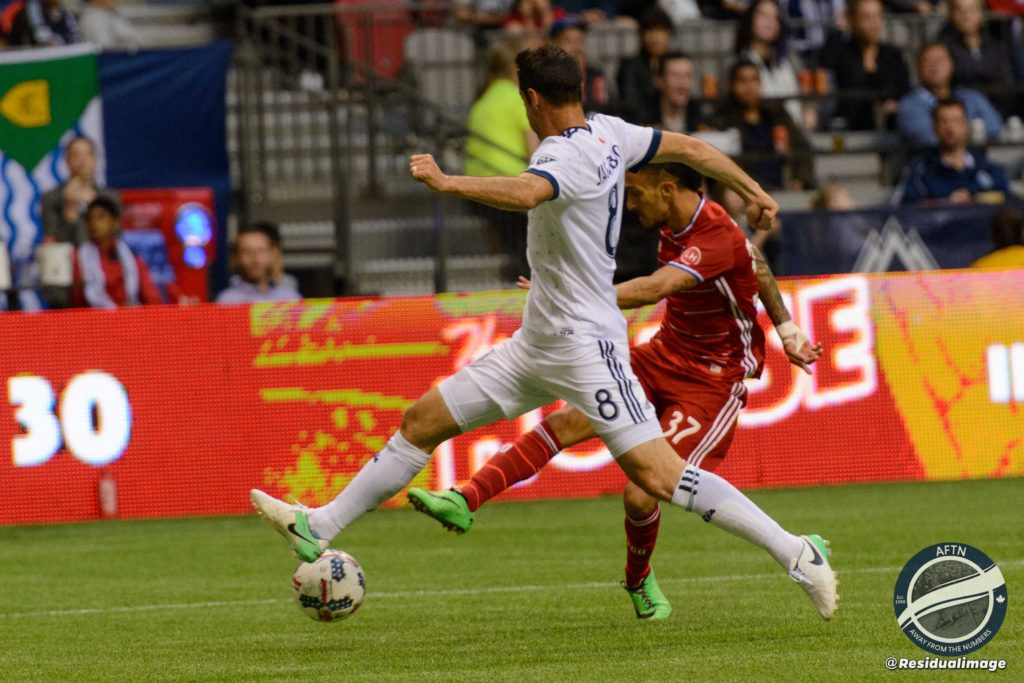 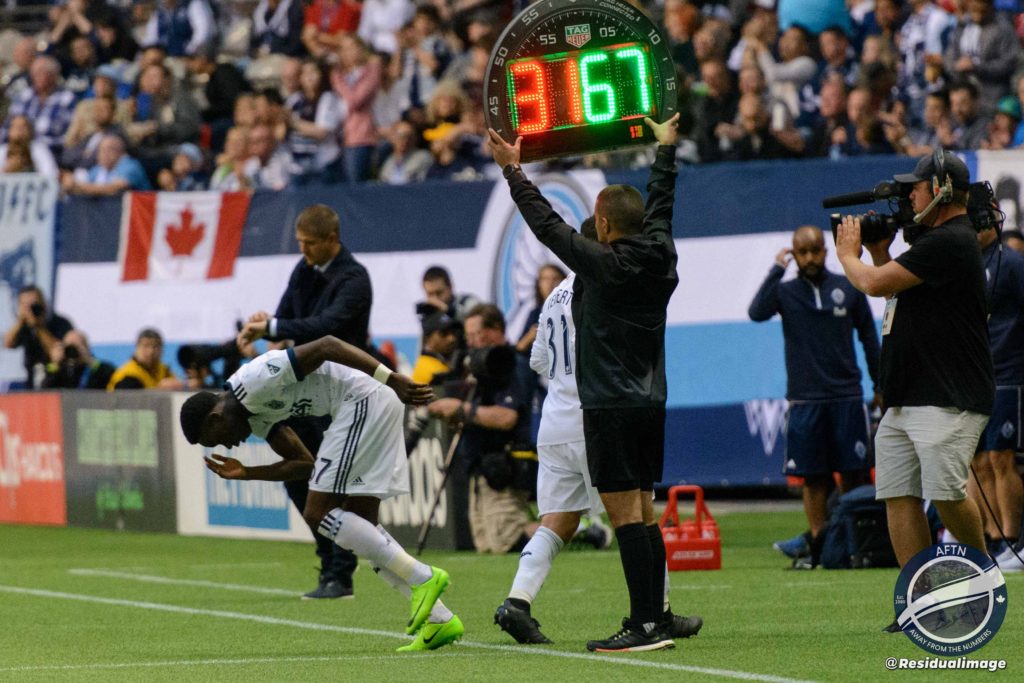 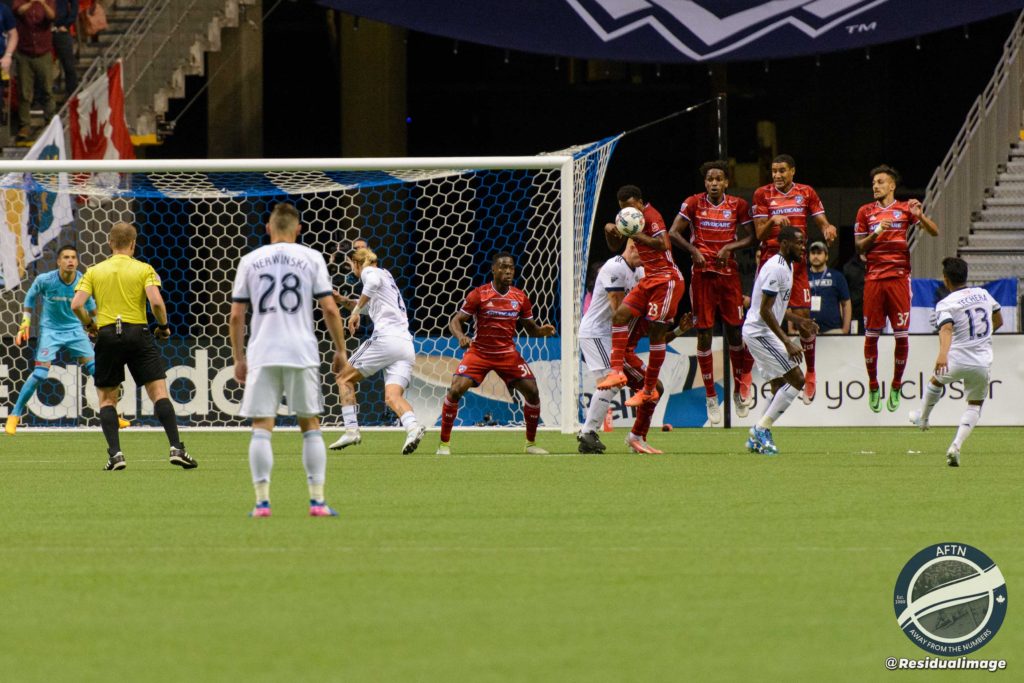 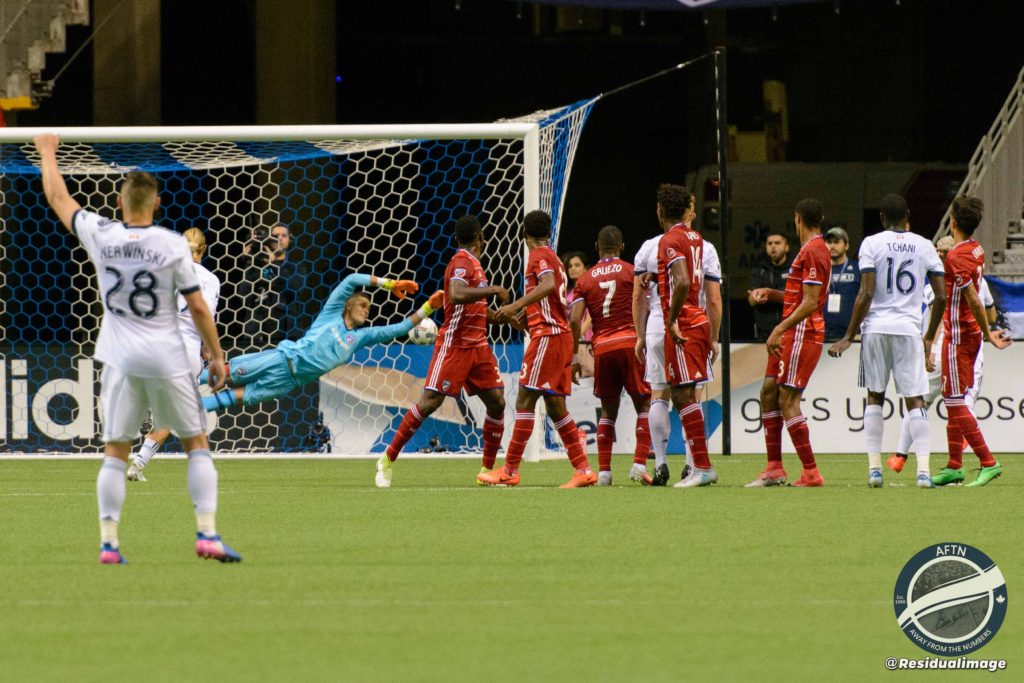 Over the wall and into the Dallas net 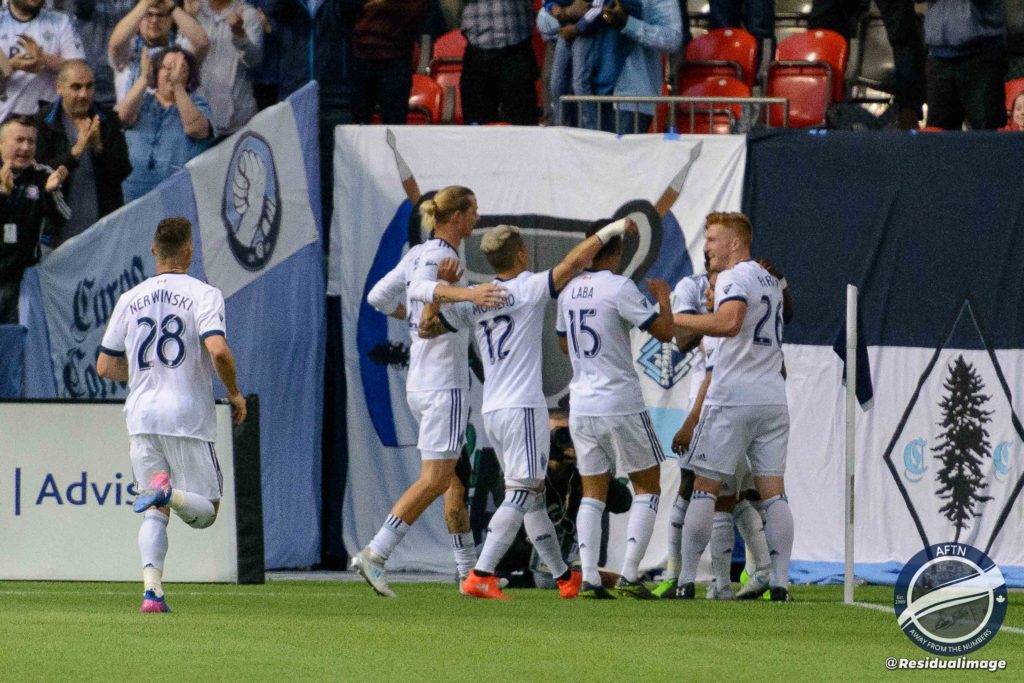 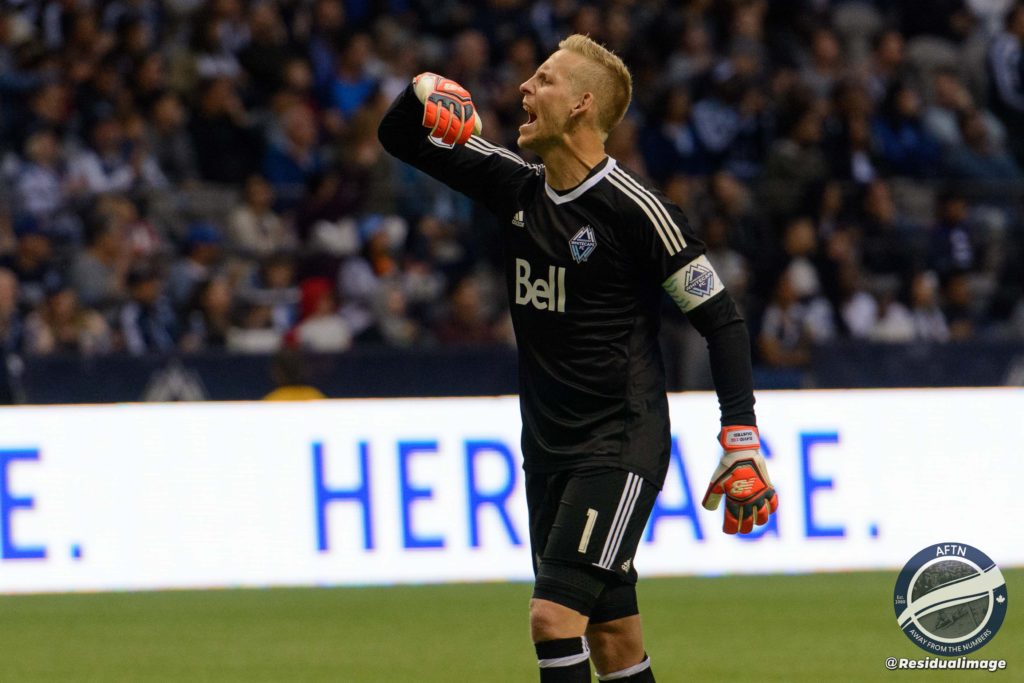 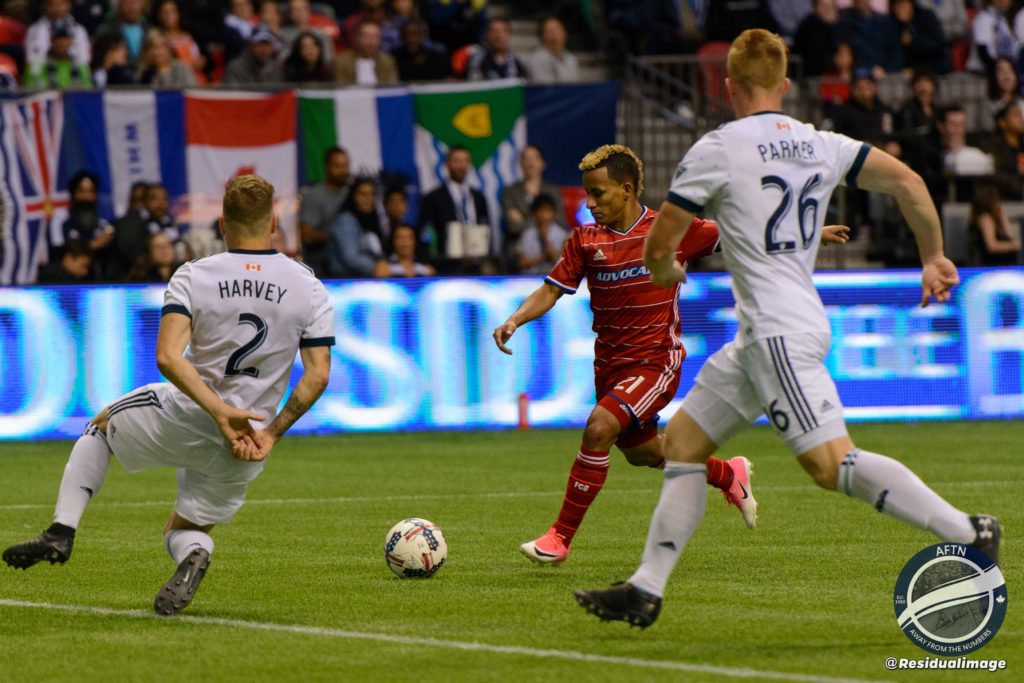 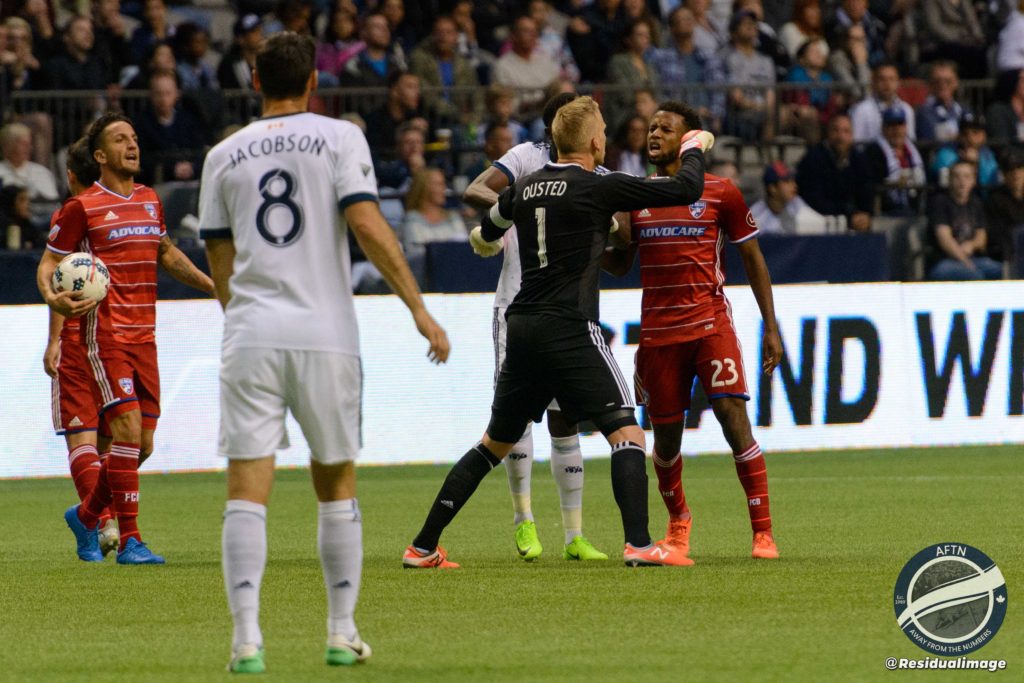 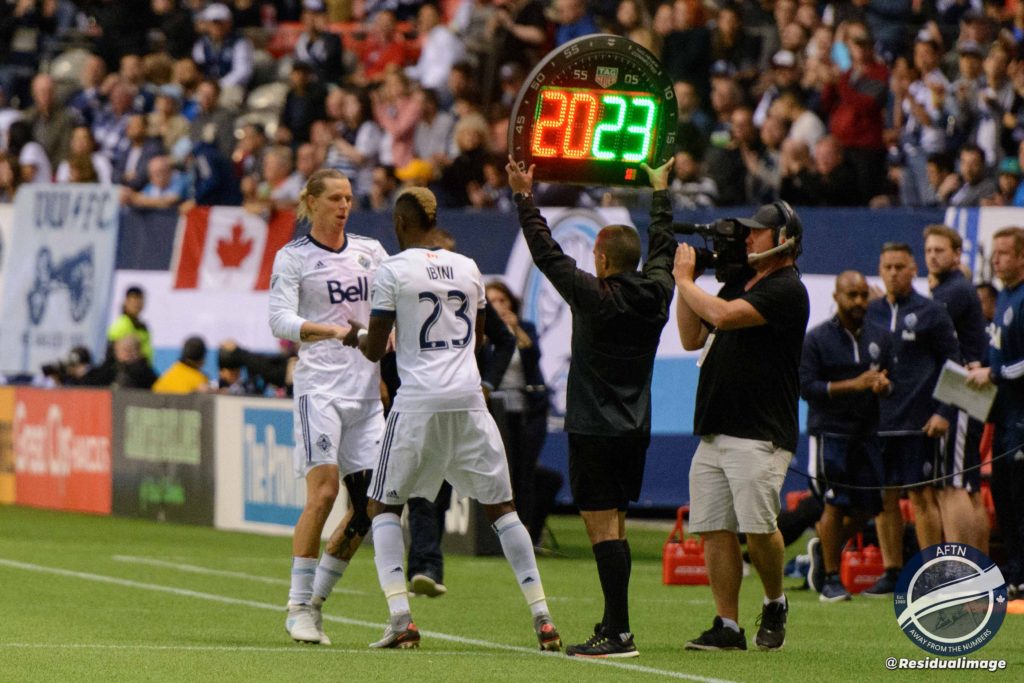 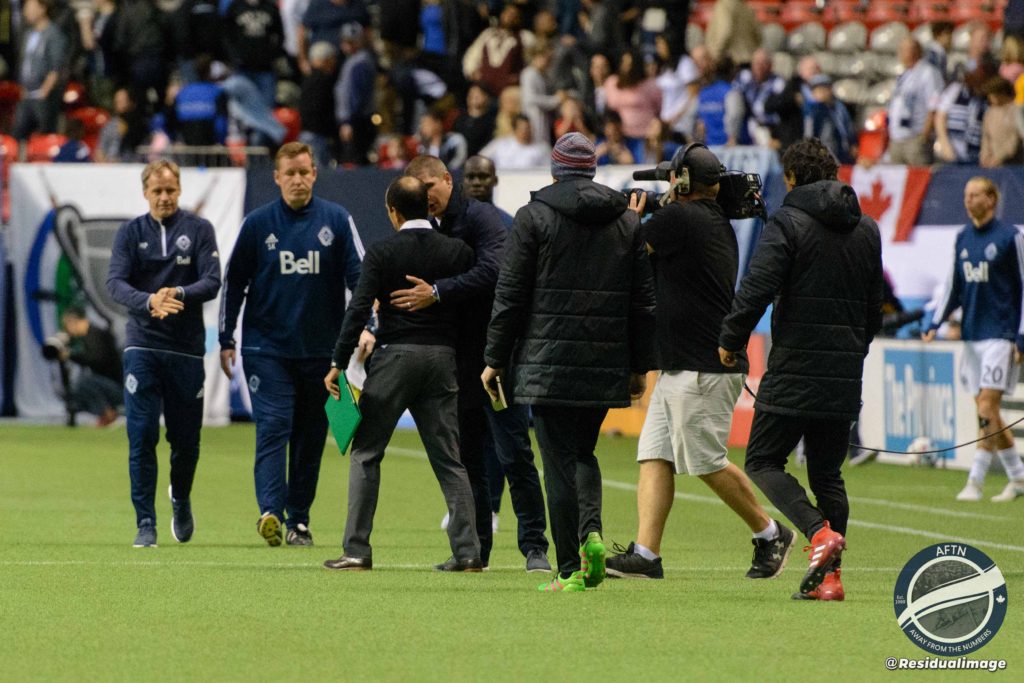